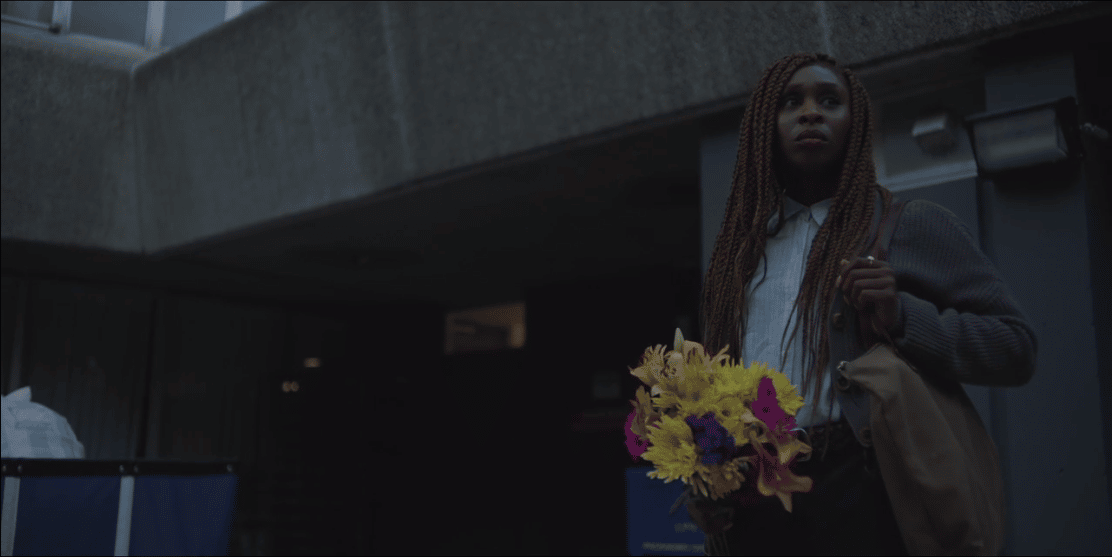 The recap of the premiere episode of The Outsider mentioned Stephen King’s fascination with twins and doppelgangers, exploring it in several books to varying degrees of creepiness. Perhaps his most well-known take on it is The Dark Half, a novel that is eerily meta in terms of King’s feelings about his writing alter ego, Richard Bachman. Like Thad Beaumont, the protagonist, King “retired” Bachman for a while, after using Bachman’s name to write “Rage,” a short story about a school shooting that he would eventually regret publishing, even refusing new printings of it. In The Dark Half, Beaumont’s alter ego, George Stark, not happy about his retirement, comes to life as a rotting, murderous version of Beaumont, killing those he believed gave Beaumont the idea to let him go. The novel ends on an ambiguous note, never really saying either way if Stark is real, or an alternate personality of Beaumont’s.

Though traditional doppelganger folklore doesn’t specifically say as much, pop culture has determined that they’re always manifestations of our darkest impulses and desires. Your doppelganger isn’t likely to be out there feeding orphans and helping old ladies cross the street (unless you yourself are a doppelganger — or did I just blow your freaking mind??). That idea is chilling enough on its own, but the latest episode of The Outsider, “Que Viene El Coco,” gives it an extra malevolent, breathtakingly cruel twist.

If you’re enjoying Cynthia Erivo as Holly Gibney, you’re in luck, as fully 75% of the episode is devoted to her. The show is still dancing around what exactly is the nature of her “quirkiness,” but, to be fair, it’s not entirely relevant. Despite what her social limitations might be, Holly is out there literally walking the beat on this case, while Ralph’s (Ben Mendelsohn) research so far has been reserved largely to his computer and watching security camera footage.

Still in Dayton, she learns more about Heath Hofstetter (Martin Bradford), the nurse who worked at Terry’s father’s nursing home and was later convicted of the murder of two little girls. Although she has to endure a blast of pepper spray to the eyes first, Holly hears from a co-worker of Heath’s (Suehyla El-Attar) a story all too similar to Terry’s — irrefutable DNA evidence despite a solid alibi that puts him nowhere near the scene of the crime.

Holly is out there literally walking the beat on this case, while Ralph’s research so far has been reserved largely to his computer and watching security camera footage.

In exchange for a casual date with Andy Katcavage (Derek Cecil), a flirty former detective who worked the Hofstetter case, Holly learns that, like Frankie Peterson’s family, the murdered little girls’ mother and grandfather both died shortly thereafter, as did Hofstetter’s mother and brother. “It’s like a plague,” the detective notes. A plague that, perhaps, starts with scratching someone, as we learn Heath Hofstetter did, when Terry bumped into him at the nursing home. And, as Ralph discovers, Terry (or who he thinks is Terry) did to Claude Bolton (Paddy Considine) the night of Frankie Peterson’s murder.

Holly follows a new thread to New York City, where Heath visited a few months before the murders and had a fling with Maria Caneles (Diany Rodriguez), a bartender at his hotel. Astonishingly, Maria is also in jail for the murder of a child, under the same circumstances as Heath and Terry — DNA match despite a solid alibi, tragedy and death touching the family members of victim and accused killer alike, etc. Maria denies ever spending time alone with Heath, though, according to flashbacks, he spent time with someone who looks like her, and who scratched his back during sex.

“Que Viene El Coco” fills the audience with the same kind of dread as King’s The Stand, in that there’s some sort of unknowable force that we can’t see on a path of single-minded, locust-like destruction. Sometimes it uses people for its tools, sometimes it uses people for its prey, but sooner or later everyone is touched by it, and everyone pays for it one way or another. Though it’s assumed that Claude will soon be inexplicably spotted in two different places at the same time, with the blood of another dead child on his hands, Jack (Marc Menchaca) seems to be preparing himself to be some sort of tool for this mysterious being’s use as well. In one scene, he buys what appears to be the entire inventory of a hardware store, only to leave it all piled up in the middle of the woods next to the rotting remains of a deer carcass, as if it’s an offering to whatever it was that left the burn on the back of his neck.

We can also see the being doing its insidious work on Glory (Julianne Nicholson), who tries to contend with reporters disguising themselves as homeschool teachers, and threats against the lives of her daughters to “even the score” with quiet strength and dignity. You can see her will sagging a little, though, and this is all part of the nefarious plan, to wear her and her children down until either they hurt themselves, or someone hurts them. As Idylis Castro (Susanna Guzman), a visitor at the prison who overhears Holly’s conversation with Maria, explains to Holly later, this is the nature of a creature who goes by many names in many cultures: El Coco, Black Annis, Baba Yaga, the Boogeyman. “The Grief Eater,” Idylis calls it, who wreaks unimaginable horror and then dines on the pain it causes. “The suffering of the family is its dessert,” Idylis says.

In short, Frankie Peterson is dead. Terry Maitland is dead. But it’s still not finished yet. It’s still hungry. If the mere idea of that doesn’t send a chill up your spine, particularly when you think about someone you know who never seems to have any kind of luck but bad, I don’t know what to tell you.

Ralph seems to still be grudging at best about the fantastical elements Holly is exploring, but can no longer deny that something he may never fully understand is going on when he’s paid a visit by Merlin Cassidy (Jakob Gruntfest), the kid who originally stole the van later used in Frankie Peterson’s kidnapping and murder. He admits to Ralph that he did see who drove the van away from where he left it in Dayton, but was too frightened initially to tell him. Merlin draws a figure whose facial features aren’t quite formed —  blurry, you might say, like Jessa Maitland’s nighttime visitor. The visitor Ralph tells Jessa she doesn’t need to worry about, because he isn’t real. We tell our children these things to comfort them, or in the inverse, to make them behave, even though, as Idylis tells Holly, “It doesn’t matter. It still takes what it wants.” 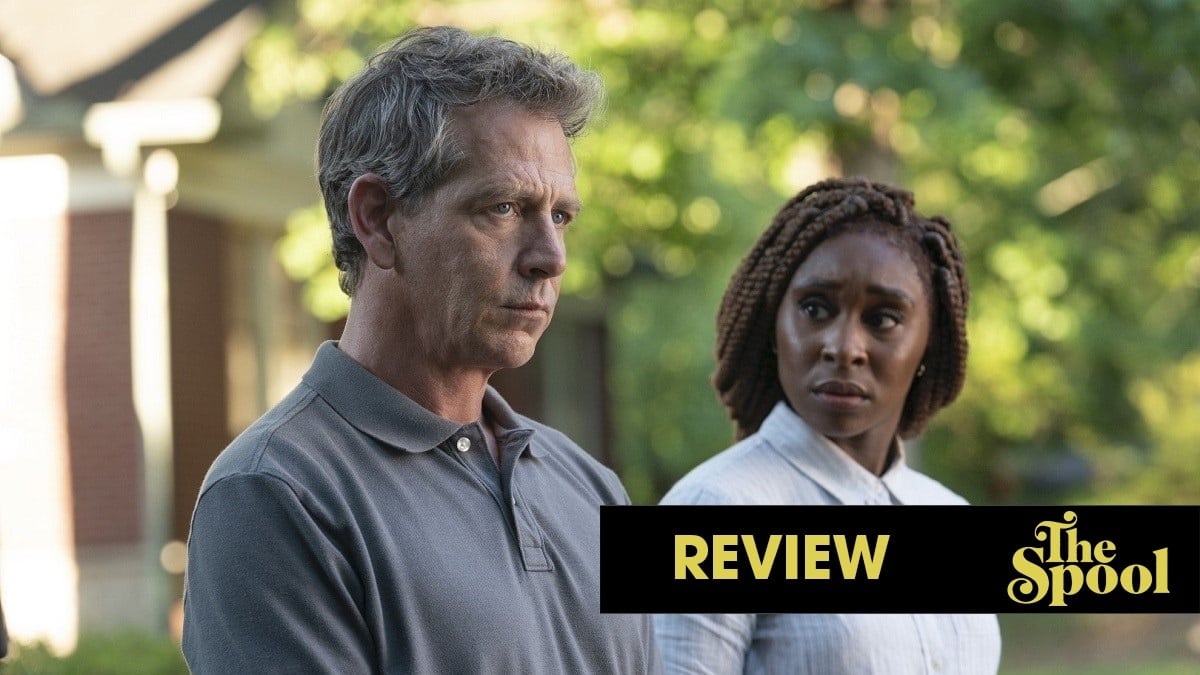 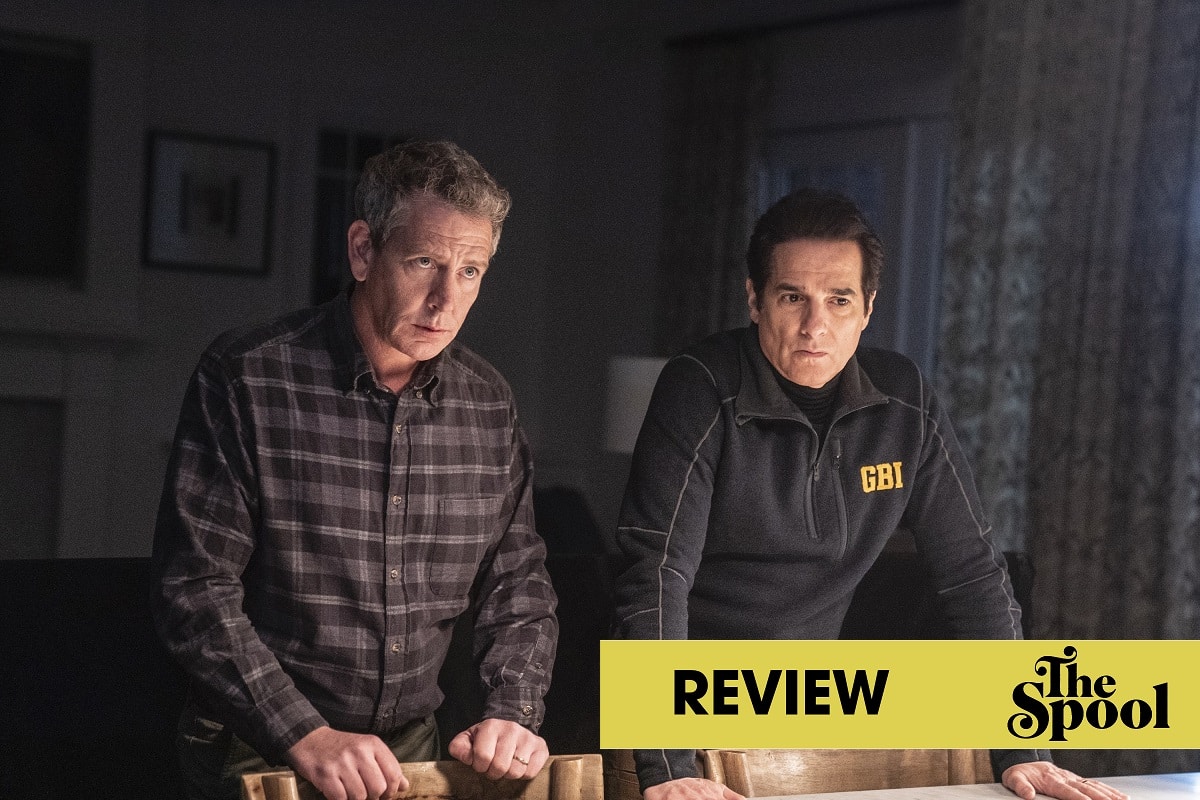 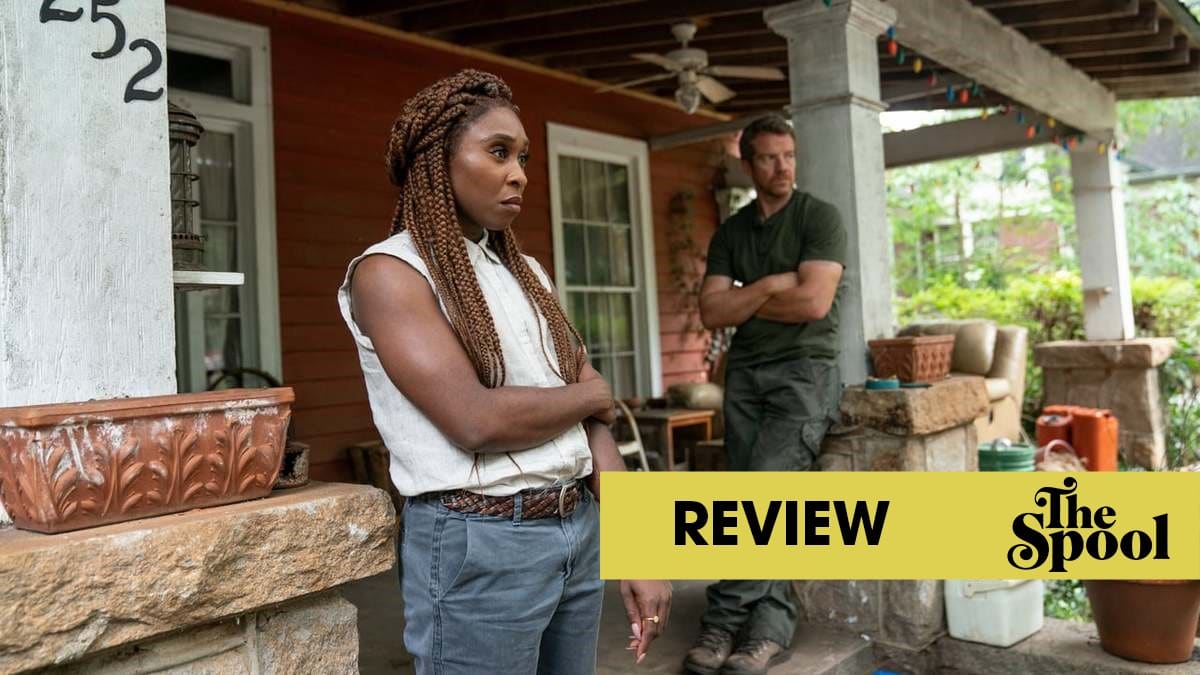 “The Outsider” Recap: “Tigers and Bears”

The team figures out where to center their attack, as the penultimate episode of the season continues to struggle with pacing.