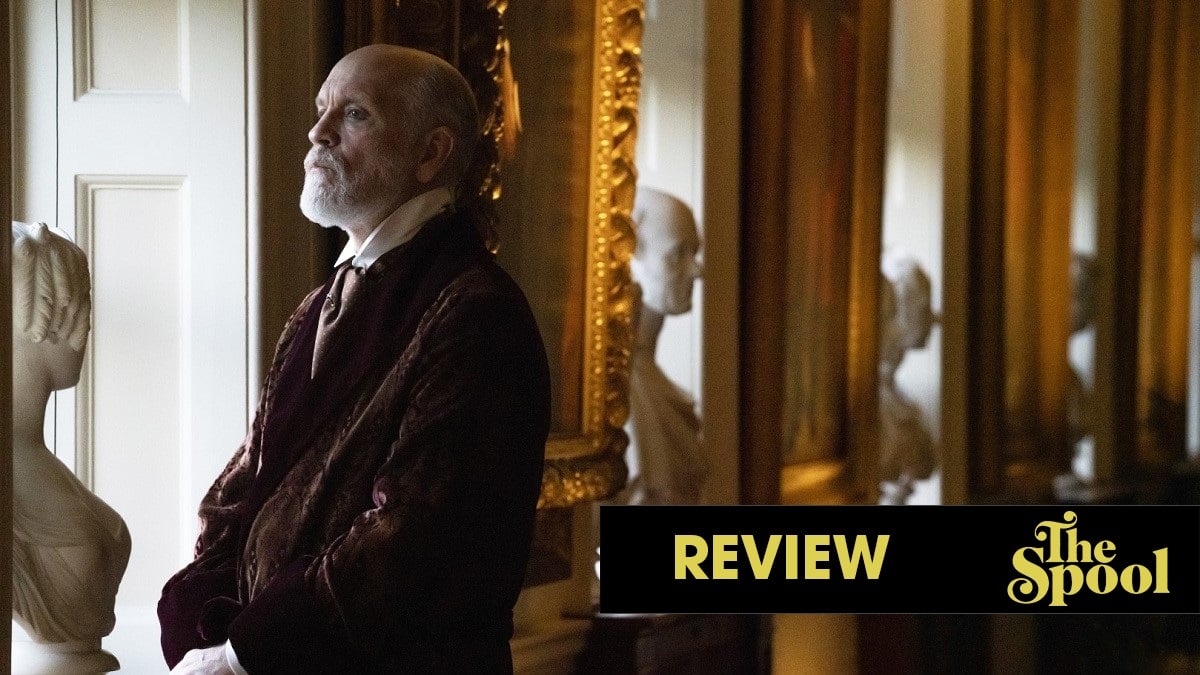 As The New Pope opens, nine months have passed since Pope Pius XIII (Jude Law) collapsed at the end of The Young Pope. While life at the Vatican continues on with surface-level stability, tensions mount internally and externally. Secretary of State Cardinal Voiello (Silvio Orlando), bowing to pressure and his ambition, calls for a new Conclave. When it becomes clear that a career built on manipulation and cruelty does not make you a popular candidate for Pope, Voiello puts forward a naïve, easy-to-control candidate instead. And predictably, he proves to be anything but.

Chaos is a fitting a term for The New Pope, a show that seeks to do so much of it and all at once.  While no doubt an oversimplification, Paolo Sorrentino — the show’s creator and director of all nine episodes — has a bit of the Italian Ryan Murphy in his work. Sorrentino loves an overstuffed plot, dollops of camp, and the cacophonous clash of drama and comedy. He also has Murphy’s habit of casting actors with physical or psychological disabilities in roles that vacillate between affirming and exploitative. Sorrentino is certainly better at it, but it nonetheless comes up more than once in The New Pope.

This chaos makes Pope a perplexing watch. At times, it is wildly funny, as with nearly all of Voiello’s dealings with a group of nuns “on strike”. At others, for instance, in a scene where a religious leader is carried aloft across a crowded city square, it can achieve an aching beauty. Often though, it ends up in tonal muddle, struggling to make the mishmash work.

When it goes awry, it can be difficult to sit with. At one point, a character comments on how closely Sir John Brannox resembles actor John Malkovich. Brannox, of course, is portrayed by Malkovich. It’s such an odd choice, and it ends up completely derailing what is otherwise a potent mix of flirtation and foreboding. It is, alas, not the last time Pope undercuts itself by overestimating its cleverness.

The show is also very preoccupied with sex. Given this is the Catholic Church, this is perhaps understandable. Catholicism has recently been struggling to deal with a legacy of decades of child sexual abuse. Even before that had been revealed in full, the Church has been both a symbol of sexual fetishism (schoolgirl uniforms, nuns and priest dress) and of repression (anti-birth control, functionally anti-gun). All the sex and nudity that Pope boasts rarely feel as though they offer insight or challenge. It is provocative, for certain, but the provocation is an empty one.

It is to The New Pope’s benefit, then, that Sorrentino knows the rest of the parts that make a television series work. To start with, he has a great eye for imagery. Whatever struggles Pope has in terms of realizing and managing dramatic climate, it never seems to infect what we see on the screen. Aided by longtime collaborator cinematographer Luca Bigazzi as well as skillful art, production, and set design, Sorrentino builds wonderful shots. He boasts an impressive feel for large estates like Brannox’s family compound or the Vatican itself. He can highlight both how vast and empty or claustrophobic and imprisoning they seem, depending on the moment and the person involved. The way the show uses light, shadow, and color similarly reflects the mix of the solemn, grandiose, and garish that is part and parcel of life at the heart of the modern Catholic Church.

Whatever struggles Pope has in terms of realizing and managing dramatic climate, it never seems to infect what we see on the screen.

His work with actors also impresses. Silvio Orlando is far and away the show’s MVP. In burrowing deeper into Voiello, Orlando makes the Secretary of State both funnier and more human than in Young Pope. Law and Malkovich by no means just hand him the spotlight, but he nonetheless ends up being the most interesting character of the season. Other returning players like Ludivine Sagnier as Esther, the most fervent of converts, and Cécile de France’s publicist Sofia similarly find ways to deepen and broaden their characters to the benefit of the show.

When it comes to Pope’s music, Sorrentino (with Alessandro Cellai and composer Lele Marchitelli) has repeated his success from The Young Pope. A collection of modern and classical instrumental, pop, dance, and hip hop, The New Pope is well served by its soundtrack. Once again, the contrasting tones here seem to work better than the ones of the plot. Particularly in the first few episodes, it links together so well. The show moves from the Sofi Tukker theme to instrumental to a sort of pep rally chant version of hymn perfectly. Somehow it just works.

Ultimately, The New Pope is saved by these visual and auditory aspects. No matter how the show may struggle with its tone and plot, it never stops looking and sounding great, showcasing excellent acting from a range of players. The benefits of throwing everything at the wall as fast as possible to see if it sticks is that, frequently, enough does to distract from that which doesn’t. With Sorrentino and his collaborators being so sure-footed on imagery and music, his shortcomings in story and atmosphere seem diminished, less noticeable. The New Pope is but the latest example of that reality.

The New Pope throws on its robes and gets pompously pious on HBO January 10th. 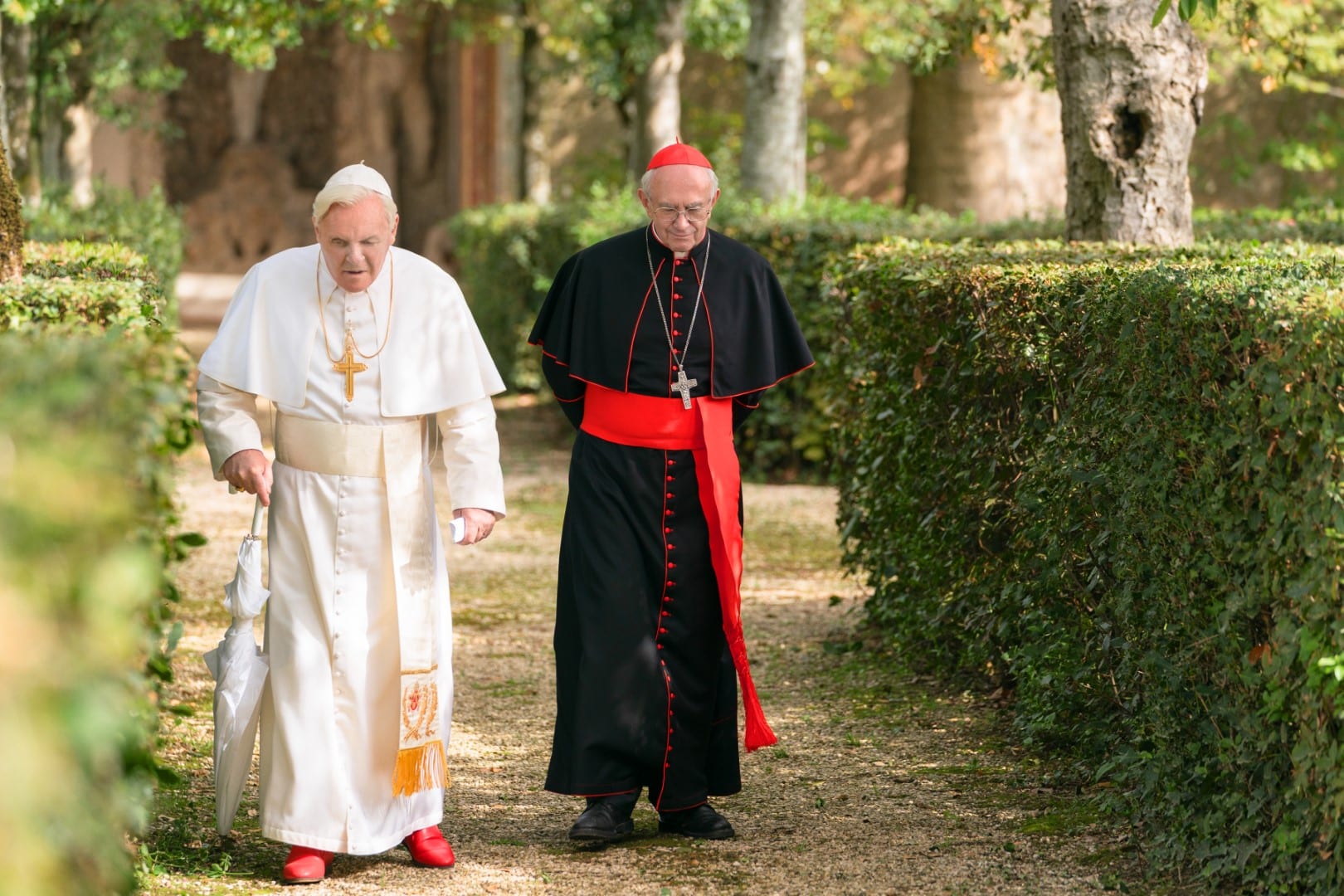 Fernando Meirelles explores the complexities of a church in transition in a vibrant, funny film with two divine lead performances. 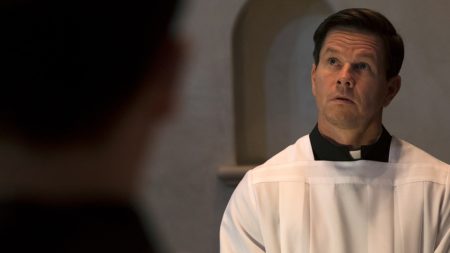 It would take a holy miracle to salvage Father Stu 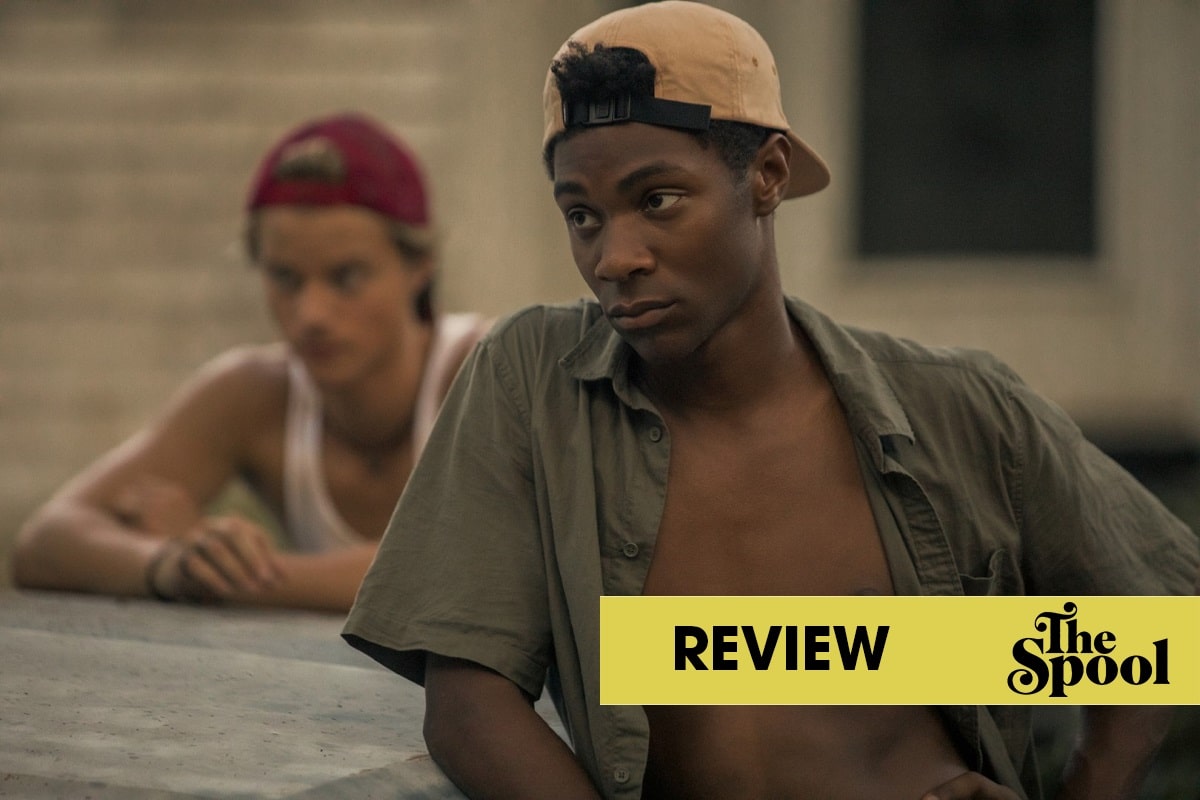 If Your Brain Needs A Vacation, Come to “Outer Banks”

Netflix’s new teen drama is more CW than anything else, and doesn’t offer much else than overstuffed teen antics. In the early moments of Outer..