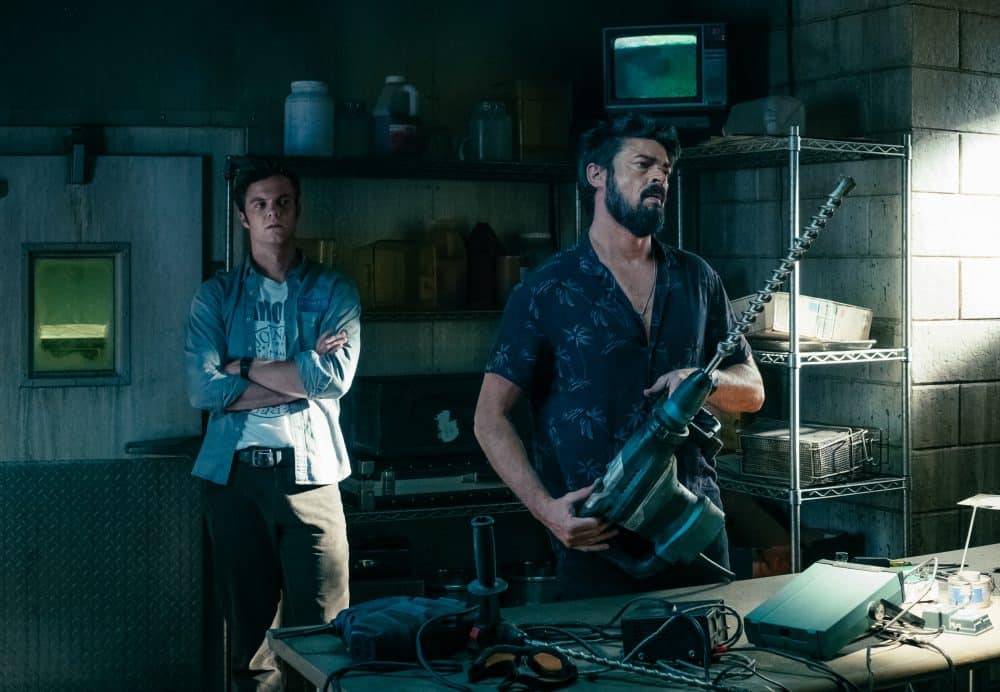 If you’ve read any entertainment thinkpieces in the past five or so years, chances are you’ve encountered some version of the assertion that superheroes, once a subculture, have become the culture. While that is debatable, it is certainly true superheroes have become undeniably a massive part of the film and television landscape. As a result, the genre tropes and personalities are ripe for dissection, analysis, and sendup. The Boys are aware of that halcyon call and have reported for duty.

Hughie Campbell (Jack Quaid) is a genial guy — a bit too afraid of conflict perhaps, but a decent person. He and his girlfriend Robin (Jess Salgueiro) have a sweet, flirtatious relationship and seem to be tumbling towards cohabitation. And it all ends in a moment, blown apart by a speedster named A-Train (Jessie T. Usher) who runs down Robin, claiming her as collateral damage in an apparent super-powered conflict.

Billy Butcher (Karl Urban) learns of the tragedy and leverages it to recruit Hughie into a very personal war on the “Supers”. Before long, Hughie, Butcher, and his two former teammates — Frenchie (Tomer Capon) and Mother’s Milk (Laz Alonso) — stumble upon a massive conspiracy. Butcher wants to hurt the Supers, especially Homelander (Antony Starr) — a sort of evangelical Captain America-meets-Superman figure. Now he might bring down the whole concept of superheroes.

Meanwhile, on a parallel track, Annie January, aka Starlight (Erin Moriarty) has fulfilled a lifetime dream of joining the premier superhero team The Seven. However, she quickly finds that serving with Homelander, A-Train, Queen Maeve (Dominique McElligott), Black Noir (Nathan Mitchell), Translucent (Alex Hassell), and The Deep (Chace Crawford) does not live up to expectations. A random park bench encounter between her and Hughie further entangles them in this conflict seemingly destined to end in brutality.

On a performance level, I have nothing negative to say about the main players. Moriarty, in particular, does excellent work as a person who has achieved everything she always wanted just to realize that she had been misled by both her family and her dreams. Starr makes Homelander appropriately chilling, a pretty monster filled with contempt for the people he disingenuously asserts are “the real heroes”. Urban, on the other side of the divide, nicely fills out Butcher as someone content to play the role of “bastard but for the good ones”. The unraveling of his mask is not unexpected but nonetheless involving.

Similarly, the look of The Boys is impressive. The show never shies away from giving us real true costumed heroes while resisting the temptation to make them look cheap or ridiculous. The world of Boys so accepts them as is that, as a viewer, you too easily adapt to a man wearing the American flag literally as a cape. By the end, it feels as common as a business suit, if not more so. The show wisely limits its superpowered theatrics, giving each of those moments a big enough budget not to feel low-rent.

It wants to do all the tones at once, but it never seems to get the recipe right.

Take “The Deep”, for instance. Chace Crawford shows more range here than he has in any other project. However, the show just can’t figure out what to do with him. Is he a tragicomedic idiot figure? A truly sad super who too over his head to do good or to just get out? A sexually abusive asshole? Is it possible for him to be all at once? Sure. But the show cannot blend the styles at all. There is little consistency to the gaze Boys level at him. One moment we are watching him be abused and degraded, violently. The next, we see him wandering around his apartment to “Everybody Hurts”. The tones just don’t gel.

And yet, those brief moments it gets it right, it gets it so right. In episode 5, “Good for the Soul” the action mainly revolves around the Believe Expo, the apparent brainchild of the super stretchy Ezekiel (Shaun Benson). The episode does introduce yet another woefully underdeveloped idea into the show — the superpowers have been seized on as “gifts from God” by the evangelical set. However, it is easy to figure in the way the episode slowly confronts Starlight, again and again, that the movement — Capes for Christ — she once found so comforting now feels empty and hollow. The episode nails its blackly humorous moments, its bratty “look at these superpowered jokes” moments, and still manages to be an honest portrait of someone discovering their faith no longer fits.

If only The Boys could have kept itself more in the “Soul” lane and less in “The Deep” end.

And yet, because of an episode like “Soul” or the moments like it throughout the other episodes, one cannot fully dismiss The Boys. Yes, it can be utterly too proud of itself. Yes, it is often facile instead of reaching deeper. And yes, they never really manage to change tones without giving you whiplash. However, it too frequently connects, too often compels, to not be watched. The performances save the show too often to be ignored. It is a television show that mirrors its protagonists and antagonist almost perfectly. Its sins are too large to be truly forgiven, but its strengths are too prominent to be denied.

The Boys are back in town on Amazon Prime Video August 2. 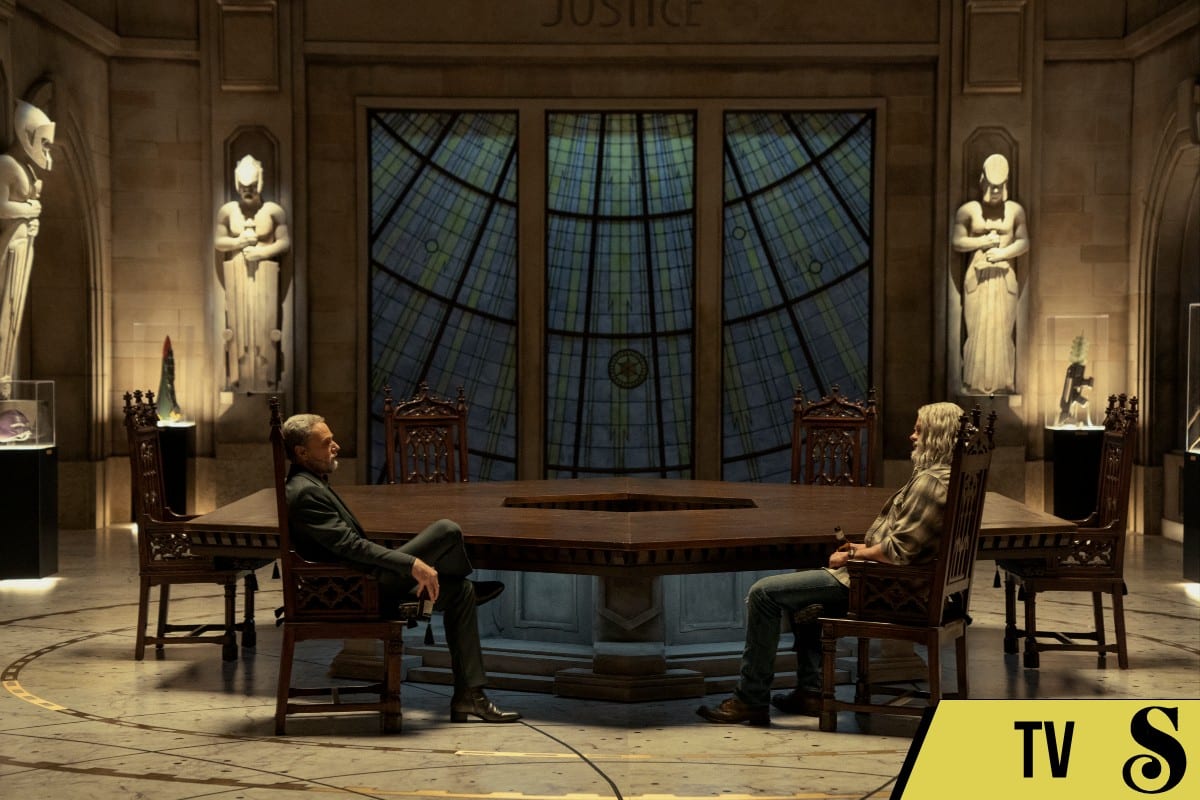 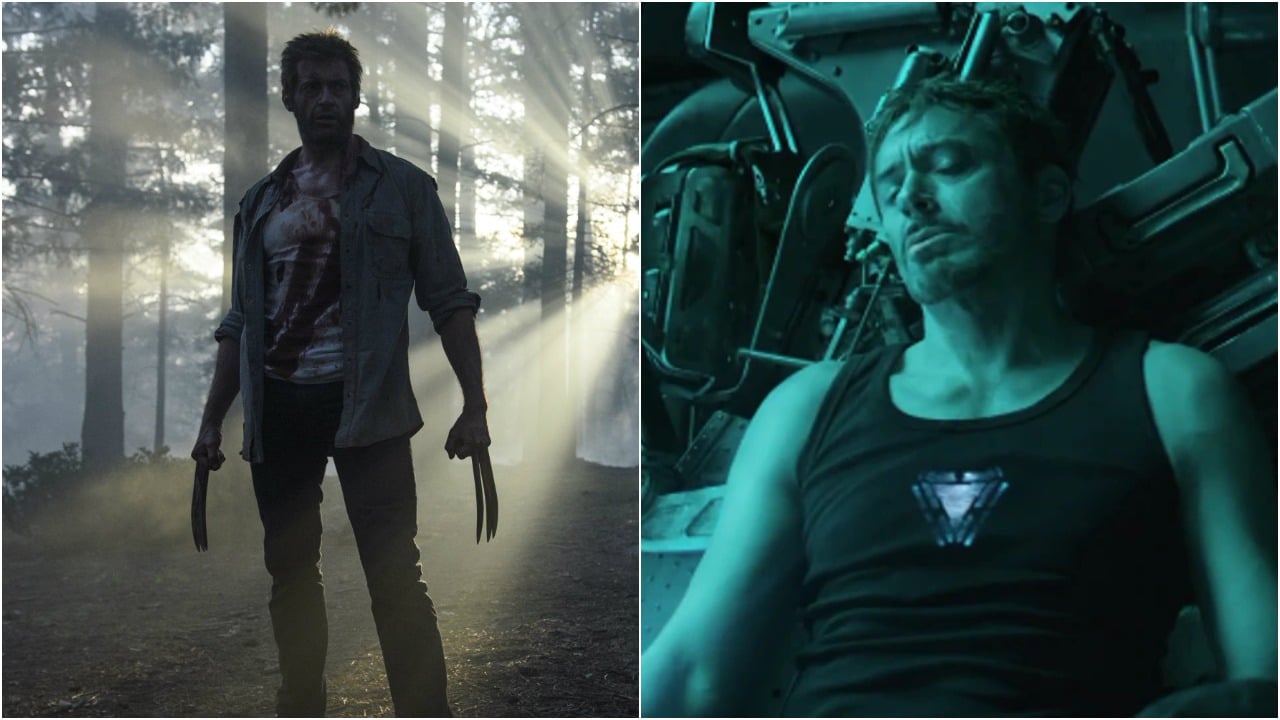 “Logan”, “Avengers Endgame”, and The Death of Superheroes

As the first generation of Marvel superheroes hangs up their claws and helmets, we wonder just how long pop culture will actually let them stay dead. 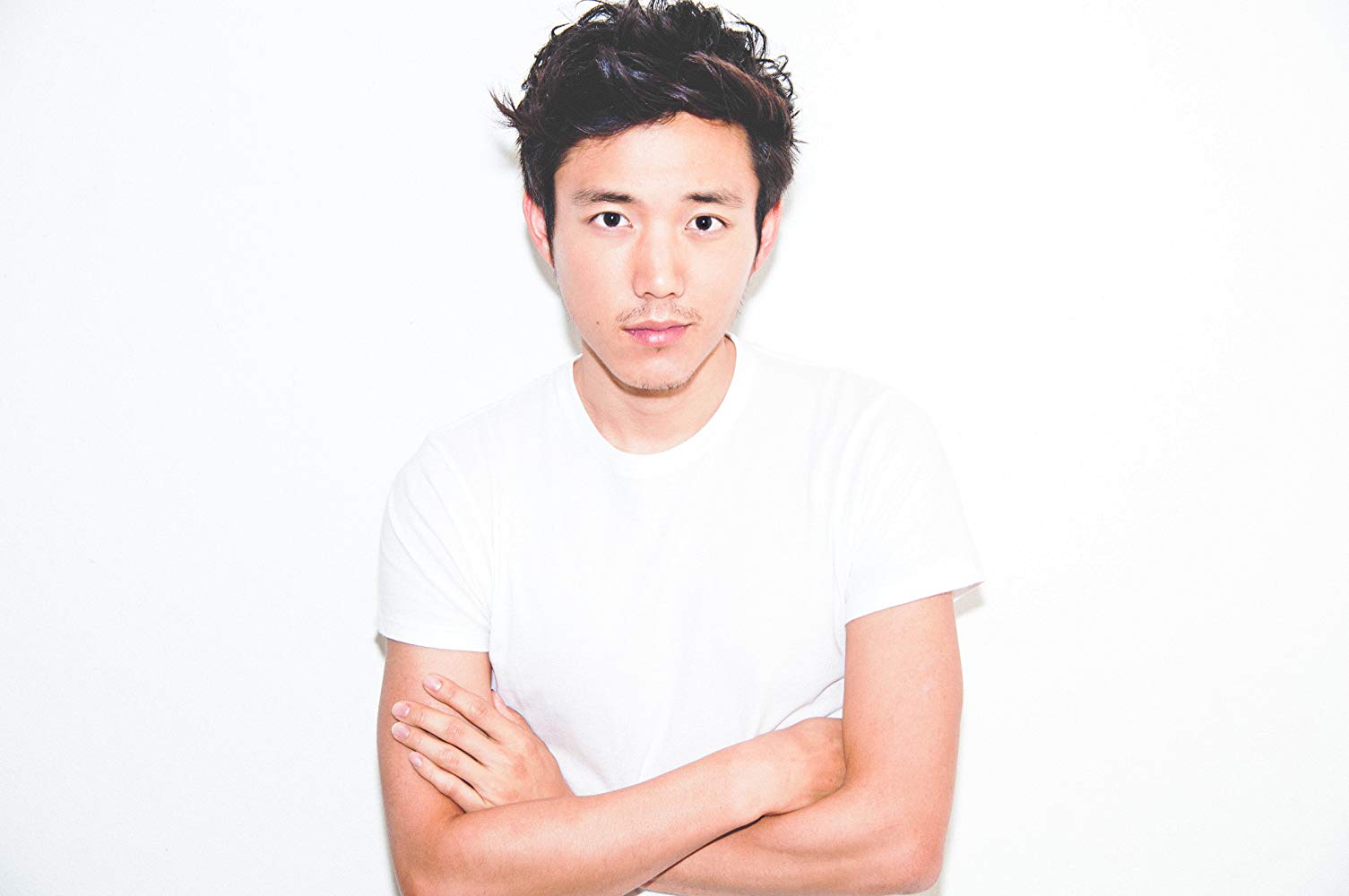