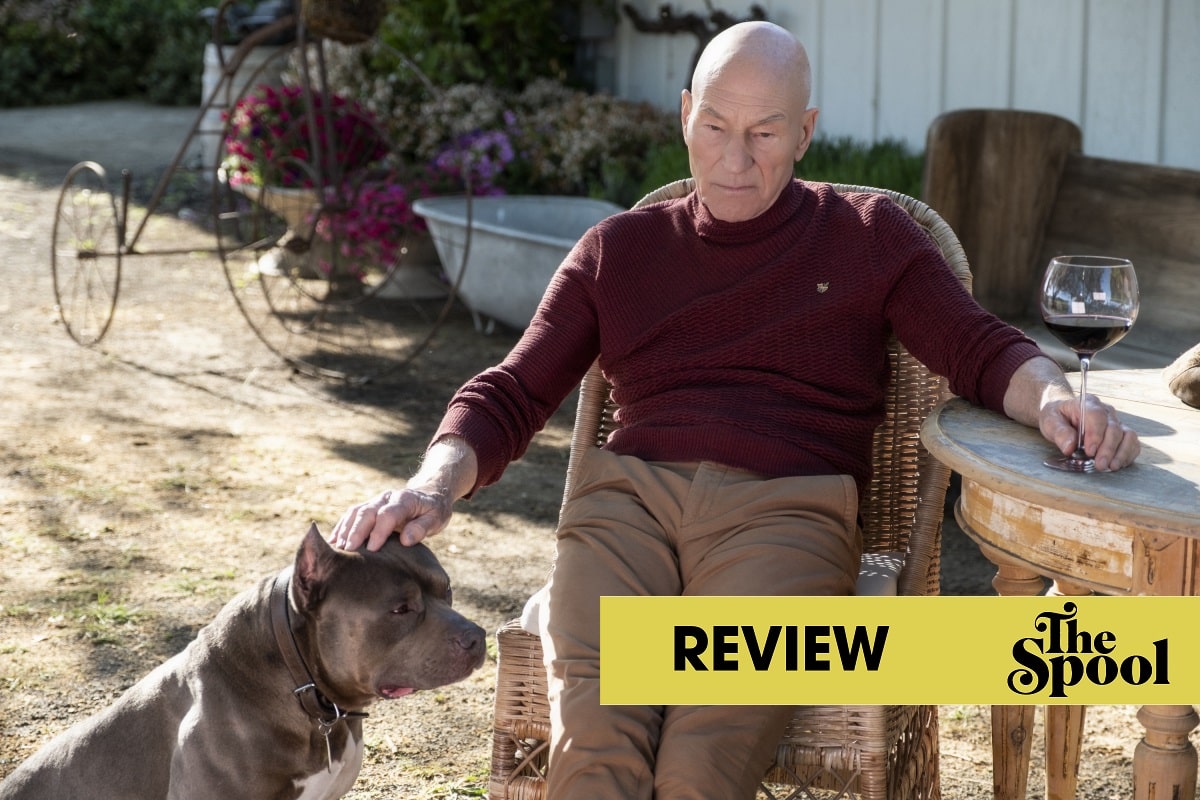 Despite solid performances all around, the episode struggles with tone, plotting & what kind of show it wants to be.

Patrick Stewart can still act. That is, perhaps, no revelation. But the strongest moment in the series premiere of Star Trek: Picard comes when the show simply gives him a moment to emote, to condemn, to express his distress and regret over the state of the world. When pushed to explain why he left Starfleet, the fire that fueled The Next Generation smolders up, and the ghosts of Picard’s lost utopia are exercised.

He left Starfleet because of xenophobia, because of isolationism, because of an abandonment of the principals of altruism and mercy and acceptance that undergirded the Federation he knew and believed in. That connection to larger ideas — of a once noble people turning its back on those in need, out of a fear for what opening one’s doors to the world could invite in — not only imbues this story with a real world resonance; it’s pure Trek. There’s power in one of the great architects of that interstellar community severing his ties when it shrinks from the ideals he holds so dear.

That’s all…alright. It’s naive to expect a modern day science fiction show to rely on the staid, contemplative tone that The Next Generation thrived on. There’s nothing wrong with Dahj (Isa Briones) kicking ass in a hand-to-hand combat scene that makes Kirk’s karate chops look like child’s play. There’s nothing wrong with a wire fu-esque battle between her and a cadre of Romulan attackers that involves dodging phaser fire, leaping grand distances, and gory explosions. Times change, and shows have to change with them, even if it means making allowances for the sort of fireworks that once disappointed fans in Picard’s jump to the big screen.

It’s naive to expect a modern day science fiction show to rely on the staid, contemplative tone that The Next Generation thrived on.

But what’s more troubling is how generic so much of the rest of the episode feels. Make no mistake — it is a tall order to follow-up to one of the most beloved science fiction series of all time and honor past successes while forging a distinct path for the series at hand. But if you shaved off the serial numbers and took away the Easter eggs, “Remembrance” could be any other modern science fiction show, with an aesthetic and dialogue and mysteries that suffice, which but don’t wow.

The best you can say is that in the early going at least, Star Trek: Picard doesn’t feel like fanservice. Sure, Picard’s dog is named “Number One,” and he orders earl grey tea, and he has a futuristic safety deposit box full of familiar trinkets. But when the show invokes the past, it does so in service of the story in the here and now.

And yet, that’s both a blessing and a curse. Revealing Dahj as Data’s daughter adds some emotional urgency to her pairing with Picard. “Remembrance” makes Brent Spiner’s guest appearances in the episode more than a fond recollection of everyone’s favorite android, but rather a touchstone for Picard’s close relationship with his former protege. For all the flack Star Trek: Nemesis caught, one of its saving graces was the way it suggested that, flesh and blood be damned, Data was Picard’s son and his family. So by making Dahj a sort of granddaughter to Picard through that bond, she becomes more relevant in the early going, when the show has to be economical about establishing its characters and its stakes.

But at the same time, that’s part of the problem. Stewart and Briones do their best, but the on-screen chemistry isn’t quite there yet. So the results feel more like Star Trek: Picard drafting on the good feelings of old, even as it seemingly wants to move in a new direction. Fans of the Next Generation will shudder to hear the name Bruce Maddox, the man who tried to have Data declared property, invoked. Still, it feels a tad cheap to have him missing and potentially responsible for some sort of new-fangled “biological synthetic” that is cloned or replicated or somehow otherwise spawned from Data.

All the while, “Remembrance” has the same, overly glossy look that the rest of modern Trek does. All the while, we get characters giving tearful statements that tidily deposit their backstories into the narrative, with performances that can’t support the psychological weight the show wants to place on them outside of Stewart.

All the while, it offers yet another damn mystery box, where we’re left to guess who created Dahj and her twin sister, and whether the twin’s new flirty Romulan acquaintance is part of this apparent terrorist group, and what the true motivation of the “synths” who blew up Utopia Planitia was. The show apparently doesn’t trust that it can muster that sort of intrigue while still putting its proverbial cards on the table.

And all the while, the viewer must cut through clunky scenes that try to establish every piece of this. Little of it is outright bad. Star Trek: Picard is a competent production with a stellar lead performer and enough reverence for the source material not to upset the applecart. But when you’re bringing back one of television’s all-time great characters and invoking the legacy of the series that started a new age of Star Trek, it’s fair to expect better than this solid but less-than-inspired dose of adequacy.

None of it quite matches that one moment of personal truth in Picard’s interview or the real-life implications of his disdain for what the organization he once loved has become. While “Remembrance” builds on the strength of Stewart’s presence and gravitas, in other moments it becomes just another off-the-shelf science fiction series, albeit one that can harness the history and setting of The Next Generation, The Original Series, and even the 2009 reboot.

In that one scene, though, Star Trek: Picard gives us a glimpse of the show it could be. “Remembrance” soars when it allows its lead performer to do what he does best and embraces the thematic resonance and introspection that were the hallmarks of his prior series. It sinks when it devotes itself to flash and whodunits and twisty reveals. Only time will tell whether, with so much narrative throat-clearing and table-setting out of the way, the series can set a better course. 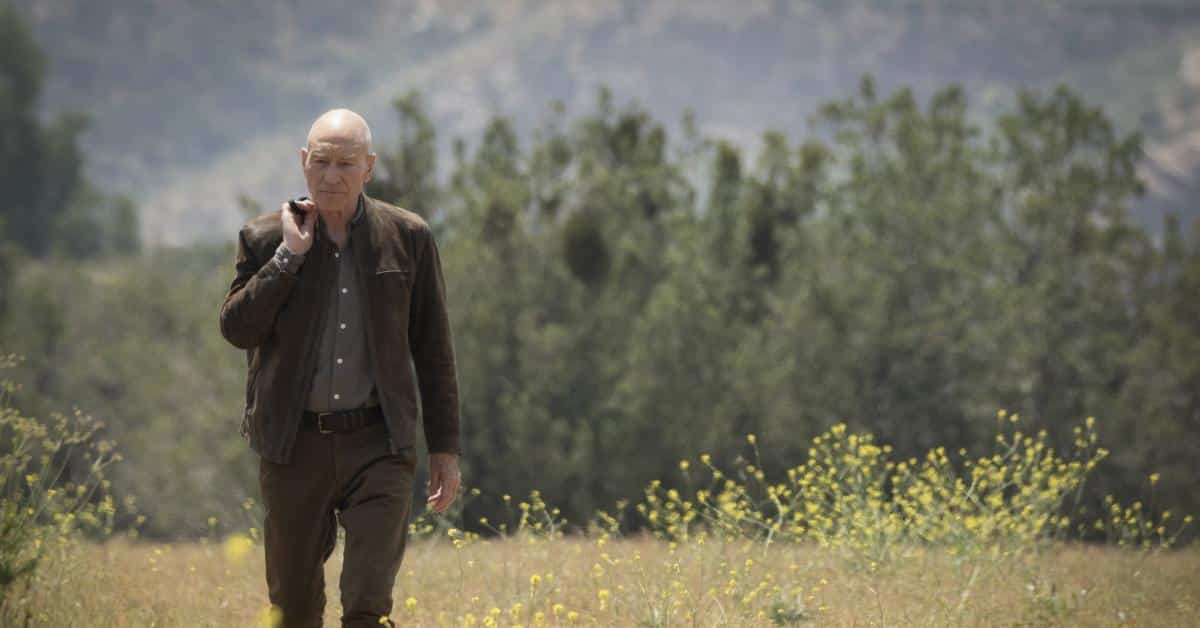 “Star Trek: Picard” Searches for a Direction in “Maps and Legends”

Patrick Stewart is still carrying much of the weight as "Star Trek: Picard" continues to pile on the lore & find its footing. 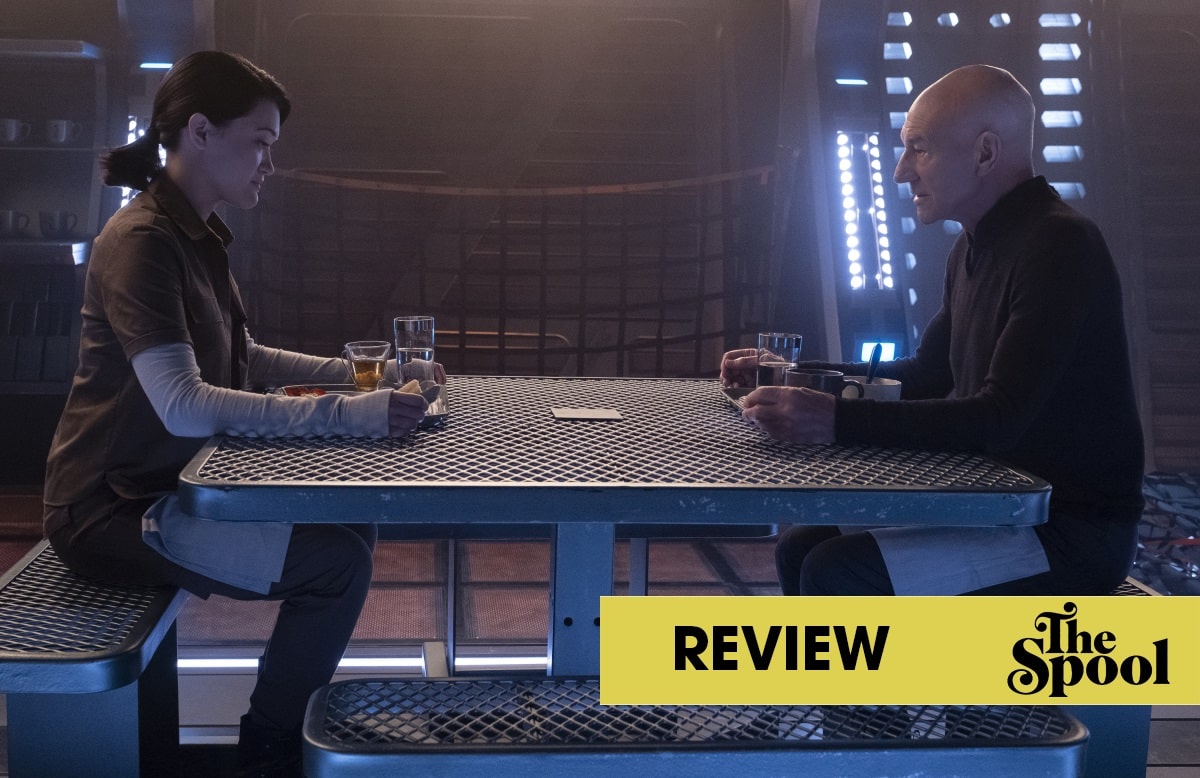 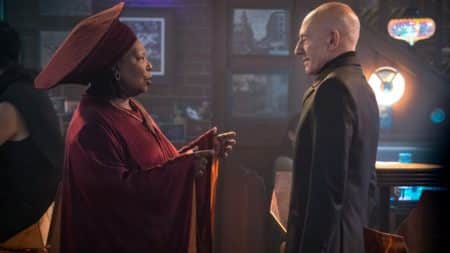