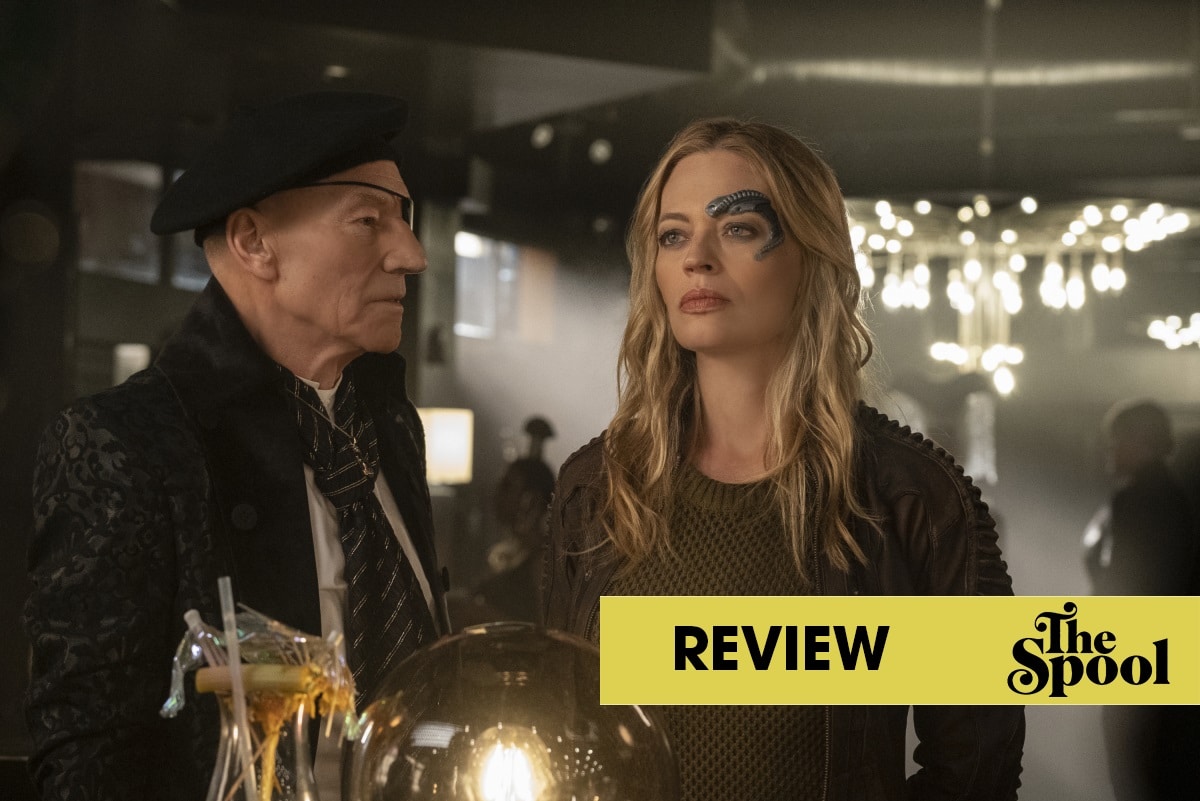 Seven of Nine slings guns and runs a heist in an episode that’s tonally all over the map.

Who knows what kind of show Star Trek: Picard wants to be? The latest episode opens with butchers-for-hire ripping a poor man’s eyeball out his socket. It continues with gory disintegrations, med-bay murders, and an antihero declaring hope a fallacy before shooting her way out of the room. But between those bouts of brutality, the show tosses in a wacky heist plot, colorful costumes, and loony accents. And in other choice moments, it tackles the after-effects of addiction, indulges in more conspiracy theory craziness, and drops an ever-increasing amount of lore on the fly.

Is this series, and “Stardust City Rag” in particular, a gritty dose of “Not Your Father’s Star Trek”-style pulp? Is it the sort of over-the-top, vaguely silly adventure that The Next Generation occasionally offered? Or is it a sober, politically-charged look at the different shades of loss throughout the quadrant? The answer is that Star Trek: Picard wants to be all of these things at once, rendering the project mish-mashed and tonally unbalanced.

Regardless of the overall intent, this episode sees our heroes finally reaching Freecloud, an interstellar Las Vegas where the tranya, Orion slave girls, and pop-up ads flow freely. A local wheeler-and-dealer there is holding Bruce Maddox (Brian Brophy) in a one-man debtor’s prison, hoping to sell him to the Tal Shiar to recoup her losses. Jean-Luc Picard’s (Patrick Stewart) new crew concocts a plan to slip into her club, don some amusingly ridiculous disguises, and retrieve Maddox in exchange for…Seven of Nine!

That’s right, Seven (Jeri Ryan) is a one-week addition to the cast here. But she is not the restrained, stoic, emotionally-stunted ex-Borg we knew from Star Trek: Voyager. This version of Seven is a badass who drinks bourbon and double-wields phaser-rifles and spits out wisecracks while wearing a leather jacket, and she is in your face, man! All kidding aside, there’s nothing wrong with familiar characters changing after a twenty-year absence. But there’s something so cheesy and stock about the new broody, ass-kicking version of “Annika” this episode presents.

To complete the transformation, she’s now a member of the Fenris Rangers, an extra-legal group of vigilantes who endeavor to fill in the power vacuum the Federation created when it stopped patrolling the Neutral Zone. She and her compatriots aim to stop warlords and smugglers and Borg tech scavengers in that area, which gives her an angle here.

The local Freecloud potentate holding Maddox is a renowned Borg harvester, whose goons painfully extract the embedded cybernetic tech without regard for the people wrapped around it. Seven’s on board with Raffi’s (Michelle Hurd) wild retrieval plan because she wants a shot at the woman whose actions caused the death of fellow Borg rescue pup Icheb in the episode’s grim, opening flashback.

There’s something so cheesy and stock about the new broody, ass-kicking version of “Annika” this episode presents.

That’s the most interesting wrinkle of “Stardust City Rag”. Theoretically, the members of Picard’s new crew joined this mission in order to help him achieve his android-saving objective, however much they might deny it. But this episode reveals that three allies in particular joined this particular trek because someone who matters to them, for good or ill, may be on Freecloud.

The first and least successful is Raffi who ventures to see her estranged son on the surface. The scene that follows is rife with the poorly-done melodrama that Star Trek: Picard regularly devolves into. If you’ve seen any anti-drug after school special, you’ve pretty much seen Raffi’s disheartening conversation with her child. But their tense discussion at least lays the groundwork for the idea that Raffi’s addiction and fascination with hidden plots cost the former Starfleet officer her family.

The second and most arc-relevant is Dr. Jurati (Alison Pill) who, it turns out, was not just Dr. Maddox’s colleague, but also his paramour. “Starlight City Rag” plays coy with this detail. Jurati tearfully watches the holo equivalent of a home movie starring the pair, and she hits EMH-triggering levels of anxiety as she seemingly frets over whether her compatriots will safely retrieve him. These scenes imply that Jurati truly loves Maddox, that she’s worried about his well-being, and that his return will spark a warm reunion.

Instead, after the de jure fireworks down on Freecloud, Maddox beams aboard La Sirena, spills a bunch of plot-moving details, and then dies at Jurati’s hand in the medical bay in the episode’s shocking twist! Before giving up the ghost, he confirms Soji’s existence, gives up her location, and explains that he created the android sisters to uncover the truth behind the Synth ban.

It’s an underwhelming reveal for the human MacGuffin Picard has been hunting since the series premiere. Maddox’s spiel doesn’t provide the audience much, if any, new information — only more hints at some vague skullduggery involving the Romulans and the Federation. Jurati killing him only leaves more cryptic questions about what exactly she “wishes she hadn’t seen” and contributes to the overly grim and gritty vibe of this outing.

But Seven, the third of our Freecloud lost causers, carries the bulk of that here. The show sends her on a roaring rampage of revenge against the woman holding Maddox. The dialogue heavily implies that she and Seven had a romantic relationship while both served as Fenris Rangers, but that this woman joined the group of vigilantes as a ploy to obtain Icheb’s location, ambush him, and strip him for parts. That makes this mission personal for Seven — she’s here to exact vengeance upon an amoral criminal who betrayed her and robbed her of her child.

That’s not a bad idea! Icheb’s development under Seven’s watchful eye was one of the more interesting threads in Voyager’s final seasons and a good one to pick up here. How the most famous Borg in Star Trek feels about the current developments and initiatives concerning both the Collective and the Federation’s newfound isolationism is well worth exploring. Hell, even just having her and Picard discuss what it means to recover oneself after de-similation carries the charge of juxtaposing two people who are perpetually recovering from that trauma.

Any larger resonance is lost in a flood of gunk and gore and grit.

But in practice, it’s all just an excuse for more corny stand-offs and faux-profound dialogue about hope or humanity or mercy or whatever the ideal of the week is. Any larger resonance is lost in a flood of gunk and gore and grit. And the need to quickly import some emotional stakes for Seven means that one of the major characters from Voyager’s final run dies unceremoniously in three minutes as fodder for a bog-standard, one-episode revenge plot.

That makes for a strange asymmetry with the moments when the episode seems to want to be light, loose, and fun. As silly as it is to see Rios (Santiago Cabrera) in a pimp hat, or a reptilian humanoid literally smelling lies, or Picard sporting an eyepatch and a scenery-chewing French accent, it’s the kind of outsized goofiness that’s often found a home in the franchise. Somewhere within the bowels of the deadly serious, DTV action movie severity that pervades Seven’s part of the episode, there’s a roundly enjoyable taste of heist movie moxie that barely gets going.

Unfortunately, there’s little time for such fun on the show right now. “Stardust City Rag” leans, instead, into the sturm und drang of dismemberment, euthanasia, and retributivist gangland executions. Halfway through its inaugural season, Star Trek: Picard is caught between trying to reflect the contemplative social issues of its forebears, replicating the lighthearted adventurism of the same, while keeping up with modern genre tropes like dry-cool loners glugging liquor and shootin’ baddies.

It’s been twenty-five years since The Next Generation went off the air, eighteen since Voyager signed off, and nearly a decade and a half since Enterprise closed the book on that era of Star Trek. The franchise needed to evolve over that stretch. Its TV shows needed to adapt. And the old characters need to change with the times. But like Picard and his crew, the series also needs to settle on a worthy heading to follow, rather than trying to set a course for so many at once. 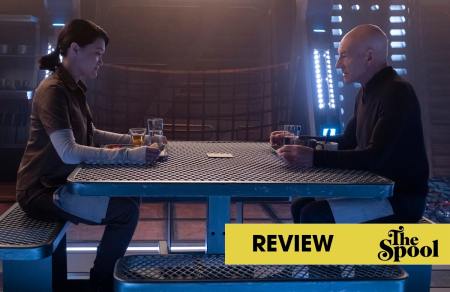 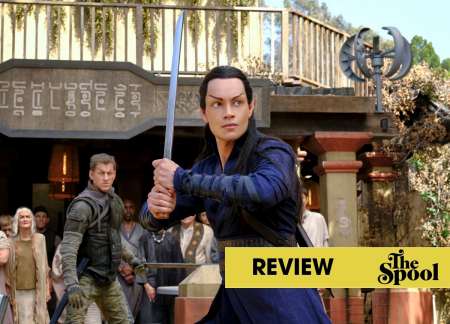 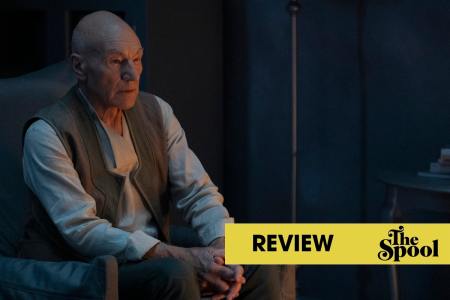