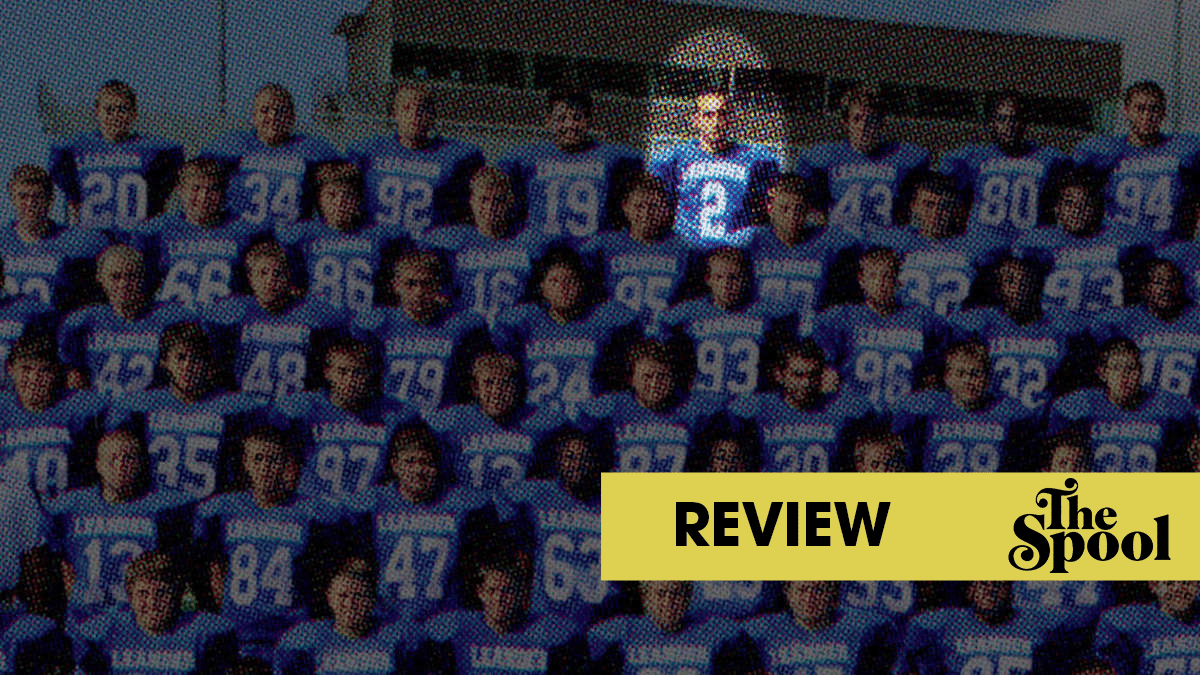 Pat Kondelis’ docuseries about a sexual assault allegation blends information with ambiguity but blurs over important information in the process.

In 2013, two toddlers accused high school football star Greg Kelley of sexually assaulting them. Despite a lack of evidence outside the children’s testimony (one of whom recanted the allegation), Kelley was convicted of super aggravated sexual assault in 2015. While he always maintained his innocence, he gave up his right to appeal to receive a lighter sentence. While he was in prison, a group of people started a movement to get him released and his case reopened. What followed was a five-year battle to clear his name.

This battle is documented in Showtime’s Outcry, directed and produced by Pat Kondelis. The five-part documentary miniseries tells Kelley’s story in a linear fashion. It starts with Kelley’s tragic-yet-inspiring backstory: a young man who managed to get a full-ride football scholarship despite the fact that, during his senior season, both his parents were chronically ill. Since his parents couldn’t get treatment close to Kelley’s high school, he stayed with friend Jonathan McCarty, whose mother ran an in-house daycare business. One of the children told his parent that Kelley molested him, thus sparking an investigation.

From there, the story goes into detail of the trial and Kelley’s conviction, and then the process of getting his conviction overturned. After two years in prison, Kelly is released while the courts deliberate his case, and we are shown him trying to rebuild his life while a new legal team tries to prove his innocence.

Like any true crime documentary, there are plenty of revelations in Kelley’s story. Even so, Outcry lacks many shocking twists and turns, instead telling its story in a straightforward fashion. That isn’t to say that Outcry is a dull watch; Kondelis knows how to turn real life into a compelling narrative structure, and each episode feeds you enough information to keep you engaged while being ambiguous enough to keep you coming back for more.

Part of the engrossing nature of the documentary is its central figure. Kelley is the ideal victim of false accusations; good looking and athletic with a clear trajectory of success, he’s easy to like. Many of his former coaches and teachers describe him as a young man with a maturity that belies his youth, and it shows in his interviews. Even in the interviews Kondelis conducts while Kelley is in jail, the young man rarely shows any emotional outbursts or negativity. It’s easy to side with him, and once he’s out of jail, the story of him trying to build a life is just as compelling as the case itself.

This is largely due to the superb job Kondelis does showing how the justice system failed Kelley. Whether he committed the crime or not, the investigation was botched. The victims were never asked to physically identify Kelley, cops didn’t verify his location on the day of the assault, and most damningly, no other suspects were investigated. Furthermore, no one else was investigated despite the fact that McCarty—who would end up being convicted of sexually assaulting a different minor in 2015—looked incredibly similar to Kelley. He even wore pajamas that matched the first victim’s description, and would have the same access to the victims as Kelley.

It’s important to note that while the justice system is shown in an unfavorable light, the series never portrays the victims as lying. Outcry presents the theory that the first victim more than likely confused Kelley with McCarty, and the second was pressured or led into a false accusation due to poor interrogation techniques. Because of the victims’ status as minors, their perspectives, and any talk about Kelley’s relationship with them if any, are left out. This was the right call, but Outcry’s singular focus on Kelley’s experience makes it feel like the victims are being ignored at times.

[I]ts structure and pacing are pitch-perfect. However, its singular focus feels almost myopic, creating a failure of the system while not really showing the system at all.

Also missing is a nuanced depiction of the community’s reaction to the case. We only meet one of Kelley’s supporters, Jake Brydon. While we understand Brydon’s motivation—he believes the trial was a sham—it would have been nice to hear from other supporters who didn’t know the accused. Instead, Outcry glosses over the whole group.

Even more glossed over are his detractors, with the only anti-Kelley voice unattached to the case being Lindsay Armstrong, a woman who doesn’t know Kelley and is often portrayed as a “true (non)believer” in Kelley’s innocence. This reveals a bit of hypocrisy in Outcry. Earlier in the series, a police chief is vilified for calling Kelley’s supporters “cult-like”, but Armstrong is (perhaps unintentionally) shown to be dogmatic about her belief in Kelley’s guilt. While the evidence shown through the course of the documentary shows that this isn’t an open and shut case, I can’t blame someone for wanting to believe a child when they name their abuser.

Ambivalence colors my feelings about Outcry. On a technical level, the series is well made; its structure and pacing are pitch-perfect. However, its singular focus feels almost myopic, creating a failure of the system while not really showing the system at all. Perhaps most troubling is the fact that at the time of writing, no one has been convicted of the crime in question. It may be a good watch, but it’s not a particularly satisfying one.

Outcry premieres on Showtime this Sunday, July 5 at 10:00 pm. 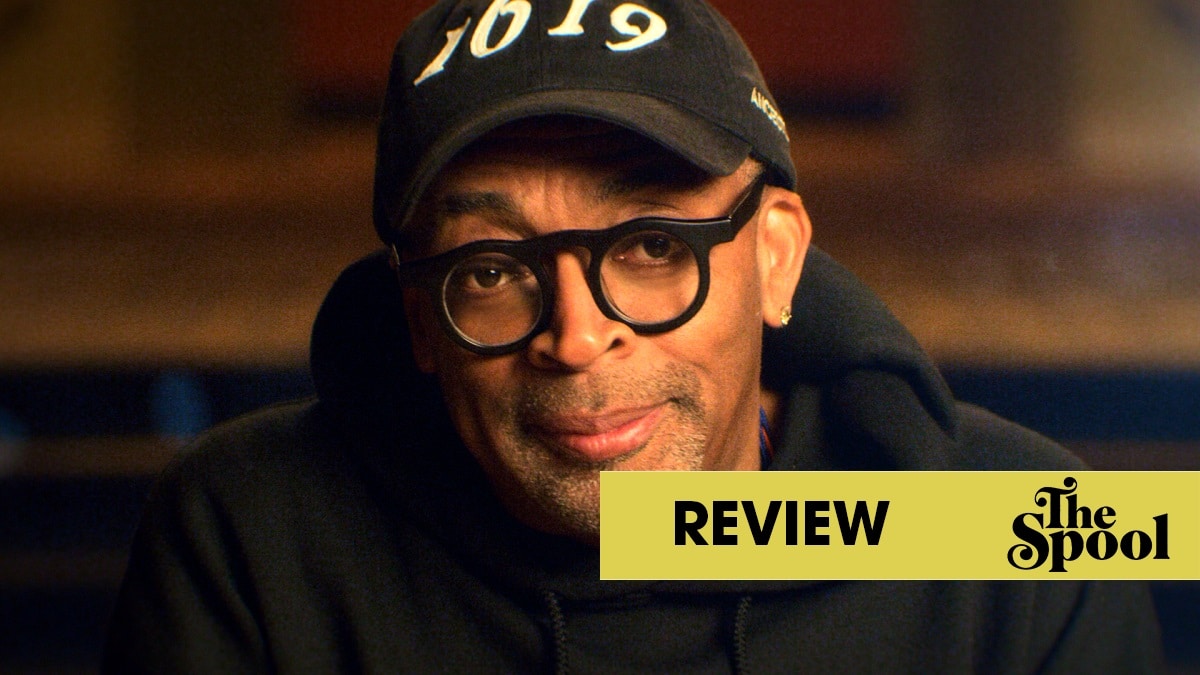 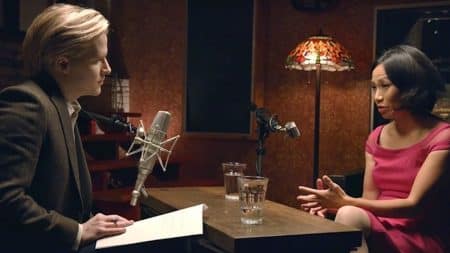 The HBO docuseries doesn't offer much we don't already know, but fleshes out the information provided by Ronan Farrow's in-depth book and podcast. 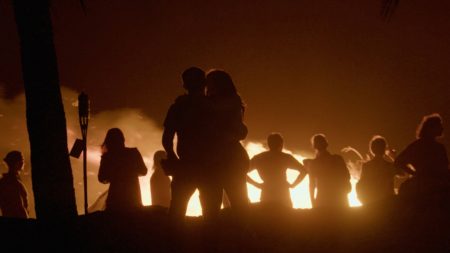