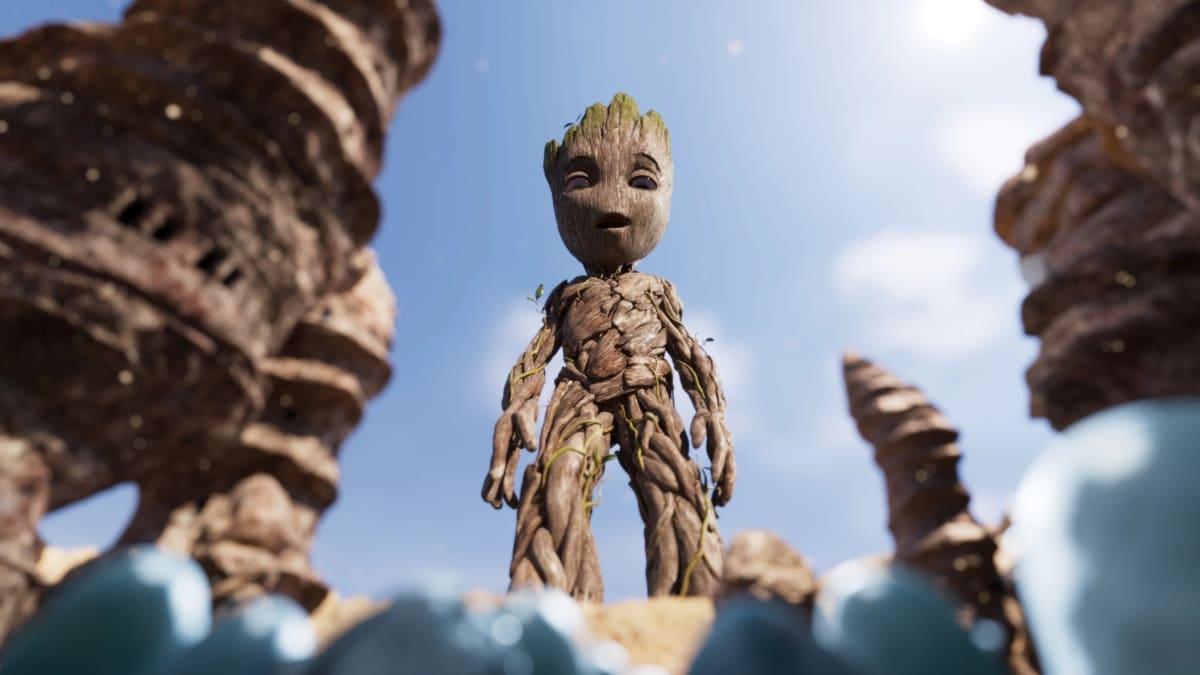 The recent Marvel Cinematic Universe movies have gotten enormous in scale. It’s no longer only Avengers installments that span multiple planets and involve countless superheroes. Doctor Strange in the Multiverse of Madness explored multiple alternate dimensions, while Eternals concluded with a massive robot emerging from one of Earth’s oceans. Even the Earthbound Spider-Man: No Way Home made room for multiple Spider-Men.

For those yearning for something a little more frivolous set within this fictional universe, I Am Groot is here to satisfy your craving. A collection of short films directed by Kirsten Lepore (the animation director of Marcel the Shell with Shoes On) that take place shortly after Guardians of the Galaxy Vol. 2, each episode of I Am Groot rarely runs over four minutes and is centered on light gags, not sequel teases. Some viewers may be frustrated at the lack of set-up for Guardians of the Galaxy Vol. 3. The rest of us can enjoy some enjoyable gags and cute animation.

There is no overarching story unifying the five short episodes of I Am Groot. The disparate nature of these installments allows the individual stories to jump around time and to different locations to chronicle all the possible exploits of Baby Groot (Vin Diesel). Some of these adventures include Groot tracking down an alien intruder on his spaceship home, a feud with a miniature bonsai tree, and our bark-covered protagonist’s encounter with a race of even tinier critters.

It’s a welcome sight to see I Am Groot so uninterested in connecting to any other Marvel Cinematic Universe project. These shorts are much more in tune with For the Birds or Piper in aesthetic than Hawkeye, and that makes them a welcome presence in this franchise. Huzzah for something that revels in being inconsequential and unabashedly silly. Similarly admirable is a commitment to largely eschewing dialogue, save for the occasional “I am Groot” utterance or a guest spot from Bradley Cooper’s Rocket. Good visual gags are often irresistible, and by mostly tossing award spoken communication, this show does deliver its fair share of them.

Happily, I Am Groot gets better as it goes along, with the final two shorts being the very best of the bunch. Among this pair of installments is an amusing story about Baby Groot stealing knick-knacks and trinkets to make…something. The sight gags that come with reminding viewers of just how tiny this little guy is are shockingly resilient, especially when they involve Baby Groot riding a bar of soap like a surfboard. Meanwhile, the narrative has a fun sense of escalation evoking If You Give a Mouse a Cookie in how one simple task can end up inspiring all sorts of comedic chaos.

This and the other shorts for I Am Groot are brought to life through animation by Luma Pictures. This visual effects house functions as a go-to vendor for various Marvel Studios movies. The company’s familiarity with Marvel Cinematic Universe projects would explain why these shorts look just as polished as the Guardians of the Galaxy movies. Save for some weirdly off lip-syncing on Rocket, you could switch between one of the Galaxy movies and Groot shorts and never notice a decrease in the quality of the VFX.

I Am Groot is extremely pleasant to look at while its chilled-out atmosphere, accentuated by Danielle Lupi’s soothing synth-heavy score, makes these shorts a breezy watch. However, they may be too insouciant for their own good. I kept waiting for I Am Groot to take advantage of how good director Kirsten Lepore is of gradually revealing a complicated tone. What initially seems silly can become much more substantive in her hands. Something like her short Hi Stranger takes the viewer on a rollercoaster of emotions in the span of just a few minutes. Even this summer’s Marcel the Shell with Shoes On saw Lepore overseeing a narrative that kept surprising viewers with its profound poignancy.

The qualities that make I Am Groot a refreshingly throwaway exercise in the Marvel Cinematic Universe are the same elements that make it a less essential entry in Lapore’s filmography. Still, this filmmaker’s lengthy experience with short-form narratives serves this series quite well, with each I Am Groot outing functioning as a satisfying standalone exercise. As a happy byproduct of that factor, Lapore’s various screenplays lean heavily on new planets, robots, and aliens not seen in prior Guardians of the Galaxy adventures. These individual tales could each function just as fine as the plots for standalone children’s books as they could as programming on Disney+.

I Am Groot isn’t the best thing to emerge from either the imagination of Kirsten Lepore or the Guardians of the Galaxy franchise. But the seeds of low-key humor do blossom across these five shorts to produce a perfectly diverting way to spend 20 minutes. This enterprise could’ve been more substantive, but sometimes, it’s good to take a breather, especially in a cinematic universe that’s packed with so many gargantuan event movies.

I Am Groot premieres on Disney+ August 10th.

I Am Groot Trailer: 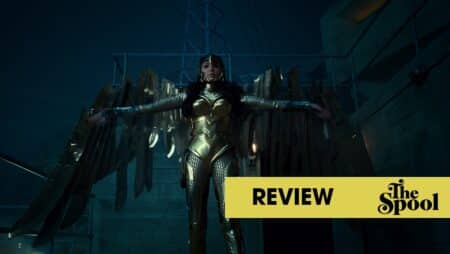 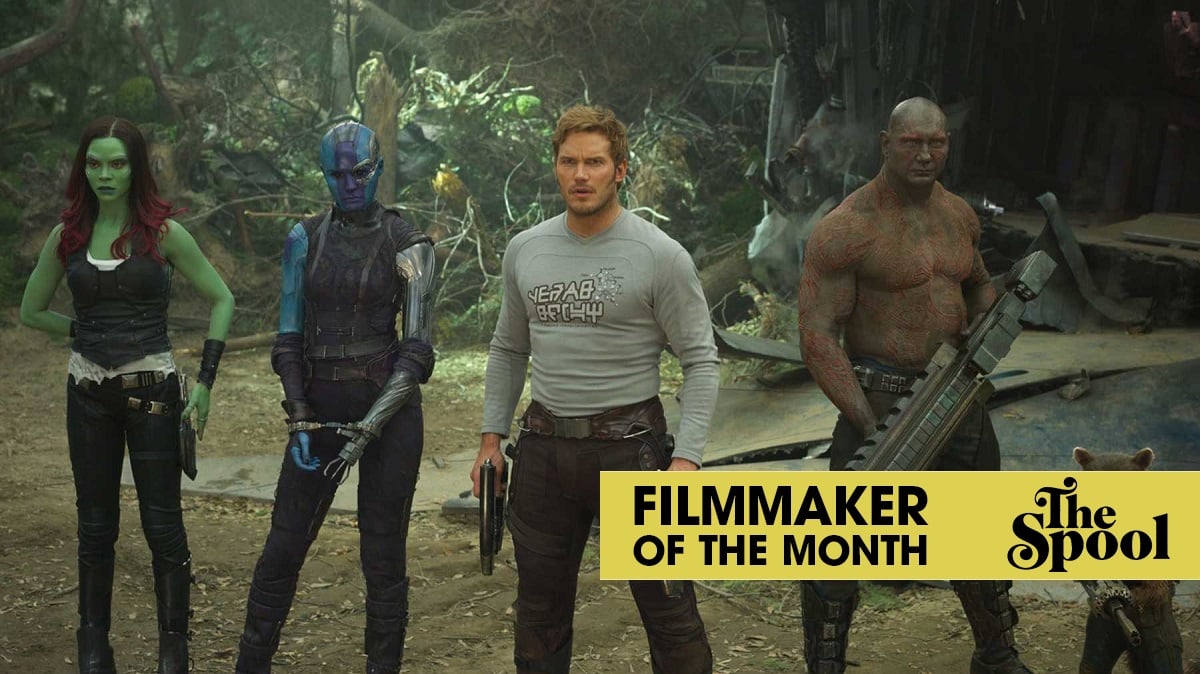 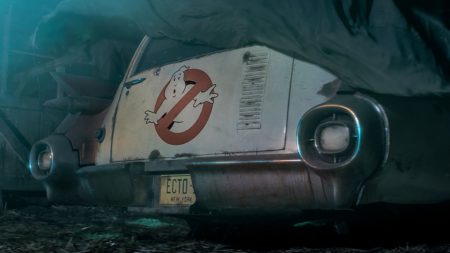 Ghostbusters: Afterlife is too haunted by the specter of better works

The sequel/reboot is a father-son passion project no one needed.