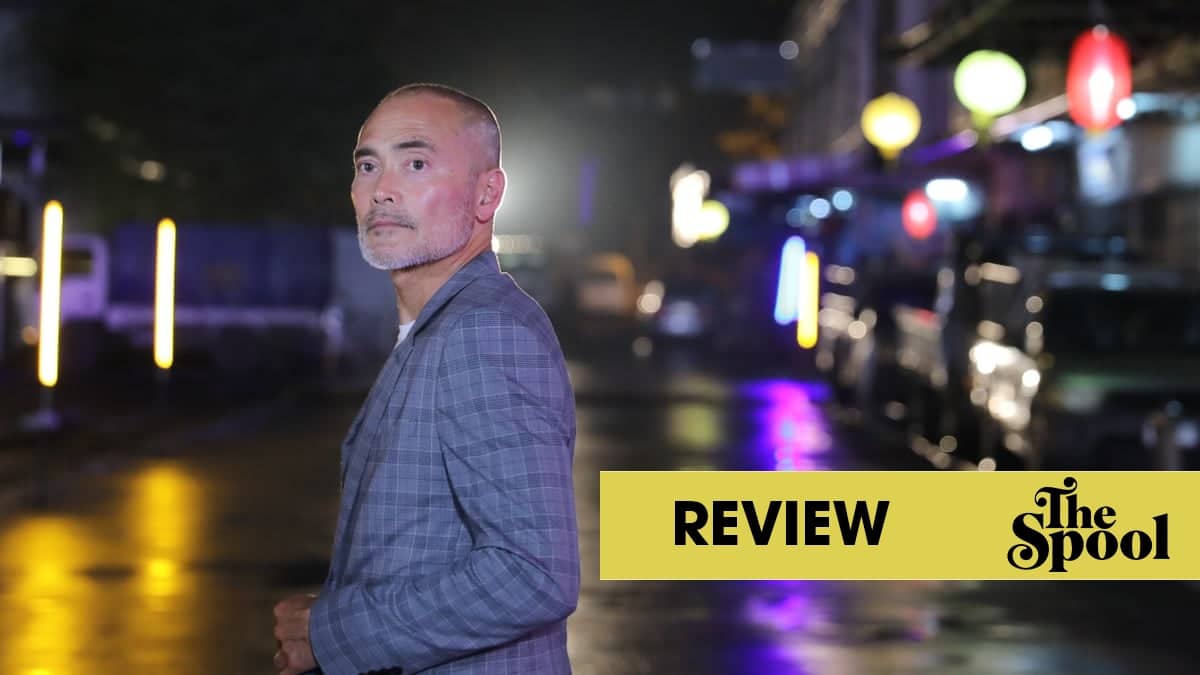 Martial arts veteran Mark Dacascos shines in a killer-cab thriller; if only the movie around him was up to his level.

Kai Kahale (Mark Dacascos, Only the Strong), a Hawaiian retiree, arrives in Bangkok and rents a cab for the evening. He quickly befriends his driver – a young woman named Fha (Vanida Golten) with his charm, respect for her boundaries, and extreme generosity with his wallet. But pleasant as he is, Kai’s not visiting Bangkok for happy reasons. He has not come to indulge in delicious food. Nor has he come to see the city’s sights. No, he’s in town for revenge.

The scion of a powerful crime family killed Kai’s daughter, son-in-law, and granddaughter in a drunk driving accident. The crime family framed Kai’s son-in-law for the accident and spirited their wayward progeny away from any and all consequences, aided by a crooked lawyer, a dirty cop, and a remorseless fixer (Kane Kosugi, Ninja: Shadow of a Tear). Kai has one night to try and kill them all.

What will become of Fha, who swiftly bonds with the gentlemanly Kai? Will the police be able to stop his rampage? How will his targets react to being hunted? And, as for Kai himself, what will be left of him when he’s done?

One Night in Bangkok’s set-up is compelling. And in Kai, writer/director Wych Kaosayananda has created a worthy noir anti-hero. Kai is determined to see his revenge through to the end, and he has the skills to pull it off. But he is not a master assassin. He has to psyche himself up to kill and then ride the resulting wave of emotions as far as he can. It’s a wave that leads him to vicious places, to moments where his melancholy and resolve give way to frenzied entitlement and wrath. And when the wave rolls out, when the adrenaline passes, Kai is left to face the consequences of his quest – to himself, to his targets, and to the innocent folks caught in between.

Dacascos is very, very good as Kai. Throughout his career, he has leveraged his affability and charm in a variety of ways. As Only the Strong’s heroic capoeira teacher Louis, he’s a big-hearted, modern-day paladin. As John Wick: Chapter 3 – Parabellum’s dorky, merciless shinobi Zero, his good cheer and eagerness to fight and kill John Wick make for a compelling dragon. And as Kai, Dacascos injects poison into his easy smile.

Kai is a man who has sworn payback, taken the steps to make it happen, and mustered the will to see it through. He isn’t going to back down from his retaliation. But he isn’t fully prepared for the personal fallout of his actions. It’s one thing to reconcile oneself to becoming a murderer and probably dying for revenge. It’s another thing to face everything that comes between pulling the trigger for the first time and bleeding out alone.

Dacascos plays the conflict between what Kai was prepared for and what he’s actually going through in his eyes, and in the moments where his cool gives way to anger or panic. When Kai raises his voice in One Night in Bangkok, it means that things have gone wrong, that he’s scrambling to find which way is up and that everyone else is a secondary consideration at best. This contrasts sharply with his genuine warmth Dacascos brings to Kai’s conversations with Fha and the excellent manners with which he treats everyone else. Whatever else there is to say about One Night in Bangkok, Mark Dacascos plays its noir anti-hero darn well.

Whatever else there is to say about One Night in Bangkok, Mark Dacascos plays its noir anti-hero darn well.

Unfortunately, the rest of the film does not measure up to its star’s performance. Kaosayananda, who edited in addition to writing and directing, crafts a few striking shots here and there. But when he is not focusing on Kai’s hits, One Night in Bangkok slows considerably. Sometimes, this works in the film’s favor – during Kai and Fha’s conversations, for instance. More often than not though, it just drags.

This is not helped by the recurrent use of split-screen imagery. It’s a storytelling tool that works well during a sequence when Kai is stalking a target in a club – showing where and how he gets into position to strike, but otherwise just seems to be there for its own sake. It calls more attention to the act of the splitting itself than what’s being shown in each segment of the screen, and it wears out its welcome quickly.

Aside from Dacascos, the majority of the cast are fine. Co-lead Golten’s performance is uneven – sometimes flat but vivid during the story’s bigger moments. She’s at her best during a melancholy dinner scene between Fha and Kai that takes place shortly before things go completely sideways. Kosugi is frustratingly underused. His fixer makes for a compelling foil to Kai, an outwardly amiable but inwardly vicious shell of a man comfortable with the consequences of his actions simply because he does not give a damn about them. But he only appears in the picture briefly, as much an unrealized possibility as the final boss he ultimately is.

Too much of One Night in Bangkok drags sleepily. Too much of it is just present. It lingers when it could sprint. It’s disappointing. But Dacascos’ performance of Kai – building on Kaosayananda’s solid scripting is worth it for fans.

One Night in Bangkok is currently available on demand and VOD.

One Night in Bangkok Trailer: