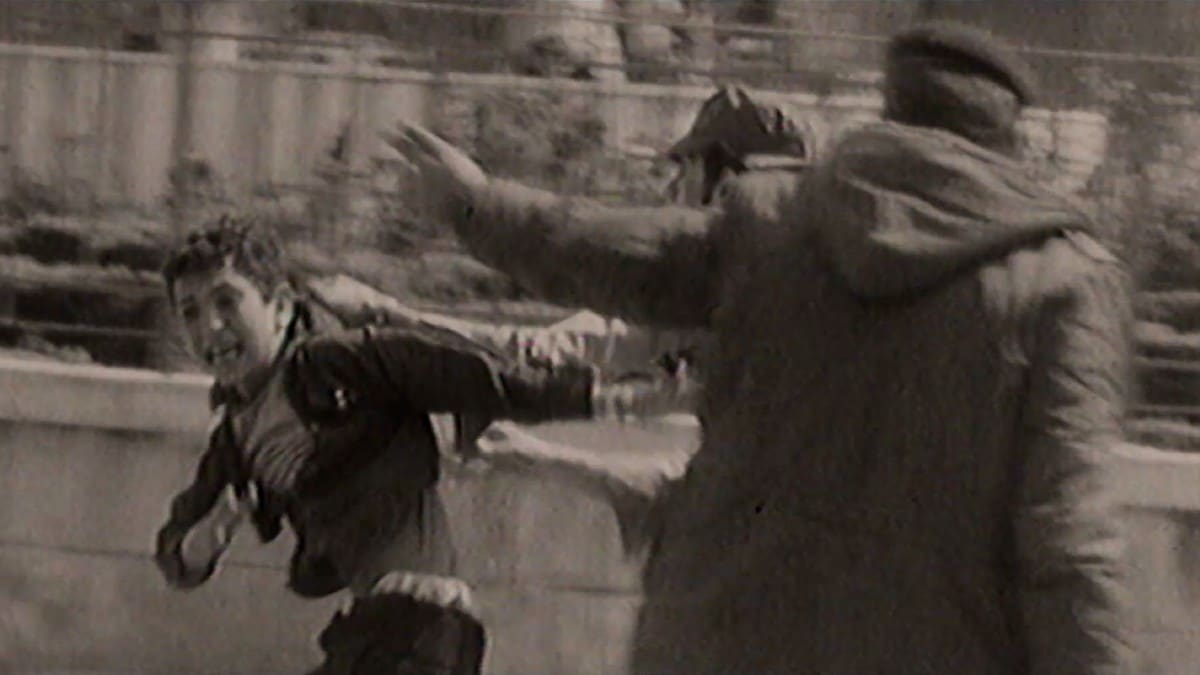 Avi Mograbi’s documentary is a long, strident presentation on the military occupation of Gaza that does a disservice to the oppression he’s highlighting.

A few years ago, during my time at Brandeis University – this country’s premier Jewish institution of higher education – the school’s J-Street club hosted a particularly tense event. The organization had invited a former Israeli soldier to speak about her time stationed in the West Bank and the injustices she had witnessed.

The various pro-Israel groups on campus got wind that this talk was happening, and made a concerted effort to attend, prepared to pepper the speaker with pointless Zionist jargon. The IDF veteran took the podium and spoke about her first-hand knowledge of the occupation for more than two hours. By the time she finished speaking, the crowd was so bored and exhausted that no one really felt like fighting.

If you’re looking to experience a similar feeling, I would recommend The First 54 Years: An Abbreviated Manual For Military Occupation. Speaking directly to the camera, the documentary opens with another former IDF soldier recounting the time he and his unit displaced a Palestinian man from his home in the West Bank, more than forty years ago. From there, director Avi Mograbi introduces himself to the audience, again speaking directly to the camera. He explains his mission: use Israel’s occupation of the West Bank and Gaza Strip as an instructional guide for any nation interested in occupying a territory full of people who do not wish to be occupied.

No one promised that a handbook for military occupation would be exciting.

The remainder of the nearly 2-hour runtime is made up of more people speaking – you guessed it – directly to the camera. Mograbi lays out an objective of the occupying power and then cuts to former Israeli soldiers explaining the horrible things they did to accomplish these objectives. We get a sense of how the occupation has evolved from its early days (in the late sixties) to the response to the First Intifada (1987-1993) and the broken promises of the Oslo Accords.

We hear of the current deadlock, the endless demolitions, and oppression of right now. B-roll footage is used sparingly, adding to the feeling that this is an intentionally bland presentation. No one promised that a handbook for military occupation would be exciting.

Everyone speaks in English, and Mograbi exclusively uses the testimony of former IDF soldiers to tell us about these tactics. Instead of appealing to Israelis – the political body with the power to actually change things – one gets the sense that Mograbi wants to shock and teach an international audience about his countries’ history and behavior. (It feels like The First 54 Years found its way onto the New York Film Festival’s slate because of Israel’s especially horrendous actions this past spring). This is a cop-out: Mograbi ignores the psychological toll of occupation on both oppressed and oppressor, in favor of constructing a dry argument. He’s right, but who’s he going to convince?

The veterans Mograbi interviews don’t appear particularly proud of their actions, but most don’t seem particularly ashamed, either. After all, they were just following orders. Watching soldier after soldier recount a bevy of dreadful tasks, I found myself wondering: how could so many men have beaten and evicted innocent people? The lack of investigation into the relationship between occupation and broader Israeli culture is a glaring failure; The First 54 Years: An Abbreviated Manual For Military Occupation is about as worthwhile as merely showing up to a J-Street event.