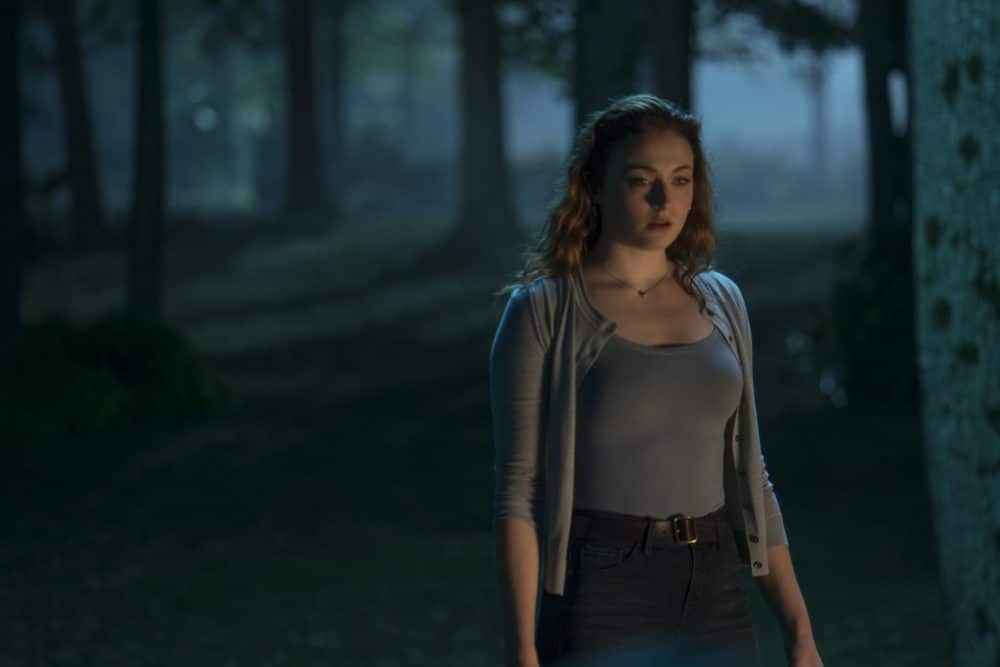 Dark Phoenix is a film in mourning – of its characters, its franchise, even of its own previously pristine state before delays and reshoots turned it into a Frankenstein’s monster of its former self. There’s an element of melancholy to its tone, a funereal presence that exists both before and long after a member of the team dies near the end of its first act (watch the trailers, and just try not to guess who it might be). Everything from Mauro Fiore‘s dim, TV-level cinematography to Hans Zimmer‘s droning score suggests a film that feels not unlike a wounded dog just waiting to be put down. The X-Men themselves want to be put out of their misery, and Dark Phoenix is their death rattle.

In principle, Dark Phoenix‘s approach makes sense: after the oversized, world-ending camp of Apocalypse, where else do you turn but inward? Longtime franchise writer Simon Kinberg (taking the director’s chair for the first time here) dials the superhero spectacle way back, retelling the “Dark Phoenix” storyline from X-Men: The Last Stand (which he also co-wrote, this is his second stab at the story) which sees psychic Jean Grey (Sophie Turner) reckoning with her burgeoning powers, enhanced by a mysterious cosmic energy that melds with her during a space mission early in the film.

While the idea of rehashing the same storyline again in the same franchise is aggravating (especially given that both versions largely eschew the cosmic scope of the original comics), Dark Phoenix wrestles with the same problems the entire prequel series had after the excellent First Class. Stars like Jennifer Lawrence and Michael Fassbender quickly hit the A-list and didn’t want to do it anymore; the prequel cast weren’t given nearly enough time to assert their own identities as distinct from their original counterparts; and the series insisted on speeding through a new decade each film, leaving its young stars still running around like twentysomethings while they’re definitely supposed to be in their fifties by now. If anything, the new series’ desire to abandon continuity altogether is almost refreshing.

With all these problems, it’s a miracle Dark Phoenix is even marginally coherent, held up largely by its ballsier tone and self-imposed sense of nihilism. Dark Phoenix exists in a world where the X-Men are tired of their jobs — mutantkind is no longer feared, but celebrated, with Professor X (James McAvoy) distracted by dinners and accolades. Beast (Nicholas Hoult) and Mystique (Lawrence) contemplate leaving the team, while Magneto (Fassbender) lives in peace in a government-protected mutant reservation. By the time Jean’s powers start to manifest, and the psychic barriers Xavier put up to hide the truth about her past start breaking down, the rest of the X-Men greet it almost with a sense of blissful resignation. After all, the world doesn’t need them anymore — and neither does its audience.

Unfortunately, these interesting questions frequently get lost in a morass of muddy dialogue and uninterested performances. Turner, in particular, can’t quite juice up her emotionally muted journey, Jean’s emotional journey largely manifesting as a series of downbeat open questions (“What is happening to me?”) and blank stares as she uses her powers. At one cringe-worthy point, she tells her nemesis, an equally-stoic Jessica Chastain as an alien who wants the Phoenix powers for her own ends, “My emotions make me strong.” But Kinberg’s dialogue and direction don’t give her much room to maneuver on that front.

It’s a franchise that sees its own death coming… and greets it with a resigned sigh.

The rest of the X-Men fare little better, making you feel like someone piped carbon monoxide into the X-Mansion. McAvoy and Fassbender give it their requisite intensity (McAvoy, in particular, has to sell a more explicitly selfish and myopic Xavier than in previous installments), but the younger crew are barely given anything to do. Suffering most are Cyclops (Tye Sheridan), Nightcrawler (Kodi Smit-McPhee), and Storm (Alexandra Shipp), promising additions to the cast largely distilled down to their power sets. One would think Cyclops would play a bigger part in Jean’s story, but he sits on the sidelines, just gawking at the proceedings. Quicksilver’s (Evan Peters) here too, but he gets knocked out of commission pretty early, and is hardly heard from again.

And yet, for all their murkiness, there are some interesting images in Kinberg’s dialed-down approach. Given the bombast typical of MCU films, it’s almost invigorating to see simple, homespun powers used for nasty, intimate body horror. Whether it’s Magneto handily crushing a train car like a beer can, squishing his enemies inside, or a possessed Jean awkwardly puppeting Xavier to ‘walk’ up a flight of stairs to her against his will, Dark Phoenix occasionally grants us some Cronenbergian delights.

Make no mistake, Dark Phoenix is an absolute mess, ending the nearly twenty-year run of the X-Men in their current form with a whimper rather than a bang. But considering the series’ messy timelines and deliberately anachronistic nature, it all seems oddly fitting. The performances and its central story are dull as dishwater, and yet we haven’t seen a superhero movie this concerned with death and endings since The Dark Knight Rises (a movie that Dark Phoenix owes a great deal to both thematically and stylistically).

Whatever form the X-Men take when they’re inevitably folded into the Marvel Cinematic Universe, this film serves as a flawed eulogy to the series that preceded it. It’s a franchise that sees its own death coming — at one point, our heroes are captured by military personnel who literally have the letters “MCU” emblazoned on their gear — and greets it with a resigned sigh. For that reason at least, Dark Phoenix carries a morbid fascination*.

(*At least, until you remember that Logan tried this wearier approach to superherodom to much better results.) 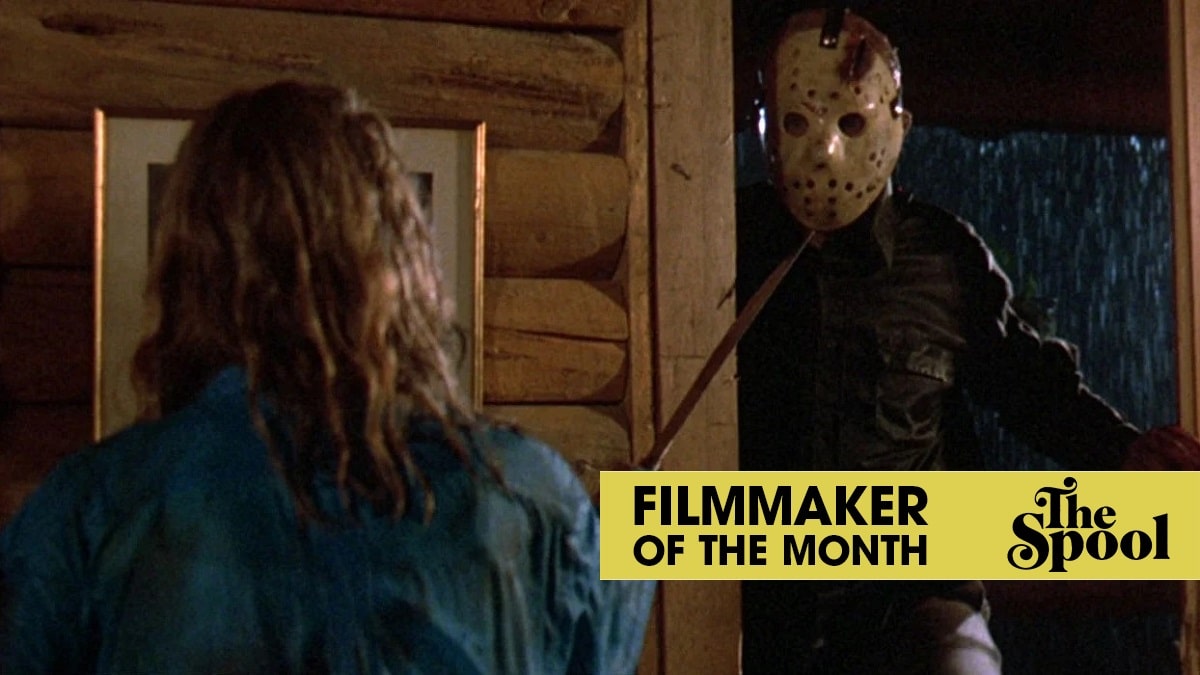 “Friday the 13th: The Final Chapter” tried (and failed) to kill Jason for good

Frank Mancuso, Jr. and Paramount tried to give Jason Voorhees a killer sendoff, but the franchise didn't stay dead. 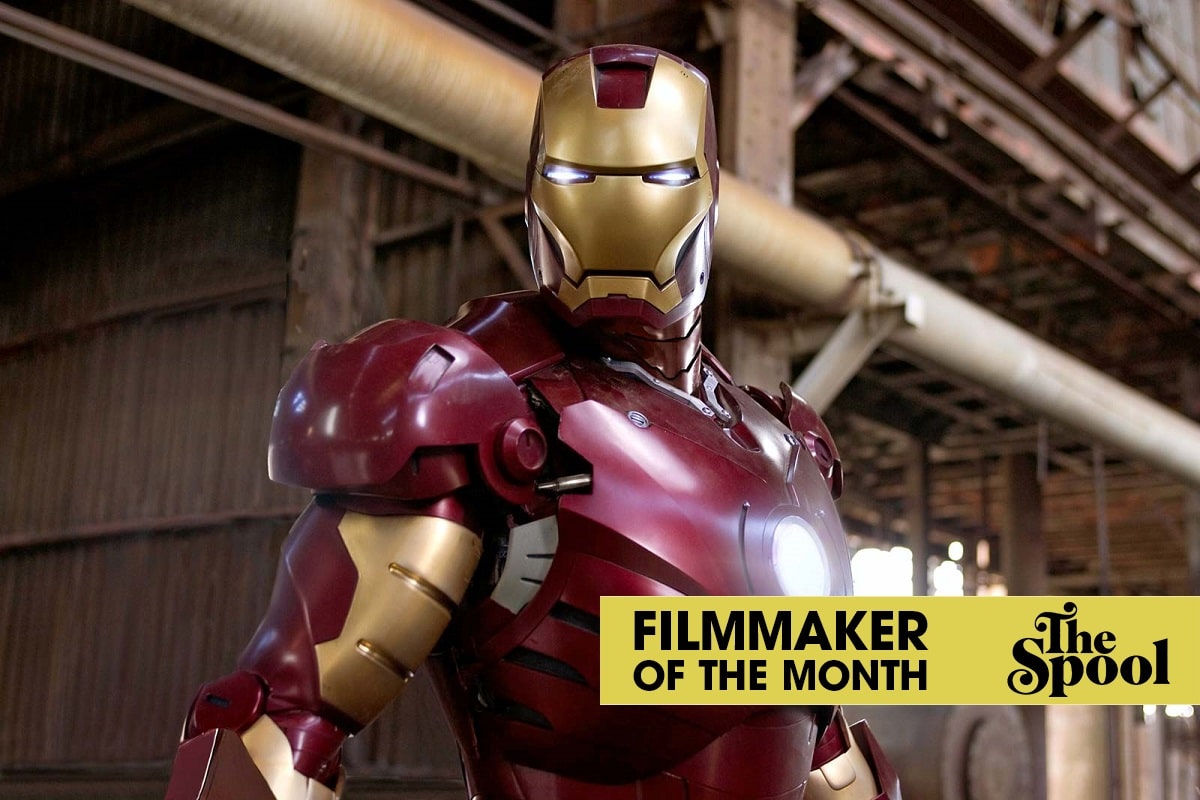 “Iron Man” built a hero – and a blueprint for a franchise