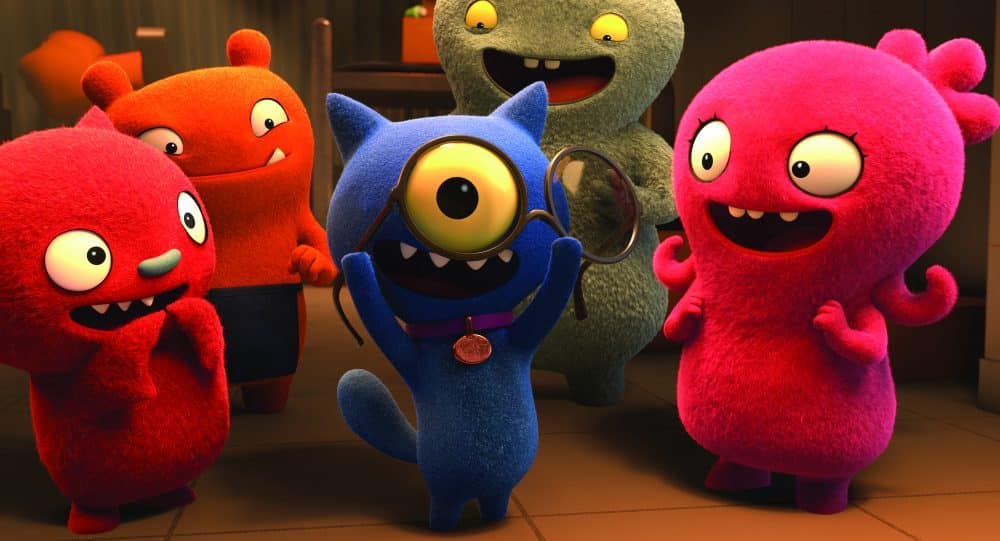 While the film carries its titular dolls’ message of loving your imperfections, the end result is still a little too safe.

Creating a movie based off of a toy line without established lore is both freeing and risky. While the lack of continuity means the filmmakers won’t have to worry about upsetting pedantic fans, it also means that they will have to build a universe from the ground up. While consumers only need to like the aesthetics of a toy to buy it, a movie audience will need relatable characters and an engaging story if they’re going to spend the money to go to a theater. In many ways, the UglyDoll franchise (created in 2001 by artists David Horvath and Sun-Min Kim) has a leg up on relatability as the toys put a focus on “imperfections”. Unfortunately, UglyDolls (directed by Kelly Asbury, Gnomeo and Juliet) fails to deliver a story that matches the quirkiness of the character design.

While there are many dolls in the UglyDoll line, the film focuses on Moxy (Kelly Clarkson, From Justin to Kelly), an appropriately named doll who is filled with all the pluck and grit required of a family-friendly protagonist. A resident of Uglyville, a vibrant and charming township that’s full of friends, food, and endless partying. Despite her happy life, Moxy still dreams of leaving her town for “the big world”, where she can have a kid of her own to love. Despite the warnings of the Uglyville leader, Ox (Blake Shelton, The Angry Birds Movie), Moxy convinces a group of fellow dolls to leave Uglyville through a pipe that leads them to The Institute of Perfection.

The Institute of Perfection functions as a “prep school” for dolls before they enter the big world, and it’s the total opposite of Uglyville. While the residents of Uglyville are asymmetrical and monstrous (in a cute way), the “perfect” dolls in the Institute are humanoid and conventionally beautiful. The dolls are warned by the Institute’s leader, Lou (Nick Jonas, Jumanji: Welcome to the Jungle), that the less perfect they are, the more likely they are to be thrown away. While ostensibly welcoming of the UglyDolls, Lou conspires to make sure they fail. However, Moxy is determined to make it to the big world, no matter the cost.

Learning to look past the superficial is a perennial theme in children’s media, and UglyDolls doesn’t add anything new to the conversation. While one would hope that Asbury would give the Institute of Perfection the same satirical slant he gave Far Far Away in Shrek 2, the film is a cuddly as its namesake toy line. Despite a few jokes based off the aspirational nature of fashion dolls (every doll has a high powered job, and is also a model), and a villain song decrying being ugly, the Institute’s idea of perfection is really just staying clean.  The closest we get to the dangers of conformity is the UglyDolls’ only “perfect” friend, Mandy (Janelle Monae, Hidden Figures) hiding her need for glasses. Obviously, a children’s film has to be on the nose, but the film’s unwillingness to explore its own message in depth is disappointing.


Despite the predictable storyline and flat characters, kids will still enjoy the colorful world and toe-tapping musical numbers, which are thankfully enough to keep the adults in the audience placated, if not entertained.

Where UglyDolls decides it wants to spend most of its time is in its musical numbers, which it pulls off better than its social commentary. It’s obvious that the producers wanted the soundtrack to be just as- if not more- successful as the film itself: of the eleven main speaking roles, seven are accomplished musicians.  As such, the musical numbers are catchy, well-sung, and the most memorable parts of the film. Of note are the songs “The Ugly Truth”, a villain song sung by Jonas that describes’ Lou’s philosophy on what’s important in life, and “All Dolled Up”, a makeover song sung by Monae, which is a fun bubblegum song to keep things light before the inevitable low point of the second act.

Besides being catchy, the songs also allow the actors to enrich their performance. While Clarkson’s acting has definitely improved since the infamous From Justin to Kelly, the only time her performance has any real emotional depth is when she’s singing. Similarly, Shelton’s Ox’s best moments come in song. That isn’t to say that all the spoken performances are flat: Nick Jonas’ Lou has plenty of villainous charisma, and Janelle Monae plays the unsure Mandy as relatable and charming.

Sadly, the rest of the cast isn’t able to stand out- partially because of how big the cast is. Besides the characters previously mentioned, there’s also the rest of the UglyDolls: Wage (Wanda Sykes, the Ice Age movies), Ugly Dog (Pitbull, Epic), Babo (Gabriel Iglesias, Show Dogs), and Lucky Bat (Wang Leehom). Of the supporting dolls, Wage and Ugly Dog are the only memorable characters, mostly because they’re just cartoon versions of Wanda Sykes and Pitbull. The strangest casting choice, however, was to have Bebe Rexha, Charli XCX, and Lizzo play stereotypical mean girls. Maybe it was supposed to be a meta-joke since they are all artists who challenge the pop starlet archetype. Still, while they do have some decent comedic moments, felt Ill-used, especially since they didn’t have their own song (although them all singing together may be too hip for this movie).

Despite the predictable storyline and flat characters, kids will still enjoy the colorful world and toe-tapping musical numbers, which are thankfully enough to keep the adults in the audience placated, if not entertained. The A-List cast and popularity of the toys themselves will probably ensure that UglyDolls will make its money back, and with Hulu already ordering a series based off of the movie, further entries into the franchise seem probable. Let’s just hope the TV series gives future movies a little more something to work with. 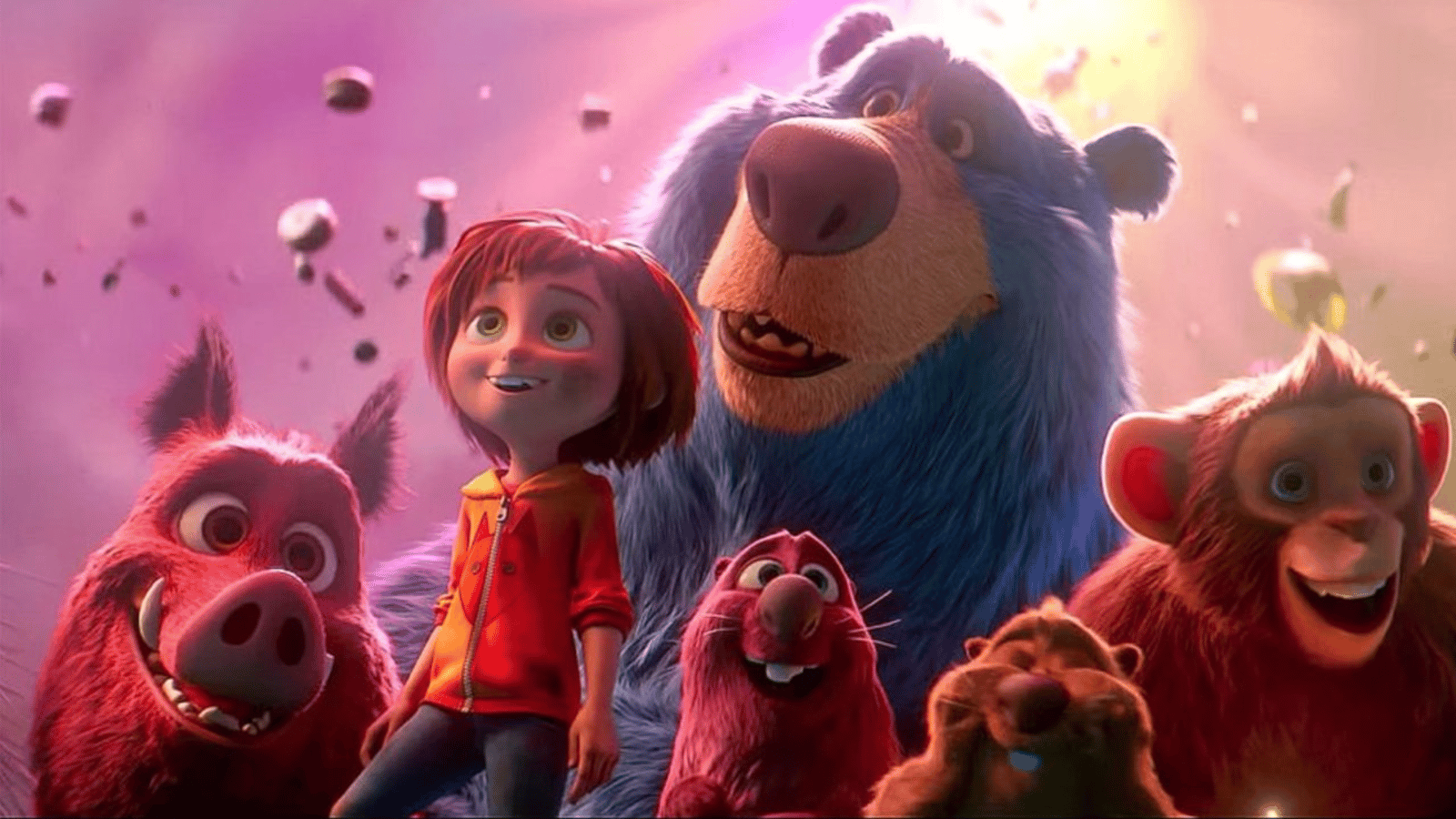 Wonder Park Review: You Must Be This Bland to Enjoy This Ride

Nickelodeon's latest family film is a boilerplate adventure that roller-coasts on its own basic competence. 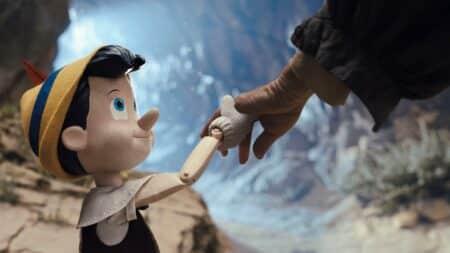