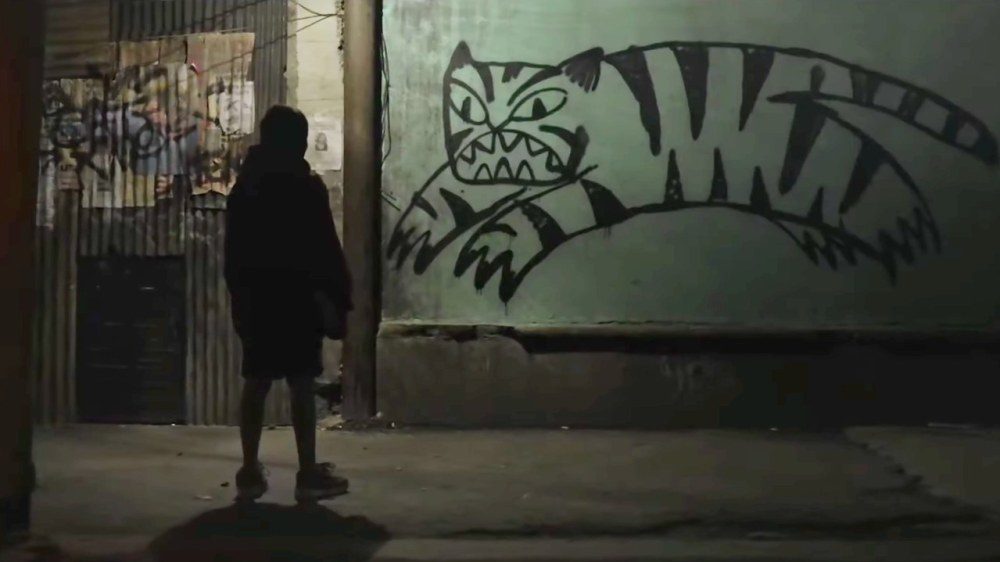 As headlines continue to dominate about the US-Mexico border crisis, it’s important to remember the reason, more than just economic opportunity, many are fleeing Mexico to come here – the Mexican drug war, in which (as the opening text of Tigers Are Not Afraid tells us) more than 160,000 people have been killed in the crossfire, and 53,000 have disappeared.

But Issa López‘s film is not Sicario, though it shares some of its handheld visual language and sharply resonant violence with that more famous account of cartel ruthlessness. Instead, it’s a dark urban fantasy, a blood-soaked fairy tale of a type often associated with Guillermo Del Toro (who recognized that connection as well, given his work to promote the film stateside and an upcoming collaboration with López in the future). By throwing in a dash of magical realism and the all-too-important perspective of children surviving amongst real-life violence, Tigers Are Not Afraid (Spanish title: Vuelven) surprises and grips in equal measure.

Tigers asks an oft-overlooked question: given the large body count of the Mexican drug war, what happens to the children of those left behind? Estrella (a wonderfully expressive Paola Lara) is one of those children, a young girl whose mother mysteriously disappears one day, leaving her languishing in her home with a rapidly dwindling supply of food and water, and no school in session after a shooting early in the film. Luckily, she’s been given three pieces of chalk by her teacher, each one with the power to grant a wish.

But these are no ordinary wishes; each one brings with it a dark price, which she learns all too well when she joins up with a group of orphaned boys – led by the blustering Shine (Juan Ramón López) – to survive on the streets and find Estrella’s mother. Gang lieutenant Caco (Ianis Guerrero) may hold the secret to her mother’s disappearance, and the ghosts of everyone he and the cartels have killed call out to Estrella and the boys to exact vengeance.

If the Del Toro connection is to be followed to its logical conclusion, Tigers Are Not Afraid hews most closely to The Devil’s Backbone — a group of kids weathering violent political turmoil, answering the call of the dead to take revenge on the evil men who stole their lives. But instead of the sumptuous period affectations of the Spanish Civil War, López hurls us into the gritty immediacy of modern-day Mexico and its nightmarish conditions.

Juan Jose Saravia‘s cinematography dips Mexico’s urban landscape in a mixture of inky blacks and greyed-out concrete, interrupted only by the splash of blood or the orange glow of a campfire. Even when the kids find intermittent joy in an abandoned building where they can imagine all the creature comforts they want (a zoo! a pool!), the grim look of the world doesn’t abate.

Tigers has more than a whiff of the supernatural – the addition of horror and fantasy elements, like ghostly trails of blood and moving, living graffiti sprayed along the brick walls of Mexico City, simply contrast the earthly horrors our childlike characters have to contend with. They’re not always smoothly integrated into the finished film (one animated object late in the film feels particularly amateurish) but they’re so elegantly integrated into the story those flaws are unimportant.

Their falsity brings to attention the sheer imagination of López’s vision, and the need for our young protagonists to keep that imagination alive. Like in The Devil’s Backbone, it’s not the ghosts you have to be afraid of – it’s who made them ghosts in the first place.

That said, one of Tigers‘ greatest strengths is its cast of kids, effortlessly conveying that precarious balance of innocence and darkness the story takes them through. While Lara makes for a beautifully hopeful protagonist, it’s Juan Ramón López as Shine who best captures the tragedy of growing up too fast – a Rufio-like leader whose posturing machismo belies the fact that he’s south of ten years old, and just as scared as everyone else. Early in the film, Shine steals a gun from Caco while his back is turned; he cocks it and raises it to the villain’s head. But he can’t do it. He’s too afraid. A voiceover parallels his story with Estrella’s fairy tale, the story of a prince who became a tiger: “We forget that we are Princes, tigers, warriors. When the things from outside come to get us.”

These are children desperately trying to maintain their innocence in a violent world, and the tiny tragedies that come when they have to grow up far too fast.

Tigers is chiefly about that journey – about the way violence changes children, and how they must adjust to overcome it. These are children desperately trying to maintain their innocence in a violent world, and the tiny tragedies that come when they have to grow up far too fast.

López’s approach is confident and mysterious, never shying away from putting her child characters through incredible emotional and physical, life-and-death pain. But there’s a grace in this, an acknowledgment of the suffering that this lost generation experiences at the hands of Mexico’s out of control gang wars. By exploring these dangers through the realm of fantasy, we can make space to reclaim a sense of hope amongst the darkness. Like Estrella, we too can find strength in the stories of the dead, so we may protect those who are still living.

This is hardly López’s debut (it’s her third film, being a known quantity in Mexican genre cinema), but her impassioned, imaginative approach here is sure to awaken her to an international audience.

Tigers Are Not Afraid will make your dark wishes come true on Shudder September 12. In Chicago, it’s playing at the Music Box Theatre; get tickets here.

Tigers Are Not Afraid Trailer: 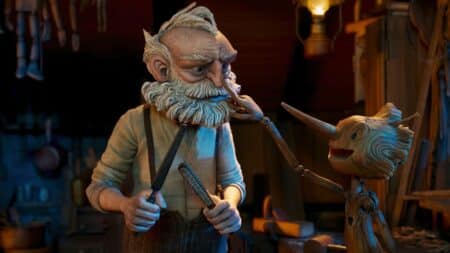 Pinocchio is a fairy tale to break your heart 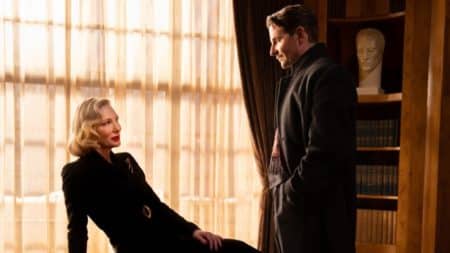 The auteur's update of the 1946 novel is a film noir steeped in too much of the author's romanticism.