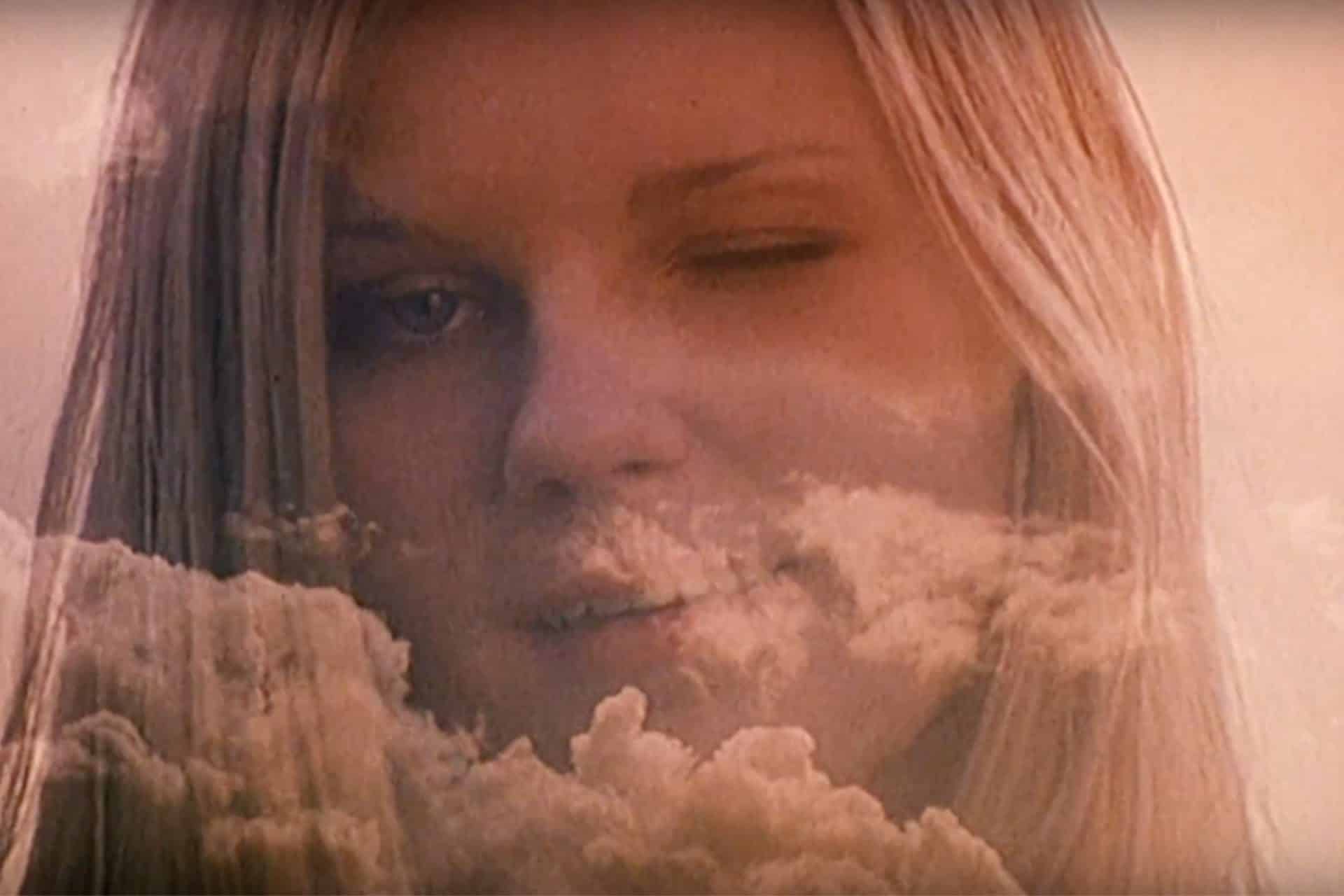 Sofia Coppola’s dreamy, empathetic story of troubled teens has only improved with time.

When I sat down in the screening room 20 years ago to watch The Virgin Suicides for the first time, I must confess that it was with slightly more trepidation than usual, for a couple of very specific reasons.

For one, while I was an enormous fan of the 1993 debut novel by Jeffrey Eugenides, it was the voice that he used—a first person plural perspective used to represent a group of teenage boys struggling to comprehend the incomprehensible—to tell his story that was perhaps the most striking thing about it and it seemed impossible that a cinematic equivalent could be found that would have the same impact.

More significantly, the film marked the directorial debut of Sofia Coppola, whose most notable credits to that point were co-writing the dreadful “Life Without Zoe” segment from the anthology film New York Stories (1989) with her father, Francis, and then stepping in for an ailing Winona Ryder and into bad movie history to play Mary Corleone in 1990’s The Godfather Part III. To be fair, she did not deserve all of the critical brickbats hurled at her for that film—she was not good but she was hardly the only problem—but other than Lick the Star, a short film she made the year before, there was nothing to suggest why she should have been given the reins of a project like this other than the familiarity of her last name.

Needless to say, it was more than a little startling to watch the film and realize that I was witnessing not just the rare example of a film that was just as good—possibly even better in some regards—than its literary source material but one of the most self-assured filmmaking debuts in the history of recent American cinema.

Set in the late Seventies in the suburban enclave of Grosse Pointe, Michigan, The Virgin Suicides is centered around the five Lisbon sisters—Lux (Kirsten Dunst in the first of three collaborations to date with Coppola), Mary (A.J. Cook), Cecilia (Hanna R. Hall), Therese (Leslie Hayman) and Bonnie (Chelse Swain), a quintet of teenage sisters. The sisters’ beauty and sheltered existence, the result of overprotective parenting from their repressive mother (Kathleen Turner) and meek math teacher father (James Woods, cast wildly against type and delivering one of the very best performances of his entire career), have made them the enigmatic focus of the dreams and desires of a group of neighborhood boys.

Over the summer, the youngest sister, Cecilia, attempts suicide but survives, only to finally kill herself a couple of months later when she excuses herself from her birthday party to jump out of her bedroom window and impale herself on an iron fence. This act drives the parents to exert even more control over the girls, and sets the tongues of their neighbors wagging, but it only serves to make them even more mysterious and alluring to the boys.

After the school year starts, Lux begins a clandestine romance with school bad boy Trip Fontaine (Josh Hartnett), who eventually persuades Mr. Lisbon to let him take Lux to Homecoming by promising to arrange dates for her sisters as well. That is easy enough and on that night, after they are named King and Queen, Trip and Lux slip away from the others and have sex on the football field.

Afterwards, Lux falls asleep and Trip leaves her, forcing her to go home alone. Since Lux broke curfew, her parents overreact by pulling the girls out of school entirely and making them virtual prisoners in their own home. The besotted boys still manage to make contact with the sisters and the two groups communicate via light signals and playing pop songs back and forth over the phone. It all eventually becomes too much for the sisters and it inspires them to a final act that will shatter their parents, briefly titillate the neighbors and haunt the boys for decades to come.

All of the basic plot details of The Virgin Suicides as a film hew fairly closely to the original Eugenides text. In bringing it to the screen, however, Coppola ingeniously figured out ways to transform its unique literary qualities into cinematic terms, while at the same time finding a new and personal way of approaching the material. The book is essentially a memory piece and is sometimes laden with a bit too much in the way of detailed description for its own good.

Coppola ingeniously figured out ways to transform its unique literary qualities into cinematic terms, while at the same time finding a new and personal way of approaching the material.

In adapting the The Virgin Suicides, Coppola left the basic plot structure and some of the dark humor, and even manages to retain Eugenides’s authorial voice by utilizing a voiceover narration delivered by Giovanni Ribisi that proves to be an especially inspired touch. She stripped out most of the obsessive description in order to let viewers connect more directly with the story at hand. Instead, Coppola evokes the feel of a long-held memory via an evocative visual style that she and cinematographer Edward Lachman devised that suggests the soft-focus haziness of a Playboy centerfold shoot from that era, mixed in with a vague sense of dark foreboding lurking on the edges and an equally haunting score from French pop favorites Air that also includes some cannily chosen hits from the era. After watching the film, you will never hear hits like Todd Rundgren’s “Hello It’s Me” and Gilbert O’Sullivan’s “Alone Again (Naturally)” in quite the same way.

Like the book, Coppola wisely resists the urge to make the story points obvious or try to explain exactly why the Lisbon sisters do what they do. She is smart enough to realize that there can be no single and specific answer to such a question, and confident enough both in her skills as a storyteller and the intelligence of her viewers to plunge them into the same sense of mystery and loss felt by the characters.

The key change that Coppola has instilled in adapting the book is that she subtlety shifted the focus from the boys and their obsession with the Lisbon sisters to the girls themselves. This is not to say that she kicked them to the curb entirely. Coppola is never critical or cruel towards them, or their affection for the Lisbons. Indeed, one of the most powerful and moving moments comes when the now-adult Trip (Michael Pare), evidently in some rehab program, discusses his relationship with Lux, and the events of that fateful homecoming night. As he speaks, you can see that he is still both gripped, and haunted by her memory to this day.

However, something about Lux and the others clearly resonated with Coppola. She was able to transform them into representations of some unattainable ideal as real and relatable people, who are consumed with all the enormous and unknowable emotions of adolescence but have been given no healthy way of dealing with them. From the empathetic performances that she got from her young actresses to such seemingly mundane things as the way the characters sit or the decor in their rooms, Coppola truly understood them.

As a result, the film quietly develops into one of the most thoughtful and empathetic depictions of adolescents coming of age in an American film. Although an undeniable knockout when it was first released in 2000, The Virgin Suicides is even more interesting to watch today. It was the first take on many of the thematic interests that Coppola would explore in her subsequent films—Lost in Translation (2003), Marie Antoinette (2006), the grievously underrated Somewhere (2010), The Bling Ring (2013) and The Beguiled (2017)—primarily young women who are grappling with questions of identity, youth, sexuality and age in narratives that are driven more by characters and dream-like moods than by the strict machinations of the plot.

Over the course of Sofia Coppola’s career to date, she has developed an undeniably unique and always expanding aesthetic as personal and distinctive as anyone making films today. However, it was with The Virgin Suicides that she first established her artistic voice. It’s the kind that you will almost certainly never see being put in the service of the latest MCU nonsense (though the notion of her applying her particular cinematic vision to that form of storytelling is undeniably tantalizing), and it rings out as loudly and clearly today as it first did two decades ago. 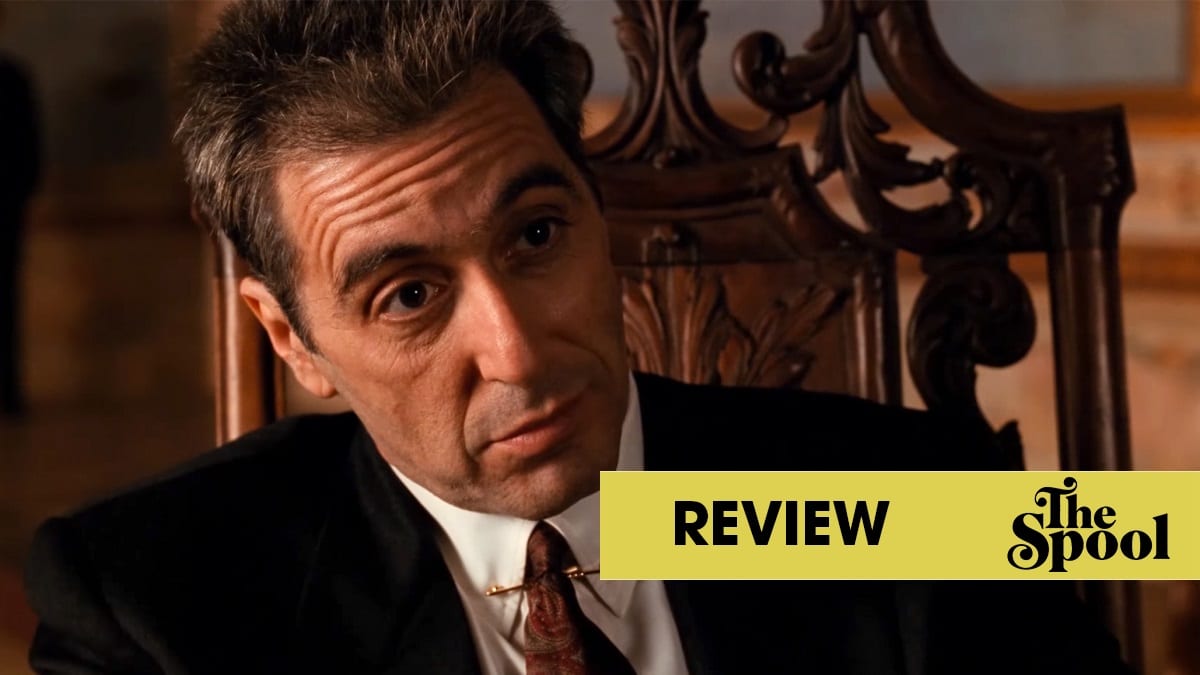 “The Godfather Coda” gives Coppola a fitting cap to his masterwork

Francis Ford Coppola returns to his most iconic story with a re-edit of Part III that repairs the infamous original. 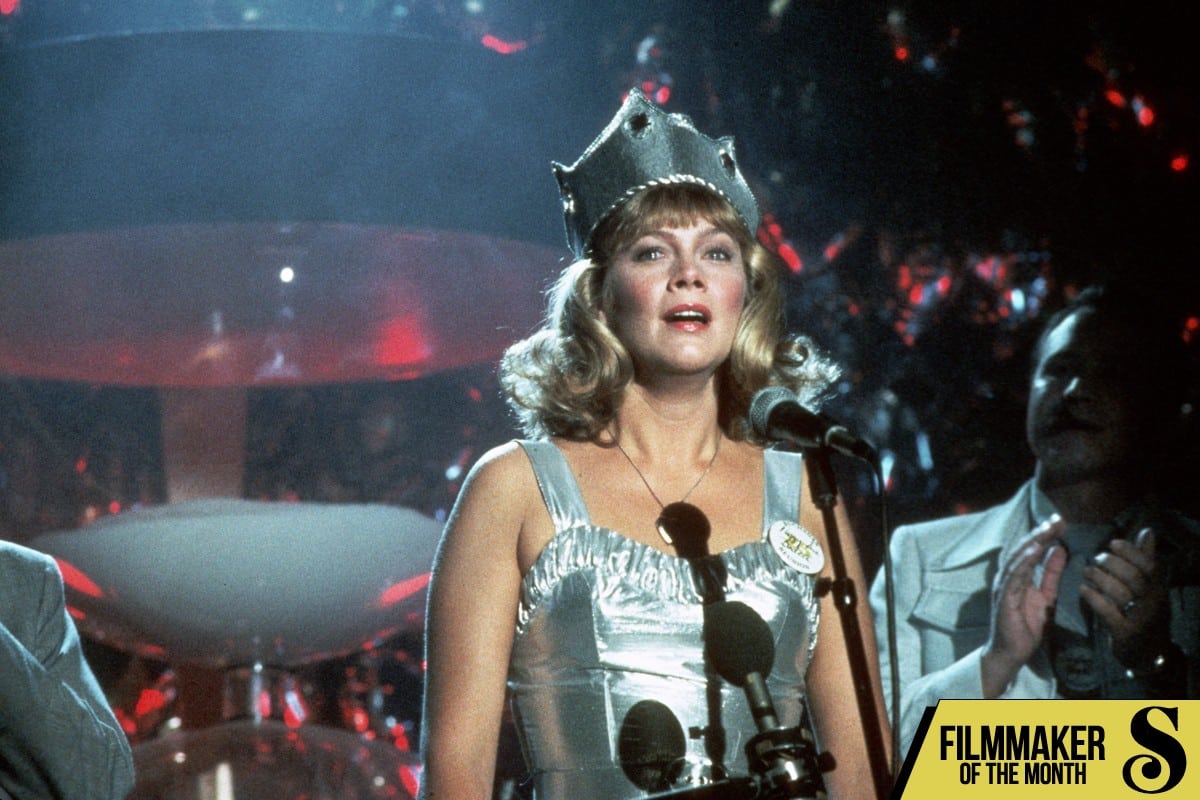 “Peggy Sue Got Married” finds the humanistic in time travel

Coppola goes small in scale and big in heart.