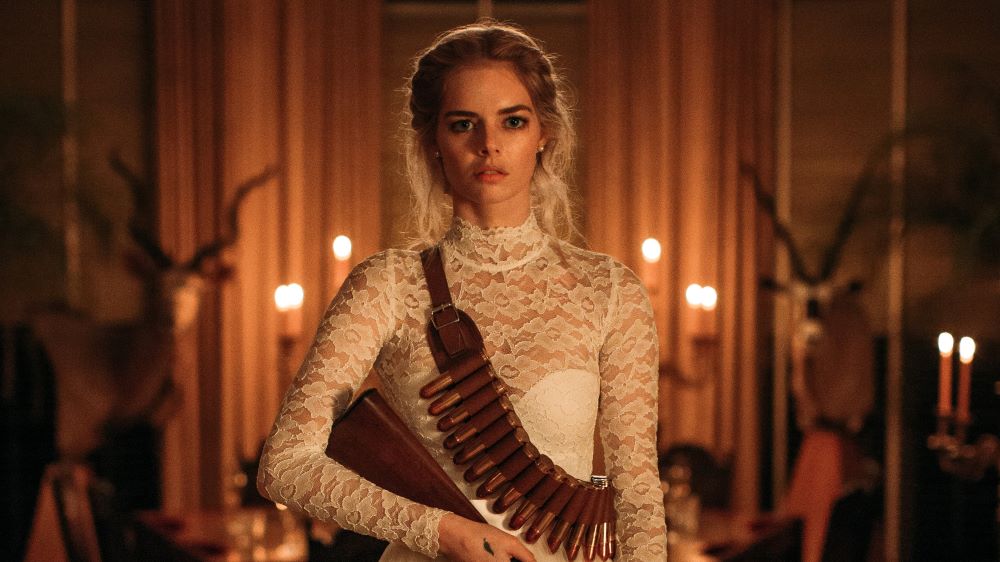 A young bride fights off her murderous in-laws in a delightfully droll slasher thriller.

While the film industry a business mostly run by the wealthy, the narratives of cinema often harbor a distrust of the elite. Since the majority of the movie-going public has to work for a living, most film protagonists are plucky and poor, while the antagonists are often part of the one-percent. Matt Bettinelli-Olpin and Tyler Gillet’s latest thriller, Ready or Not, continues this tradition by having a working-class woman go through hell when she marries into a hyper-wealthy family.

Grace (Samara Weaving, The Babysitter) is overjoyed to marry Alex Le Domas (Mark O’Brien, Goalie), despite the cold reception she receives from most of his family. After the reception is over, Alex reveals that the family has a tradition where people who marry into the family have to play a game at midnight after the wedding. The Le Domas clan made their fortune through board games and sporting goods, funded through a mysterious entity known as Le Bail. In his honor, the newlywed must draw a card with the name of a game out of a box given to them by the mercurial presence.

While the game ceremony starts out lighthearted, the mood turns dour when Grace draws the “hide and seek” card out of the box. She is told that she will need to hide somewhere in the house, and will win the game if the family doesn’t find her by dawn. However, what the family neglects to tell her before she hides, that if they find her, they’ll kill her. Alex finds her and reveals that the family believes if they don’t find her by dawn, they will be killed.

Despite the trauma that the film puts Grace through, Ready or Not is mostly a comedy, with the killer family being played more slapstick than sinister. The parents play it straight, but the filmmakers mine plenty of absurdist comedy from that; father Tony (Henry Czerny, Quantico), is constantly freaking out, and his wife, Becky (Andie MacDowell, Groundhog Day), acts like the stereotypical no-nonsense matriarch.

Alex’s siblings and their spouses, meanwhile, are the biggest sources of consistent laughs — specifically his sister Emilie (Melanie Scofano, Wynnona Earp), who is coked-out throughout the hunt and keeps accidentally killing her nannies. Emilie’s husband, Fitch (Kristian Bruun, Murdoch Mysteries), with his endless fumbling with his crossbow, makes for another delightful foil. Even the only truly threatening character, Aunt Helene (Nicky Guadagni, The Handmaid’s Tale), is still played for laughs — she performs creepiness to the extent that it becomes over the top. And then there’s brother Daniel (Adam Brody), whose characteristic snark takes him down a few surprise turns before the bloody night is over.

The zaniness of the family, however, is a stark contrast to the relative blandness of the leads. This isn’t to say that Weaving does a poor job; she’s likable at the start of the film and slowly transforms into a badass dead set on doing anything to survive. But there isn’t anything about Grace that sets her apart from the final girl crowd. Likewise, O’Brien’s Alex is also unmemorable; he plays the character as defiant to his family’s craziness (despite subjecting Grace to it), and spends much of the film trying to save his wife, but he’s just not interesting.

Behind the violence and thrills, Ready or Not is a condemnation of the wealthy’s willingness to put others in harm’s way if it will keep them in power.

Both Grace and Alex would have been better served if the movie had spent more time showing their relationship, but the characters are introduced minutes before the wedding. Unfortunately, while the relationship between Grace and the Le Domas clan is explored a bit in the wedding activities, most of their dynamics are laid out in a painful exposition dump after the opening scene.

Of course, audiences aren’t coming to see Ready or Not for an in-depth exploration of family dynamics; they want to see a crazy rich family hunt a likable protagonist. In this area, they won’t be disappointed. At a little over 90 minutes, the film keeps a brisk pace with setpiece after setpiece of Grace trying to elude her pursuers. One particularly tense scene has Grace trying to hide from the butler (John Ralston) in the kitchen while he makes tea. Most impressively, the movie effortlessly balances its slasher suspense with an acid-tongued humor, keeping the film from feeling like a parody.

While Betinelli-Olpin and Gillet show no hesitation in their displays of gore, it’s a shame they’re more hesitant in exploring the movie’s themes. Behind the violence and thrills, Ready or Not is a condemnation of the wealthy’s willingness to put others in harm’s way if it will keep them in power. The family doesn’t relish having to kill Grace, but since not doing so would cause the family’s ruin, they don’t feel bad about it either. Even Alex, who tries to save Grace and stop the ritual, was willing to put her at risk. She would have left him if he didn’t marry her, but he never tells her about the possibility of her being killed, since she would have left him if she knew. Most people wouldn’t put the person they love in this position, but his privilege made him feel that his happiness is worth the risk to her life.

Despite the possibilities these themes bring up, they are mostly just footnotes to the action. This isn’t surprising, the filmmakers are obviously going for a B-Movie popcorn flick, but it is a little frustrating when it’s not explored. It might have been too much to ask that some of the action be replaced with character development, but it would have made the film a richer one.

With income inequality worsening, it’s unlikely that films will stop having predatory elites serve as antagonists anytime soon. (It’s also curious to see this film in a cultural environment when another film with a similar premise, The Hunt, was pulled for its violence and alleged ‘anti-conservative’ bias.) Even the most die-hard capitalist knows, at least on some level, that the rich are only looking out for themselves and don’t care how they hurt the rest of us. While Ready or Not is a shallow critique of the callousness of the blue-blooded, its comedy and thrills make it an enjoyable one.

Ready Or Not, here it comes to theaters August 21.

Ready or Not Trailer: 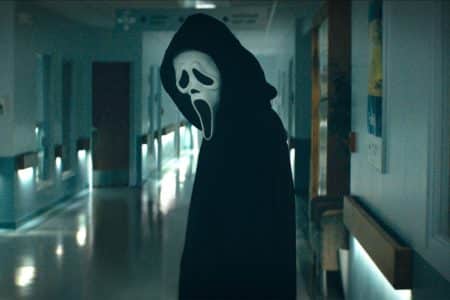 Scream is a brutal, clever return to form

The spirit of Wes Craven lives on in the fifth installment of horror’s smartest slasher franchise.

Birds of Passage Review: Balancing Tradition and the Modern World

The Colombian crime thriller serves as an intriguing, culturally relevant twist on an age-old story, with an eye to highlighting Wayuu cultural traditions.