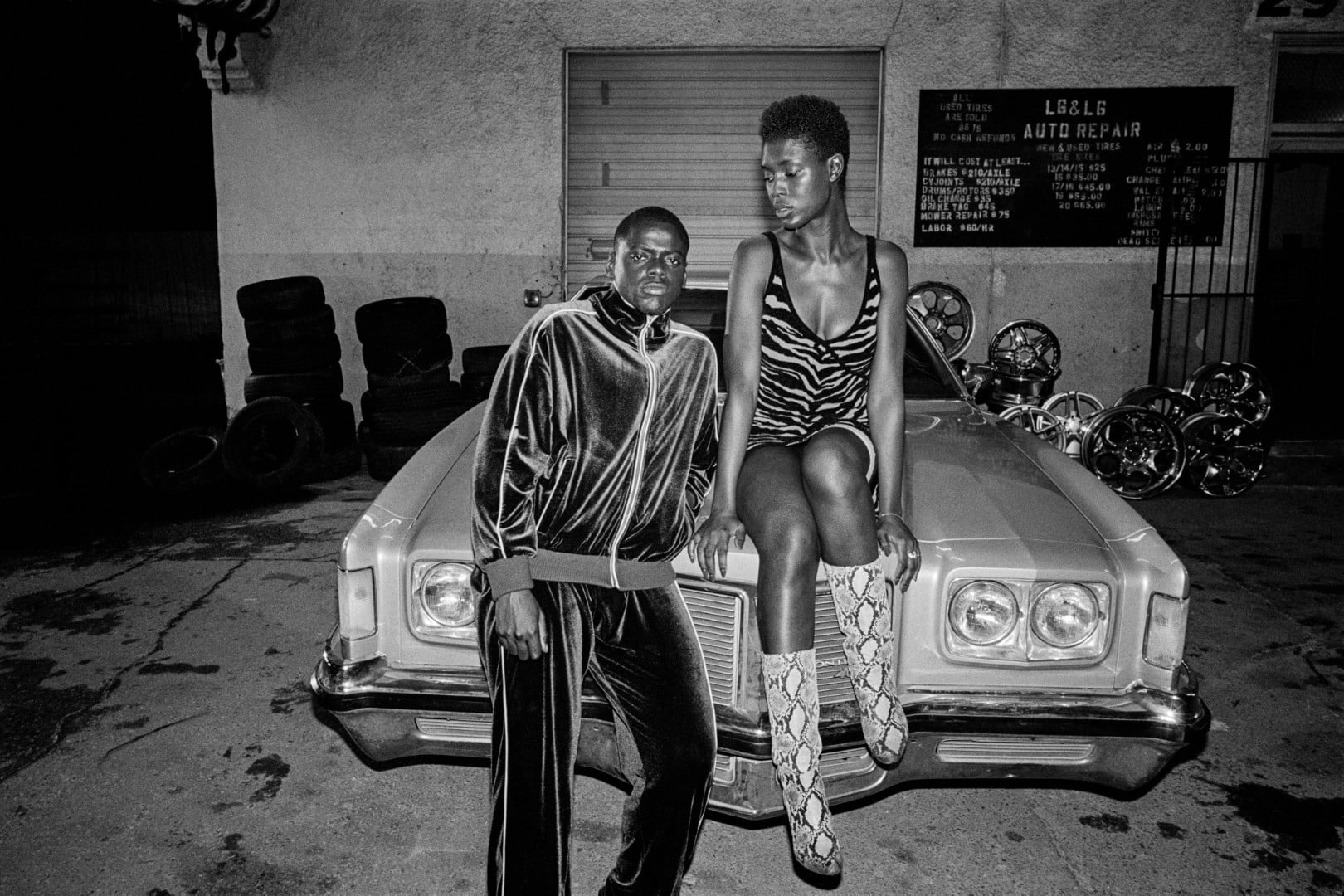 Melina Matsoukas’ vivid debut makes a Bonnie & Clyde story out of the dangers of being black in America.

About halfway through prolific music video director Melina Matsoukas’ debut feature Queen & Slim, outlaw Slim (Daniel Kaluuya) has a request for the drowsy Queen (Jodie Turner-Smith). After dozens of hours on the lam, he wants a drink at a Kentucky blues bar. They’re bone-tired but with a spark in their step at the possibility of a moment of inner quiet. The two saunter into the club, down a few fingers of bourbon, and have a slow embrace to almost atonal, quicksand-slow blues. It’s arguably the best moment in the film, a neat mission statement packaged in the middle of a film that could stand to slow down more often.

For decades, outlaw-on-the-run films have primarily centered on white people, whether it’s the cold-blooded killers of Bonnie & Clyde or the marginalized misfits of Rivers of Grass. That’s not to say that there haven’t been lovers-on-the-run films about black people, but they’re so rarely pitched with the same unadulterated sense of freedom. An opportunity to traffic in the imagery of accepted Americana and recount the tales of the passionate and impulsive, the outlaw film has a singular energy that’s nonetheless been isolated to focus on specific (white) archetypes.

At its best, Queen & Slim actively wrestles with this white legacy and how that contrasts with what being ‘on the lam’ means for their black counterparts. For our two lovers on the run, every moment of leisure is a luxury, a reclamation of the lives they lost after a fateful mishap with a racist Ohio cop (outlaw country star Sturgill Simpson, in a cute bit of casting).

Accordingly, much of the film’s runtime addresses this push and pull of the rational fear of corrupt authorities and the familiar surface polarizations of Queen and Slim, two people who have far more than an eating pet peeve separating them and far less that could unite them. Queen is a public defendant, fed up with systems that have ground down those that never had a chance. Her demeanor is steely and elegant, which matches her hard-nosed worldview. In more than just her stature, she resembles Grace Jones, even if her hairstyle change didn’t feel like a subtle confirmation.

Slim is her tonal opposite, a carefree goofball who’s defined less than his occupation than his attachment to his family, appreciation for his local black-owned diner, and almost political interest in simply being allowed to live. Further crystallizing their disparate perspectives, the instigating incident is a showcase for their different approaches to authority.

Well-attuned to his expected behavior around a cop, Slim quickly attempts to insinuate him into the good graces of a racist who’s all too keen to search for a reason to shove him in the back of his squad car. Queen, on the other hand, is a casual radical, questioning every step of “protocol” with legalese and a suspicion that draws from decades of mistreatment.

Queen & Slim actively wrestles with this white legacy and how that contrasts with what being ‘on the lam’ means for their black counterparts.

It’s frustrating, then, that the script (written by Lena Waithe and with a story co-credit by James Frey) alternates between this bracing clarity about daily life and a more platitudinous bluntness. In some moments, Matsoukas harnesses these totemic ideas, as in an elegiac sequence where Queen and Slim both have their signature hairstyles cut to avoid identification. The move achieves a universality and poetry in the same manner as Beyonce’s Lemonade (of which Matsoukas was part of the creative team) through its combination of surrealist visuals and inspirational narration.

But too often, Waithe’s dialogue feels like it’s trying to evoke a tradition of black poetry without the same clarity of purpose. Over and over, the dialogue moves from sinuous to hammer-headed as the characters restate their frame of mind and align themselves with a fatalist spirituality.

And attempting to cover a huge amount of ground along this narrative road trip, the script nonetheless feels too ready to take the easy shortcuts along the way even as the view is never anything less than immersive along the way (Special consideration needs to go to the music department who soundtracks their trip with everything from Megan the Stallion to Luther Vandross.) A pit-stop to visit Queen’s uncle (a gregariously foul Bokeem Woodbine) splinters in unexpected directions as memories come to light, and his harem (including standout Indya Moore) reveal themselves as compasses for the wayward relative.

But other sequences feel like they exist because of an unseen jump offscreen, whether it’s expressed in character arcs or the outside resonance of Queen & Slim’s exploits. The most clanging incongruence comes in a late scene crosscutting a protest and a pivotal interaction. But another earlier scene requires a very unconvincing character push toward vulnerability. Many of these can be categorized more as irritating contrivances, like the film’s requisite ‘one good cop’, but they pile up in a way that makes the film feel lopsided.

To put it less delicately, it’s hard not to wonder whether this critic isn’t too cynical for a film like this, one that reaches for such open-hearted catharsis. Seeing this in a packed theater, my robotic brain is skating over the exact scenes that are making huge portions of the audience clap and gasp. And while it’s easy to continually nitpick the ways that this film bites off more than it can chew, this is also the rare film that feels like it’s attempting something grander.

In the same way that Get Out attempted to reconfigure the understanding of popular black heroes in horror, Queen & Slim feels like it’s fighting against the inevitable tides of history. It’s an uneven debut, and it’s rarely dramatically neat. But it’s trying to make its own route to follow for the next people down the line.

Queen & Slim goes on the run and rides to freedom in theaters now. 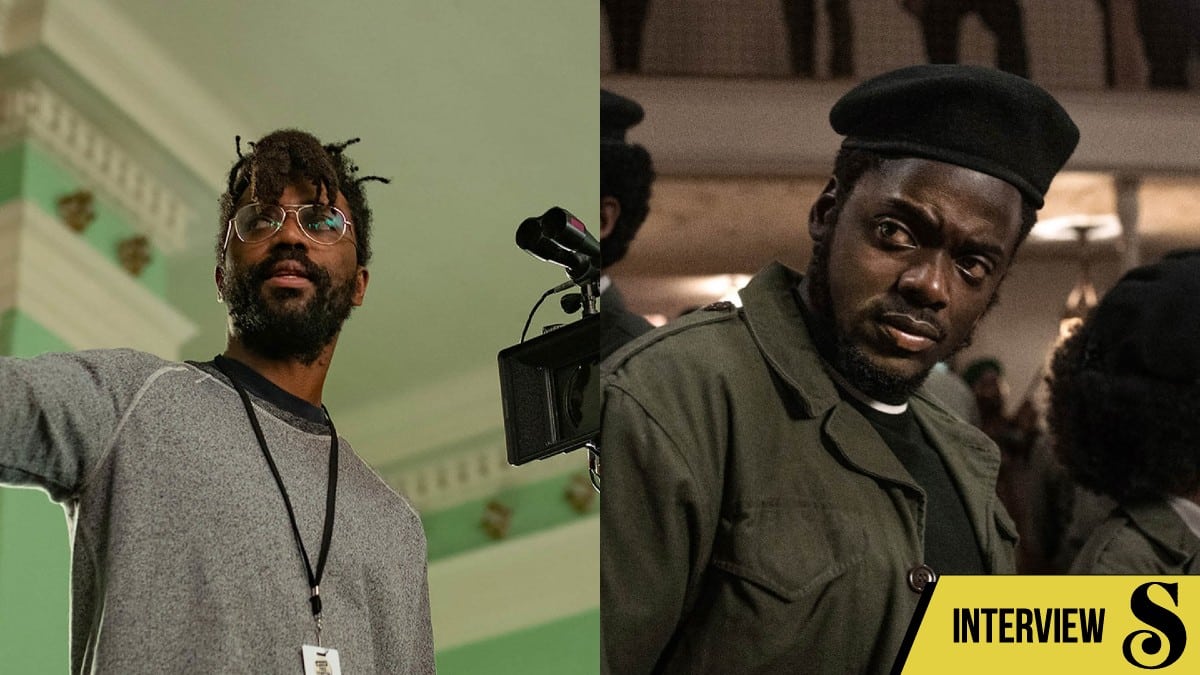 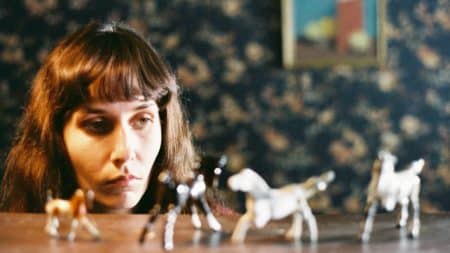 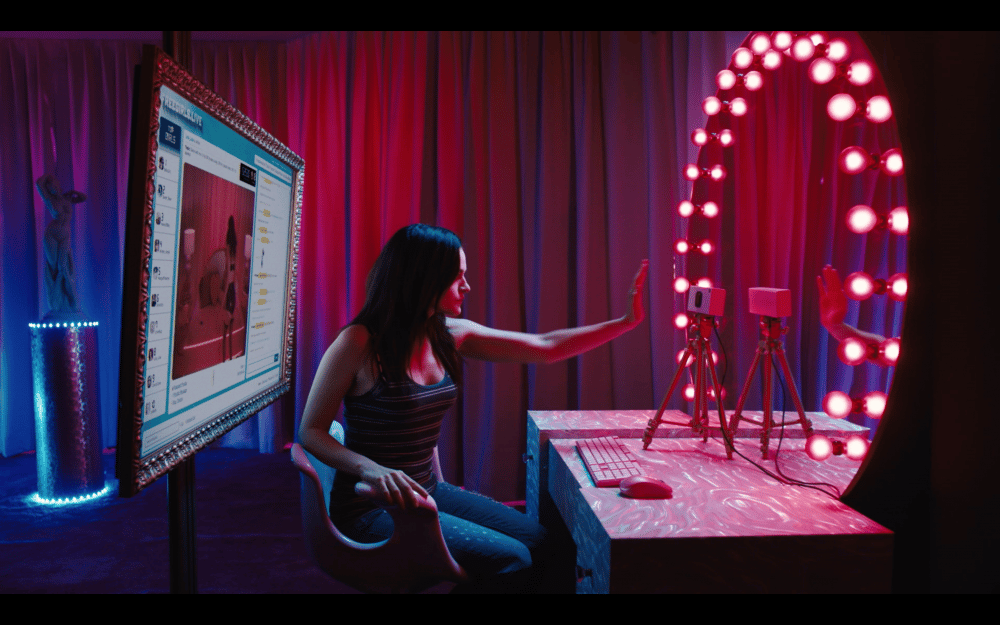