If you want to know everything about the past, present, and future of America, watch a presidential election unfold. If you want to know the same about India, attend an Indian wedding. Indian weddings are, by and large, a microcosm of the ‘state of the nation’ that culminates in the communion not just of two people, but two entire families. Monsoon Wedding, Mira Nair’s fifth theatrical feature, is a multi-generational epic centered around a single Indian wedding and uses the setting to examine class structures, closeted skeletons, and an oncoming cultural identity crisis of India amid globalization and the emergence of a new generation.

The film takes place four days out from an arranged marriage between Aditi (Vasundhara Das) and Hemant (Parvin Dabas). During the preparations, several key stories start to develop. Aditi is still unsure about the wedding and has lingering feelings for her former lover who was her boss at her TV studio job. Her overbearing father Lalit (Naseeruddin Shah) is in some monetary trouble with the cost of the wedding. Ria (Shefali Shah), Aditi’s cousin who is planning on going to grad school in the U.S., struggles with her family’s insistence on her ‘settling down’, and is uncomfortable in the presence of family friend Tej (Rajat Kapoor). In the servants’ quarters, a relationship slowly starts developing between the servant girl Alice (Tillotama Shome) and the wedding planner Dubey (Vijay Raaz).

This conscious decision to keep the film as an Altman-esque ‘ensemble’ piece amplifies both the grandiose scope of a single wedding event as well as the scope of importance that it has on family history generations down the line.

The latter is beautifully illustrated in the sequence where Alice and Dubey first meet. The song “Aaj Mausam Bada” from the 1970s romance film Loafer plays as Alice and Dubey bump into each other and lock eyes and the tray of glasses Alice is holding crashes to the ground. The camerawork, by frequent Nair collaborator Declan Quinn, features many intimate close-ups, giving each character involved in the wedding ceremony their own side-story worth of investment by the audience.

The wedding playlist as well as the singing and dancing performances by some of the characters are informed both by modern Bollywood as well as traditional prayer songs and classical ragas2. These examples also rumble with social and religious undercurrents that Nair portrays as points of conflict and contention within the family.

In a dance sequence, Lalit scolds his son for being too effeminate, illustrating his own insecurities and his old-fashioned and outdated ideas of masculinity and family ‘reputation’ among his peers. Other relatable moments of generational and cultural divide include when older members of the family try to lecture Ria on her decision to pursue creative writing saying that it’s an ‘impractical career’ with little monetary opportunities.

Monsoon Wedding uses music as a vehicle for the examination of family and culture.

Nair confronts cultural conflict and taboos many times, which are explicitly shown in shockingly frank and revealing ways. Near the beginning of the film, we watch a news segment where a woman recites sexually explicit dialogue from a controversial new movie and anchors debate about the taboo nature of sex within Indian media and the influence of the West on the nation.

Social structure in the movie also plays a massive role, specifically in the ways romance and intimacy develop between the workers, Dubey and Alice, and family friends Ayesh and Rahul. The former generally engage in more innocent, traditionally grounded, puppy love while the wealthier characters are clearly more influenced by worldly traditions, and therefore become more immediately sexual.

Nair illustrates this difference clearly in when and how they meet. She depicts Dubey and Alice’s romance by sparse dialogue, spacing in the frame, and static shots that take in their full visage. Ayesha and Rahul’s scenes are more intimate, with the camera observing body parts and gazes of the eye. Nair also makes explicit Dubey and Alice’s class disparities within the wedding: they eat in separate areas from the rest of the family. Their interactions generally come either through being given orders or being patronized as “part of the family”.

The density with which Monsoon Wedding confronts so many layers, conflicts, and tropes of Indian society and its inherent ties to the nation’s cinema is impressive and immersive. Small in volume but dense in thought and vision, Monsoon Wedding, which won the Golden Lion at the 2001 Venice Film Festival, shows a clear improvement from Nair’s celebrated debut Salaam Bombay in painting a compelling portrait of Indian society and the state of the nation.

1 in Hindi and Urdu, a geet refers to any poem that is set to music that can be sung alone, as a duet, or in a chorus.

2 In Indian classical music, a raga is a melodic framework for improvisation. 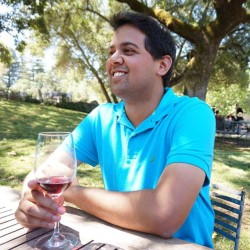