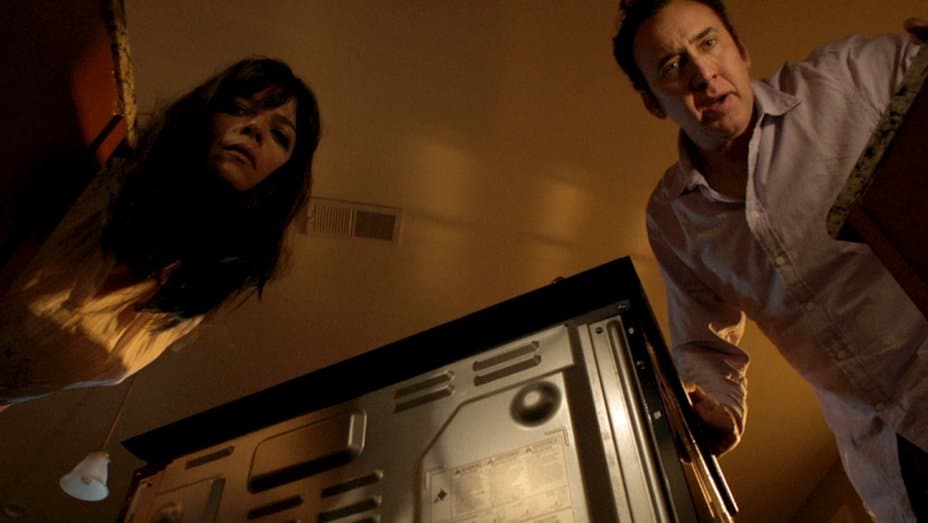 Brian Taylor’s devious intergenerational murder-comedy is just as crazy as the delightfully wacko Nicolas Cage performance at its center.

Nicolas Cage is an acting maniac by more than one definition – he takes on so many projects you’d think he had a castle to pay off (spoiler: he did at one point), and his persona is the closest anyone will get to the textbook definition of sheer mania. When used poorly, he’s a blubbering, boring ham, like in USS Indianapolis or Left Behind; when used correctly, he’s a screaming, bug-eyed genius. Luckily, Brian Taylor (of Neveldine & Taylor) is the kind of filmmaker who knows how best to channel Cage’s energies into something suitably, irrepressibly insane – surround him with a world and premise just as crazy as he is.

Mom and Dad, written and directed by Taylor himself, is a pitch-black comedy centered around a very specific kind of apocalyptic scenario: what if, by some unknown force, parents all around the world were brainwashed into trying to kill their children? The motives behind such an attack are left to the imagination (as they should be), but the results are deliciously horrific: as if someone flipped a switch, well-meaning moms and dads suddenly become single-minded murder machines, their sole goal to strangle, tackle, stab and gore their progeny however possible.

For Taylor, one of the minds behind transgressive modern grindhouse flicks like the Crank films and Gamer, this kind of concept is rife for inventive images and kills. Parents crowd outside the halls of a school, waiting for their kin to come out to satiate their bloodlust; the mother of a newborn baby reaches for a scalpel to slit the throat of her newborn; a father casually rests a bloodied aluminum bat over his shoulder as he goes out to get the paper. It’s the kind of suburban-hell imagery we’re familiar with, dialed up to 11 with Taylor’s gleefully breathless tone. That’s even before we get into the “Home Alone on molly” standoff between parent and child in the second half, complete with creative uses of matchbooks, meat tenderizers, and reciprocating saws (“It’s a Sawzall, it saws all!”).

At the center of it all is the Ryan family, and the children’s (Anne Winters’s texting teen and Zackary Arthur’s adorable moppet) attempts to survive the night against their now-murderous parents Brent (Cage) and Kendall (Selma Blair). Cage and Blair are particularly magnetic in their roles as parent-monsters, Blair gamely keeping up with Cage’s usual histrionics with a more subdued malice. Winters and Arthur ain’t too bad either, even if their thankless roles as protagonists don’t let them have much fun besides dodging their parents’ various attacks.

As for Cage, he gets up to some next-level Cage rage, a refreshing turn to full craziness after years of slumming it as the sagging lead of one direct-to-video project after another. Even before the nutso-virus turns him into a killer, Cage plays Brent with the kind of hootin’ and hollerin’ verve typically reserved for Vampire’s Kiss or Bad Lieutenant. At one point, he demolishes a pool table with a sledgehammer while shout-singing the “Hokey Pokey.” If that’s not worth full admission, I don’t know what is.

Amidst all the blood and guts, Mom and Dad admirably uses its concept to touch on the tensions between parent and child, the resentment moms and dads can have to the ungrateful children who’ve stolen their looks, youth and money while they power through mortgages and erectile dysfunction. Whether it’s Brent keeping his Trans Am in the garage, a sobering reminder of the virile young pussy magnet he used to be, or Kendall torturing herself in Zumba classes to stay skinny, the parents of Mom and Dad’s quiet suburb are tortured by time and responsibility to the point where they almost seem to want to kill their kids before the mysterious signal gives them that extra push.

It’s not the most insightful or nuanced basis for a horror film, and more than a little misanthropic. But it’s high-concept enough to be intriguing, and Taylor and co. mine some great, gruesome bits out of it. (One inventive twist late in the film, featuring the surprise arrival of some older guest stars, is devious enough to make you grin from ear to ear.)

Mom and Dad is a deliciously perverse thriller with gore and dark laughs to spare. Taylor, as per usual, films it with a whip-smart kineticism that’s perfect for his brand of give-no-fucks dark comedy. With a balls-to-the-wall Nicolas Cage performance the likes of which we haven’t really seen since Drive Angry, there’s more than enough in Mom and Dad to satisfy the midnight movie set. The film ends a little too abruptly to really fulfill its potential, but I’ll take it if it means not overstaying its welcome at a brisk 80 minutes.

Mom & Dad is available on VOD and Digital HD on Friday, January 19th, and is showing at Facets Cinematheque in Chicago. 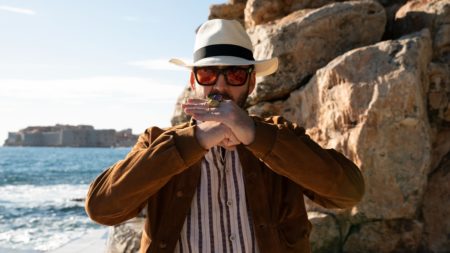 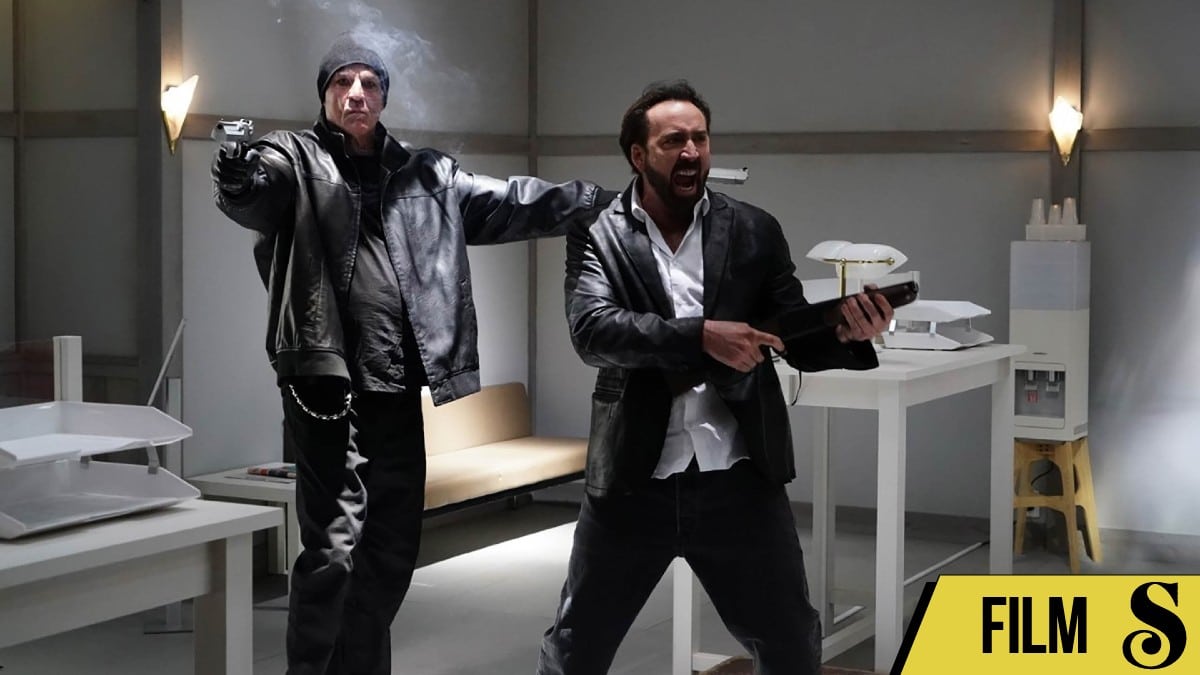 Sundance 2021: “Prisoners of the Ghostland” is what it is

Nicolas Cage & Sion Sono team up for an incoherent Samurai-Western-Mad Max homage-something or other.

Grand Isle Review: Our Sex Games Have Become Too Elaborate

Nicolas Cage stars in a Southern fried psychological thriller that’s both too much, and not enough.