Closing out Dreamworks’ trilogy of high-flying Viking adventures, The Hidden World offers a satisfying conclusion to the story of Hiccup and Toothless.

Almost a decade after its release, the first How to Train Your Dragon still feels like a milestone for computer-generated animated kids’ films. Unlike the Shreks and Bee Movies that dominate the studio’s oeuvre, the adaptation of the Cressida Cowell books was a heartfelt, gorgeous family film that didn’t date itself with pop culture references, modern music or talking animals. Miraculously, it was a piece of animation that treated itself like a live-action film (complete with legendary cinematographer Roger Deakins providing visual consultation for all three films in the series), resulting in a gorgeous, dynamic adventure that – Thor willing – will remain in the public consciousness for some time to come.

But all stories must come to an end, and How to Train Your Dragon: The Hidden World provides an exciting, if slightly samey, cap to the Dreamworks series. Set a year after the events of How to Train Your Dragon 2 , young Viking and dragon rider Hiccup (Jay Baruchel) still struggles to lead the kingdom of Berk after the death of his father Stoick (Gerard Butler) – particularly as he and his group of dragon rescuers continue to free captive dragons from the trappers that surround their kingdom. Berk’s getting overcrowded by dragons, and Hiccup’s mission of dragon-centric altruism is testing the kingdom to its limits, says Hiccup’s adviser Gobber (Craig Ferguson): “One day, you’re going to pick a fight you can’t win.”

That unwinnable fight comes in the form of Grimmel (F. Murray Abraham), a droll, vengeful dragon hunter who specializes in hunting Night Furies – the nearly-extinct breed of to which Hiccup’s companion Toothless belongs. His plan: to draw out the young king and his dragon with his own female Night Fury – a snow-white dragon (called a Light Fury) that immediately catches Toothless’ eye. With Grimmel’s forces drawing ever closer, and the sustainability of maintaining his dragon-human utopia in Berk reaching its limits, Hiccup forms a new plan: to abandon Berk and make a pilgrimage to the fabled Hidden World, a place where dragons can live in peace, far away from the terrors of mankind.

In a lot of respects, The Hidden World is more of the same – same dragons, same characters, same impeccable vistas and realistic-looking CG environments for said characters and creatures to move around in. But when it’s this handsomely presented, is that really a problem? Writer/director Dean DeBlois (who directed the previous Dragon films) continues to render the world of dragons with sweeping, affectionate strokes, every frame packed with life and vibrancy. By the third film, Berk and its inhabitants feel fully realized, familiar in a way that makes The Hidden World‘s character work especially gripping. The animation continues to grow by leaps and bounds, every hair on Hiccup’s stubbly face and scale on the hide of Toothless and his dragon girlfriend rendered with remarkable alacrity. And the backgrounds are just as jaw-dropping as the first two, The Hidden World filled with its fair share of clearly-staged action setpieces and joyous flights through dusky clouds. And all of it is set to John Powell‘s explosively triumphant orchestral score, his combined work on the Dragon films certain to be remembered as some of the greatest animated film music of all time.

In a series that brings on so many new characters with each installment, it’s to The Hidden World‘s credit that the story manages to juggle its supporting characters in small, but effective while keeping the drama firmly centered on Hiccup and Toothless’ emotional journeys. Hiccups’ band of dragon riders is still here, and each their own small moments to shine: Snotlout (Jonah Hill) peacocks for validation in front of Hiccup’s mom Valka (Cate Blanchett), trying to outshine the tall, handsome Eret (Kit Harington). Meanwhile, twins Ruffnut (Kristen Wiig) and Tuffnut (TJ Miller soundalike Justin Rupple, who thankfully replaces the controversial actor) get a few fun moments aggravating Grimmel and worming their way into best man duties for Hiccup. Some characters get lost in the shuffle – Eret and Fishlegs (Christopher Mintz-Plasse) have particularly little to do – but in casts this bloated it’s a necessary evil to keep the story ng.

From the getgo, Hiccup and Toothless’ friendship has been the lynchpin of How to Train Your Dragon‘s story – they’re both insecure outcasts who find strength in each other, literally and metaphorically mirroring each other in their respective disabilities (both need prosthetics to walk and fly, How to Train Your Dragon serving as stealth representation for disabled characters, which is great). The Hidden World finds new, bittersweet ways to evolve their dynamic, as the two grow up and realize they’re at the point in their lives where their friendship is nearing its end.

Of course, romance is the catalyst for this change – the kingdom is continually pressuring Hiccup to marry his girlfriend Astrid (America Ferrera), who shares his nervousness about the ceremony, while Toothless begins his adorable romance with the Light Fury (with Hiccup, ironically, as his wing-man). The scenes in which Toothless flirts with the Light Fury are a delight, combining everything from catlike curiosity to the ebullient dances of tropical birds of paradise. The Hidden World dedicates a lot of time to their romance, and it pays off in adorable, heartwarming spades. The series has considerable time and energy building up Toothless as a likable, dynamic protagonist in his own right, and the fact they can pull off a Wall-E level romance between two dragons is a testament to the brilliant groundwork DeBlois and co. have laid.

But it’s not all about breaking up a friendship because they’re shacking up with their significant others – The Hidden World also concerns itself with its protagonists’ attempts to lead their respective peoples. Thrust into a leadership role despite lacking the most traditional leadership qualities, Hiccup compellingly struggles in his new duties and searches for the confidence he needs to make the right decisions for his people; Toothless, meanwhile, feels the pull of leadership as the ‘alpha’ of his growing band of dragons, his romance with the Light Fury opening him up to new responsibilities. It’s great, compelling stuff, hopefully with some fine lessons for younger audiences about how to face problems with confidence.


With The Hidden World, DreamWorks ensures that the How to Train Your Dragon series goes out with nary a false note.

The How to Train Your Dragon series has always been, at least subtextually, a story of multiculturalism – dragons and humans learning to coexist in peace by the end of the first film. To that end, The Hidden World‘s revised message of “the world’s not ready for integrated societies, it’s best to send the dragons to a new home where they can live in peace” can admittedly jar at first. But smartly, DeBlois recalibrates the dragon-human dynamic with more personal stakes: the decision comes not just to avoid the persecution of the outside world, but to allow both groups to flourish on their own. Bringing the story back to its roots as a coming-of-age tale, the story is just an extrapolation of Hiccup and Toothless’ maturity, and the natural growing apart that comes as a result. “If you love someone, you have to let them go,” says Stoick to a young Hiccup in one flashback; Hiccup and Toothless may be at the point in their relationship where they have to say goodbye.

A few shades of Thor: Ragnarok can be found in there as well; apply “Asgard’s not a place, it’s a people” to Berk, and you might find similarities in this film’s story of refugees finding a new home after violence forces them to abandon their old one.

The third film in a trilogy is usually saddled with a lot of pressure to stick the landing. Thankfully, The Hidden World does that in spades, wrapping up all of its loose ends in a satisfying way while making room for an emotional epilogue that might just put something in your eye. That was Berk, you’ll think as the credits roll – the story of a boy and his dragon who found kinship in each other and saved a kingdom.

With The Hidden World, DreamWorks ensures that the How to Train Your Dragon series goes out with nary a false note – an absolute achievement in mature, assured animated storytelling that manages to entertain children and adults alike. Its story is so strong, its animation so dazzling, it will hopefully become a timeless family classic for generations to come. 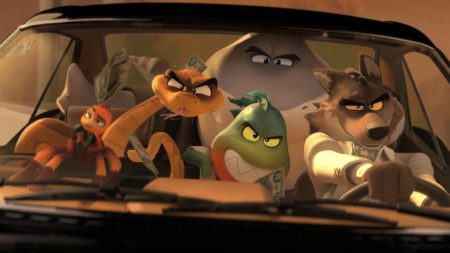 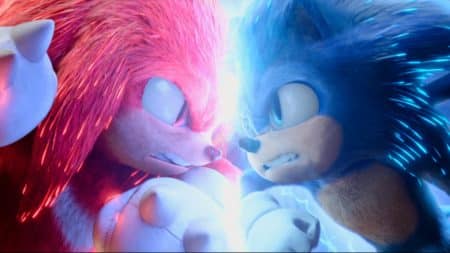 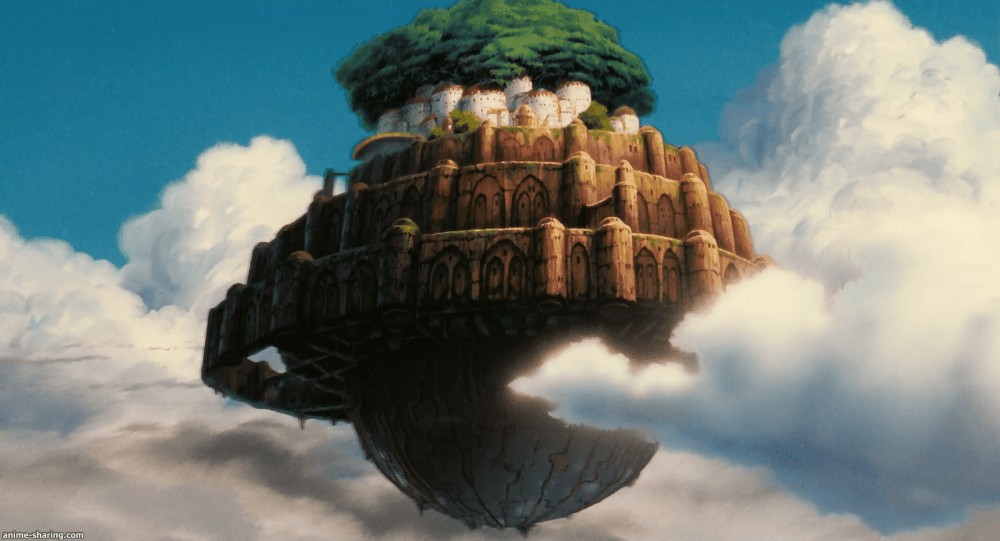 “Castle in the Sky” Is Miyazaki’s Swashbuckling Steampunk Adventure

While it doesn't have the reputation of Miyazaki's later works, Studio Ghibli's sophomore film serves as a lovely steampunk primer to the man's filmography.