An unmitigated disaster as both comic book movie and supernatural psychological thriller, Glass manages to retroactively ruin the two decent movies it hopes to bridge.

(This review was originally posted on Alcohollywood.)

Imagine being M. Night Shyamalan. In 1999, you hit it big with a chilling pop culture phenomenon (The Sixth Sense) that cements you as the new millennium’s answer to Alfred Hitchcock, and follow it with the equally fascinating Unbreakable – a somber mood piece that suddenly becomes a thought experiment on the application of comic book rules to the real world. Then the well goes dry; you lean too hard into the public’s expectations of you as a slick, high-concept , creating a downward slide of interesting failures (Signs, The Village, Lady in the Water) until you’re treated as the laughingstock of Hollywood and effectively drummed out.

Then you get a second chance, thanks to the ever-gregarious and experimental Jason Blum, his Blumhouse Entertainment becoming an incubator for micro-budget thrillers and horror films. You lean into the budgetary limitations and come up with two pretty solid features: 2015’s found-footage dark comedy The Visit and 2016’s atmospheric split-personality thriller Split. You even plant an Easter Egg for fans of Unbreakable by revealing that Split takes place in the same universe. The stage is set for a full-on comeback, the restoration of your reputation as a respected genre filmmaker.

And then you spend two hours burning all that goodwill up, like so much old newspaper in a budding bonfire.

That’s what it feels like to watch Glass, Shyamalan’s followup to Unbreakable and Split, the two high points of his career. More than a middling movie, it’s a bafflingly confused mash-up of comic book movie and serial killer thriller that offers up the absolute best and worst of the filmmaker’s idiosyncrasies.

It almost feels like Shyamalan painted himself into a corner with the cheeky reveal of Unbreakable protagonist David Dunn (Bruce Willis) at the end of Split; with his bluff now called and a mashup made, Glass feels like a half-baked Split sequel with the clunky comic book lore of his previous film inelegantly grafted onto it. The two worlds meet thusly: Dunn, a man who discovered unbelievable powers of strength and durability after a train derailment in the aughts, now moonlights as a rain poncho-ed superhero called The Overseer. His latest mark is “The Horde,” the media’s name for Kevin Crumb (James McAvoy), a man suffering from dissociative identity disorder (DID), but whose personalities have the ability to change his physiology. One of those personalities is “The Beast,” an animalistic, godlike serial killer with similarly supernatural strength.

In the course of Dunn’s pursuit of The Horde, however, both are captured and taken to a specialized mental hospital by shadowy psychiatrist Ellie Staple (Sarah Paulson, doing all she can to elevate her confused role with big, puppy-dog eyes), who claims to be a specialist in “people who believe they are superheroes.” She’s already been working on the bone-brittle mastermind Mr. Glass (Samuel L. Jackson), Dunn’s mentor-turned-nemesis, for years, and hopes to achieve similar progress in Dunn and Kevin. Of course, Glass has other plans, especially when he sees the destructive potential of Kevin’s alters – a confirmation that superheroes exist, and they deserve to be revealed to the world.

It’s tough to even know where to begin with Glass, a movie so ineptly made and inartfully scripted that it could only come from the most unbridled sensibilities of Shyamalan. It’s clear now that the filmmaker works best when humbled: The Sixth Sense and Unbreakable were early in his career, and Split came after a brief sabbatical from filmmaking to lick his wounds. (Hell, I’ve got a soft spot for After Earth, which I wrote about over at Syfy Wire, and he was basically a director-for-hire there starting from someone else’s script.) Glass feels like him at the height of his powers and ego again, seeing stars and getting too confident with himself after Split‘s critical success.

Right from the concept, none of Glass was going to work. The worlds Shyamalan attempts to merge are just too different: by shoving Kevin into the realm of Mr. Glass and The Overseer, they turn a supernatural serial killer into a budding supervillain, the tones of the two stories never appropriately merging. Even the stripped-down One Flew Over the Cuckoo’s Nest scenario, in which our heroes are locked up in a mental hospital for much of the film’s runtime, feels cheap and meandering, a consequence of Shyamalan working with a vastly reduced budget. (There’s plenty of talk about a big showdown at the ridiculously-described “Osaka Tower,” which is an endless presence on every magazine cover and news report seen in the film. Don’t get your hopes up for that climax materializing, and it’s especially obnoxious when Shyamalan tries to hand-wave that away as a clever subversion. Naw, dude, Jason Blum just didn’t give you enough money to film anywhere but this single hospital location.)

Even within the limitations of his lower budget, however, many of Shyamalan’s worst instincts come out, Glass a cavalcade of irritatingly clunky dialogue and flat performances. McAvoy is as enjoyable to watch as ever, going full-on camp with the dozen or so alters Kevin contains; the scenes that focus just on him feel like a welcome respite from the decade-long coma Bruce Willis has been sleeping through on screen. While Jackson’s throwing as much as he can into his Mr. Glass, he’s practically missing for much of the film’s first half, making his arrival too little, too late.

To be fair, Shyamalan can still craft the occasionally evocative image: he carries over his horror-film sensibilities from Split whenever The Beast is unleashed, often obscuring his wall-crawling or horrific violence through reflections, POV shots, focusing on something else in the foreground. Some of his patented long takes work really nicely as well, as security cameras scrutinize our imprisoned protagonists and the camera spins around to follow a roller-skating Kevin (in his childlike nine-year-old alter Hedwig) as he taunts some of his victims. As individual moments of cinema, those occasionally work, showing the visual artistry of which Shyamalan is intermittently, frustratingly capable.

But nothing can make up for this brain-dead script, which offers insultingly surface-level explorations of everything from comic book stories to mental illness. Split‘s supernatural leanings went a long way towards excusing the extremely wonky way Kevin’s DID was treated (in a long tradition of treating people with mental illness like punchlines and killers), but Glass takes it to an absolutely insulting level by tying it into grander schemes of superhero-dom. It’s made so much worse by the reappearance of Casey (Anya Taylor-Joy), the sole survivor from Split, who’s suddenly got a really gross case of Stockholm Syndrome towards Kevin, and makes one dunderheaded decision after another to face him again. She’s barely given room to breathe, lumped in as a secondary crew of “sidekicks” for the main trio that includes David’s grown-up son (Spencer Treat Clark, whose performance is so flat and wooden he’s lucky he grew up to be a cutie) and Glass’ mother (Charlayne Woodard, whose character isn’t given a name or convincing old age makeup).

As for the superhero angle, Shyamalan doesn’t seem to have read a single comic book since 2002, or reflected on the huge changes in the pop culture landscape that have turned superhero movies into the dominant force in blockbuster cinema. Time after time, superheroes and comic books are discussed in the exact same terms as in Unbreakable – simplistic stories about dead parents and hero/villain dynamics – Shyamalan presuming that the world hasn’t evolved those positions in the nearly twenty years since he last tackled the subject. It isn’t clear that he’s trying to comment on the current glut of Marvel flicks, except for some cheeky references to the Stark-like Osaka Tower as being a “marvel,” and having Nick Fury himself ask Kevin, “Who is going to avenge us?”. Instead, he opts for simplistic blather about Superman’s very first issue, and comic book shops with on-the-nose neon signs that say “HEROES” and “VILLAINS” (which conveniently match the color of Dunn and Glass’ respective outfits). These are what constitute a substantive critique of superheroes in Shyamalan’s mind, a shambling, surface-level checking off of bland talking points by someone who seems to have never read a real comic book. By the time the film’s obnoxiously unfocused and twist-heavy climax comes on, you’ll bury your head in your hands every time someone opens their damn mouth to yammer on about origin stories to silent, unmoving riot cops.

Volumes could (and will) be written about Glass‘s many failings – its inability to choose a tone, have a point or make its characters seem like real, vibrant people. But suffice to say whatever illusions of a comeback M. Night Shyamalan may have had are likely shattered, like so many of Elijah Price’s brittle bones. It might well be one of the worst and most unfocused films he’s ever made, which is certainly saying something. 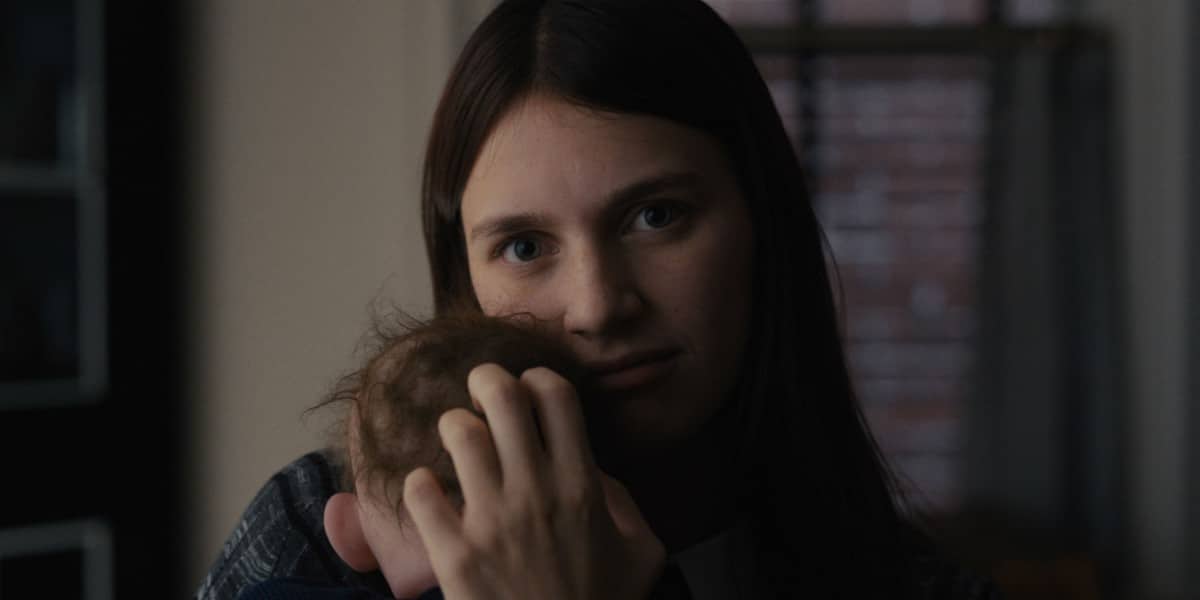