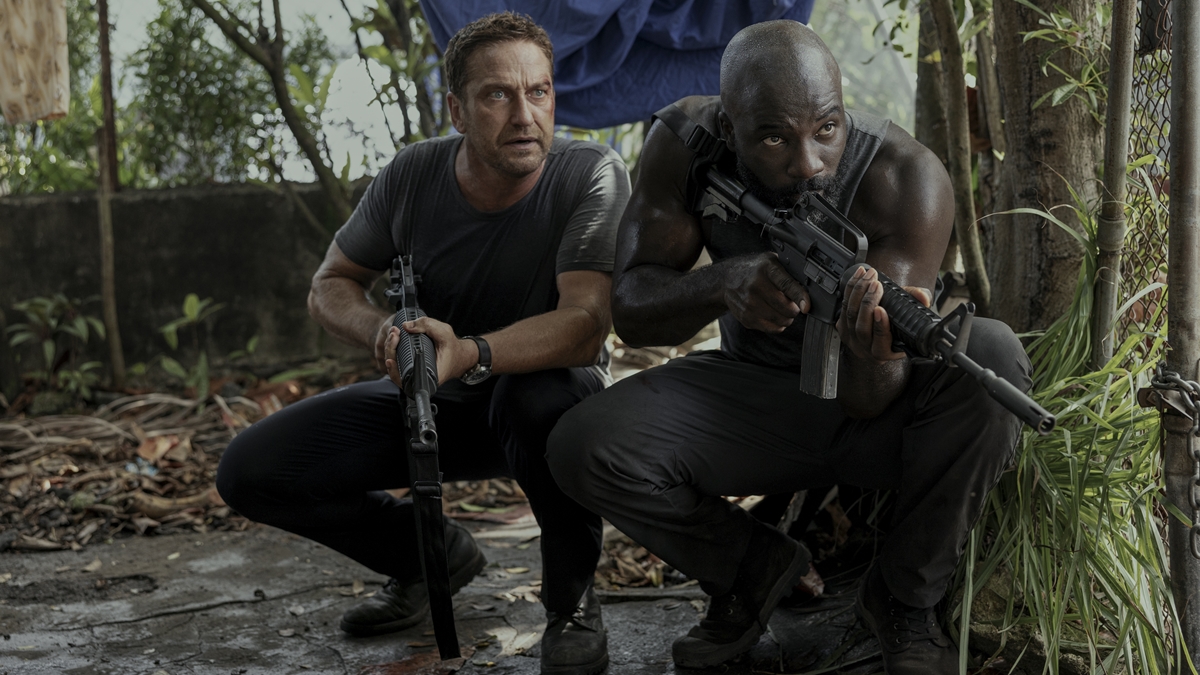 What a stupid title for a movie. It’s only one letter short from the straight-to-DVD Cars spinoff, Planes. At least that made sense, though, since small children who are really into airplanes were its key demo.

Yet, it’s the perfect title for this movie. Nothing else makes sense when we all know fifty years from now, people will remember it by asking, “Hey, what was that movie with Gerard Butler on that plane?”. It’s a dumb title that gets to the point, just like this dumb but very entertaining movie.

We immediately start in an airport following airline pilot Brodie Torrance (Butler, getting to speak in his native Scottish accent) as he gets ready for a New Year’s Eve flight from Asia to Hawaii to reunite with his daughter, Daniela (Haleigh Hekking). When the camera lingers on Butler as he tells his daughter how much he misses her, you can guess there may be an obstacle or two coming his way.

The first obstacle comes right after Brodie takes off with few passengers on board. One of those passengers happens to be Louis Gaspare (Mike Colter), a murderer undergoing extradition back to the States. Is it the murderer who causes trouble? Nope. Per usual, corporate greed ruins things when an airline official forces Brodie to fly through an awful storm system so they can save a few thousand dollars on jet fuel. Lightning strikes the airplane, frying the electrical equipment and leaving Brodie and his co-pilot, Dele (Yoson An) in the dark.

It’s a truly harrowing, butt-clenching sequence, made even more impressive by looking so cheap. I have no idea where the sizable $50 million budget went, but it wasn’t on airplane special effects. Anytime there’s a wide shot of the plane, it looks like a scene out of a Sharknado movie. Still, director Jean-François Richet can craft an intense scene by sticking inside the plane. He blocks the windows with storm clouds, making us feel the claustrophobia. Further, utilizing close-ups of the passengers’ terrified faces make the fear real.

Butler’s performance helps as well. He’s so sincere and engaging he makes you feel every bead of sweat on his forehead. Butler’s character safely lands the plane. However, it’s Butler, the actor, who saves the film from crashing. Between this and 2020’s surprisingly tender disaster film, Greenland, Butler has clinched the title of King of Good Bad Movies.

[Gerard] Butler has clinched the title of King of Good Bad Movies.

He’s able to ground these films with an emotional resonance that cheesy action films usually can’t afford. You can see in his eyes he’s making little decisions and weighing the pros and cons of each one when he’s in a cockpit or running from comets. He also looks cool punching people, which is a big plus.

The second obstacle arrives when the plane lands safely on a remote island in the Philippines. The plane somehow remains intact after a crash landing in a thick jungle despite being unable to handle a lightning strike. Unfortunately, this island happens to be run by a deadly separatist militia who love to kidnap and murder foreigners. Brodie unlocks Gaspare’s handcuffs so they can work together to find a phone to call for rescue.

Alas, while they’re gone, the militia snatches the rest of the passengers. So the two men must learn to work together fast to save them.

The second half of the film becomes more of a traditional action thriller. It’s as if screenwriters Charles Cumming and J.P. Davis watched the Clint Eastwood film Sully and asked each other, “But what if Sully Sullenberger got to use a machine gun?”. The movie also starts slowing down when it cuts back and forth between the action on the island and the airline’s corporate headquarters in the States. Top airline executives try to figure out where the plane is while sitting in a control room that looks like a sparse hotel conference room someone in the locations department booked at the last moment. Again, where did this budget go?

Despite the narrative turbulence, Richet’s directing and Butler’s performance keeps the show moving at a steady pace. This is especially the case in an intensely staged hand-to-hand combat scene that’s all seemingly one shot and all a close-up on Butler. Luke Cage’s Colter also gets to shine in the 2nd half when his cuffs come off, literally and figuratively, finally speaking and wielding a sledgehammer against some baddies.

The film’s final ten minutes involve a truly ludicrous escape plan, helped by a private mercenary team paid for by the airline. Why pay a secret mercenary team when you can call the US military and get this over within ten minutes? The script gives us reasons, but the simple answer is it wouldn’t be as fun. Plane is an idiotic film in the hands of smart people. It may look like a propeller plane with a single engine combusting in flames, but let Butler take the wheel and enjoy the ride. 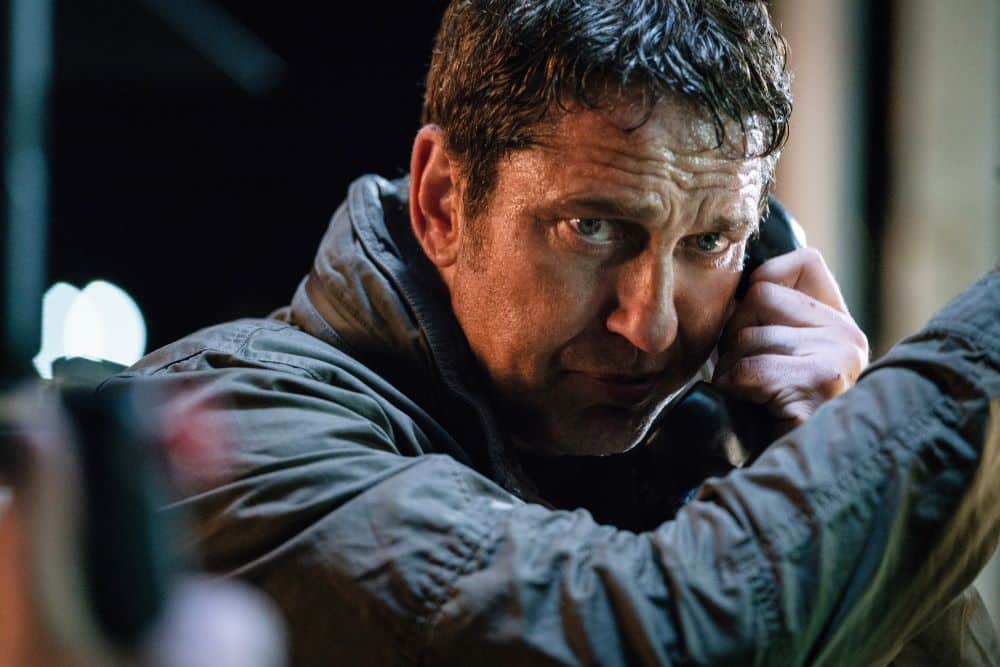 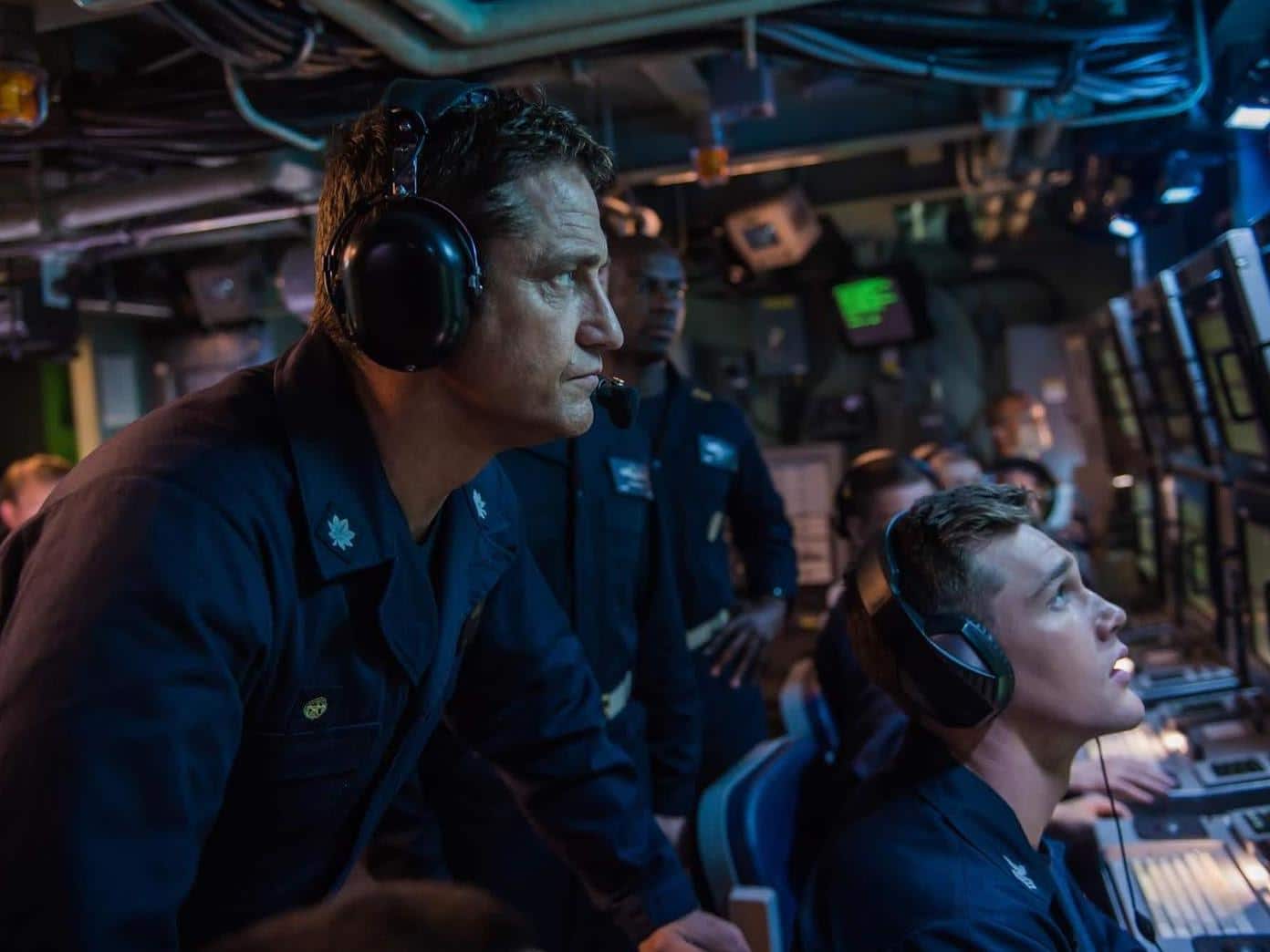 The latest mid-budget Gerard Butler vehicle might thrill those who clamor for the return of the 90s submarine thriller, but doesn’t offer much else. This.. 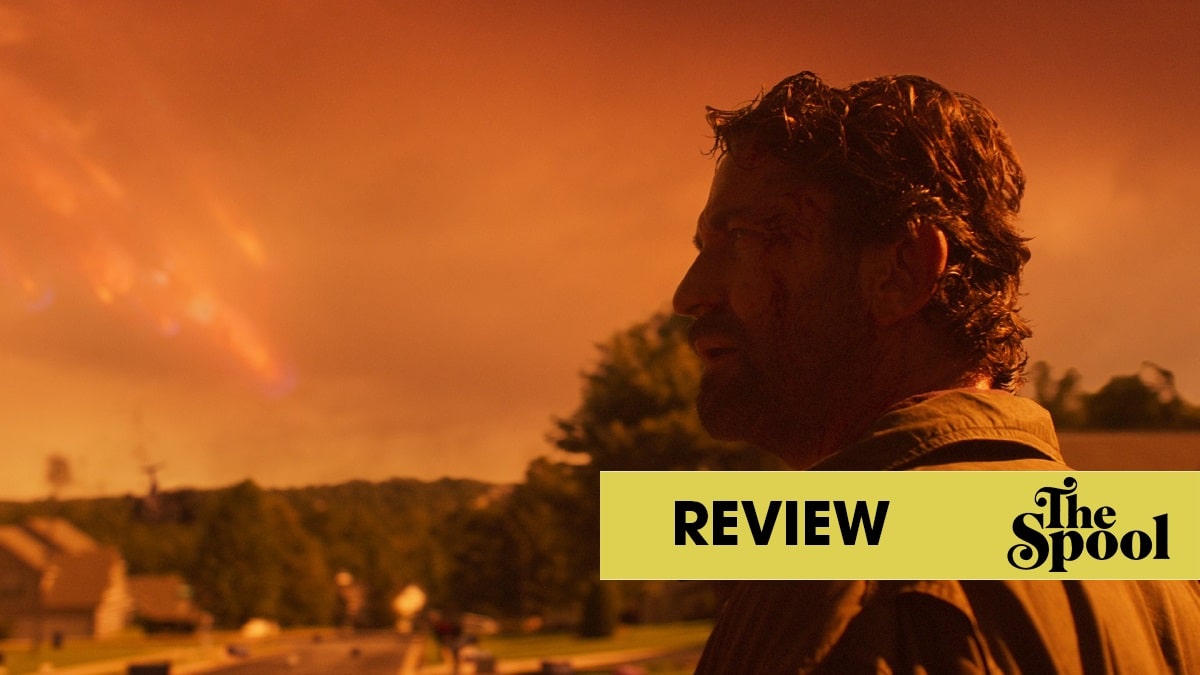