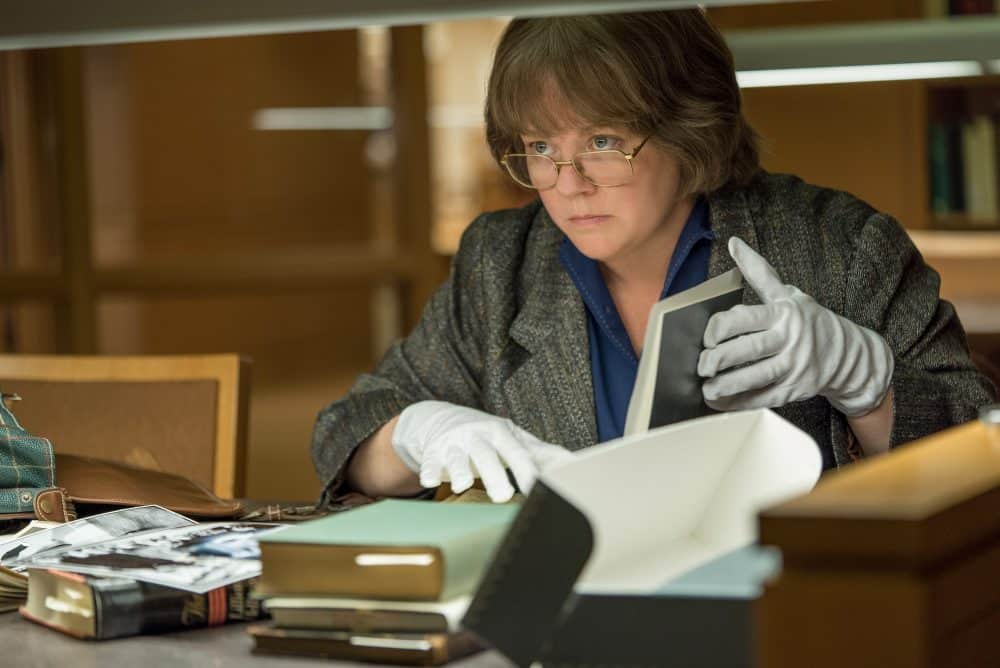 Oscar baiting: we know it when we see it, and Can You Ever Forgive Me? is a prime example of the phenomenon. What other reason would a major studio (Fox Searchlight) and a major star (Melissa McCarthy) have for making a movie about a cantankerous lesbian author committing a felony other than Academy recognition?

Everything about the film, from its subject matter to Marielle Heller’s direction, to its soundtrack is made to fit perfectly in that sweet spot between artistic and accessible. It’s obvious, but obvious doesn’t mean bad. Can You Ever Forgive Me? is an engrossing, often funny, and well-made drama that succeeds at every level.

The fascinating true (or as true as a film can get) story of Lee Israel (McCarthy), a celebrity biographer who once had several successful books, but has since fallen out of favor with readers and publishers alike, is central to the film’s success. When her cat falls ill, Israel begins to write and sell forged letters from celebrated literary authors with the help of her friend, Jack Hock (Richard E. Grant). While the racket starts out profitable, a few anachronistic slip ups (mainly a forged Noel Coward letter making explicit homosexual references) make Israel a pariah among rare book sellers, eventually capturing the attention of the FBI.

The film is a warts-and-all depiction of Israel that is more “warts” than “all.” It works perfectly as a subversion of your standard biopic hero: while your typical film would portray Israel as a likable, yet morally ambiguous-underdog with a downturn caused by bad luck, Can You Ever Forgive Me? portrays her as a caustic, borderline sociopath whose lack of current success comes from her un-commercial writing subjects (a biography of Fanny Brice) to her poor personality and stubborn refusal to do interviews and book tours.

Heller has no interest in softening Israel. The opening scene shows her telling her coworkers to “fuck off.” Then while attending a party at her agent’s (Jane Curtin), she cons a doorman to steal an expensive coat with no remorse.

Likewise McCarthy also has no qualms about making Israel sympathetic; her portrayal often has Israel hunched over with a dour look, and avoidant of eye contact when talking to people unless she’s yelling at them. Even in her more tender scenes with Hock, McCarthy’s Israel only shows her emotions begrudgingly. Her only real warmth comes when she’s interacting with her cat.

The decision to not make Israel likable is what makes McCarthy’s performance so endearing. While spending time with such a caustic person would be unpleasant in real life, on screen it’s refreshing to see a character who doesn’t want to deal with the world’s crap; even more refreshing is the fact that this character is a woman. Generally such a character would be a man who manages to be cool and/or successful despite being such an asshole. Israel is an alcoholic cat lady who worked menial jobs before taking up crime. In a way, Lee Israel – who explicitly says she prefers her cat to other people – is the perfect anti-hero for our current antisocial zeitgeist.

Israel’s interaction with the rest of the cast also makes her relatable, either by pitting her against the money-hungry jerks of the world (i.e. her fickle publisher played with ferocity by Curtin, or an unscrupulous book seller played by Alan Schmidt) or by letting her chemistry with Jack shine.

In fact, the film hinges on Grant’s performance as Jack as much as it does McCarthy’s Israel. Grant plays Hock like a sleazy Quintin Crisp – roguish and charming, but who matches Israel’s self-serving tendencies. The pair work well together, with the most charming scenes of the film showing Grant and McCarthy playing off each other. While most of the film’s humor comes from Israel’s caustic wit (a welcome change from the broad humor usually associated with McCarthy), the funniest scene in the movie occurs when Israel and Hock prank a rude shop clerk. There’s something charming about two characters bonding over something cruel, and the film sells it perfectly.

The film is less successful at selling Israel’s love interest, a sheepish book seller named Anna (Dolly Wells), who also ends up a victim to Israel’s forged letter schemes. Anna is a fan of Israel’s books, and attempts to woo her. But after an unsuccessful date, Anna disappears from the story except for a couple of glances through a store window.

This wouldn’t be much of an issue, except for a scene that takes place after Israel is put in house arrest for her crimes. During their date, Anna gives Lee a short story she wrote, which Lee ignores until she is stuck in her house. Israel reads the story, and it seems as if this will lead her to either try to talk to Anna, or return the story with the note. But that moment never happens. It is possible that they didn’t go anywhere with Anna because nothing more happened between Anna and Lee, but a biopic is a lot like one of Lee’s forgery: a mix of fact and fiction. The filmmakers aren’t strictly married to the facts (for example, they imply that Jack is homeless, but in real life he had a very nice house), so the fact that they don’t try to add any closure to Anna’s subplot is very odd.

Perhaps it isn’t fair to say Can You Ever Forgive Me? is a stereotypical Oscar bait movie. While there are aspects of the film that are typical of an actress looking for a nomination (specifically a straight actress forgoing makeup and playing a lesbian), there are a lot of things that make it stand out. Israel’s an unsympathetic but compelling lead, who has little regret about committing fraud outside of getting caught. It’s a film that takes place in the 90s without dwelling in nostalgia. Most strikingly, it’s a film that portrays its lead’s queerness explicitly but isn’t consumed by it. It may be Oscar bait, but it’s damn good Oscar bait.

Can You Ever Forgive Me? forges its way into Chicago theaters Friday, October 26th. 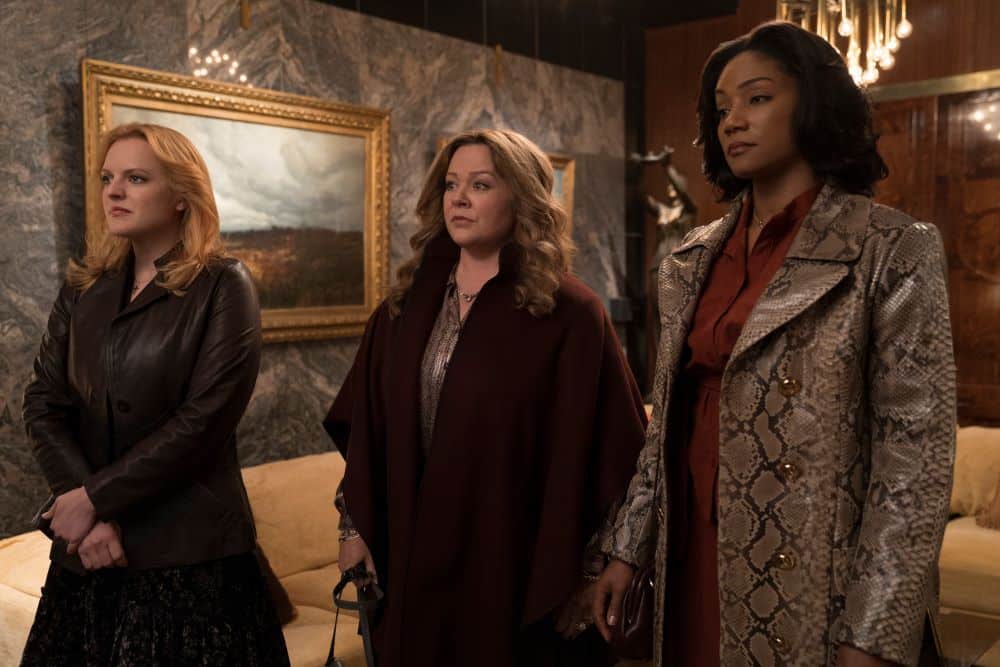 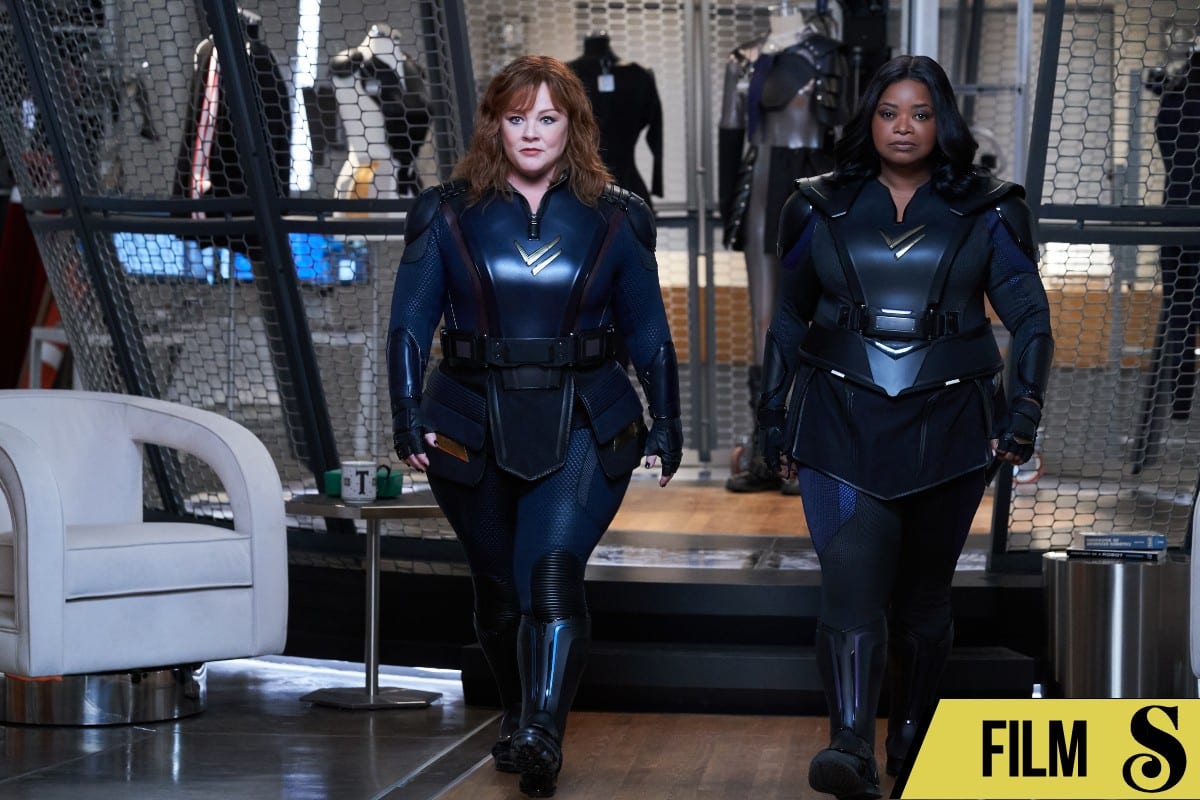 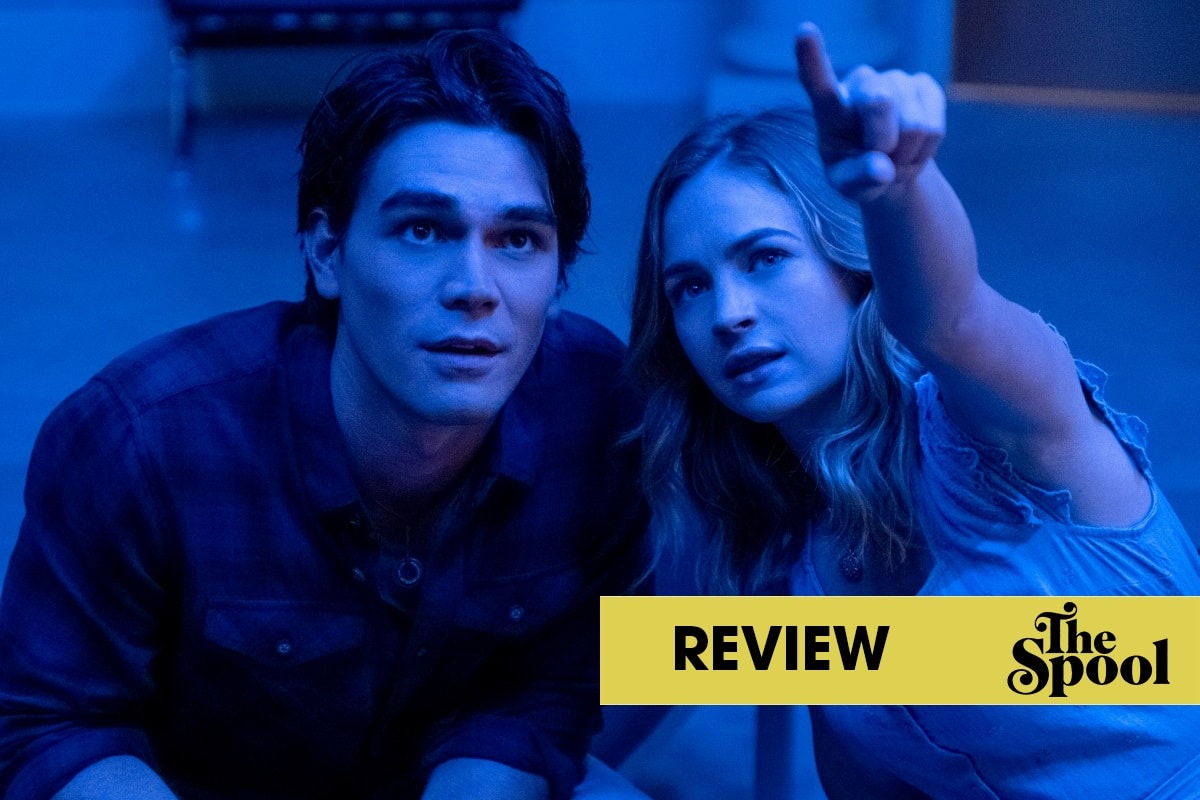 “I Still Believe” Preaches (and Rocks) to the Choir

The Erwin Brothers' Christian romance aims for crossover appeal, but can't quite rock its way into the free world.