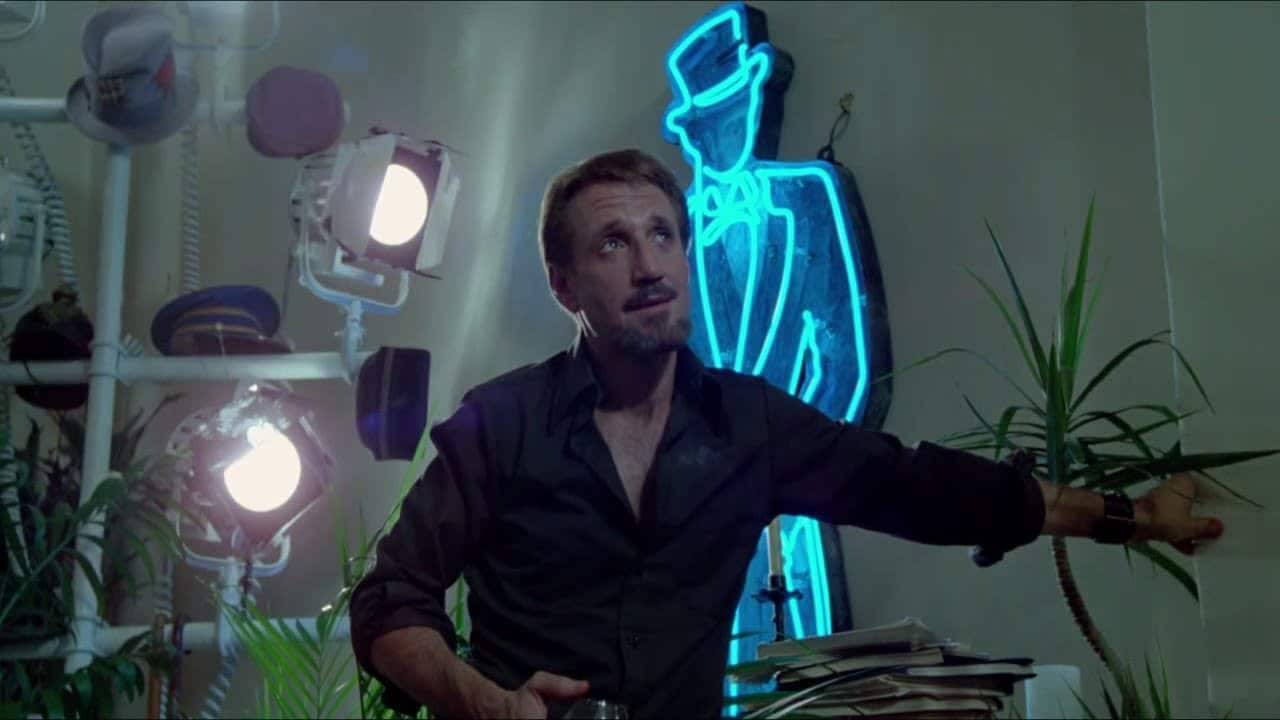 And now for our next act, I present to you Bob Fosse, consummate showman, tireless workaholic, bottomless well of charisma. Fosse may be the ultimate tortured genius: both arrogant and deeply insecure about his talent, unappreciative of his success, lovable but deeply unreliable as a husband, a father, and a partner. He’d have been a cliche if not for the fact that he really was a kind of wizard, bringing a wholly unique style to theatrical dancing that everyone’s been trying to mimic ever since.

Unlike most tortured geniuses, however, one thing Fosse didn’t lack was self-awareness. He seemed to be keenly aware that, if not for the fact that he sure could dance (and had the ability to make other people even better dancers than him), he wouldn’t have been worth much. He had to stay on that stage spinning-shuffling-tapping, giving the people what they want, because he had nothing else to give. That grim awareness comes through, to a startling degree at times, in All That Jazz, a musical masterpiece co-written and directed by Bob Fosse, about Bob Fosse, warts and all. Or rather, mostly just warts.

Okay, fine, Joe Gideon, have it your way. But we all know it’s Bob Fosse, so thinly veiled you can see right through it. Roy Scheider as Joe bore a strong resemblance to Fosse, right down to the uniform of black pants and black shirt, and the ever-present cigarette in his mouth. The meta touches in All That Jazz are dizzying, as illustrated when Cliff Gorman was cast to play a character inspired by Dustin Hoffman, who in real life replaced Gorman as Lenny Bruce in the Fosse-directed film adaptation of Lenny. Fosse’s ex-girlfriend Ann Reinking was cast to play the character based on her — but only after she had to audition for it. When the sound of tap dancing was needed to loop over a scene of young Joe (Keith Gordon) performing, Fosse recorded himself. Dialogue was lifted whole cloth from real life conversations, and there’s even a scene where Joe stops in the middle of an argument with a girlfriend to write down a harsh observation she makes about him. Short of a few name changes and timeline shifts, it qualifies as a biopic.

There was just one glaring difference: in All That Jazz, he dies at the end.

Though All That Jazz was met with positive reviews upon release, there was some debate over whether it was a self-aggrandizing puff piece about a deeply flawed man. This was a criticism similarly leveled at Noah Baumbach’s Marriage Story, that in making himself the protagonist he lacked the insight to understand how negatively the character came off. It’s puzzling particularly when applied to All That Jazz, considering the entire third act of the film is devoted to a dying Gideon hallucinating a lavish musical about how much of a failure as a human being he is. Granted, in the end he’s bid a fond farewell by friends, family, lovers, and enemies alike, but it’s at the cost of being described as a “so-so entertainer,” and painfully reminded that all the women in his life have moved on to better, happier things. It’s the opposite of a vanity project.

Unlike most tortured geniuses, however, one thing Fosse didn’t lack was self-awareness.

Let’s face it, it would be great to have the kind of energy Joe Gideon has for a full day of choreographing, directing, editing, writing, shmoozing, and fucking, if only it didn’t require a diet of cigarettes and speed. According to Sam Wasson’s exhaustively detailed biography of Fosse, his life really was like that, where “rest” was a dirty word and “vacation” meant renting out a summer home with a dozen friends and throwing parties every night. To stop working, even for just a little while, meant getting mowed down and left behind by the competition, and to be alone meant having to face himself for who he was, an insecure perfectionist in an industry that valued the new and the now, who perhaps needed women more than he actually liked them.

Perhaps most poignantly is that, even though it’s Gideon’s non-stop life and unhealthy choices that ultimately lead to his death, there’s no indication that Fosse changed any of those habits in his real life. He lived for another six years after All That Jazz, and still maintained a physically and spiritually punishing lifestyle. It doesn’t seem likely that he failed to heed the message of his own movie, but rather than he simply couldn’t. The performing life was baked into him, he knew nothing else.

It’s like the old story about someone retiring from their job, and dying a year later, because they had lost their purpose. Surely Fosse would have preferred to drop dead in the middle of a dance studio rather than withering away in a retirement home. He came darn close, dying on his way to a revival of Sweet Charity, one of his most famous musicals. In an ending that seems like something out of a movie itself, Fosse died in the arms of Gwen Verdon, his third wife, muse, closest friend and harshest critic.

The end of the movie, a dazzling 10 minute musical number that is alternately bleak and joyous, is Fosse throwing his own funeral. What wouldn’t we give for such an opportunity, to feel that love we either couldn’t see or ignored in life, and to take center stage before every single co-star, supporting character, and extra in the production number of our lives? Are we going to hide behind the curtain, or are we going to get out there and dance until the lights go down? What kind of miracle would it be to say one last goodbye to the people who meant something to us, to apologize, to thank them for being a cast member in our plays?

Joe isn’t sad, he’s exhilarated, even bursting into overwhelmed laughter at one point. “At least I don’t have to lie to you anymore,” he says to Audrey (Leland Palmer), the character based on Gwen Verdon. If it had to come to this, at least he’s going out on the kind of big budget, over the top level a showman like Joe Gideon deserves. When the show’s over and he gets that standing ovation he’s been craving his whole life, he’s exhausted, but happy. There’s a weary peace in his eyes that comes from knowing he put on a show that no one will ever forget, long after the lights have dimmed, and the curtains have dropped. He gave them everything he could.

All That Jazz Trailer: 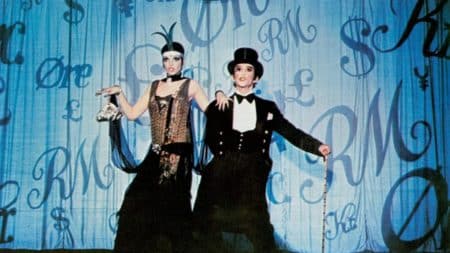 Bob Fosse's adaptation of the dying days of Weimar musical remains both gorgeous and haunting a half century on. 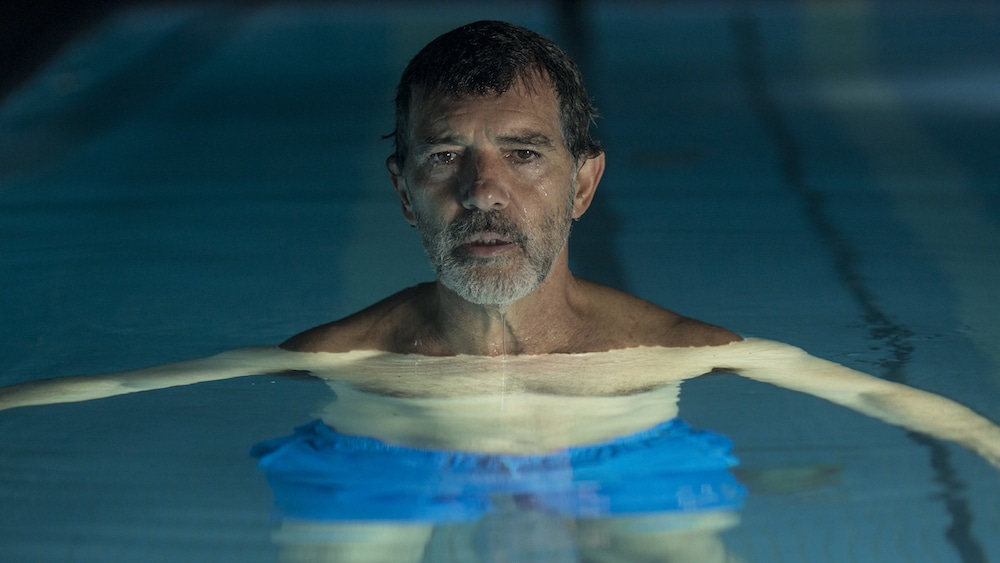 Cannes Review: Pedro Almodóvar Interrogates the “Pain and Glory” of His Own Career 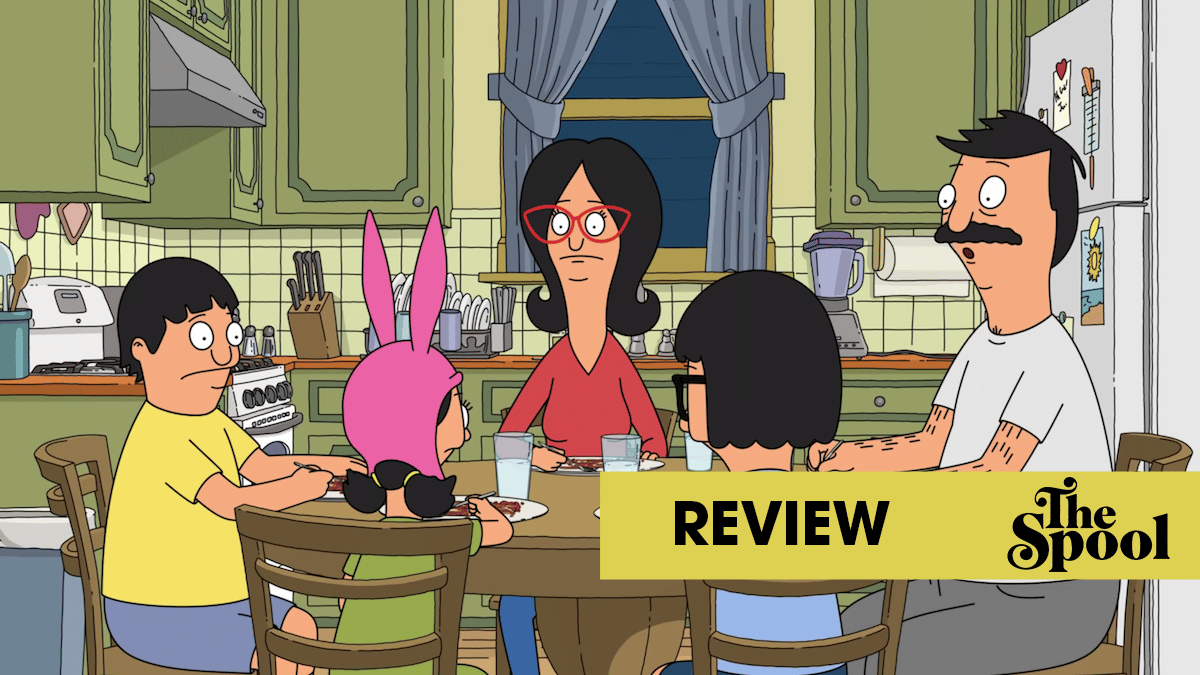