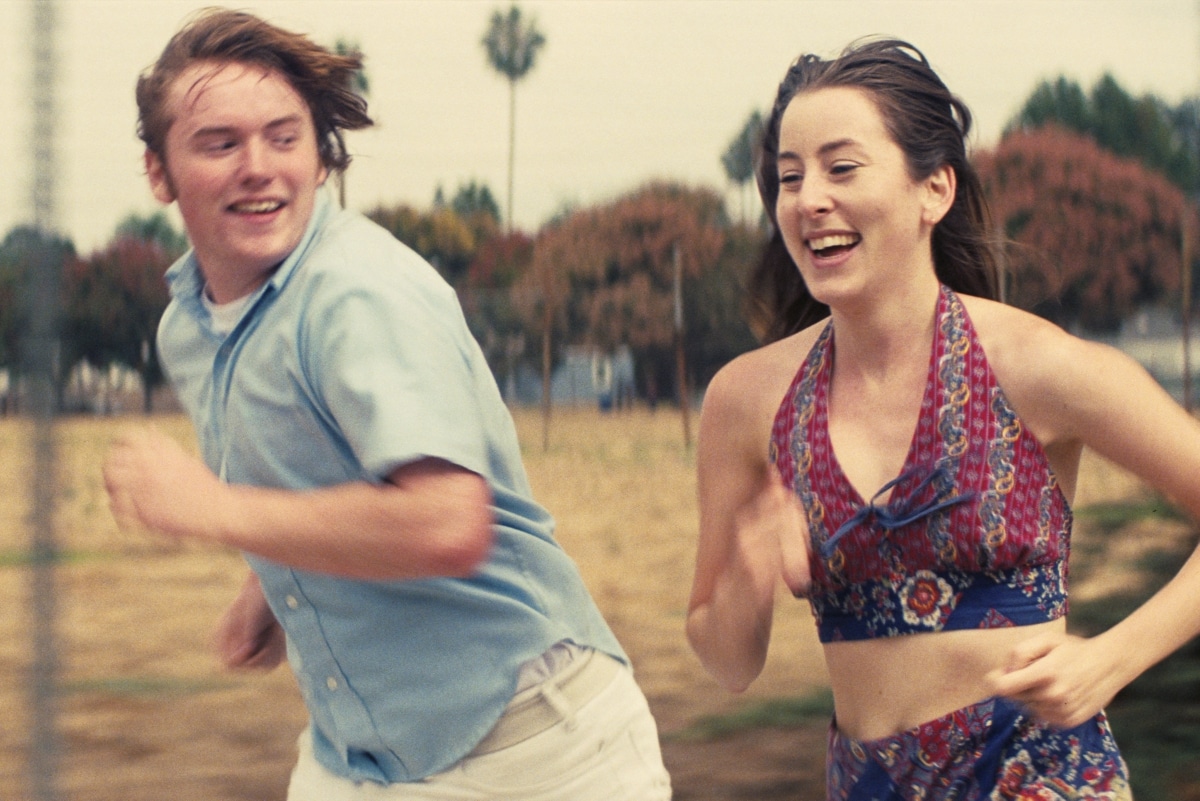 Paul Thomas Anderson’s latest won’t be available in wide release until the end of December, so in the meantime here are a handful of movies that also capture that unique lurid sunniness of 70s & 80s Southern California to tide you over.

This is that time of year when cineastes shake their fists at New York City and Los Angeles, which, in preparation for awards season, often get hot film releases more than a month before the rest of the country. So is the case with Paul Thomas Anderson’s long-awaited coming of age comedy-drama Licorice Pizza, which is currently in very limited release and unavailable to the rest of the world at large until December 25th. If you’re forced to wait, perhaps consider some of the following films to answer that call for the very strange, almost alien universe of 1970s Southern California, both its sunny facade, and the darkness that lies just beneath the surface.

Cameron Crowe based a screenplay on his own 1981 non-fiction book about life at a San Diego, California high school, changed the setting to the San Fernando Valley, and ended up writing what remains one of the most important teen movies of all time. Featuring early screen appearances by Jennifer Jason Leigh, Nicolas Cage, Forest Whitaker and Eric Stoltz, Fast Times was the rare film that depicted teenagers as people other teenagers could relate to, and not cautionary tales or objects of titillation for adults (okay, maybe Phoebe Cates served that role, but still). Similar to Martha Coolidge’s Valley Girl, released a year later, if you didn’t grow up there Fast Times makes the Valley seem impossibly cool, but also a little artificial in its coolness. Judge Reinhold, as an overachieving high school senior, represents L.A.’s bottomless ambition, while Sean Penn, as likable stoner Spicoli, is its laid back appeal. Meanwhile, Jennifer Jason Leigh, as a naive freshman who’s twice used for sex and then immediately dumped by slickly charming older men, is its shadows. Be sure to look in the background of some of the mall scenes, where you’ll see the record store for which Licorice Pizza is named.

To be fair, this leans far more on the darker side of things, but Adrian Lyne’s drama about a group of precocious teenage girls trying to navigate their way around an increasingly hostile Los Angeles deserves a bigger audience anyway. Like Licorice Pizza, Foxes is set during a unique time in American culture where teenagers were treated like miniature adults, and often left to their own devices without any real guidance from their parents, before the Reagan Era and D.A.R.E. came along and shut down the party. Jeanie (Jodie Foster), already world-weary at just 16, is often the voice of reason for her hard-partying, boy-crazy friends, but even she sees little value in applying herself when everyone considers you either a nuisance or a piece of meat. Similar to Boogie Nights, tragedy befalls the group before they’re able to pull themselves together and make the changes needed to keep surviving in a place that never stops moving.

Nobody ever looked more out of place than Elliott Gould stumbling around in sunny California beach property, but it emphasizes just what a strange and both inviting and intimidating place Los Angeles can be to outsiders. Robert Altman moved Raymond Chandler’s classic 1953 film noir two decades later, to a different, slicker version of the city. Despite its modern (at the time) setting, Altman softened the lighting, giving everything a dreamy postcard look of the past, and further enhancing its sense of irreality. The murder mystery at the center of The Long Goodbye almost plays second fiddle to the cast of eccentric characters Gould as private investigator Philip Marlowe runs into both in his day to day life, and while tracking down Sterling Hayden as a flamboyantly alcoholic writer. The soundtrack is the endless roar of the Pacific Ocean, the sun above an unblinking eye looking down at it all.

Though it’s not specific to Los Angeles (or even California at some points), Almost Famous is still the epitome of a chill hangout movie, capturing a time when young people were left on their own to wander the world and figure out what they want to do with their lives, whether that was become a music journalist, or a a professional groupie. That’s not necessarily a good thing, just different than the way we map the lives of our children out from birth to adulthood, with little room to find themselves. While worrying about heartbreakingly young Patrick Fugit and Kate Hudson, you also envy their freedom to make rash, even bad decisions, with the expectation that, somehow, they’ll bounce back, disappointment helping them grow rather than wearing them down. For them, California is a playground full of wonders and inviting dangers, golden lit and glossy bright.

Also consider: Once Upon a Time in Hollywood, The Nice Guys, Inherent Vice, Repo Man, Shampoo, Los Angeles Plays Itself