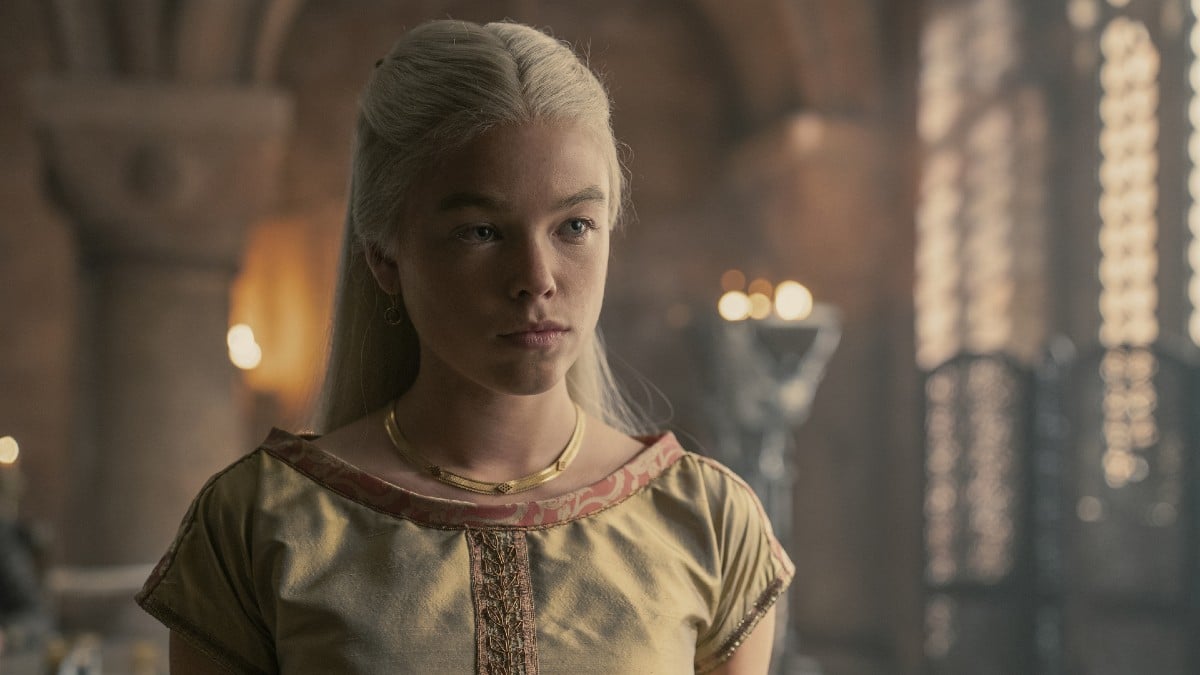 The prospect of a Game of Thrones prequel series is more than a little thorny, especially in the television landscape of 2022. On the one hand, Game of Thrones was a bonafide cultural phenomenon, one of the last few shows we all collectively watched and obsessed over before TV grew too balkanized to form those communal experiences. On the other, its final season was such an unmitigated disaster that you don’t hear about many people rewatching it the same way they might, say, fellow Peak TV contemporaries like Mad Men and Breaking Bad.

And yet, HBO can’t say no to the prospect of money, so here we are with House of the Dragon, a prequel series set precisely 172 years before the birth of Daenaerys Targaryen, the beheading of Ned Stark, and the long, bloody leadup to Westeros’ long winter. And to its credit, its pilot episode promises something at least slightly different from the grand scope of its predecessors: Its scale is smaller, its cast of characters easier to wrap your head around at first glance. But it’ll have to work harder to capture that addictive mixture of lurid fantasy mayhem and compelling, competing motivations that made Thrones such an epic in the first place.

Rather than juggle screentime between the competing factions of Westeros, House of the Dragon is firmly focused on the Targaryen family, who ruled Westeros for hundreds of years before the Mad King Aegon was put down by Jaime Lannister before the first episode of Thrones. Here, we see the first cracks in the Targaryens’ family firmament, kicked off by a squabble for succession: we’re told via narration that the current reigning king, with no sons to speak of, must choose instead between his two grandchildren — Viserys Targaryen I (Paddy Considine), whose namesake would eventually get his face melted off by Khal Drogo, or the stalwart princess Rhaenys Targaryen (Eve Best). Naturally, patriarchy wins the day, as Viserys is named king; no woman has ruled Westeros before, and tradition demands they don’t start now. But it’s a decision that will surely ripple through into the events of this series, and of the whole song of ice and fire.

Cut to ten years later, and we learn that Viserys, along with his queen Aemma (Sian Brooke), have given birth to a young princess named Rhaenyra (Milly Alcock), who’s far more interested in adventure and dragonriding than affairs of state. (Big “Jasmine from Aladdin“ energy.) She doesn’t want to rule; she wants to ride, and it’s just as well considering the current line of succession favors Viserys’ impetuous younger brother Daemon (Matt Smith), who’s been sent to the Vale to keep him busy and out of his brother’s long flaxen hair. But hope for a biological heir lies in Aemma’s belly, where the latest in their many attempts to sire a male may find purchase. Both Viserys and Aemma know this is their last hope; after nearly half a dozen miscarriages and stillbirths, she knows she likely won’t be able to attempt pregnancy again.

But Viserys himself has bigger fish to fry — not just from the rumored rise of a band of pirates called The Triarchy, but managing the upcoming Heir’s Tournament in King’s Landing (a game of medieval sport dedicated to his child’s impending birth). Considine’s Viserys is a rather close analogue to Ned Stark at this point in the series: he’s a sympathetic family man, warm and affable, though he’s also prone to indecision and procrastination — things that might jeopardize his abilities as a ruler. However, things get tricky when Daemon arrives to court unexpectedly, seeking the confirmation of his role as presumptive heir to Westeros. Smith slithers like a snake in the role, all piercing eyes and purred delivery; he’s quite good in this, even as the pilot doesn’t give him too many shades of grey to play.

His brutality is established early, when he takes command of the Gold Cloaks (King’s Landing’s security force) to crack down brutally on the city’s criminals, who’ve roamed free given the lax security in the city during his absence. Director Miguel Sapotchnik (who directed many of the show’s most well-known episodes, and serves as an executive producer here) delights in the chance to indulge in the tits-and-blood Grand Guignol spectacle here, as hands are gleefully liberated from the wrists of thieves and rapists are castrated, complete with close-ups of hairy asses before and bloody cocks after. Between this and its immediate followup with some explicit boning between Daemon and his concubine Mysaria (Sonoya Mizuno), these scenes feel like the obligatory reminder that, yes, we’re actually watching Game of Thrones.

Contrast that brutality with Rhaenyra’s close friendship with Lady Alicent (Emily Carey), the daughter of Hand of the King Ser Otto Hightower (Rhys Ifans); even though we only get a few scant scenes with them, we see the clear affection they hold for each other. We know that the series will follow them into adulthood through a few time jumps, and presumably rifts will form in this close bond. But for now, Rhaenyra and Alicent are best friends, content to lay next to one another and dream of eating cake.

Until the Heir’s Tournament, that is! Taking place on the day Aemma is giving birth, Viserys and the girls watch, along with the rest of King’s Landing, a tournament of jousts that reminds you of, yes, the pilot of Thrones as well. This time, though, the arena is bigger (with the aid of CG), and the jousts are even more brutal, as heads pop and skulls cave in under the force of ritual combat. We even see glimmers of rebellion, as some of the knights pay homage not to Viserys, but of Rhaenys, who’s been dubbed “The Queen Who Never Was.” We don’t hear much of her side of things this episode, but we’ll likely see whether she tries to capitalize on this momentum to take the throne for herself.

Before first in line to show his mettle is Daemon, who’s entered the tournament with blood in his veins and a sick dragon helmet, complete with sprawling dragon wings. But while that’s happening, Ser Otto calls the King away; there’s a problem with the birth. The baby’s in breach, and it’s likely that Aemma won’t survive. Their last gambit is an experimental medical treatment that roughly equates to a Westerosi C-section; it’ll save the baby but kill the mother. It’s a decision Viserys must make himself. With the promise of a male heir too high, he chooses to save the baby, and what follows is a grim, gruesome scene as Aemma grips his hand desperately, wailing and screaming in horror as she’s cut open without much notice (or, it must be pointed out, anesthetic).

Meanwhile, Daemon battles with a Dornish competitor, every ounce of his rage and embitterment at being denied the throne coming out in their contest of arms. Sapotchnik intercuts between Daemon’s brawl and Aemma’s equally-bloody struggle, and both are defeated; Daemon is forced to yield, and Aemma passes, bloodied on the bed. What’s more… the baby (a son!) only lasts a few hours before passing himself.

With this tragic event behind them, the central question of succession falls more directly on Viserys, especially as he’s called to an emergency meeting/intervention by the rest of the small council sans Daemon (who listens in anyway as the others impugn his ability to lead). “He’s my brother, my blood,” Viserys protests, as the Grand Maester warns that, should something happen to the king by accident or design, Daemon would take the throne, and as his night with the Gold Cloaks would indicate, things would not be too sunny in Westeros.

Surely the solution is to nominate Rhaenyra as successor? But that would fly in the face of tradition, as no woman has ever ruled Westeros. Instead, we see the beginnings of an alternate scheme with Ser Otto, as he encourages Alicent to “give [Viserys] comfort in his bedchambers.” Ifans carries himself with the crisp exactitude and ruthless cunning of Charles Dance in the original show. This scene, in which he practically pimps out his daughter to Viserys in the presumptive hopes she’ll produce a male heir for him, is a great showcase for that. Their first meeting, a nighttime chat in his chambers as he whittles away at a giant miniature of the Red Keep, is surprising in its tenderness: “All I wanted was for someone to say they were sorry for what happened to me,” Viserys laments.

Daemon, meanwhile, is already busy plotting to secure his position as heir, right down to buying out the pleasure house he’s partying in and raising a glass to his unborn nephew — “The Heir for a Day.” Viserys learns of this quickly and has it out with Daemon finally, the shitheel brother who has been an albatross around his neck for years. “You have no allies in court but me!” he shouts. Daemon spits back that he’s too weak, and his small council preys on him for their own ends. For his insolence, he’s sent back to the Vale, Viserys finally turning on the brother who’s leaned on his benevolence for far too long.

With renewed desire to protect his kingdom, he calls Rhaenyra into a large room with a hovering dragon skull towering underneath a million candles. “When you look at the dragons, what do you see?” Viserys asks her; it’s a question fundamental to her fitness for the throne. “I’m sorry… I have wasted the years since you were born wanting for a son,” Viserys admits. We don’t see her response, but Sapotchnik immediately cuts us to Alicent dressing her in glorious raiments and a line of Westerosi leaders pledging fealty to her.

But not, of course, before Viserys shares with her the secret all rulers must know: Of the prophecy surrounding a terrible winter, absolute darkness, and a threat that will destroy the world of the living. “If the world is to survive, a Targaryen must be seated on the Iron Throne.” We know that won’t happen, and doesn’t happen, which lends this foretelling a sense of tragic irony and a nagging feeling of incompleteness. Are we meant to be excited by this reference to the old show or stung by the bittersweet bite of tragedy that Viserys’ worries are for naught?

House of the Dragon Trailer: 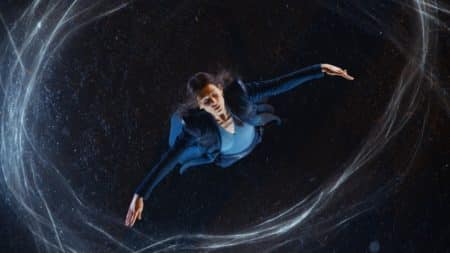 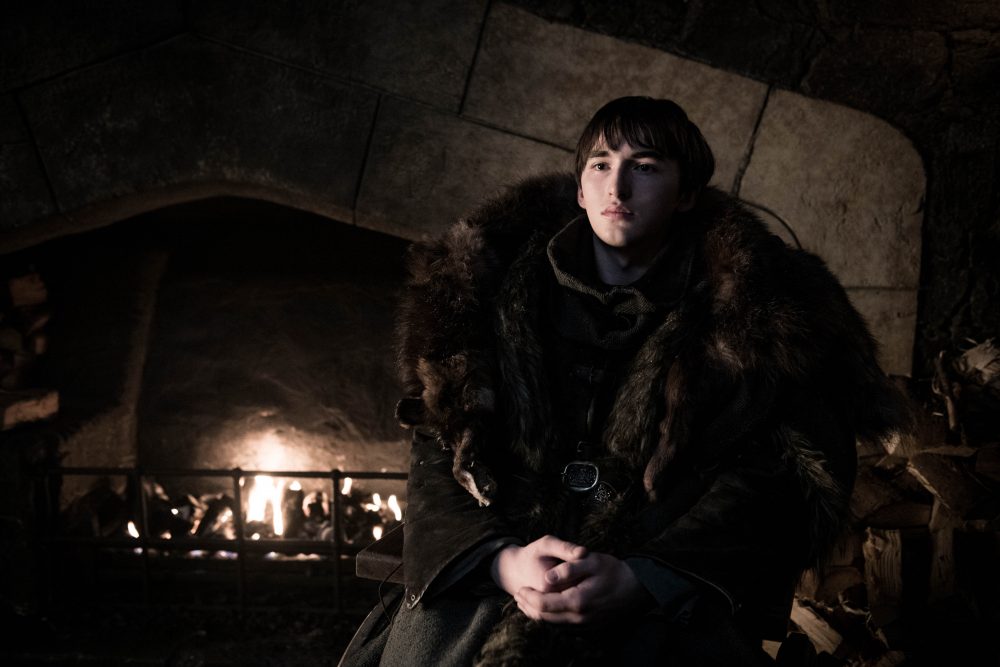 Looking back on the final season of HBO's hit show, it's impossible not to see the many ways the showrunners let down their story and the characters in it. 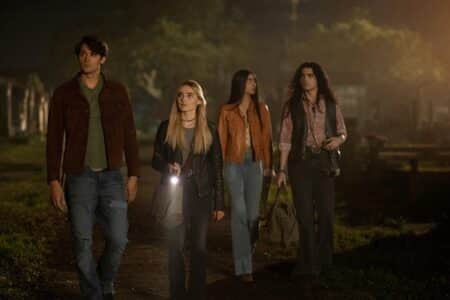 In The Winchesters, the family business takes off