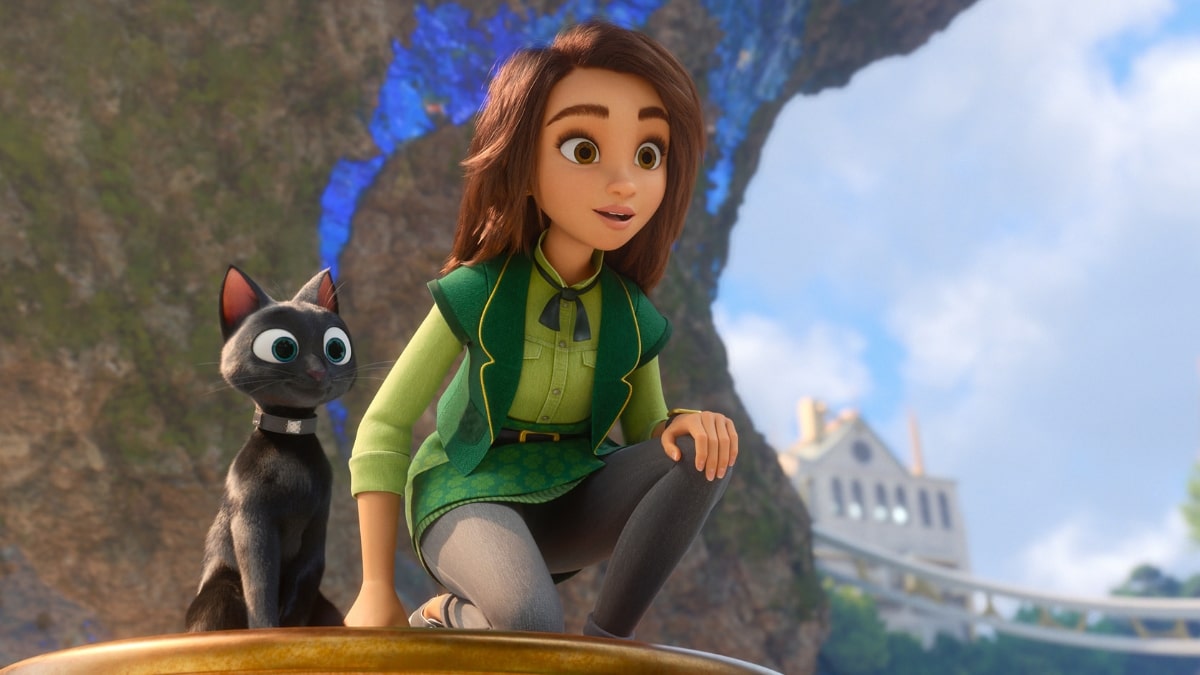 As the likes of Doogal and Planes make abundantly clear, there is no secret formula for making a great animated kid’s film. But there are some key things to avoid if you want to make a movie aimed at youngsters that satisfies its target demo. Luck, the first feature from Skydance Animation, trips over several of these shortcomings, particularly overwhelming your young audience with too much expository dialogue. Adolescents want wonder and soaring emotion, not endless chatter about how a fictional world operates. Devoting so much time to lore is just one of the many ways Luck underwhelms compared to its potential.

Luck focuses on Sam Greenfield (Eva Noblezada), an 18-year-old who never had a permanent home or an ounce of good luck to her name. Her troubles persist, but she’s still hoping for a brighter tomorrow, especially if it involves her foster home pal Hazel (Adelynn Spoon) finally finding a family. A chance encounter with a black cat leads our hero to discover a lucky penny on the ground. This turns out to be just the thing to finally turn Sam’s luck around, and she can’t wait to give this coin to Hazel.

Unfortunately, Sam’s bad luck rears its head once again and she quickly loses the penny. While bemoaning her fate, she learns that the feline she encountered earlier can talk, is named Bob (Simon Pegg), and hails from the Land of Luck. Here, a menagerie of fantastical creatures uses complicated machinery and their imaginations to come up with every scenario humans encounter that involves good or bad luck. Though humans aren’t supposed to be here, Sam dresses up as a leprechaun, determined to find a new lucky penny for Hazel…if her unlucky streak doesn’t doom her first.

Screenwriters Kiel Murray, Jonathan Aibel, and Glenn Berger are clearly proud of the world they’ve concocted for Luck. Unfortunately, this means they’re way too enamored with inner machinations of how good and bad luck is distributed. What may fascinate story artists is likely to inspire squirms of impatience from the movie’s target demo. It doesn’t help that information like mythology or character motivations are never conveyed in interesting ways. There’s nothing like the Mr. DNA explainer from Jurassic Park here. It’s just characters standing around blabbering about against chrome backdrops.

Luck’s score and bright colors indicate that this should be a movie bursting with imagination. However, the “tell, don’t show” approach to its avalanche of backstory brings it crashing down to Earth. This sensibility isn’t surprising since Luck is quite forgettable in its animation. For one thing, everything’s too shiny and lacking any imperfections to suggest a wide array of creatures work here. Even the supposedly grimier Land of Bad Luck is too polished for its own good. The lived-in qualities that make the best fantasy worlds tangible are missing here.

The character designs are also a wash, especially because they look too ready-made for marketing purposes. Everyone, even the Land of Bad Luck inhabitants, is brought to life with soft roundness and appearances seemingly tailor-made for a Funko Pop figurine. Worst of all is a bunch of generic rabbits that populate the Land of Good Luck. It’s unclear whether their uniform appearance is a byproduct of budgetary constraints or an attempt to make the next Minions. Whatever the reason, the lack of distinguishing characteristics from one rabbit to the next is a distraction and emblematic of Luck’s difficulty in making interesting-looking critters.

Granted, the film does fare better visually when relying on gags oriented on imagery rather than a jarring amount of dialogue. An early joke where Sam, while trying to be graceful, accidentally pulls out a doorknob is amusing, ditto the same character trying to sneak by a guard but constantly running into problems. The lack of sound effects or cues from John Debney’s scores in these comedic moments shows some welcome confidence and allows the humorous physicality to land with an impact.

These are rare instances, though, of Luck’s script and director Peggy Holmes trusting the audience enough not to bombard them with constant reminders of how and when they’re supposed to feel something. Potentially emotional moments get suffocated under the enormous weight of tin-eared dialogue. Noble efforts given by voice actors like Eva Noblezada and Simon Pegg can’t also disguise the fact that Luck leans heavily on generic dialogue, a byproduct of how derivative the entire feature is.

Devoting so much time to lore is just one of the many ways Luck underwhelms compared to its potential.

Nowhere is it more apparent that Luck is running on the fumes of other movies than the character of Hazel, who serves as a humanoid MacGuffin that drives the plot. Only seen prominently by the audience in one scene at the start of the movie, Hazel is a typical movie child: cutesy, a little loud, but never obnoxious. There’s little to distinguish her from countless similar characters even kids have seen in other movies. However, despite nothing about this adolescent to latch onto, the script wants moviegoers to be as wrapped up in Hazel’s plight as Sam is.

Perhaps it would have been easier to get attached to Sam, and by proxy the emotional crux of Luck, if the character had been given any sort of unique definition. But Luck is not the kind of movie to stick its neck out creatively. A generic rendering of a child fits fits snugly in a movie that’s leaning so heavily on what’s worked in other motion pictures, right down to a cameo appearance from Pixar good luck charm John Ratzenberger.

There is no secret formula for making a great animated kid’s movie, just as there isn’t for any kind of motion picture. But flawed features can shine a path for future films on what not to do. Luck provides some excellent and useful lessons in that regard, particularly when it comes to stuffing your screenplay with too much exposition. There’s no flood of bad luck weighing down Luck, it’s simply plagued by a lack of fun or personality. 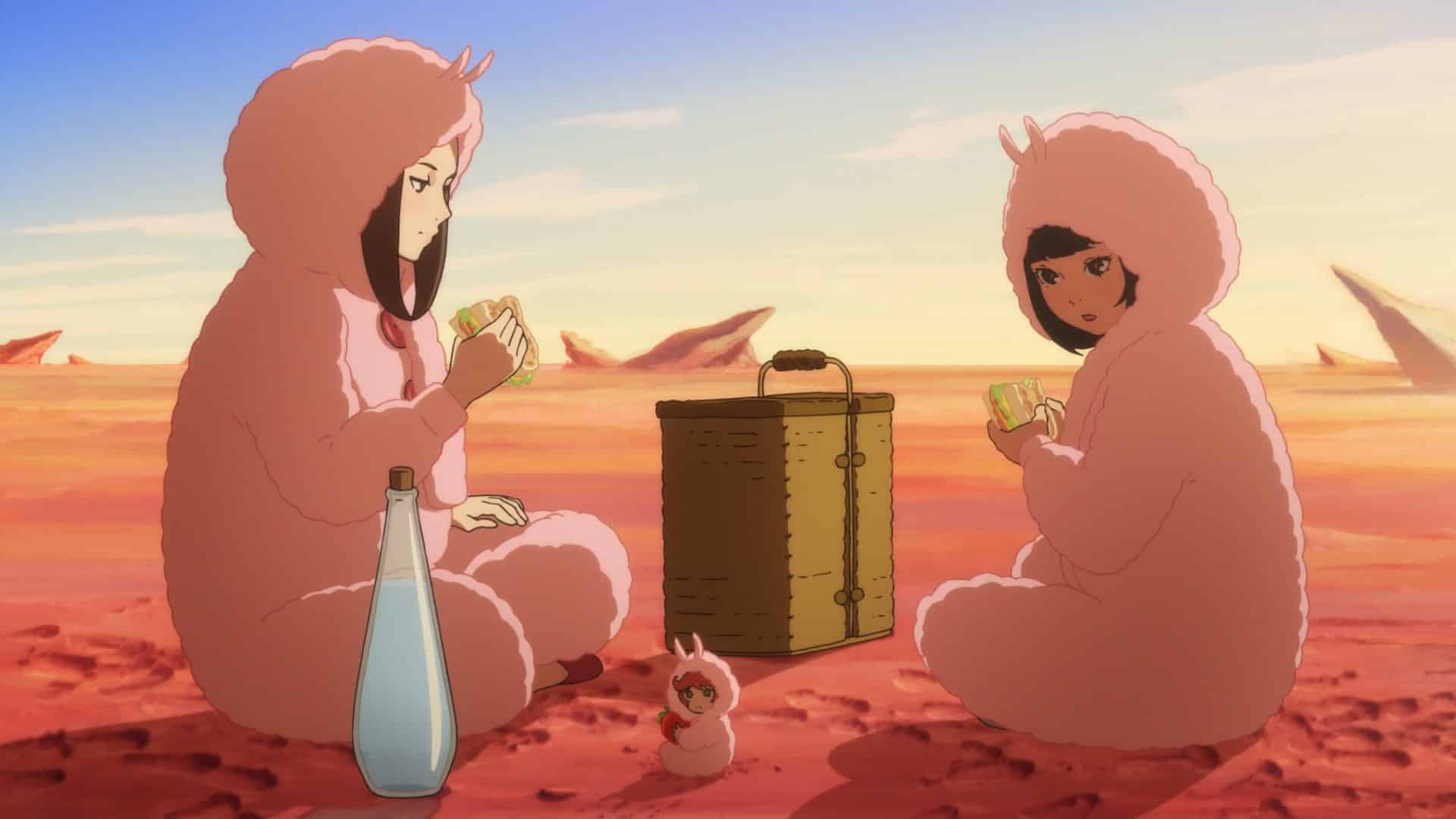 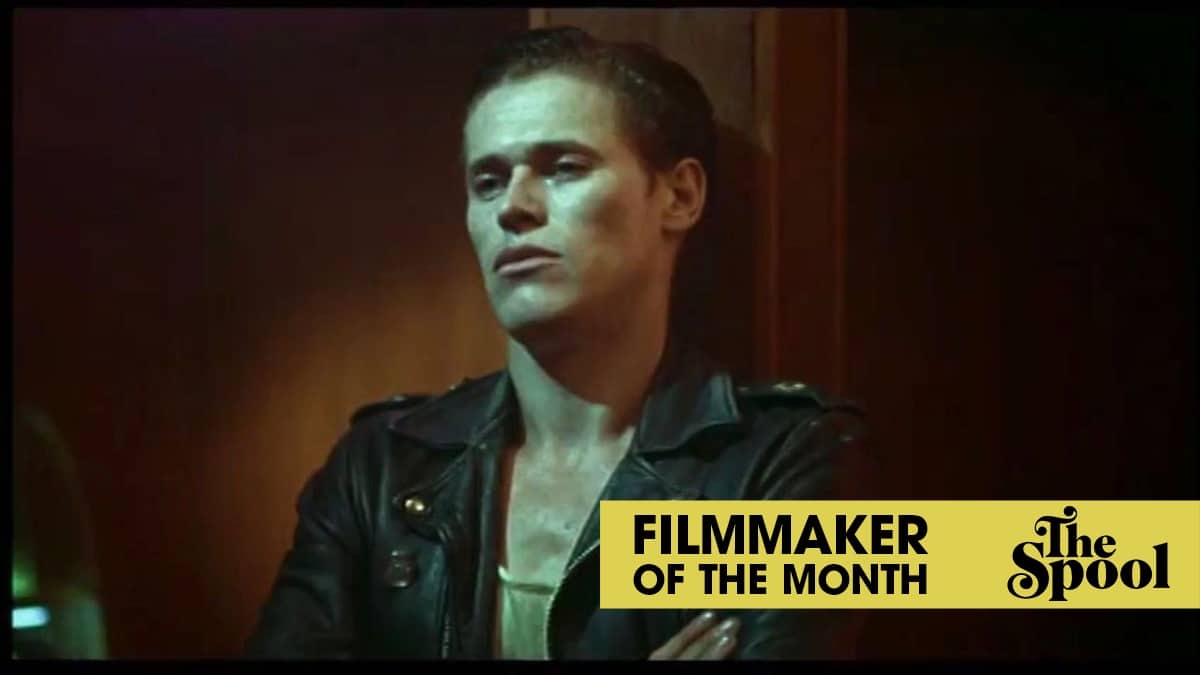 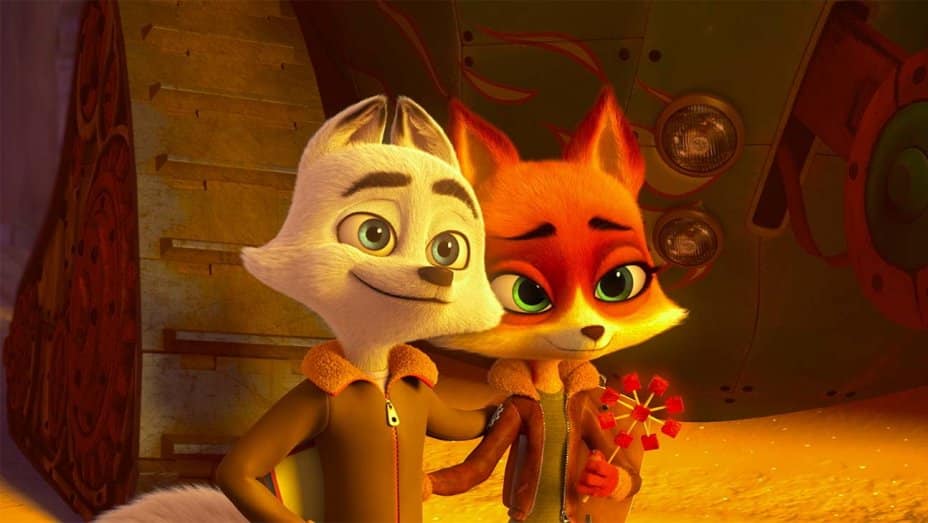