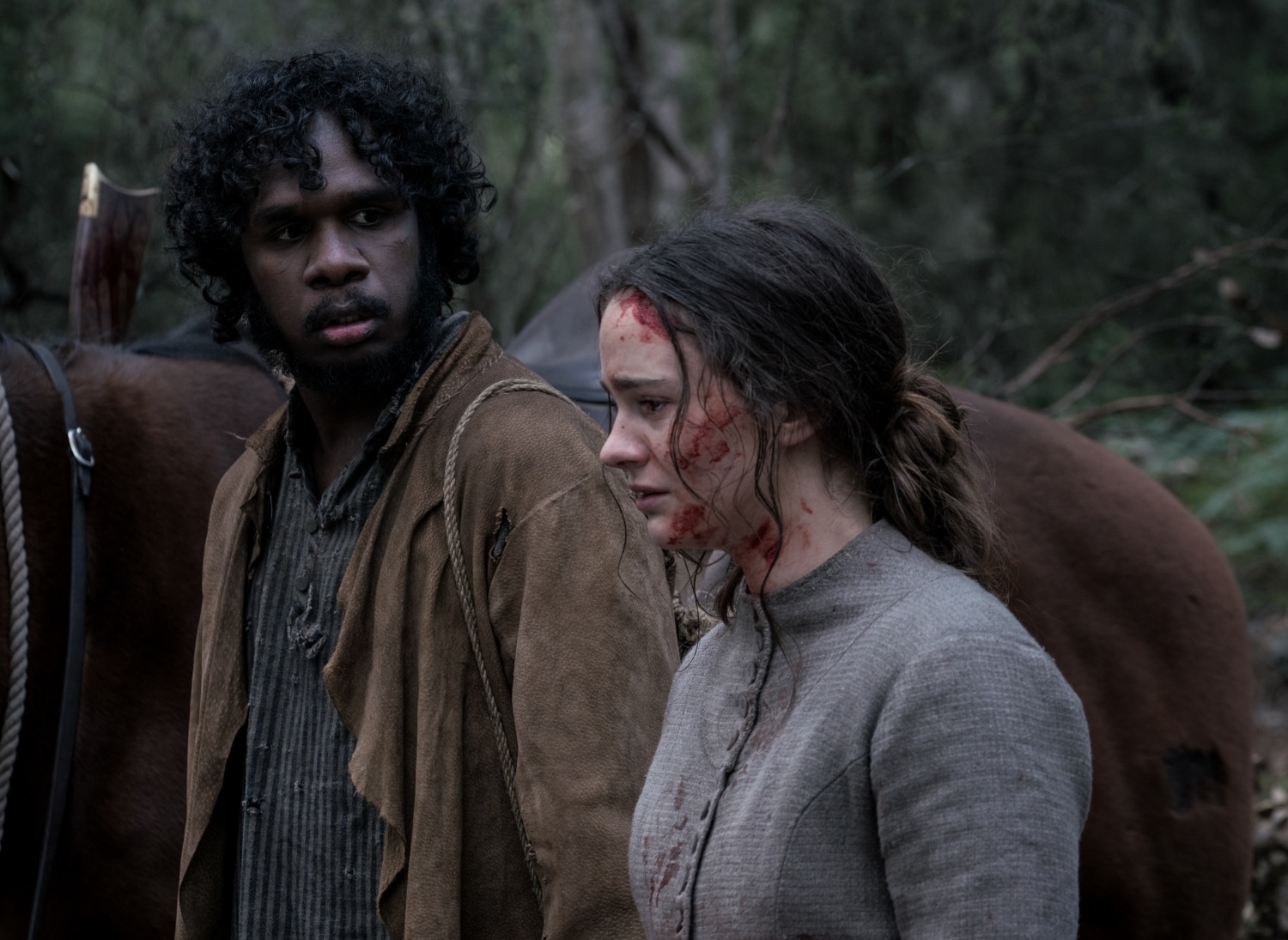 The Nightingale, Jennifer Kent‘s follow-up to her 2014 cult horror hit The Babadook, is a rough watch — an intense, harrowing tale of revenge and resilience that stirs up blood and conversation in equal measure. The story of Claire (Aisling Franciosi), an Irish convict in colonial-era Tasmania whose husband and baby are murdered in a brutal rape and assault by uncaring British soldiers, The Nightingale captures her efforts to catch up to the traveling murderers with the help of a similarly-spurned aborigine named Billy (Baykali Ganambarr, in his first film role).

Filmed in the stark greys and browns of the Tasmanian woods, their plight confined to a terrifyingly boxed-in aspect ratio, Kent’s feature is as gorgeously grim as it is controversial in its content. Unlike The Babadook, it’s a horror film of a different kind, one centered on man’s inhumanity to man and the cyclical nature of vengeance. And of course, it’s anchored by two arresting performances, from Francoisi’s dynamic ferocity to Ganambarr’s dangerous mix of acerbic wit and ancestral trauma. It also might be one of the best films of the year (read our review by Gena Radcliffe to see why).

As The Nightingale moves from the festival circuit to wider release, I sat down for separate chats with Aisling Franciosi and Baykali Ganambarr about the film — coming to their respective roles, their characters’ relationship with male violence and British colonialism, and the challenging conversations this film brings out in people. Take a listen! 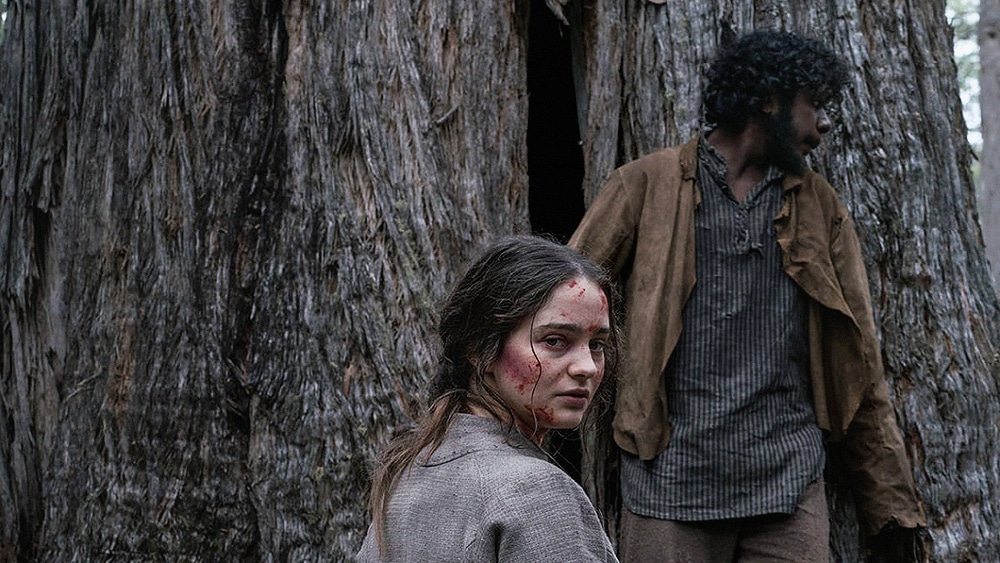 The Nightingale Review: What Do You Do When Vengeance is All You Have?

Jennifer Kent's unsparing revenge drama is a grueling but powerful lesson in history repeating itself. 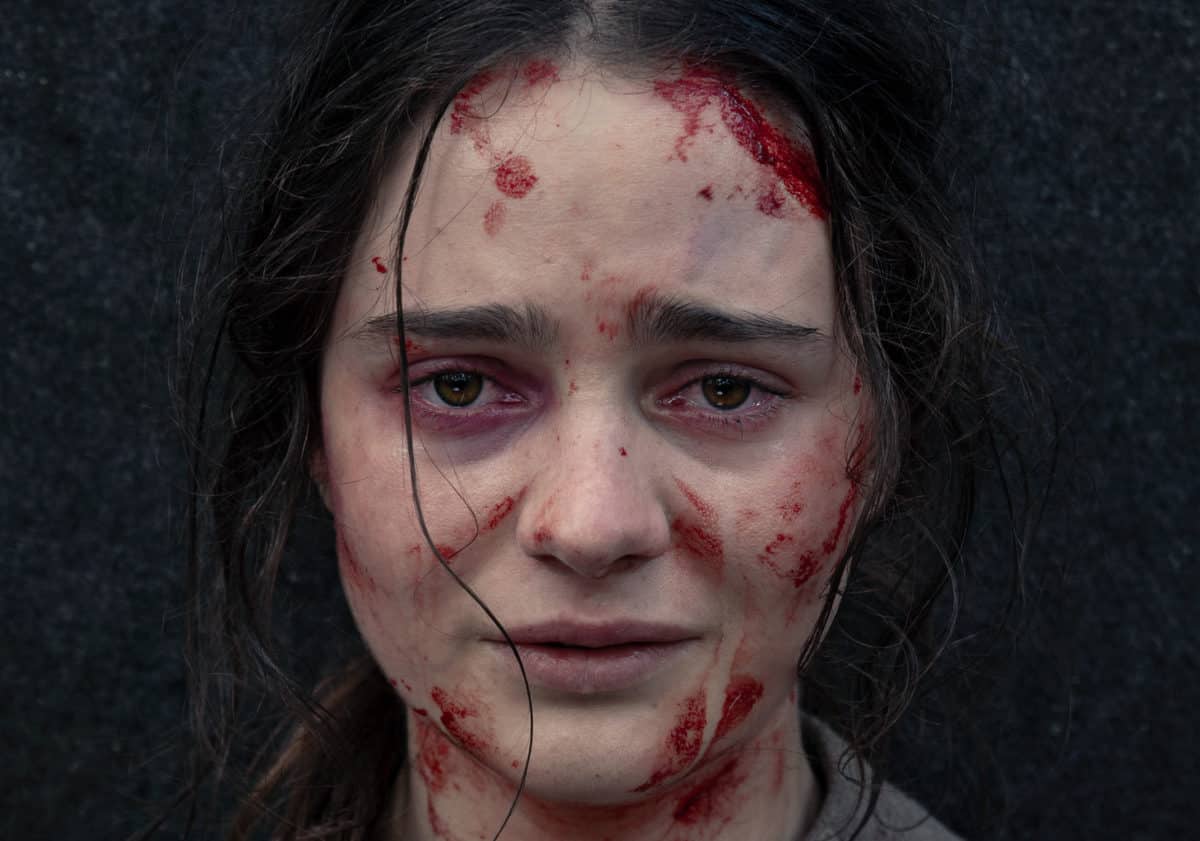 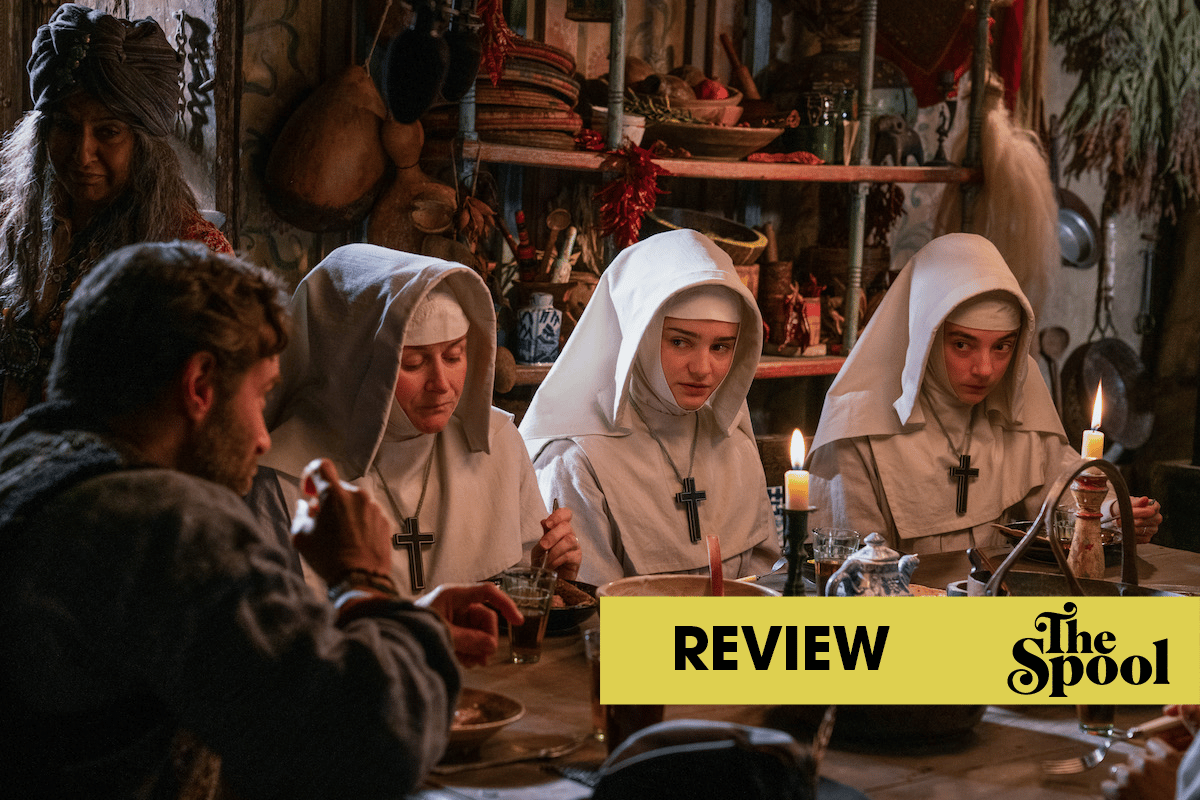