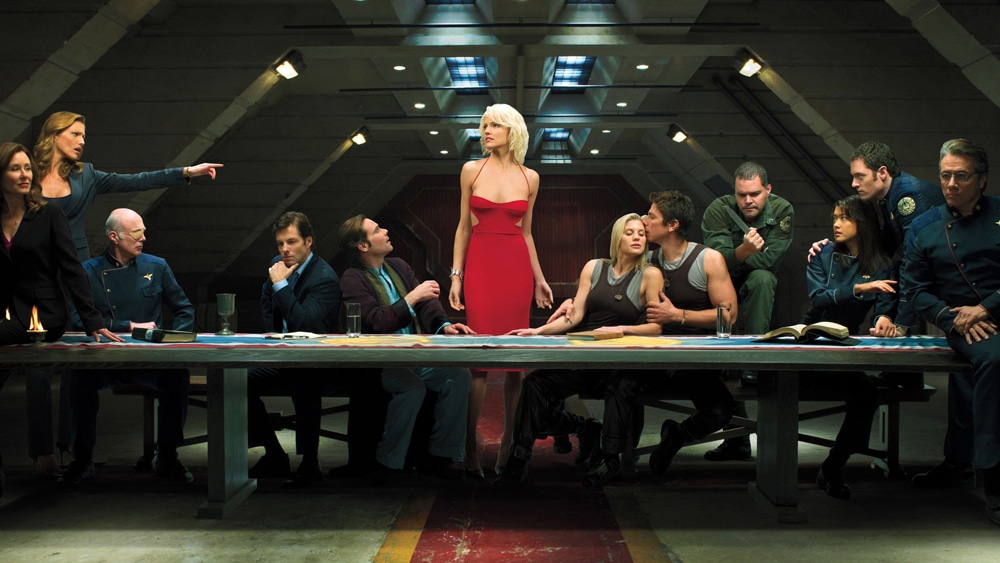 Ten years ago, in March of 2009, a little show called Battlestar Galactica aired its final episode, “Daybreak” – a big, sprawling, controversial finale to the politically charged sci-fi drama that captured the imaginations of a post-9/11 America and helped legitimize science fiction television as legitimate prestige media. Developed by Ronald D. Moore as an update of the campy, short-lived 1978 space series, Galactica (which ran from 2003 to 2009 between a miniseries, four seasons and two direct-to-DVD movies) was never a huge ratings hit, but its combination of innovative space action and War on Terror allegories made it one of the most seminal and influential sci-fi shows of its era.

But it’s the characters who made the show really sing, and Allison and Clint are joined this month by The Televerse’s Kate Kulzick and USA Today’s Kelly Lawler to discuss which character from the gritty space opera deserves a spot in the Hall of Faces. Is it Edward James Olmos’ stoic, taciturn William Adama? Mary McDonnell’s pragmatic Laura Roslin? James Callis’ duplicitous Gaius Baltar? Katee Sackhoff’s admirably flawed Kara Thrace? Or someone else in the Colonial Fleet’s stellar ensemble?

Sit down with some ambrosia and hear out our arguments, as well as the best TV of February and what we’re looking forward to in March. So say we all!

Hall of Faces is a proud member of the Chicago Podcast Coop. Thanks to Cards Against Humanity for sponsoring this episode!)