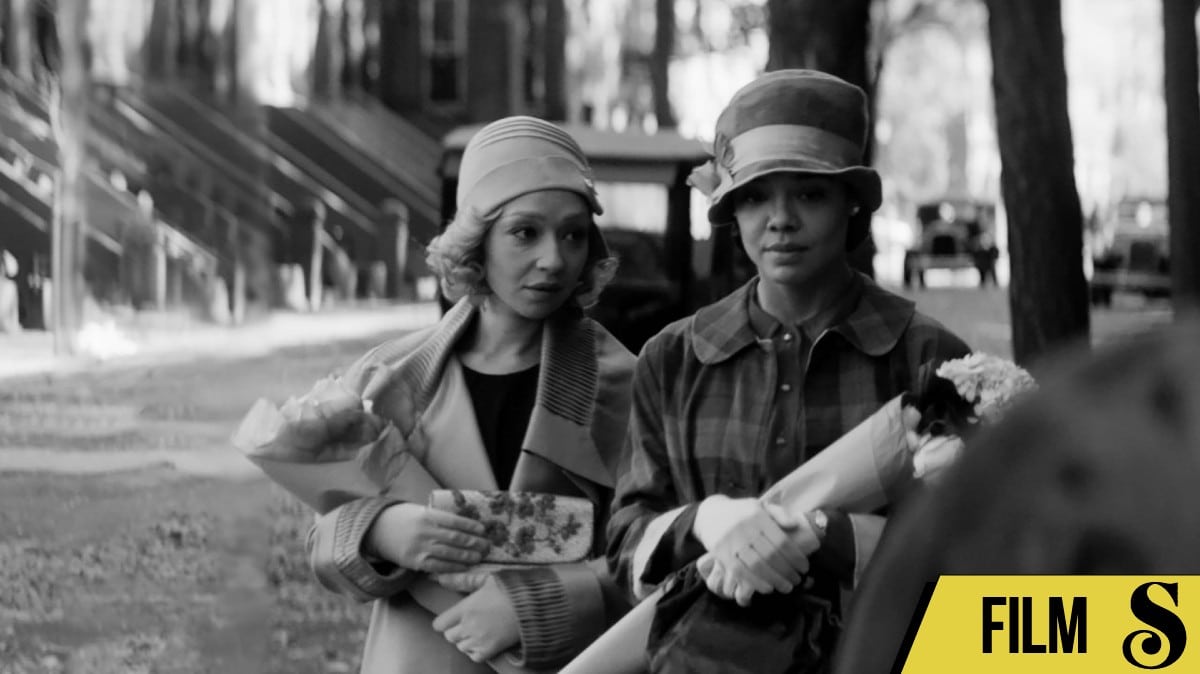 Nella Larsen’s 1929 novella Passing is a fascinating text, a frank but elegant discussion of the intersections of race, class, and gender as cold and delicate as its subject matter. It makes sense, then, that Rebecca Hall‘s adaptation is similarly airy and ominous, an intimate portrait of resentment and racial/social mobility set amid the stifling backdrop of 1920s New York.

“Passing,” of course, refers to the phenomenon wherein Black people, through a combination of lighter skin, carefully-applied makeup and the right bearing, masquerade as white. It’s a phenomenon as dangerous as it is understandable: after all, America has spent the entirety of its history positioning whiteness (as much as, if not more, than money or talent) as the primary marker for social and financial success. Many generations of African-American families can trace a history of racial passing, especially after the precarious first decades after the abolition of slavery.

This is the environment in which Hall immerses us, starting with Irene (Tessa Thompson), a young Black woman in New York who walks into the film with a stride as glamorous as it is guarded. She withdraws into herself in stores, avoiding the attention of openly racist white women in the same store as she. Her demeanor changes, though, when she withdraws to a hotel tea room and recognizes an old friend from Chicago — Clare (Ruth Negga), a light-skinned Black woman clearly passing for white.

The two reconnect, inexplicably drawn to each other: Irene to Clare’s free-wheeling sense of freedom and Doris Day beauty (she’s married to a rich, but deeply racist businessman, played with smarm by Alexander Skarsgård, who believes her to be white), Clare to Irene’s (‘Rene, for short) unapologetic life as a Black woman in New York.

From that fateful meeting, Clare finds herself gliding more and more into Irene’s Harlem-set orbit, hoping to reconnect with New York’s Black community in ways her performative whiteness (and her husband’s overt bigotry) denies her. And so Clare finds herself stopping by Irene’s gorgeous brownstone in Harlem, catching up with Irene, her laconic doctor husband, Brian (André Holland), and her two sons while accompanying them to Negro Welfare League parties.

There, they dance, drink, and cavort, much to the fetishized delight of white patron and author Hugh Wentworth (a delightfully blinkered Bill Camp). She misses Irene’s life and the freedom it entails; Irene, meanwhile, gradually finds her fascination with Clare morphing into envy and territorialism — especially as she suspects her new friend might covet her unapologetically Black existence a bit too eagerly.

Passing rewards the patient with a gorgeous, psychologically-loaded exploration of the tension between have and have-not.

Like the ineffable, intangible tensions passing between Clare and Irene’s occasionally-queer-coded gaze, Passing presents its story with gauzy uncertainty. Hall’s camera (guided by cinematographer Eduard Grau) keeps us hemmed into a stifling 4:3 aspect ratio, at once a reminder of the Academy ratio films of the time would have been filmed in and a visual signpost for the social restrictions both women face, regardless of racial expression.

Grau’s compositions keep us off-kilter, shifting between distanced negative space and uncomfortable close-ups of textures, gestures, and faces. (And through all of it, stark, high-contrast black and white photography highlights the divides between Black and white the story plays in.) Marci Rodgers’ costumes are sumptuous and period-appropriate, from its fur-lined coats to comfy peignoirs, and Devonté Hynes‘ jazz-piano-based score slides through Jacob Ribikoff’s evocative sound design. It’s the Gilded Age, tinged with unexpected menace from two women navigating the intersections of race and class in ways that might end up destroying them both.

It can be tempting to accuse Passing of being too slow, too preoccupied with the empty spaces and silences of its slower pace. There’s a wispiness to the film’s feel that can occasionally make Passing feel like Padding. And yet, that sense of lingering longing is part and parcel of Hall’s sensitive, cerebral approach; she’s deeply committed to interrogating these two women, particularly ‘Rene, and their battle over which of their disparate lives gives them the best shot at the American Dream.

Negga plays her glamour to the hilt, Clare as flirtatious as she is presumptuous. But it’s Thompson’s show through and through, particularly in the film’s latter half as her jealousy gives way to suspicion (“You’re a lot less content with what you’ve got when she‘s not here!” she screams at Holland, failing to recognize that it’s her dissatisfaction she’s feeling.

Tense, quivering, and full of detail, Passing rewards the patient with a gorgeous, psychologically-loaded exploration of the tension between have and have-not, and how race and social mobility play into those tensions. It can often be a bit too gossamer for its own good — Hall’s script intimates, rather than explicates, its positions on the various social dimensions Irene and Clare navigate. But as a vehicle for performances and a stellar command of filmmaking language, Passing is more than enough to establish Hall’s bona fides as a director alongside her tremendous career in front of the camera. 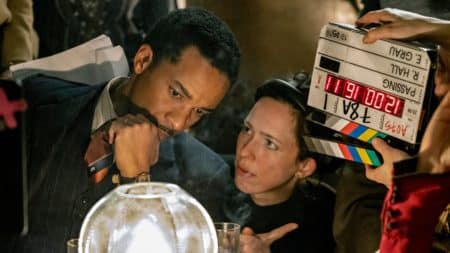 Rebecca Hall on the dueling binaries and challenging form of Passing 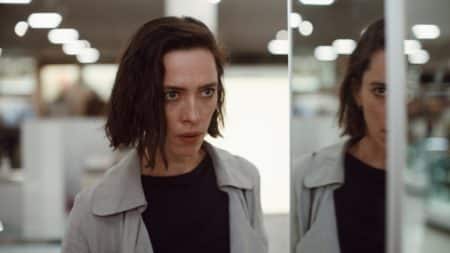