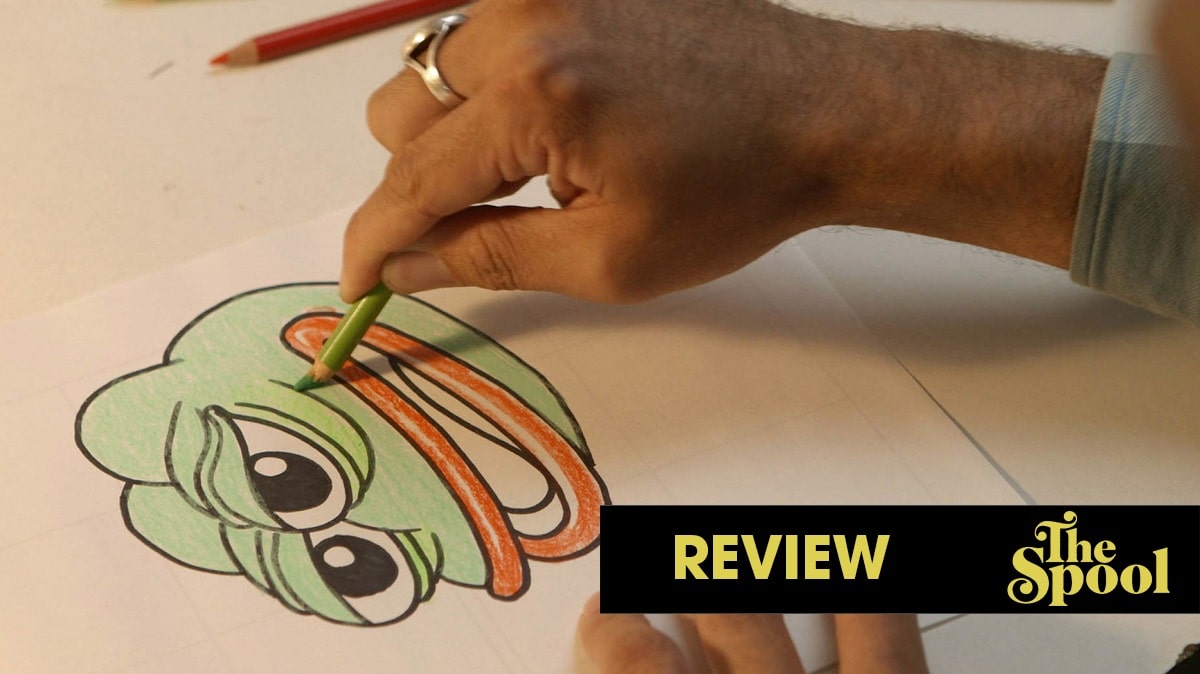 In detailing Pepe the Frog’s journey from meme to monster, Feels Good Man charts the corrosive nature of creative ownership.

For San Francisco-based artist Matt Furie, it was always just a frog. But for legions of people on the Internet, Pepe the Frog means so much more: a source of joy, a catalyst for hate, and a million things in between. Pepe’s been around almost as long as the modern Internet; he caught on in 2005 when Furie uploaded his first digital comic about Pepe (part of the gang in his irreverent slice-of-life comic Boys’ Life) to MySpace. It wasn’t long before he took off, the frog’s carefree, half-lidded expression becoming an avatar for a generation of disaffected, directionless youth finding refuge on social media — and later, finding himself on the Anti-Defamation League’s list of hate symbols.

Arthur Jones, an illustrator and animator in his own right, wanted to chart the meme’s descent from innocent mascot to icon of the alt-right, and Furie’s Sisyphean attempts to reclaim his creation. In Feels Good Man, he manages to accomplish quite a bit more than that: Furie and Pepe become the poster children for the consumptive, corrosive nature of the Internet, and the complications that come from the democratization of art.

For a film ostensibly about the alt-right and the toxicity of the Internet, Feels Good Man feels breezy, almost irreverent. Granted, much of this comes from its focus on Furie as a subject, a preternaturally sunny, crunchy granola San-Fran artist type who seems just about the chillest guy on the planet. He’s a Gen-X slacker to the core, a creative who just wants to make people happy, which makes the angry co-opting of Pepe the Frog feel doubly tragic. But there’s also the hint that Furie’s laissez-faire approach to Pepe is what let it get so out of control in the first place; by shrugging off Pepe’s early notoriety as ‘neat’ and paying it no mind, he made it that much harder to put the cork back in the bottle once people were drawing swastikas on Pepe’s smug visage.

But Jones’ presentation also feels fleet-footed and dynamic, peppering droll talking heads and flashy montages of Pepe’s proliferation on forums and social media with fluid, trippy, Bojack Horseman-style visuals that animate the frog’s journey from slacker to symbol. While it occasionally clashes with the glitchy screengrabs and digital footage used to convey Pepe’s problematic journey through the Internet, it functions well as the battle between creator and creation, the fluidity of the analog world clashing with the rigid formatting of digital spaces. Online, Pepe feels trapped in a box; Furie and Jones want us to let the li’l frog be free to play video games with his friends and pee with his pants pulled all the way down.

Furie and Pepe become the poster children for the consumptive, corrosive nature of the Internet, and the complications that come from the democratization of art.

Jones’ approach is a lot more anthropological than a simple profile of Furie, however; he interviews a number of people, from Furie’s close friends and family to channers who explain Pepe’s nihilist appeal, to students of the occult and Lambo-driving blockchain douches buying “rare Pepes” at auction, to a Trump campaign social media manager. Together, Jones manages to elucidate what Pepe means to people, for good or ill — like any good meme, anyone can project their feelings onto him.

He also manages to serve as a solid example of the dangers of weaponized irony; one of the reasons the alt-right flocks to him so much is that his placid, self-satisfied expression can communicate spite, anger, and irreverence all at once. You can use him to brush away any accusations of real bigotry as edgy humor. And paradoxically, people who come to Pepe for ironic, edgy humor can suddenly find themselves believing those things for real. Before you (or Furie) know it, Pepe’s being used to wage a meme war on ‘normies’ and flocks of people are worshipping an Egyptian frog god called Kek in order to make Hillary Clinton ill. “We elected a meme as president” was 4chan’s effective slogan in late 2016, and as 2020 looms, it’s hard not to fear that the same thing will happen again.

And yet, Feels Good Man offers a glimmer of hope that Pepe will return to his more innocuous roots. Furie’s attempts throughout the doc to reclaim Pepe range from well-intentioned to downright silly — Furie’s in-universe ‘killing’ of Pepe in Boys’ Life just served as symbolic disassociation, and one bittersweet meeting between Furie and an ADL representative makes clear that Pepe will always and forever be associated with hate in some form. But just as Pepe was adopted as a symbol of freedom and liberation for Hong Kong protestors this last year, there’s still a chance Furie’s laconic little buddy will escape his dark connotations and find his way back to the light.