(This dispatch is part of our coverage of the 2022 Fantasia Film Festival.)

There is perhaps no more literal or better example of Fantasia’s killer run of female-centered stories this year than Amanda Kramer’s kaleidoscopic Give Me Pity! Following Sissy St. Claire (Sophie Von Haselberg) for her singular Saturday night special, this remarkable feat of staging and performance is a golden, glittery, and gothic descent into the twisted psyche of a performer desperate for acceptance. At once a TV concert, sketch show, and dramatic showcase, Give Me Pity shows off the exhaustive range of its visionary director and solo star.

Kramer’s visual language crosses over many genres, decades, and mediums. The film feels both analog and digital. It embraces the familiar TV special format only to twist it once Sissy begins her descent into piteous madness. Filming amongst toppled columns, confetti, balloons, and rubber chickens, Kramer creates a mood that feels like a “contemporary 1970s,” a post-digital disco dream.

But what glosses everything and makes it sparkle is down to Von Haselberg’s incredible performance. There is more than a bit of homage to her mother, Bette Midler, in Von Haselberg’s Sissy. As an archiver of vaudeville, burlesque, & big band, Midler emerged on the scene in the early 1970s as a bridge between turn-of-the-20th-century kitsch and postmodern camp. She was one of the first to update the TV Specials like Color Me Barbra for a modern audience with her avant-garde HBO Specials Art or Bust and Mondo Beyondo. Sissy and her special are a full extension of that history.

And she’s performed by someone who’s had intimate access to Midler’s archive her whole life. But Sissy is not Bette. She’s Midlerian, and there’s a crucial difference. While there are times when Von Haselberg is uncannily like her mother, Sissy is her own creature. Von Haselberg sinks her teeth in the dark loneliness and depression underneath Sissy’s gilded surface for this one-woman show. And through her many songs, acts, and sketches, Von Haselberg reveals a fully realized psyche that’s fucked up on Shakespearean levels.

Together, Kramer and Von Haselberg have made a film and a character that feels eerily out of time. Sissy is both then and now, present and not present. Her disconnection is matched by Kramer’s visual style, which pulls from myriad influences. By casting someone so intimately familiar with the foundations of the camp mode she wanted to play in, Kramer secures Give Me Pity as a glamorous and demented look at Performance itself.

Where Andrea Kramer mixed mediums, Filipino director Carlo Francisco Manatad mixes genres in Whether the Weather is Fine. The film begins when Young Miguel wakes up, disorientated after being in the path of a hurricane. With his bold, temperamental girlfriend Andrea, he’s searching through the rubble for his mother. But she is also looking for someone amongst all the triage and aid shelters. This remarkable film is about the reality of disaster and the magic of survival. Amongst the busyness of debris, Manatad sets tiny glimmers of beauty. Whether the Weather is Fine is an emotional disaster film with shimmers of magic. And those glittering details match perfectly with Andrew Florentino’s plucking and twinkling score.

And it all collides with Andrea. Though the film is ultimately Miguel’s story, Andrea takes on the preternatural quality that embodies the arts and aims of the film. Just as Sissy was continuing a cultural lineage, Andrea is a continuation of national heritage.

In the same way that the Filipino culture on display is a mix of folk and Christian practices, Andrea is both a material and mythic woman. Rans Rifol’s performance takes in this mix of reality and fantasy and channels it brilliantly through young angst. Though much of what happens to her is unexplained, Rifol shows us who Andrea is through her uniquely stoic choices leading up to and after her miraculous moment.

The mix of styles mirrors the Filipino religious life celebrated in this film. It’s a vibrantly syncretic country that mixes folk and Christian traditions to make its unique expressions of spiritual life. It all comes together to make Whether the Weather is Fine an ornate motion picture that melds reality and fantasy together to tell the story of a people and a place.

The wonders of My Grandfather’s Demons are hard to put in a few words. Portugal’s first stop-motion feature brings these themes together to tell a story of familial and cultural legacy. But the film doesn’t begin in the medium. It’s a digital world that’s slowly draining Rosa (Victoria Guerra) of her soul. When she leaves the city for her late grandfather’s rural estate, the jaw-dropping transformation into stop-motion occurs. Once settled, the spirits of past trauma begin to visit Rosa. As she reflects on their meaning, she realizes that the lingering pain on the estate is affecting the whole village. With the help of her neighbor boy and his mom, she will heal herself, the community, and the land.

My Grandfather’s Demons is a sublime work of labor that uses the full talents of its crew to tell a story of deep emotional resonance and relevance. The animation is an unrelenting landscape of beautiful textures that are as layered as the story. Director Nuno Beato leads a team with their hearts in their hands, fashioning each piece of character and set design; you can almost see their thumbprints.

On top of the sublime style and craftsmanship is a profound and necessary story about personal and communal trauma and healing. These things are not separated from each other but intricately laced together. The lesson of My Grandfather’s Demons reaffirms a collective responsibility rooted in the mutual caring for land and lore. With this film, Beato masterfully demonstrates that fantasy and animation are potent mediums that can deliver meaningful stories for our earthly lives. Through its fanciful journey, we come to understand our reality better.

These films aren’t afraid to make bold aesthetic choices to tell their story of complex women. They mixed mediums, genres, and histories to tell riveting tales about contemporary life, its disconnections, diasporas, and droughts. Yet, each of these films offers a flicker of hope in their beauty. 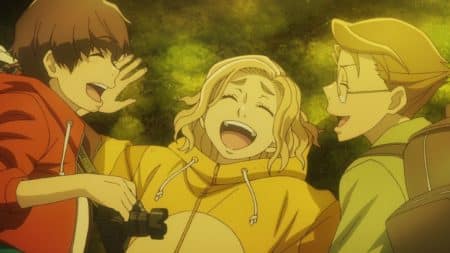 Our first dispatch of the fest includes two sweet, animated coming-of-age stories and a tale about dude's dingalings popping off. 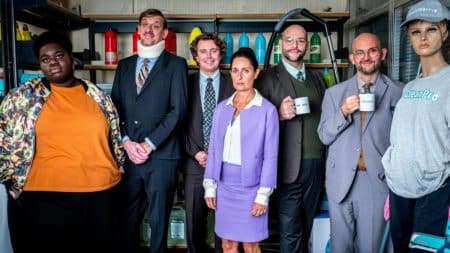 Fantasia 2022: Employee of the Month, Sissy, and Relax, I’m from the Future 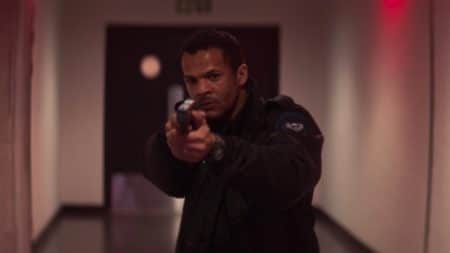