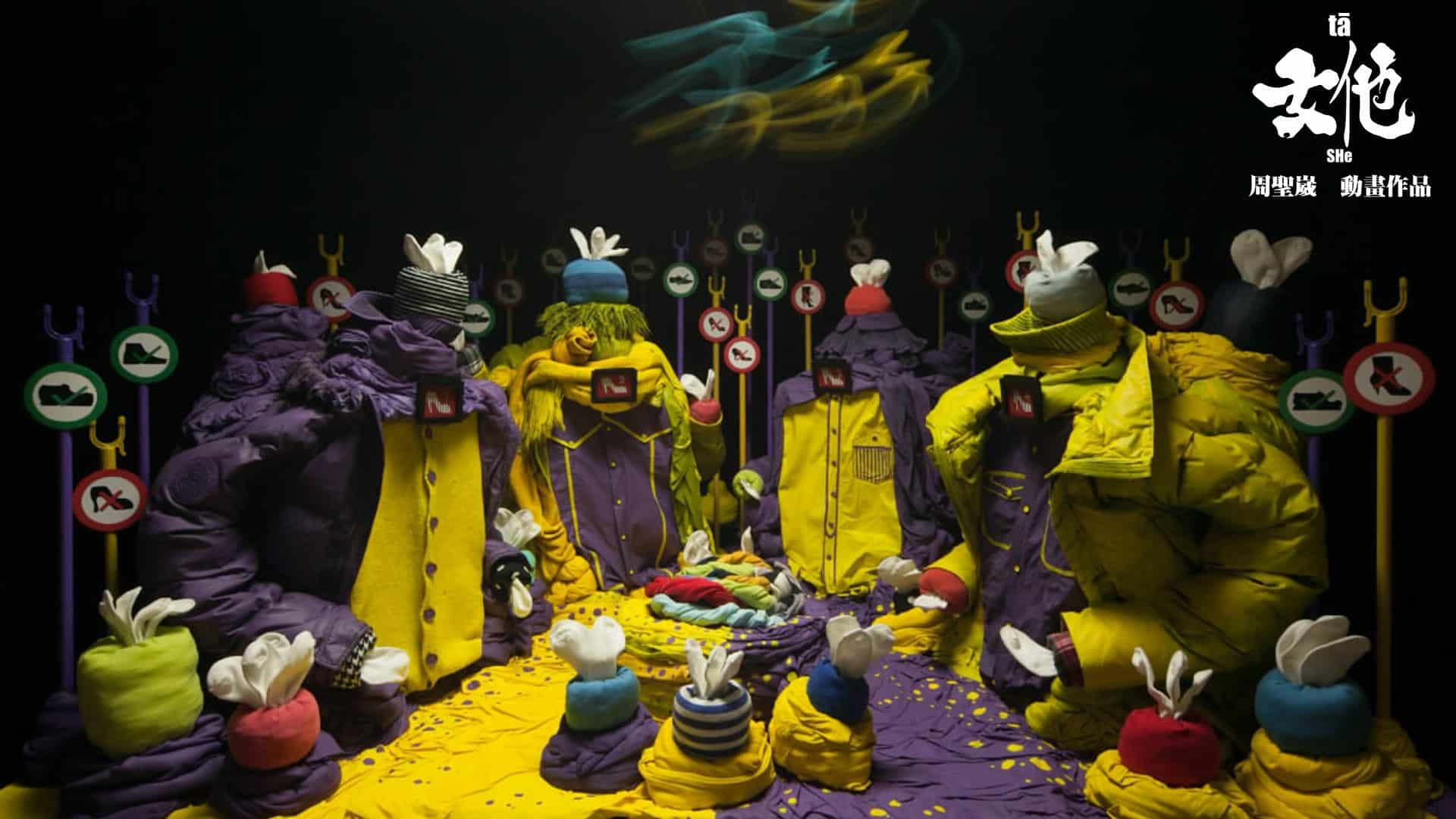 Fantasia Film Fest is no stranger to all kinds of creepy experimental animation, but it’s hard to think of a stop-motion work more affecting, disturbing, and downright hallucinogenic as Zhou Shengwei‘s SHe. A confrontational work as direct in its politics as it is dazzling in its presentation, its value lies in its utter lack of accessibility and dedication to its Grand Guignol atmosphere.

The world of SHe is an inky-black hellscape punctuated by objects, characters and architecture pieced together from the warped, uncanny versions of objects we see every day. Button-up shirts are prisons, Occupying this world is a population of living shoes that still operates within a strict, hierarchical gender binary: male shoes (represented here by Italian leather loafers, covered in nightmarish gears and light bulbs) oppress female shoes (here visualized as cherry-red heels with flowers for eyes and vines in their soles). As SHe begins, we see a female shoe, one of several kept captive to give birth to baby shoes, who are then masculinized in a bizarre ritual by an evil male shoe.

Unlikely circumstances conspire to give her the upper hand over her oppressor, which frees her and the one shoe-child that manages to survive; but before too long, food (socks in this world, naturally) begins to run scarce. Zipping herself into a male shoe-suit, she infiltrates the male-dominated world of shoe-industry to make ends meet for her starving child.

From there, what semblance of cohesive, straightforward plot SHe may have enjoyed gives way to a horrifying hallucinogenic morality tale about the evils of patriarchy and capitalism, but one that’s no less potent for its presentationalism. Zhou composed this film out of 60,000 photographs over five years, and the results are staggering to watch: it’s a horrifyingly imaginative world rendered with gruesomely tactile detail.

The design of the shoe-characters and their Kafkaesque cloth-and-paper prisons is endlessly impressive, doubly so when you realize just how much these characters’ plight digs under your skin. Our main character, in particular, is thrown into all manner of transformative and mutilating circumstances. Every snip of her branches and drill of a screw into her shoe-flesh unsettles you as much as the goriest French New Extremity film. SHe is essentially a rape-revenge film for footwear; its disturbingly detailed sound design punctuates each rip and tear with horrifying alacrity, as does the wordless voice performances accompanying each character.

SHe is essentially a rape-revenge film for footwear.

But there’s a method to the madness, and SHe‘s got a lot on its mind. Through the abstraction of materials and clothes, Zhou gets bold license to showcase the horrors of the daily capitalist grind, and the way the oppression of women ties into these systems. Nature contrasts with the cold machinery of mankind, the endless grind to consume tearing up the natural order, with nature constantly fighting back to assert itself. There’s also the inherent subtext about how gender is performed (female shoes turned into male shoes and vice versa, often without their consent), Zhou trafficking in the kind of genderfluid ambiguity that gives the film its uniquely pronoun-ed title.

It’s unsubtle stuff, to be sure: signs abound with green ‘go’ symbols over male shoes and red ‘no’ signs over female shoes. Even so, there’s an inherent horror to the way women’s bodies are commodified, changed and mutilated for the sake of capital and commerce, something which SHe taps into on a visceral level.

Crafting a film about the shackles of materialism from the very materials used to shackle us is a bold move, but one which Zhou largely pulls off. Even at ninety minutes, SHe can feel overlong, and one wonders if its anti-capitalist message has been sufficiently told by the forty- or fifty-minute mark. Still, every new scene brings a new set of dazzlingly inventive surprises, as Zhou crafts new creatures and settings from everyday objects that demand at least your visual attention.

It may not be nuanced or perfectly paced, but SHe has a perspective and a dazzlingly unique way to communicate it. For these reasons, it should be celebrated. 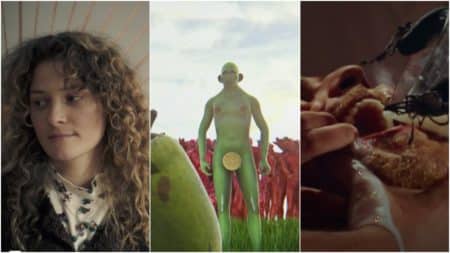 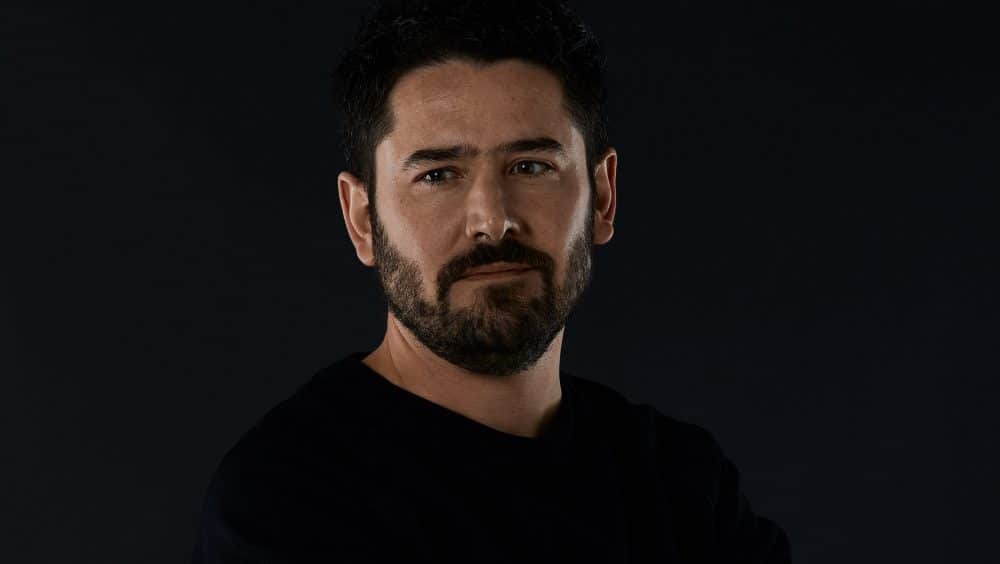 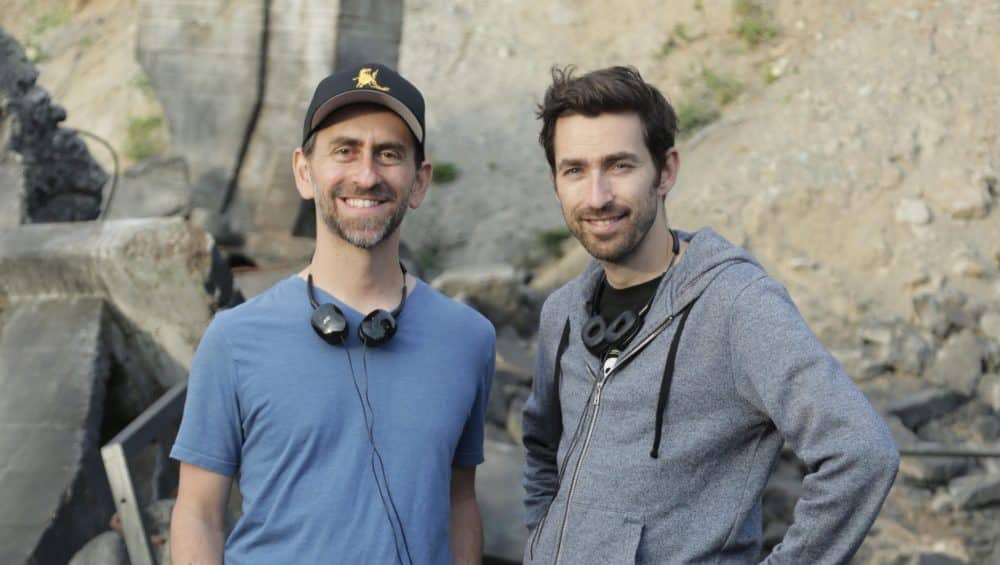