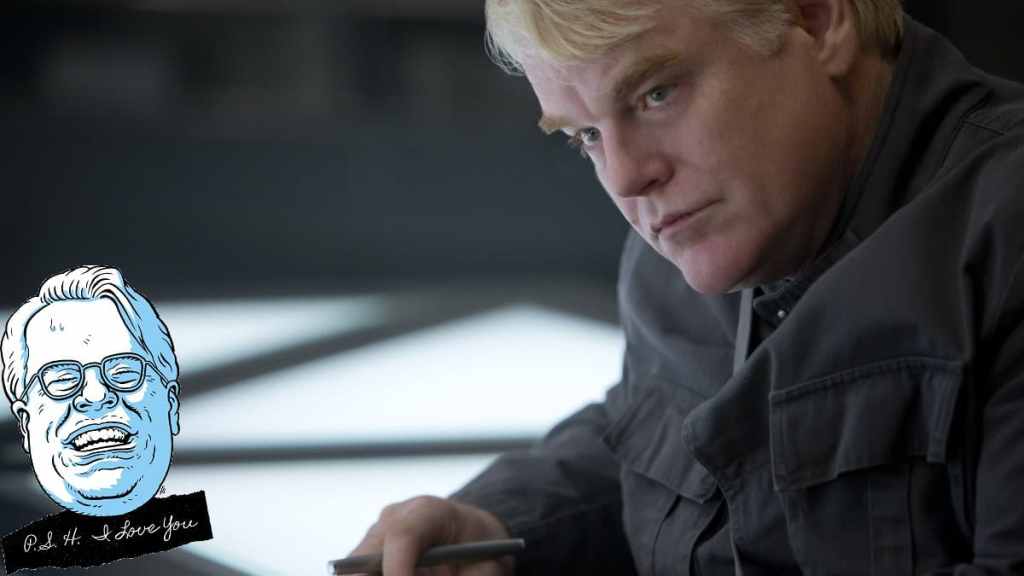 Just a few days after he passed, it was clear that The Hunger Games: Mockingjay – Part 2 would be Philip Seymour Hoffman’s final film. Back in 2012, Lionsgate made the financial decision to milk a fourth movie out of the Hunger Games trilogy, keeping their cash cow going until November 2015. While Catching Fire made for a worthwhile outing in its own right, the back half of the series does its best to annihilate any goodwill it’d accumulated.

There’s just not enough meat on this finale’s bones to justify two separate films. When Hoffman died in February 2014, he’d all-but completed his work on these sequels, a collection of disparate scenes that wouldn’t be seen for another a year-and-a-half. As a result, P.S.H.’s last character would be named “Plutarch Heavensbee.”

Mockingjay – Part 1 picks up right after the previous installment, with Katniss (Jennifer Lawrence) retrieved by the rebels and taken to the underground stronghold of “District 13.” Her home, District 12, has been obliterated; the rest of Panem has erupted into civil war against The Capitol. Further exploring the performance of a symbol, 13’s President Coin (Julianne Moore) is most interested in Katniss as an image to rally the nation. She and Plutarch want her to act in a series of propaganda commercials – even when she’s fighting The Capitol, Katniss has to be on camera.

In their first attempt, Hoffman does a little Caden Cotard as he “directs” one of these “propos.” But as you’d imagine of a person who grew up in a post-apocalyptic society (well, one without TikTok), Katniss isn’t great in front of a green screen. P.S.H.’s exasperation never gets old – he always made his irritation specific, be it aggressive, threatening, or entertaining. Here, it’s played for laughs – Plutarch is asking Katniss to do something for which she’s simply not equipped.

But most of Hoffman’s time in Mockingjay 1 is spent scheming and advising. His character has managed to insert himself into District 13’s government, so we get a few scenes of Plutarch arguing with Coin and giving a pep talk to Elizabeth Banks’ Effie Trinket. When The Capitol firebombs their bunkers, Plutarch’s terror clues us in to just how removed he’s been from the violence he manipulates. Yet, on the whole, Hoffman’s less of a presence than in Catching Fire, despite appearing in more of the movie.

This is partially due to not much happening in this third installment. Perhaps the “real” Plutarch isn’t as engaging as the double agent he was playing before, perhaps Hoffman had mentally checked out from his blockbuster obligations by Mockingjay’s production in the fall of 2013. These movies are the only time Hoffman played one of his parts again for a sequel – usually, when Hoffman inhabited a role more than once, it was on stage, using the same lines to move a new audience. On-screen, his side characters regularly met a grisly fate, and even when they didn’t, it’s not like anyone was waiting for him to show up in a Boogie Nights 2 or Capote: Truman Returns.

How do you pay respect to someone whose whole goal was getting you to see him as someone else?

At least Mockingjay – Part 2 marks a slight improvement. Katniss leaves the grey underground of District 13 to fight on the grey streets of The Capitol, but this time the protagonist has a clearer impact on the action. Hoffman’s few scenes are mostly exposition dumps.

Finally, we see Plutarch at the climax, in which Katniss kills the could-be-corrupt President Coin instead of the captured President Snow (Donald Sutherland). For what it’s worth, this scene is quite compelling: Katniss, again wielding a bow and under the gaze of hundreds of thousands, exercises her own agency and murders the new would-be dictator. But the execution comes after four hours instead of two, its weight lessened by the bloated storytelling.

From what I can tell, Hoffman really was on-set for this day, this wasn’t other footage of Hoffman repurposed to insert him into the space. Director Francis Lawrence cuts to Plutarch, silently looking down at the pandemonium below. We see the edges of a smile trace Hoffman’s face, nearly breaking through to the surface. Then the quick shot ends.

The actor was supposed to appear in the following scene, which was hastily re-written after Hoffman’s passing. Instead of being confronted by Plutarch, Katniss gets a letter from him, read to her by Haymitch (Woody Harrelson). Within Mockingjay – Part 2, the scene gives our heroine an explanation as to what will happen next: Plutarch was pretty sure Coin wasn’t fit to lead, Katniss will be sent back to District 12 and eventually pardoned. But we’re also meant to feel Hoffman’s absence – and the film attempting to pay respect to him – when the letter contains loaded lines like “We’re [humans] fickle, stupid beings with poor memories and a great gift for self-destruction,” and “I’m sorry so much burden fell on you.”

We do “see” Plutarch one more time, digitally inserted into a broadcast of Panem’s new president being sworn in. By putting Hoffman on a screen, not “in person,” the filmmakers seem to imply that the actor will continue to exist in the work he left behind. As someone who’s spent the last year writing about said on-screen work, frankly, I like this choice. Yes, this is a use of CGI to “bring back” a performer after their death. But there’s a general restraint that feels respectful to Hoffman’s memory without ignoring his passing.

In an interview at the release of Mockingjay – Part 2, Lawrence said, “I regret to have that label of it being his last film. Because obviously, there’s not quite enough of him in it.” The same year, Justin Lin’s Furious 7 much more explicitly incorporated the heartbreaking death of one of its actors. That blockbuster memorialized Paul Walker in a fashion fitting of its franchise, complete with a tear-jerking pop song and Vin Diesel waving good-bye to a digital puppet of Walker’s likeness.

Going this route wouldn’t have been right for Hoffman. How do you pay respect to someone whose whole goal was getting you to see him as someone else? How can any film truly memorialize an endlessly complex human being, let alone using pre-recorded images of said human being? How can a tentpole that mainly exists to further Lionsgates’ bottom line do any of this?

Obviously, in a perfect world, The Hunger Games: Mockingjay – Part 2 wouldn’t be Hoffman’s final film, because he’d still be alive. Lawrence and the rest of the team behind-the-camera failed to construct two more worthwhile Hunger Games sequels. Hoffman’s contributions to these movies are less significant than their efforts to pay respect to him. As ill-equipped as the Hunger Games filmmakers were to deal with Hoffman’s abrupt, tragic passing, these movies exercise as much grace as they can. 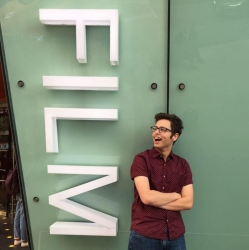 Jonah Koslofsky
Staff Writer at The Spool
Jonah Koslofsky is a critic and filmmaker living in east-central Illinois. He regularly writes about film, television, and pop culture, with a special interest in David Lynch, the Marvel movies, and using too many em-dashes. On an average day, you might find him in a coffee shop or a comic book store. Follow him on Twitter and Facebook – he's just happy to be here!

Latest posts by Jonah Koslofsky (see all)
Liked it? Take a second to support The Spool on Patreon!