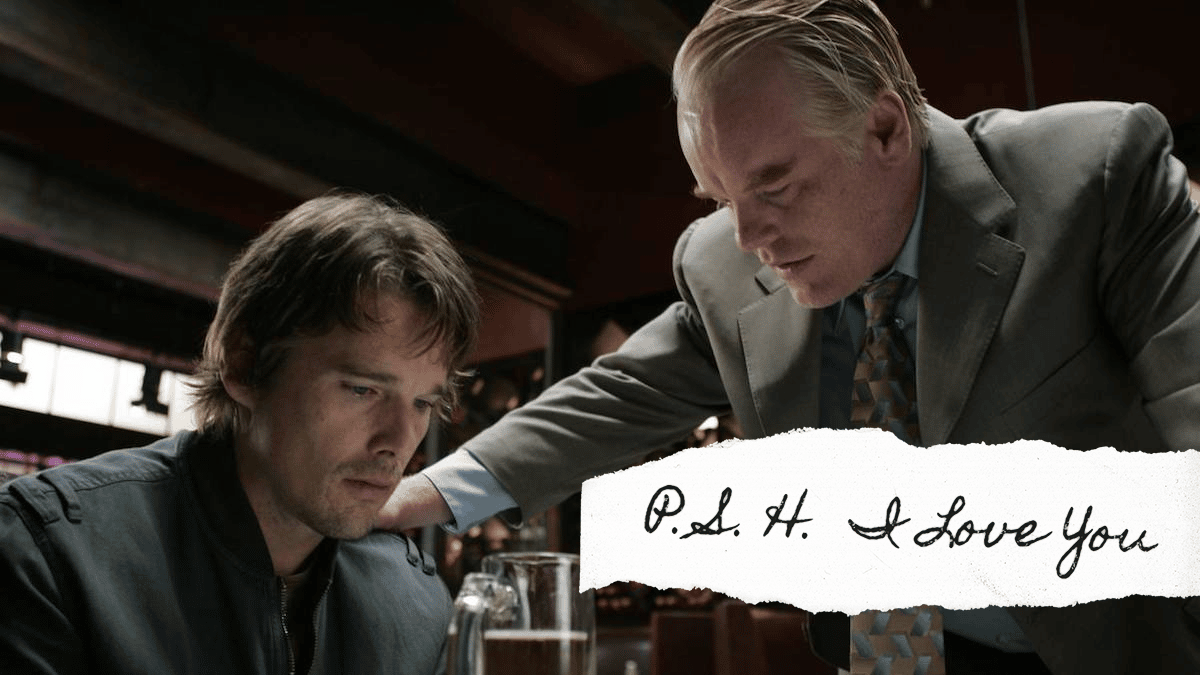 “My life—it, it doesn’t add up. Nothing connects to anything else. It’s—I’m not the sum of my parts. All of my parts don’t add up to one me, I guess.”

Do the pieces of Sidney Lumet’s Before the Devil Knows You’re Dead fit together? Its structure is as fractured and broken as its protagonist: Philip Seymour Hoffman plays Andy Hanson, a New York real estate agent with a broken marriage, a heroin habit, and an interest in extra-legal moneymaking to recover from his mountains of debt. His childhood appears to have been marked by unbearable, unspoken trauma, the man who’s grown out of it unable to put himself together.

Not that you learn all this immediately, as Kelly Masterson’s flamboyant screenplay confidently cuts between characters, in and out of chronological order. We open on Andy and his wife, Gina (Marisa Tomei), in a moment of—ahem—intense intimacy, and then we’re plunged right to the robbery-gone-wrong the film revolves around.

It’s one of those movies that excels at showing you just enough, thanks to thoughtful, efficient storytelling. We see the robbery in the first ten minutes, but we don’t know what it means until far later. Lumet is one step ahead of the audience the whole way, slyly setting up payoffs far before you realize what’s already in motion. The director (in his final work) recognizes that we’ll accept these melodramatic events at face value and suspend our disbelief when he adds shocking context later.

Without wading too deep into the waters of elitism, I think the then-82-year-old filmmaker was right when he referred to this material as “melodrama.” But as any Lorde stan can tell you, melodrama is hardly a bad thing. As his characters toss and squirm, Lumet adds layers of significance to each twist. First, we see that Andy’s brother, Hank (Ethan Hawke), is the robbery’s get-away driver. Then we learn about Hank’s relationship to Andy, and then Andy reveals that the brothers are trying to rob the jewelry store that belongs to their parents.

This design has the plot determining character instead of the other way around, a choice that would sink the film if not for Lumet’s cast. The performances impress across the board, including Rosemary Harris (Aunt May in the first three Spider-Man movies) as the gentle Hanson matriarch and the aforementioned Tomei (Aunt May in the current Spider-Man movies) as Andy’s spouse, who’s also having an affair with his brother.

Speaking of which, Hawke slides into his role as the meeker, pathetic younger sibling, a real inversion of his usual everyman charm. Albert Finney also makes a strong impression as their icy, distant father. On the whole, this is one of cinema’s most screwed up families, even before it’s revealed that the boys’ get-rich-quick scheme gave their aging mother a gunshot wound.

With a “perfect crime gone wrong” premise that would make the master of suspense proud, Before the Devil Knows You’re Dead is the type of thriller Hollywood rarely makes these days. The closest anyone has come lately would be Steve McQueen’s Widows, or maybe a Coen brothers picture determined to not have any fun. (Michael Shannon shows up towards the end, and it feels like he walked in from something Joel and Ethan were just shooting.) Lumet’s clean style emphasizes efficiency over virtuosity. I’m partial to the slightly exposed digital twinge, and scenes are made up of the minimum number of shots without the camera drawing attention to itself.

It may not have the flashiest Hoffman performance, but in no small part thanks to his work, the film finds itself somewhere between pulp and tragedy.

Almost everything happens in non-descript settings: grungy apartments, sterile offices, and concrete strip malls. The lifeless backdrops and white collar desperation of the first half evokes the 2008 financial crisis, though the film released a year before. But it’s in Before the Devil Knows You’re Dead’s back half where the doom truly sets in, as Lumet lets us get a little closer to Andy.

In the beginning, he’s constantly tightening his grasp on the people around him, so determined to have control over his environment. But after his scheme unravels, Hoffman sells Andy’s total shutdown, as he becomes a wasteland internally. This seems to be caused by both his guilt over his mother’s death as well as his father’s regular rejection of him. We never see this abuse, so it’s up to the actor to fill in the gaps. Of course, because he’s Philip Seymour Hoffman, we can track Andy’s trajectory from snarling and domineering to breakdown to cessation.

It’s all a bit too bleak to be considered enjoyable, and if there’s an issue that holds Before the Devil Knows You’re Dead back from true greatness, it’s that the cast has to breathe a lot of life these people with relatively little. Again, the script is driving the story, not so much the characters. Like The Irishman, it’s a movie from an aging master who’s still in top form. The pieces do fit together thanks to these actors and crisp direction. It may not have the flashiest Hoffman performance, but in no small part thanks to his work, the film finds itself somewhere between pulp and tragedy. 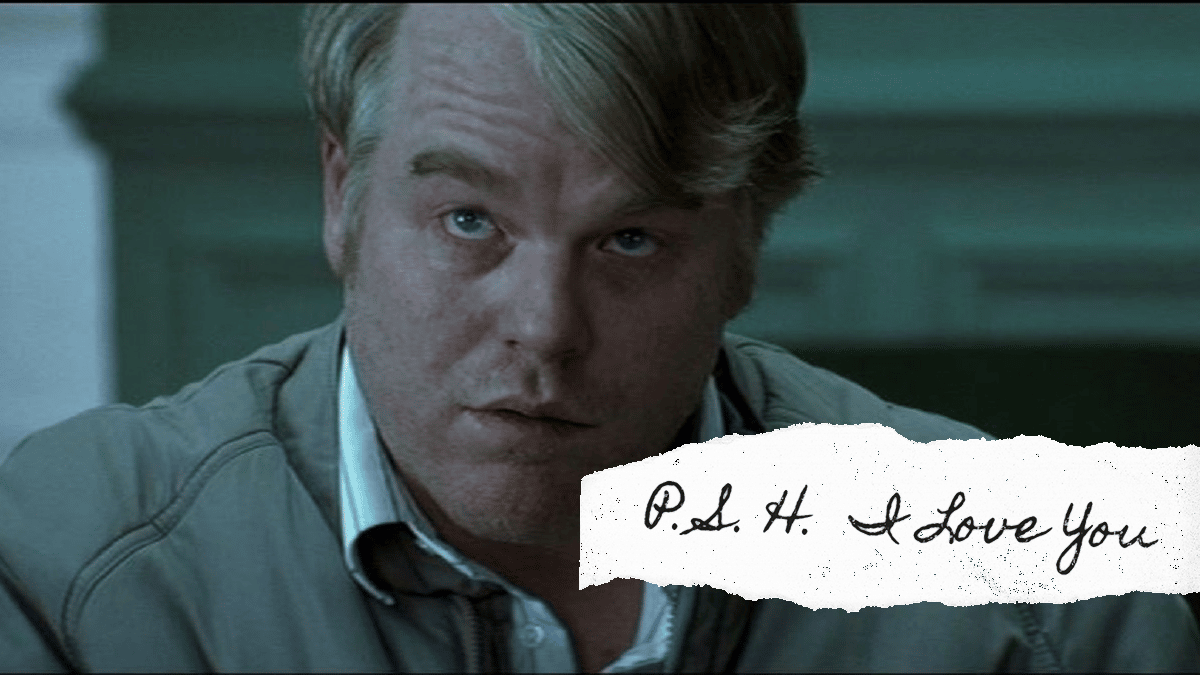 P.S.H. I Love You: Hoffman serves up sleaze in the middling “Red Dragon”

Try as he might, Philip Seymour Hoffman can't lend enough sleaze to Brett Ratner's Hannibal Lecter sequel to make it feel less like a bland retread. 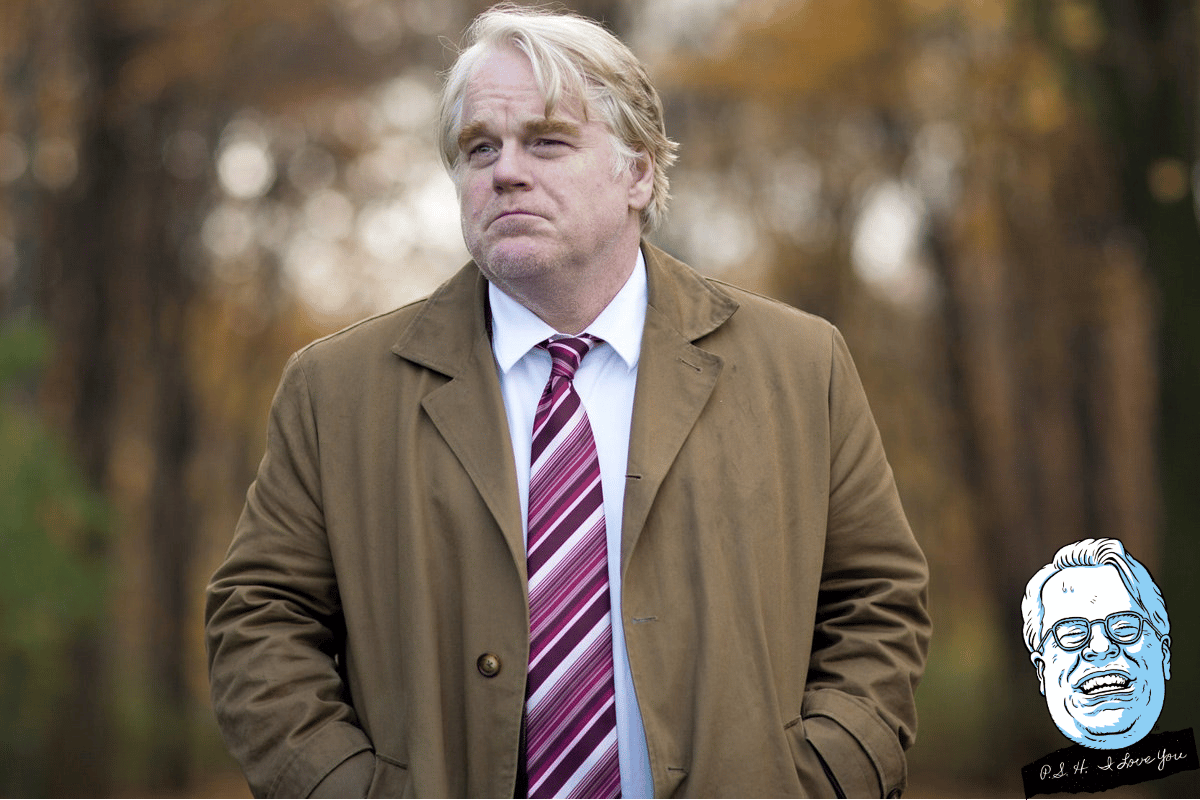