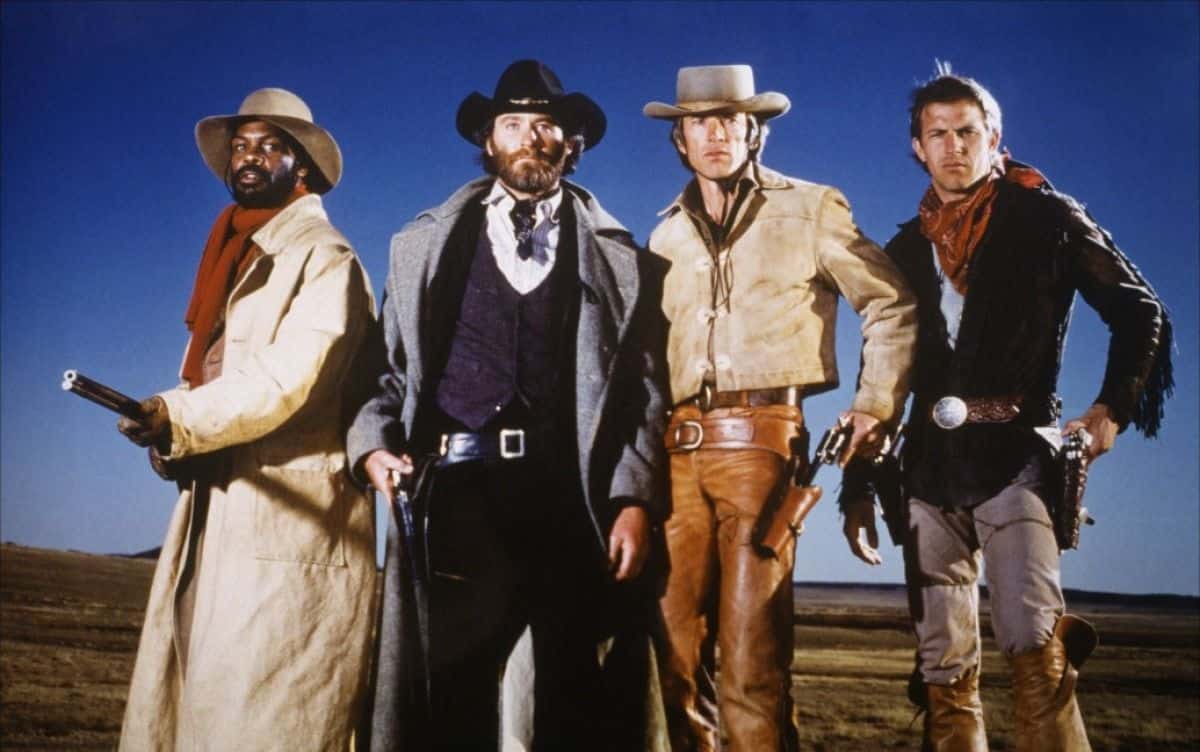 By the 1970s, the Western, once one of the most popular of American film genres, had fallen into a steep decline in commercial popularity. Although some instant classics were still being made, such as Sam Peckinpah’s Pat Garrett & Billy the Kid (1973) and Clint Eastwood’s The Outlaw Josey Wales (1976), they were becoming increasingly rare. What few Westerns did get made were either self-conscious meditations on the genre and its legacy (Robert Altman’s Buffalo Bill and the Indians, Arthur Penn’s The Missouri Breaks) or flat-out comedies like Blazing Saddles (1974). The road to Silverado, it seems, would be a rocky one to roam.

Oddly, the turn of the decade saw an unexpected revival for the genre that came to a quick end when none of the films, ranging from such delights as Walter Hill’s The Long Riders (1980) and the quirky Cattle Annie & Little Britches (1981) to disasters like Tom Horn (1980) and The Legend of the Lone Ranger (1981), succeeded at the box office. With the historic failure of Michael Cimino’s fascinating Heaven’s Gate (1980), many assumed that the genre was officially dead, the narrative tropes recycled into the newly ascendant vogue for sci-fi sagas.

It came as a surprise to many when a few short years later, the Western mounted an unexpected comeback. The first part of the year saw the release of a couple of comedic takes on the genre—Hugh Wilson’s singing cowboy spoof Rustler’s Rhapsody and Paul Bartel’s raunchy Divine-Tab Hunter-Lanie Kazan vehicle Lust in the Dust—and while neither one was particularly well-received, they were merely the undercard for an unexpected battle between two expensive, highly publicized Westerns going head to head in theaters that summer.

First out was Pale Rider, a riff on the classic oater Shane (1951) which marked Clint Eastwood’s first return to the genre that made him a star in nine years, just when he was finally beginning to be treated seriously as both an actor and as a director.

Following it into multiplexes a couple of weeks later was Silverado, produced by co-writer/director Lawrence Kasdan on the strength of his wildly popular screenplays for The Empire Strikes Back (1980), Raiders of the Lost Ark (1981) and Return of the Jedi (1983) and his first two directorial efforts, Body Heat (1981) and The Big Chill (1983). Of the two, the Eastwood film was the more popular at the time (it was the most successful Western of the decade) but has since faded from view a bit, especially after the release of Unforgiven (1992). Silverado, on the other hand, was a financial disappointment at the time, but its reputation has grown over the years thanks to new viewers discovering its peculiar, undeniable charms.

The film tells the sprawling story of a group of four men who find their destinies aligning as they come together to help right the wrongs in the frontier town of Silverado. After surviving an ambush in his isolated home where he kills three gunmen, Emmett (Scott Glenn) sets off for Silverado with a brief planned detour to Turkey to meet up with his wild brother Jake (Kevin Costner). Along the way, Emmett comes across Paden (Kevin Kline), who has been robbed and left in the desert to die. With nothing else to do, Paden joins Emmett.

When they arrive at Turley, they discover that Jake is about to hang for killing a man, albeit in self-defense. After Paden finds and kills one of the men who robbed him, the sheriff (John Cleese. . . yes, that John Cleese) locks him up as well. With the help of Mal (Danny Glover), who has just been unfairly run out of town by the sheriff, Emmett, Paden, and Jake escape and they all continue on to Silverado, even helping to guide a troubled wagon train along the way.

When they arrive, they find that the town is under the thumb of murderous rancher Ethan McKendrick (Ray Baker), who is trying to run the locals off their land so that he can use it for grazing, including Emmett and Jake’s sister and her family. Likewise, Mal returns to his family and finds that his father (Joe Seneca) had his homestead burned down and overtaken by McKendrick’s cattle.

As for Paden, he discovers that the corrupt sheriff of Silverado—who is also naturally in league with McKendrick—is old acquaintance Cobb (Brian Dennehy), who hires him to take charge of the gambling in the local saloon that he owns. Stella (Linda Hunt), the saloon’s owner, strikes up a friendship with Paden centered on their mutual mistrust of Cobb. Eventually, Paden, Emmett, Jake and Mal reunite to take on the combined forces of both McKendrick and Cobb in a final stand to bring justice to a town that has lacked it for so long.

Barroom brawls, jailbreaks, gunfights, crooked gamblers, stampedes, betrayals, revenge, canyons, leaping horses and a duel in the center of town at what might as well be high noon—Silverado has them all.

With the exception of The Big Chill, most of Kasdan’s films were projects that told stories inspired by well-known screen genres — adventure serials (Raiders), film noir (Body Heat), and the Tracy/Hepburn-style romantic comedy (Continental Divide). While entertaining, they sometimes felt less like organic narratives and more like compilations that hurtled viewers from one familiar narrative trope to the next. (Raiders was the most successful of these ventures, paying homage to a storytelling style that moved quickly from one setpiece to the next.)

In bringing Silverado to the screen, Kasdan and co-writer/brother Mark Kasdan had decades of ideas, images, and elements from past screen Westerns to choose from. Watching the final film, you get the feeling that they tried to pack every single one of them into its 132 minutes with a duck press. Barroom brawls, jailbreaks, gunfights, crooked gamblers, stampedes, betrayals, revenge, canyons, leaping horses and a duel in the center of town at what might as well be high noon—Silverado has them all.

To describe the result as “overstuffed” would be the understatement of several centuries. Indeed, one of the complaints that viewers had at the time was that Kasdan included all of these elements (and then some) but didn’t really explore what made them tick to any real degree. While Pale Rider went for a more revisionist take towards the genre, Silverado was more of a wholehearted celebration of it. Unfortunately, that left those who hadn’t grown up with such films out in the cold.

While the film as a whole may not quite be the classic Western it’s clearly aching to be, time has been kind to Silverado. Those watching it today—especially if they’re lucky to see it on the big screen, relishing cinematographer John Bailey’s exquisite compositions—are more likely to have a lot of fun with it. While Kasdan may have gone overboard at times, his love of the genre can’t be denied; you can feel the sheer enjoyment he must have felt bringing this story to the screen. At the same time, his story takes pains to center voices not often heard in Westerns of the past—Black people, women, and immigrants—without being heavy-handed. Kasdan also gets a lot of mileage out of his top-notch cast and the expert interplay that develops.

As it turned out, the film wound up being stolen by arguably the least-known of the major players at that time. Having famously cut him out of The Big Chill, Kasdan gave the part of Jake to Costner to make up for it, making for an inspired and charmingly off-beat turn that’s showy in all the best ways. Although it would be the one-two punch of The Untouchables and No Way Out that would make him a bonafide star, Costner’s presence here definitely put him on the map.

Because of the commercial indifference that Silverado received at the box office, plans for a Silverado II (which the film hints at in the closing moments) were soon abandoned. That’s probably for the best—considering everything that found its way in the first film, it’s hard to imagine there was anything left over for a second. (That said, a spinoff centered exclusively on the Paden-Stella relationship would have been glorious.)

Whatever its flaws, Silverado doesn’t have a revisionist bone in its body. It only wants to transport viewers back to a time when the mere sound of thundering hooves offered up the promise of excitement, adventure, intrigue, and even romance. In that regard, it more than delivers. 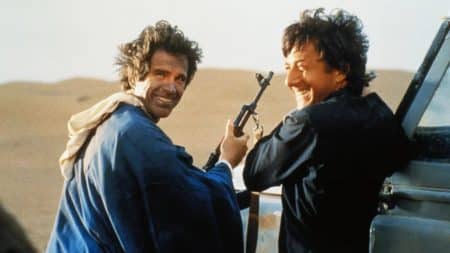 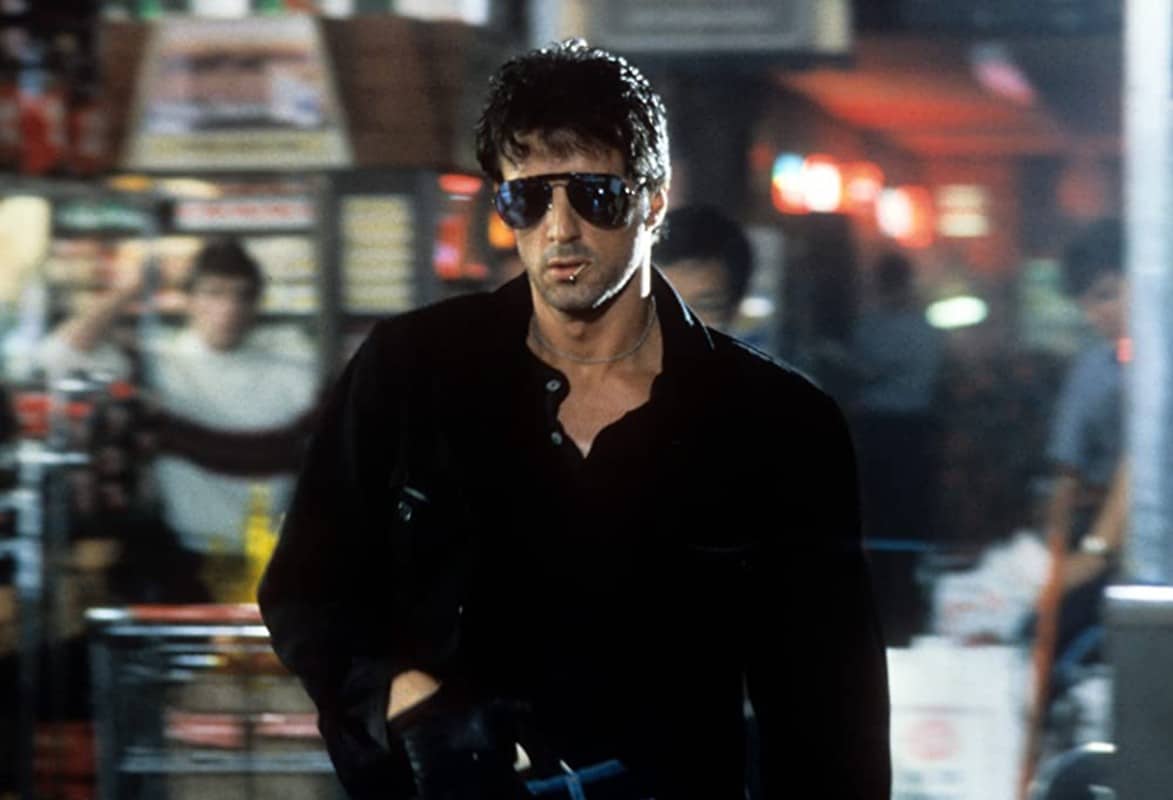