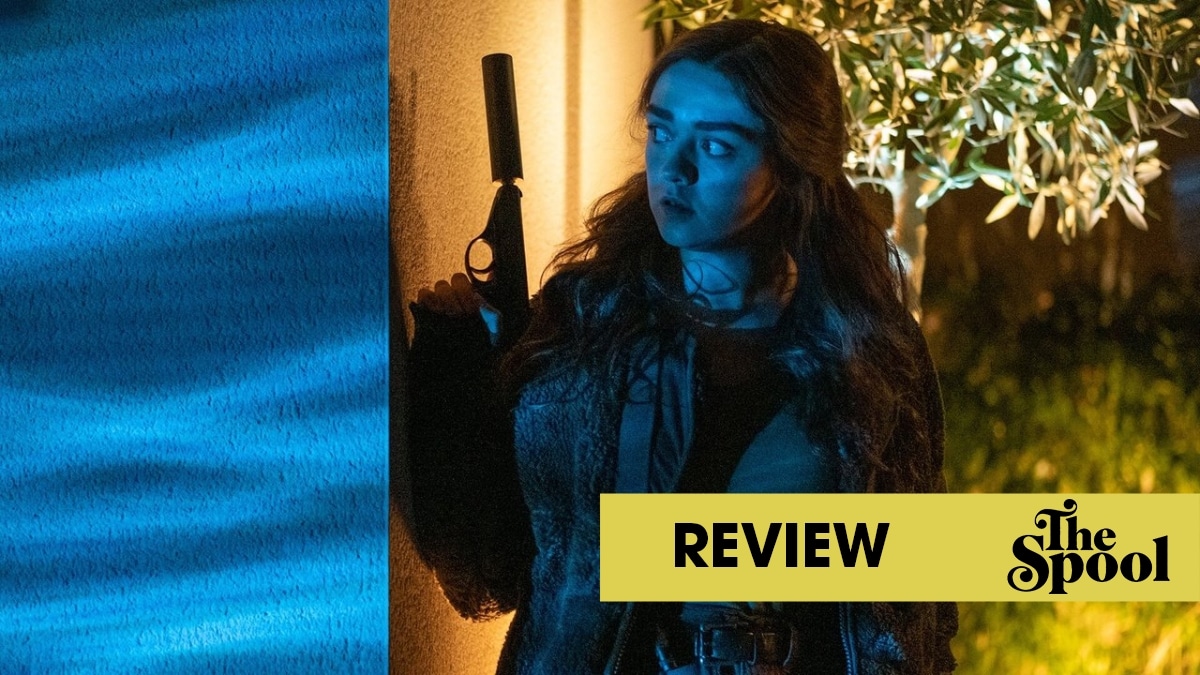 Maisie Williams is the primary reason to watch HBO Max’s black comedy series about a sheltered teen on a mission to avenge her father’s death.

Hanna, if the title character had never had a cookie, HBO Max’s new black comedy-action series Two Weeks to Live is a story about parental responsibility, lies, murder, and yes, cookies, built around a young woman’s quest for revenge. Created and primarily written by Gaby Hull, Two Weeks to Live aims for a “coming of age story with murder” but doesn’t quite get there.

Maisie Williams stars as Kim Noakes, a young woman raised off the grid in the wilds of Scotland. Kim’s mother, Tina (Sian Clifford), has raised Kim to be tough, independent, deadly, and…completely and utterly naive. Kim takes “anti-pollution pills” (breath mints) issued by her mother, believes that humanity will soon succumb to “another” outbreak of fish measles, and that her mother wrote “I Will Survive” as a birthday gift for Kim. She also handily dispenses physical punishment to wayward cafe owners and knows how to best dispose of a body.

Kim, anticipating the end of the world at any moment, has left the family hut (“It’s not a CAVE”) to seek vengeance for her father’s murder at the hands of crime boss Jimmy (Sean Pertwee). Her first real night out, she dresses up and heads to a local pub (the same pub where her parents had their first date) where she meets hapless brothers Jay (Taheen Modak) and Nicky (Mawaan Rizwan). After a meet-cute with Nicky, Kim fills the brothers in on her offbeat upbringing and her firm belief that the world will likely end soon. After last call, she joins the brothers at home, where Jay fakes a news report claiming nuclear war has broken out, in the hopes that Kim and Nicky will hook up “as the world is ending”. Faced with the titular two weeks to live, Kim flees, the brothers follow, and hijinks ensue.

Hijinks ensue because, well, since Kim thinks the world is about to end, she sees no reason to delay going to kill Jimmy. Though she’s successful at that task, it’s only the very first of the group’s problems, particularly after Jay steals a duffel bag of money from Jimmy’s house. Soon enough, Tina tracks her down and begrudgingly reenters the world she’d abandoned to help her daughter. Tina’s consistent frustration with the smallest annoyances of “modern life”, from cutesy wine mom wall hangings to men’s denials that they enjoy so-called “feminine” things is a consistent delight.

Two Weeks to Live aims for a “coming of age story with murder” but doesn’t quite get there.

The unlikely quartet works together when mysterious associates of Jimmy’s, Brooks and Thompson (Jason Flemyng and Thalissa Teixeira), come to locate his murderer and the missing money. Much like previous export Hitmen, murder and mayhem play for laughs a lot in this series, particularly once Brooks and Thompson come into play.

The six episodes tell a fairly straightforward story without too much filler, though Jay’s subplot about wanting to keep the stolen money and his relationship with girlfriend Beth (Kerry Howard) falls flat. Jay works as a double act with his brother, his home life travails are neither here nor there. Even as they affect the rest of the plot, they’re easily the weakest part of the series. Same too for a recurring bit where Thompson uses a vape pen and Brooks coughs. We get it.

The strongest performance clearly belongs to Maisie Williams. Williams gets to embrace the best parts of her previous girl assassin experience whilst getting to be a confused and heartbroken real person. At pivotal emotional moments, such as Kim learning at the supermarket that her pills are fake and “I Will Survive” was not by Tina, Williams gives it her all, and it works. Seeing someone’s entire belief system crumble, even when that system has been based on gaslighting and lies, is a hard thing and Williams plays big revelations and smaller betrayals with heartbreaking realism.

Unfortunately, many of the big revelations come out too late in the series, when there’s little time to digest them, making the final episode fall flat. The ending leaves room for a second season but doesn’t quite stand on its own, hurting the series as a whole. With only six episodes, you can’t be precious with your twists, and Two Weeks to Live keeps too many of them too close until it’s too late. Two Weeks to Live is an excellent Maisie Williams showcase, but it doesn’t stay with you.

Two Weeks to Live is now streaming on HBO Max.