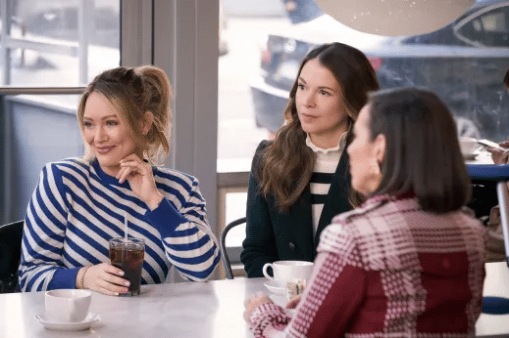 There’s plenty of backstabbing as the board is set for a Kelsey vs. Charles showdown.

It’s been back to back episodes of mounting anticipation as Younger prepares for its forthcoming gender war. While the majority of ‘The Unusual Suspect’ appears to focus on the escalating battle of wills between Kelsey (Hilary Duff) and Millennial benefactor Quinn (Laura Benanti), the few scenes that feature Zane (Charles Michael Davis) and Charles (Peter Hermann) are loaded with mystery that tease a not-so-shocking revelation that drops at the end of the episode.

Despite my concerns last week that Quinn was being shown the door, she’s still hanging around this week. The action has leapt forward in time; the episode opens with the reveal that Quinn’s book has been on the New York Times bestseller* list for three weeks and the Senate hopeful is riding high (read: she’s gloating to Kelsey and Sutton Foster‘s Liza).

There’s an asterisk, though. As Kelsey and Liza brainstorm a solution to shift the narrative away from Claw‘s surprising success, they discover the real reason behind Quinn’s sales. The unsavory truth is that the book is being propped up by “bulk” sales, a notorious (and real) trend that publishers use to swindle their titles onto bestseller lists.

The players are now in position and the real battle is about to begin.

In real life, books need to sell somewhere between 5k – 10k to make it onto the bestseller list, which has the advantage of not only boosting sales, but also potentially nabbing authors lucrative movie deals and larger advances for their follow-up efforts. Bulk buying is a way to game the system, but as Younger clarifies, it comes at a price: Quin has been using company funds to make the purchases, the social media chatter is traceable back to Chinese bots and, most significantly, Millennium‘s reputation has taken a nosedive thanks to a damning dagger icon (denoting bulk sales) on the Times list, which is basically a blinking indicator of fraud in the publishing world.

Kelsey’s strategy – disclosing Quinn’s political ambitions as justification for the bulk sales – is ingenious because it accomplishes two things at once: 1) it maintains the facade of a publisher that supports its author without throwing Quinn “under the bus” and 2) it forces Quinn’s hand, because she will, in all likelihood, need to leave immediately to focus on her campaign.

Alas, by this time Kelsey and Liza’s efforts to secure a sophomore follow-up in the form of a true crime tell-all by potential murderess Audrey Colbert (Scream‘s Willa Fitzgerald), has already fallen through due to the bad press. Naturally the publisher that scooped up the juicy property (for the astronomically high sum of $800K!) is none other than…new upstart Mercury, which is being fronted by Zane. And judging from Liza’s knowing look at the end of the episode, she’s already figured out that the loan documents she spotted at Charles’ place make him the deep pocketed financier backing Zane.

All this to say: the players are now in position and the real battle is about to begin. 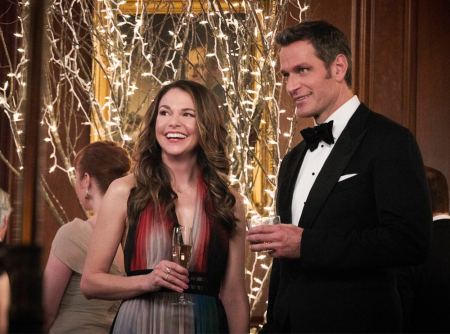 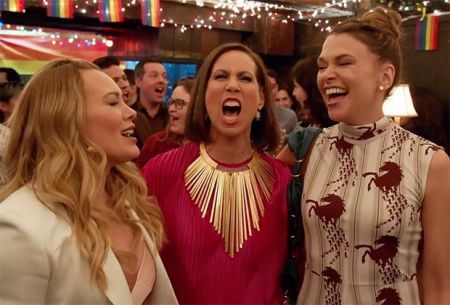 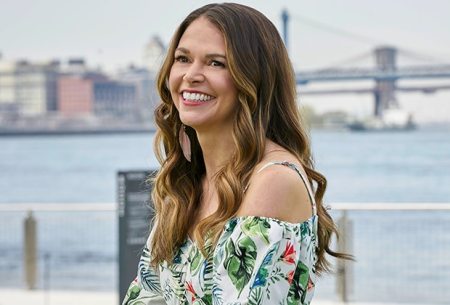 The company is hit hard in the wake of Liza's "outing".