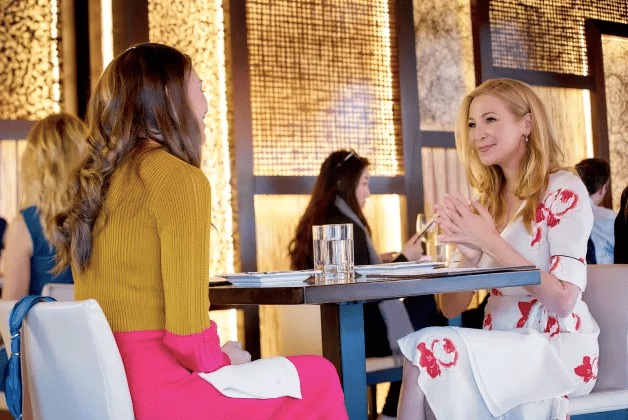 Liza’s secrets are laid out for the world to see thanks to Charles’ vengeful ex-wife.

It’s a good thing that Jennifer Westfeldt seems delightful in real life because in the world of Younger, her character Pauline is undoubtedly the show’s most hissable villain.

Remember how, for the last few reviews, I’ve been wondering where the conflict for the remainder of the season would come in the wake of the resolution Charles (Peter Hermann) and Kelsey (Hilary Duff)‘s battle for publishing supremacy? Last week it seemed as though it would come from Zane (Charles Michael Davis), whose bad behaviour made him an unbearable nuisance around the Millennial offices. It turns out that the reality is a little more personal; it turns out that egotistical Zane has nothing on Pauline.

What’s surprising about “The Debu-taunt” is not that Pauline is a selfish hysteric who makes everything about herself, but rather how much the episode reveals that Liza (Sutton Foster) is a big ol’ mattress. The newly promoted editor who has spent six seasons carving out a new career path, chasing down her dreams and nabbing not one, but TWO super hot guys, basically spends 22 straight minutes being taken advantage of and apologizing for everything wrong in other peoples’ lives.

The ball gets rolling early on when (exhibit A) Liza drops off some materials for Charles’ daughter at the school because he’s running late. While there, she runs into Pauline (Westfeldt), who ropes her into both (exhibit B) joining the pick-up list and (exhibit C) a lunch date. The latter is totally forced labour, while the latter exists so that Pauline can give her a backhand compliment and secure free editorial advice despite having new editors who are paid to do that.

…with that, Pauline joins the ultimate hall of fame villains. It’s Nazis, followed by the Joker from The Dark Knight and now Pauline Brooks from Younger.

Liza at least partially reciprocates by securing Pauline’s attendance at the (frankly ridiculous) Debutante Ball that Publisher’s Weekly throws (a new event that has literally never been spoken of before now…six seasons in). Of course, the ball is merely a good narrative ploy to give Pauline a massive public forum in which to throw Liza under the bus after she learns Liza’s real age from the nosey receptionist at the school. And so, in just a few scenes, Pauline – under the guise of being “betrayed” by Liza and Charles – outs Liza to the entire industry simply because the massively successful author feels that she’s been wronged (again).

And so, with “The Debu-taunt”, Pauline joins the ultimate hall of fame villains. It’s Nazis, followed by the Joker from The Dark Knight, and now Pauline Brooks from Younger.

The aftermath is fascinating, though. At times it seems as though Younger has forgotten its original premise because so many of the characters know Liza’s dirty little secret. As a result, Pauline’s bombshell is really only shocking to secondary characters like Zane, Lauren (Molly Bernard) and…Diana Trout (Miriam Shor).

I’ll confess that I had completely forgotten that the glorious matriarch of Millennial was still out of the loop, so the audacious decision to dedicate the entire last act of “The Debu-taunt” to Liza making amends with Diana (exhibit D) is a pleasant and heartfelt surprise. In many ways, the evolution of their relationship – from contentious boss/employee to brief romantic rivals to friends – has been one of Younger‘s most meaningful arcs, especially if you consider their similar but distinct journeys towards professional success.

Hopefully, now that Liza’s secrets are all out in the open, the writers will lean into the fact that the two women have more in common now than ever. 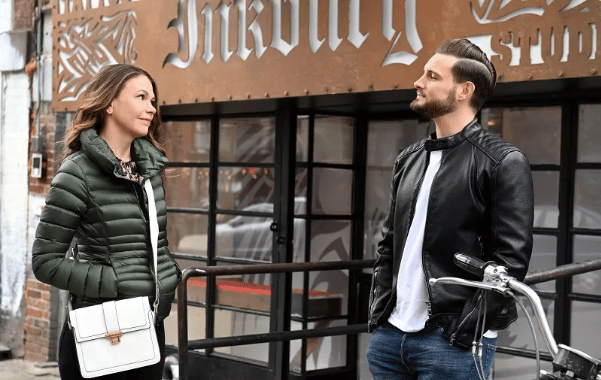 Younger Recap: Marriage and Moving On in “Friends With Benefits”

The rivalry between Millennial and Mercury may be over, but the friction has only just begun. 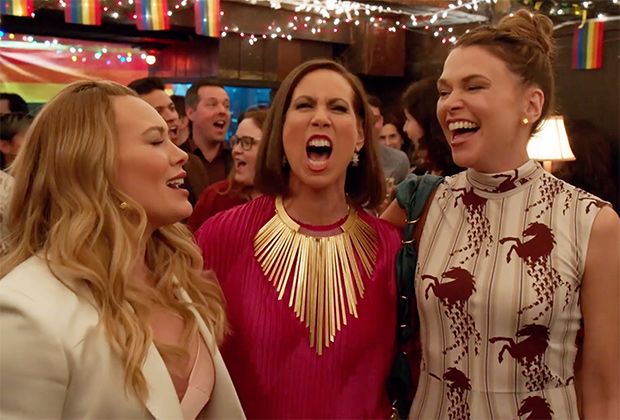 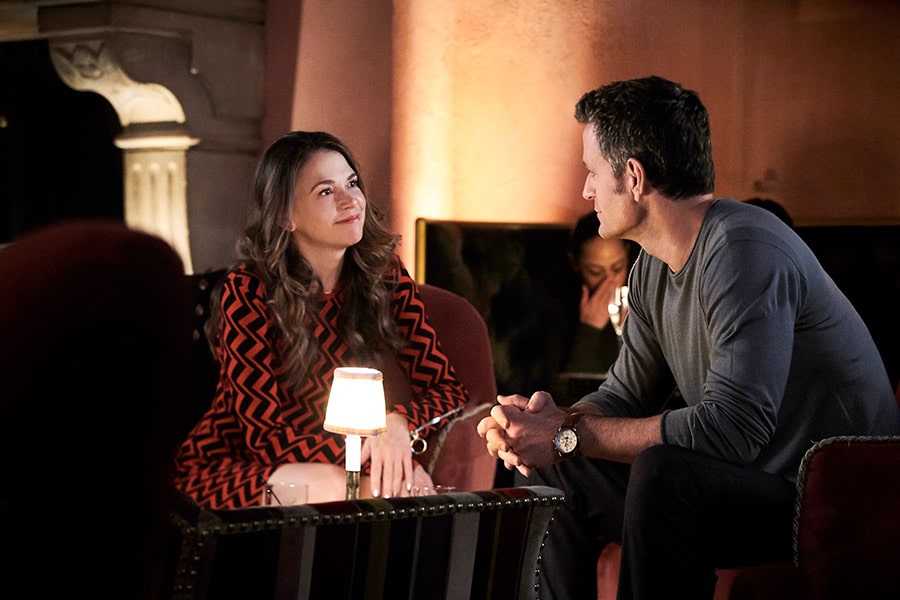 A drug-infused weekend retreat brings resolution for Charles and uncertainty for Liza.