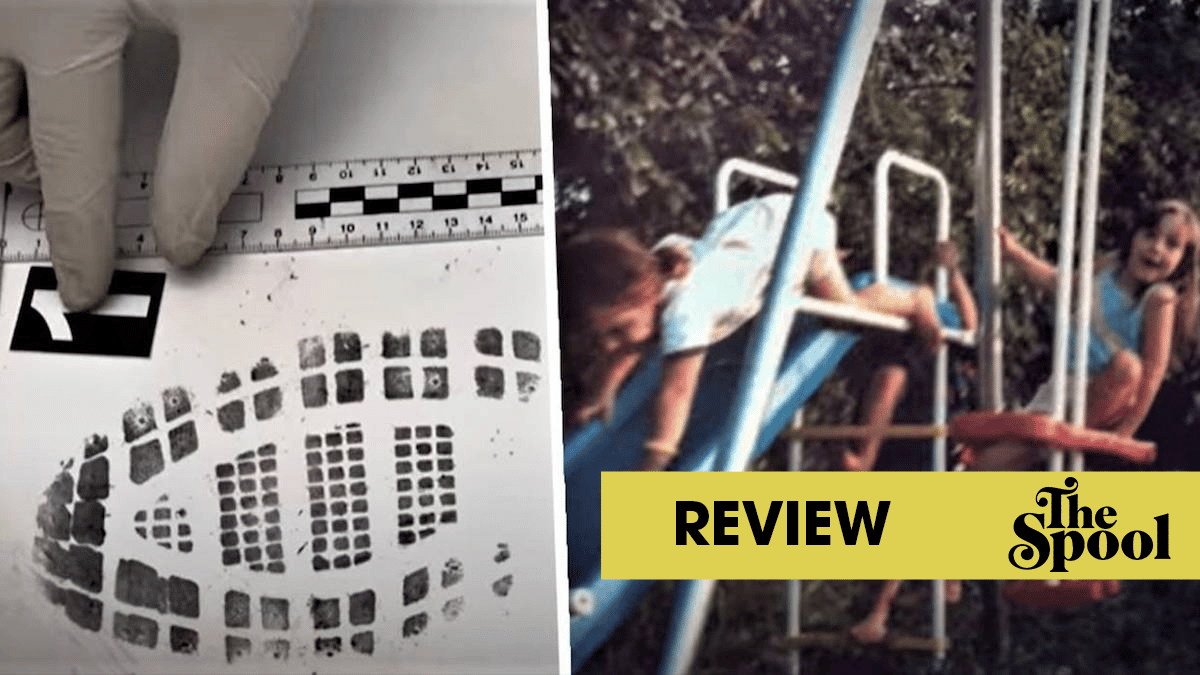 The long-running true crime program gets a reboot to examine more murders in a slicker, but emptier, package.

Granted, hings look a bit different this time around. There’s no host (though eagle-eyed viewers can catch the ghostly visage of Robert Stack in the credits sequence). Rather than episodes with a number of segments, this new version dedicates each episode to a single case. Some viewers may see it as a cynical cash grab, banking off of America’s True Crime fever and quarantined audiences in need of nostalgic comfort viewing. However, a few moments of the first episode should be enough to convince even the most skeptical viewer that this is not their mother’s Unsolved Mysteries.

While the original score has been kept and updated, the new series bears little resemblance to its progenitor. The cheesy reenactments have been replaced with softly out of focus dramatizations, sharp drone shots, and slick graphics. Each episode features interviews from family and friends, law enforcement, and, in one chilling example, the prime suspect.

Beyond the surface differences, audiences will notice that the major deviation is that the majority of the cases revolve around murders or deaths. While there is one “Unexplained Phenomena” episode wedged in near the end, the new Unsolved Mysteries would have benefitted from choosing either to adhere to a handful of episodes of unexplained deaths or give more variety. As it is, the aforementioned episode seems somewhat frivolous and out of place among the grieving families of murder victims.

The cases themselves are compelling at the moment but not memorable after the fact, despite a few exceptions. Perhaps that’s why this show is getting a new home on Netflix, to remind the public of the less glamorous cold cases still begging for closure. The standouts from the six episodes made available to critics are “Horror House,” the story of Xavier Dupont de Ligonnès; and “Missing Witness,” which revolves around the disappearance of a young mother and has the same Ozark noir feel of Winter’s Bone.

The story of Xavier Dupont de Ligonnès—a noble Frenchman who killed his wife and four children before disappearing in 2011—is filmed on location in Versailles and is entirely in French. There have been more in-depth and interesting coverages of this case by true crime podcasts Casefile and Corpus Delicti, but actually seeing Xavier Dupont calmly withdrawing cash after brutally killing his entire family lends a certain weight that a podcast, no matter how well-produced, just cannot replicate.

The cases themselves are compelling at the moment but not memorable after the fact, despite a few exceptions.

Then there’s “No Ride Home,” which explores the unexplained death of 23-year-old Kansas man Alonzo Brooks, a Black man in a predominantly white (and notoriously insular) town. With Black Lives Matter at the forefront of trending news, it would have behooved producers (including Stranger Things’ Shawn Levy) to put Brooks’ story first in the episodic lineup rather than buried somewhere in the middle. All clues to Brooks’ death point to a racially motivated crime and a botched investigation by a disinterested police bureau. In today’s sociopolitical climate, it’s a story that can’t afford to be buried.

But while Unsolved Mysteries now looks and feels like the show the original series always wanted to be, viewers hoping for some flavor of the original recipe will ultimately be disappointed. The hokey charm that made the original so memorable has been replaced with a crisp presentation that lacks the warmth of the original. One can hope this revival leads to new information in some of these cases—maybe not “Berkshires U.F.O.”—but for simple true crime viewing, Unsolved Mysteries is unlikely to have the staying power of its predecessor.

Unsolved Mysteries is now on Netflix.