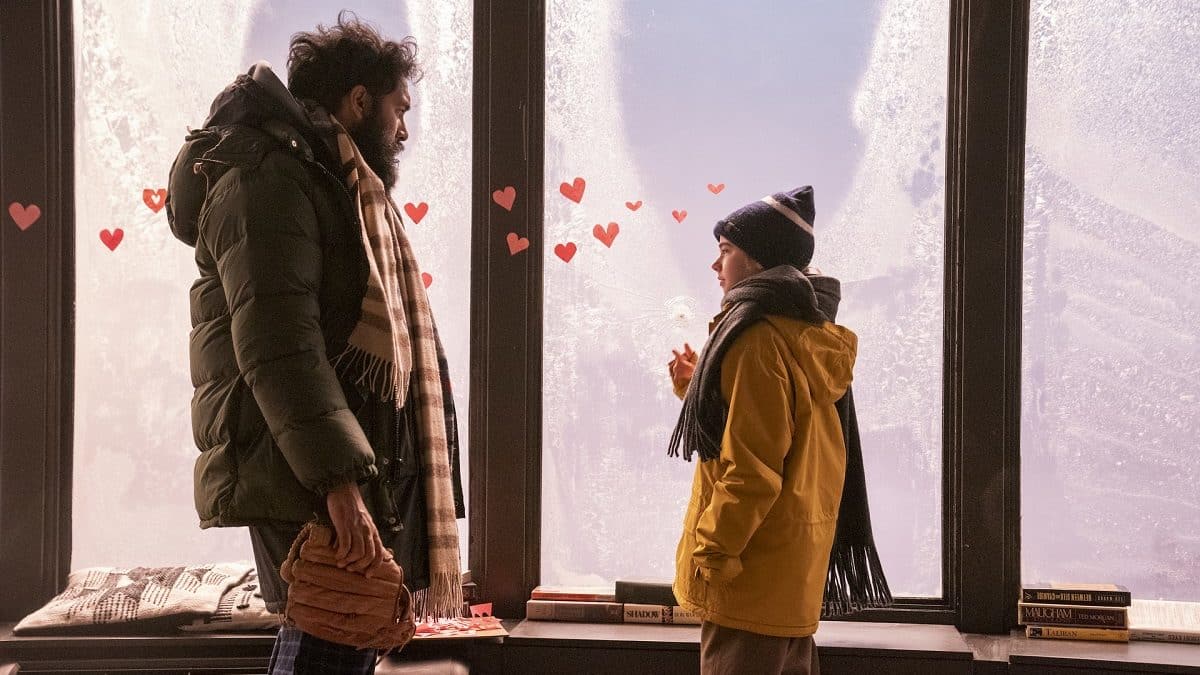 When Station Eleven by Emily St. John Mandel hit shelves in 2014, it was a standout in science-fiction. HBO’s adaptation can’t help but hit differently in 2021. It’s a post-apocalyptic tale about what’s left of the world after a deadly flu ravages the populace. The parallels to current events are glaringly obvious.

But the timing of its release feels a little serendipitous. With multiple vaccines and the lifting of air travel restrictions, we may actually have the mental bandwidth to engage with material that reminds us of the horrors of the last two years. That said, as challenging as some moments in the series may be, dragging viewers into a pit of despair doesn’t interest showrunner Patrick Somerville (The Leftovers, Maniac). If anything, Station Eleven is shockingly hopeful.

It’s also not a series interested in staying rigidly faithful to its source material. Instead, Station Eleven keys into the book’s core: it’s an exploration of civilization and society—what they mean, what’s worth preserving about them, and, more importantly, what should be left behind. It’s also about survival and what living is about beyond just surviving, the aspects of life that make the struggle worthwhile. Each character helps answer that question differently.

Kirsten (Mackenzie Davis), a child theatrical performer before the plague turned Shakespearean actor, remains deeply traumatized by her past. Jeevan (Himesh Patel) finds himself drifting through life until the end of the world demands more of him. The Prophet, however, is a deeply disturbed young man turned cult leader who thinks there’s nothing about the past worth preserving in this decimated new world. And then there’s Miranda (Danielle Deadwyler), author of the sci-fi graphic novel that somehow binds them all together.

The series shifts its focus among all of these characters and more and through several different timelines. We meet many of them in three critical periods: before the plague, during the first year of the pandemic, and the present, 2040—20 years since the outbreak. If this is all starting to sound a little complicated, you’re not wrong. The show is juggling a lot, and it isn’t without its missteps.

Luckily, the casting is working hard in the show’s favor. Mackenzie Davis brings vulnerability and empathy to the grown-up Kirsten. A host of incredible character actors pop up as part of her makeshift family, including Lori Petty (Tank Girl) as her acting troupe’s composer and David Cross as their former director. In the most inspired bit of casting, Gael García Bernal plays a famous actor in the before-times Arthur Leander. He acts as yet another unexpected bond between the unlikeliest of people.

But the real standout is Himesh Patel (Yesterday, Tenet) as Jeevan, the aimless millennial forced into the role of leader by the pandemic. Patel’s seemingly effortless naturalism has him stealing nearly every scene he’s in. His awkward mannerisms help sell a few of the funniest lines in the entire show, as well as some of its most moving moments of tenderness. Every time he’s not on screen, I found myself on edge waiting for his return.

To manage the multiple timelines and perspectives, the show employs a host of tricks to varying degrees of effectiveness. Audio layering does much of the heavy lifting here, helping to tie scenes and characters together across the years. When it works, it’s responsible for some of the show’s more emotional moments. When it doesn’t, it muddies the scenes to the point of confusion. In fact, the show’s worst tendencies are all of a similar piece: textural artifice and style distract at the expense of emotional clarity. Thankfully, the show is in enough capable hands. It lands many of its most pivotal moments, so it’s easier to forgive these stumbling blocks.

Every episode is working to bring you to the same place; one where you’re left holding onto the moments of humanity instead of horror. While some episodes are more successful than others in achieving this, Somerville’s adaptation both does justice to the heart of St. John Mandel’s novel and builds on it to create something well worth tuning in for each week.

Station Eleven takes its act on the road December 16th on HBO Max.