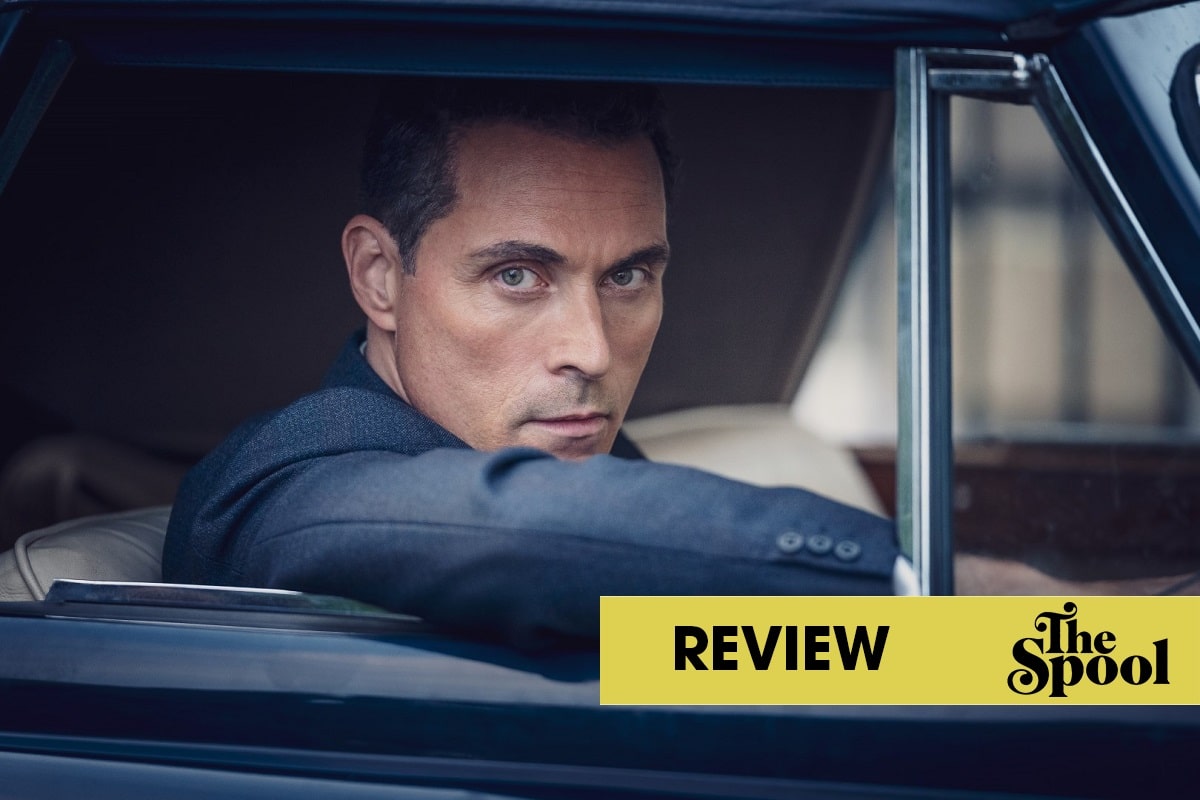 The dreary insistence of death permeates every fiber of The Pale Horse, a new mystery miniseries from BBC arriving on Amazon Prime Video this Friday the 13th, if you dare. Composed of just two hour-long episodes, The Pale Horse is a loose adaptation of the 1961 detective novel by Agatha Christie, one of her final works. To adapt the story’s complex web of intriguingly dark characters, Sarah Phelps (EastEnders) innovates the material through clever addition and subtraction, while maintaining the harrowing spirit of Christie’s pen.

Set in 1960s London, The Pale Horse follows the stoic Mark Easterbrook (Rufus Sewell), a rich antique dealer whose wife Delphine (Georgina Campbell) tragically died a year prior. Though she haunts Mark at seemingly every moment he’s not awake, the aging socialite has already taken in a new young wife, Hermia (Kaya Scodelario), who appears to have a more violent temperament hidden beneath her cold, pristine exterior.

It’s not long before a string of coincidental deaths and unexplainable occurrences begin to take shape all around Easterbrook. The woman he’s been cheating with dies mysteriously and suddenly in her sleep and the seemingly unrelated death of a shopkeeper turns up a list in her possession with his name on it. Bewildered by the stink of death all over him and now his world of friends and acquaintances, Easterbrook sets out on a personal investigation to discover what’s really happening, all while being hounded by the unrelenting Inspector Lejeune (Sean Pertwee).

Compared to the novel, Phelps’s take on the narrative is a leaner and fittingly paler beast that hurries on right to its stunning conclusion. There’s no Ariadne Oliver character to tie this in with Christie’s other stories, and the plot has a clear sense of what makes an unflappable man like Easterbrook tick, often frustratingly so due to how well Sewell plays the character so despicably and yet amicably when needed.

The downside is that the series never dabbles much with novel metaphors — though the obvious Biblical ones are thankfully reduced to obligatory mentions — relying instead on superficial twists and turns to entertain. The filmmaking itself ranges from passable to slightly above average, with impeccable costume design to boast, but not much in the way of dynamic photography or overall production design serving the generally cloudy atmosphere, outside of a few particularly well-staged dream sequences worth nightmaring about. Christie wrote this story in the 1960s for a 1960s audience, and though Phelps does much to reinvigorate the story with a fresh perspective, there’s never quite the feeling she’s succeeded in saying something all that new or compelling.

An exception to this problem, however, is the essential rewrite for Hermia, who has a far more memorable role as the doting wife unable to penetrate her husband’s aloof nature. Her frequent daydream-like outbursts turn an otherwise thankless character into the show’s highlight, along with a blistering soundtrack that should be far more grating in its repetition than it actually is. Like the characters on the screen, we’re constantly being pounded by the harmful melody reminding us of, you guessed it, the coming death we all anticipate on some level.

The Pale Horse is a cautionary tale, but not a moral one.

There’s a real energy and tension to how Easterbrook sees his own demise as an inevitability, along with his inability to do much about it beyond denial and a scramble for truth. The literal loss of his hair, the discovery of various voodoo trinkets, and a trip to the creepily Wicker Man-esque village of Much Deeping; it all points to the same conclusion the audience faces as well: death lies just around the corner, and you can never quite see it coming. But what’s potentially worse than dying is dying without knowing why.

In some ways, The Pale Horse assumes the why of its central mystery as just that. A mystery, both ambiguous and clear-minded when it comes to providing satisfying answers. But Christie likely wouldn’t have it any other way if she were currently alive to see another writer employing her dastardly sandbox. Like life, death doesn’t have the luxury of being fully understood or reckoned with. The ending, which dare not be spoiled, might split some audiences who disagree on this conclusion, especially when it comes to the role of justice, karma, or any other societal construct one might believe in morally.

And that’s just it. The Pale Horse is a cautionary tale, but not a moral one. Its characters’ failings are not meant to prop up the world around them, but instead showcase how they poison and deconstruct the lives of people who deserve far better, without ever reveling in this collateral destruction. Phelps clearly has some keen ideas about the ways stories inform justified killing, specifically in the slippery slope of what happens when some people of privilege get to decide who else deserves to live or die. For folks in any society, whether it’s 1961 or 2021, that’s the real curse worth worrying about. 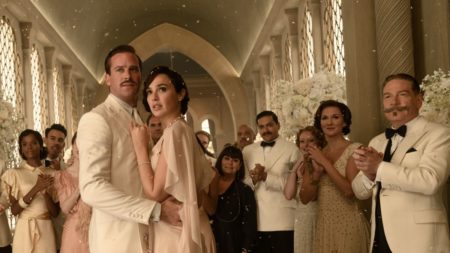 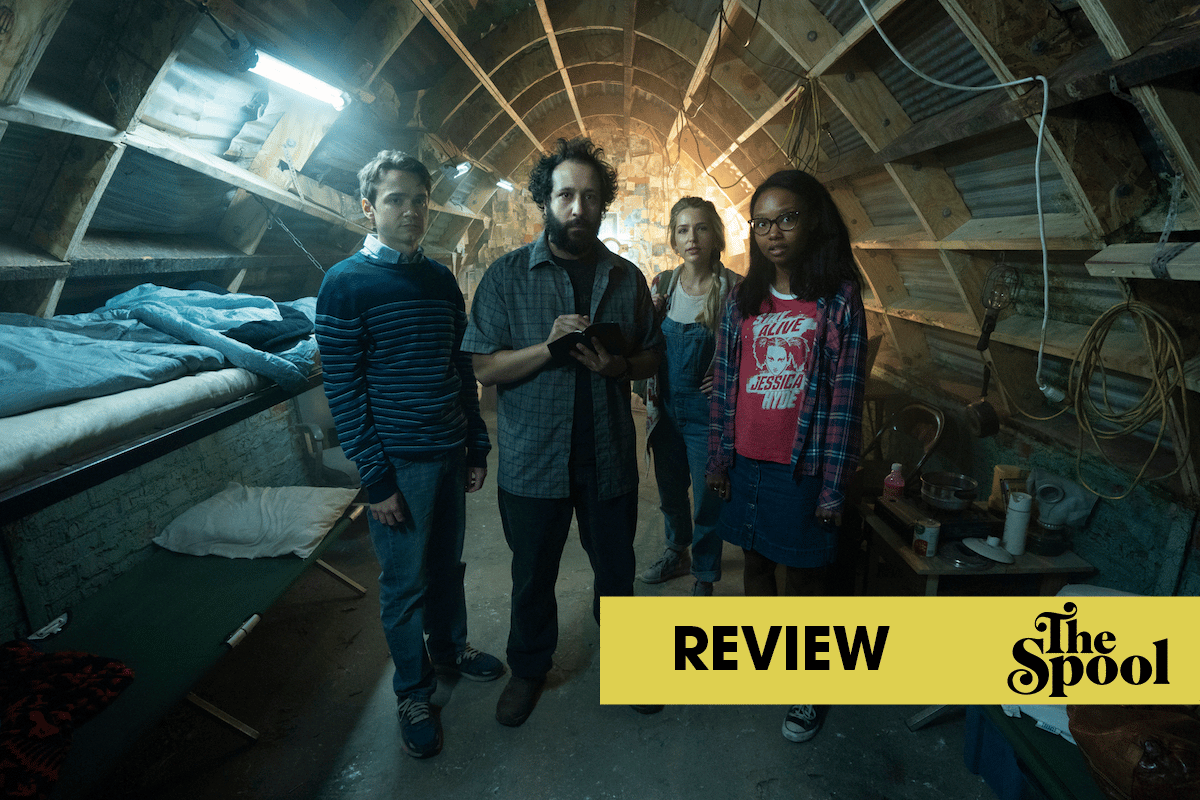 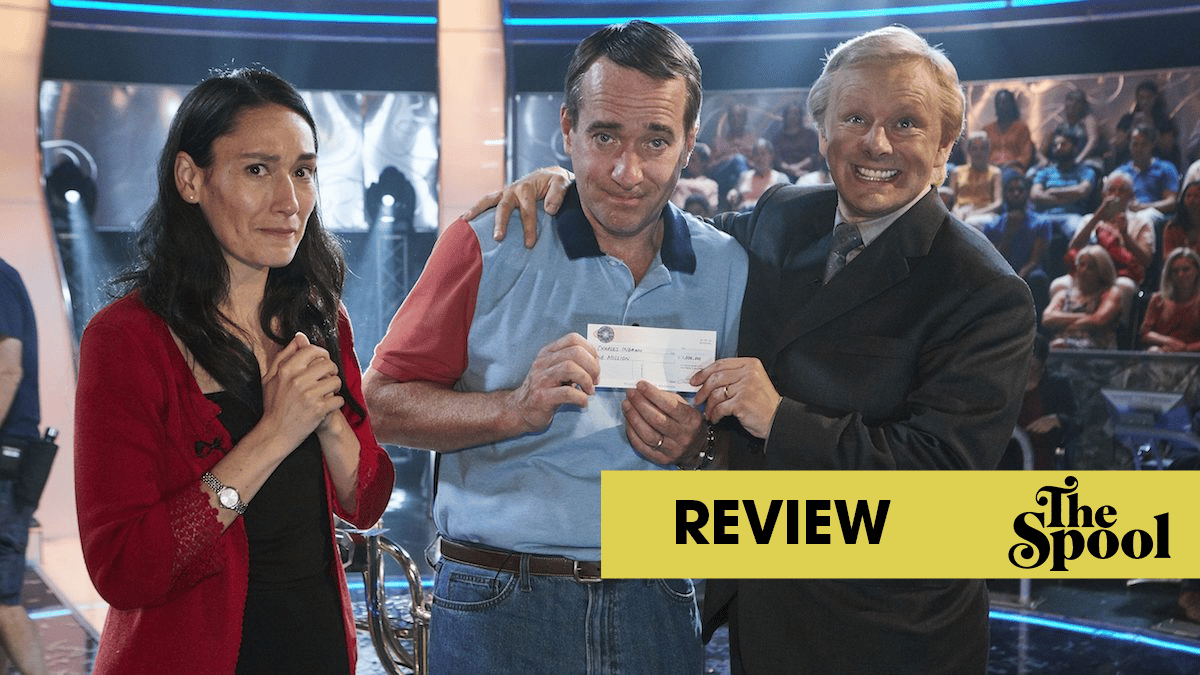 “Quiz” asks who wants to be a millionaire, and who will lie to get the prize

Stephen Frears' new miniseries is a deft three episodes that shifts perspectives and plots with ease, even if it doesn't completely pay off.