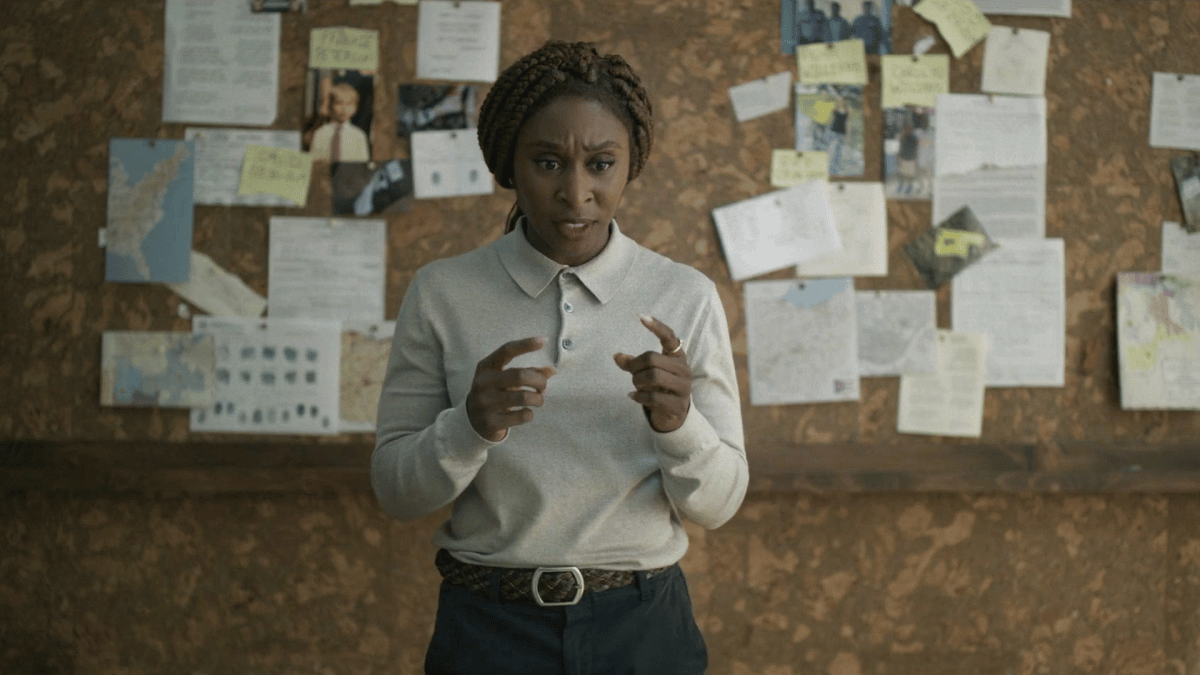 Funnily enough, I came away from the latest episode of The Outsider, “The One About the Yiddish Vampire” thinking not about shape-shifting otherworldly beings, but how terrifying speaking in front of an audience is. No matter how confident you feel about the material you’re presenting, the minute you realize at least some of the audience isn’t on board with it, the air seems to be sucked out of the room. When that happens, you come away from it deflated, dejected and, worst of all, suddenly unsure that you know as much you think you do. This standout episode, directed by Karyn Kusama (Jennifer’s Body, Destroyer) and written by Jessie Nickson-Lopez (Stranger Things), focuses on the terror that comes when you’re forced to question not just your own perception, but everything that seems real and logical to you.

“The One About the Yiddish Vampire” opens with the unflappable Holly (Cynthia Erivo), whose car broke down in Dayton, Ohio at the end of the last episode, hopping a bus to Granite City to finally meet Ralph and the others for the first time. There are signs that the case is starting to get to her, however, particularly concerning what role Tracey Powell (Dez Ryan), the young man she encountered at Heath Hofstetter’s grave, plays in it. According to Detective Andy (Derek Cecil), not only were Tracey and Heath cousins, but Tracey knew the girls Heath supposedly murdered. Holly is starting to realize what the audience already knows, that the Grief Eater might be using other people to set its nefarious plans in action. The idea leaves her shaken, as does a nightmare about Tracey that almost results in the bus crashing.

Meanwhile, as if in preparation for Holly’s arrival, Ralph (Ben Mendelsohn) seems more determined than ever to find a logical explanation for everything that’s happened. He’s practically gaslighting Jeannie (Mare Winningham) — not intentionally, but still — into thinking that the person she saw, and the person Merlin saw in the parking lot stealing the van aren’t at least similar in some way. Jeannie, offering some of her son’s old toys to sweeten the deal, visits Jessa (Scarlett Blum) to get a description of the man she saw, determined to figure it out on her own.

While Glory (Julianne Nicholson) seems to be surviving on unfocused, simmering rage, Terry’s daughters are clearly struggling, wandering around the house in silence like survivors of a war, Jessa whispering into older sister Maya’s ear instead of speaking for herself. The Grief Eater is feasting well on the Maitland family, and it’s only a matter of time before it demands more of them, just like it did Frankie Peterson’s family.

If the Grief Eater wasn’t aware of Holly’s presence before, it is now, thanks to Jack (Marc Menchaca), who’s tasked by Ralph to pick her up at the bus station. Jack is so clumsy about pressing Holly for information it’s a miracle he ever managed to solve any cases as a police detective. He’s all feral grin and empty eyes, and Holly sees right through it, suspecting something is amiss and telling Jack “You look like you’re going through some kind of hell.” Jack laughs it off and claims he’s getting over a bad divorce, but he knows that Holly knows he’s lying, and that the Grief Eater will be very displeased at his failure to cut her off at the pass.

Holly lays out her dizzying case, providing Heath Hofstetter and Maria Canales’ stories as backup and stating that she believes that they and Terry were all themselves victims of an otherworldly being. It seems like an extremely wrong and bad idea to invite Glory to the meeting (particularly since no one knew going in exactly what Holly was going to say), and, indeed, Glory reacts to it with furious disbelief. So too do Howard (Bill Camp) — who tells the titular “Yiddish vampire” joke — and Ralph, who covers his face in anger and embarrassment. Yunis (Yul Vazquez), who grew up being warned about “El Cuco” (and crosses himself after mentioning it), is far more open to the idea, as is Jack, who knows Holly is right, but can’t say why. Also willing to explore the possibility is Alec (Jeremy Bobb), who trusts Holly despite her unorthodox methods, and Jeannie, who knows in her gut that the man in her house, the man Jessa Maitland saw, and the man who stole the van in which Frankie Peterson was later killed in, are all real, and all connected in some way.

Much to Ralph’s chagrin, Jeannie invites Holly to stay at their house. To say that Ralph and Holly’s interactions with each other are tense is an understatement. Holly is embarrassed, and shaken that her findings were received so poorly. On the flipside, the more Ralph is confronted with the impossible being possible, the more hostile he gets. Even when traces of the unidentifiable substance found on Terry’s abandoned clothes are found in Ralph’s home — undeniable proof that Jeannie wasn’t dreaming — all he can do is scowl and imperceptibly shake his head, like a child.

The more Ralph is confronted with the impossible being possible, the more hostile he gets.

Jack, having now failed twice at stopping Holly (even after the command “STOP HER” is literally scratched into his skin by invisible claws), is paid a visit by the Grief Eater, who appears to him, in a nicely macabre (and very Stephen King-esque) touch, as his deceased mother (Denny Dillon). She taunts and beats him, and when Jack wakes up the next morning, not only does his face look like a lumpy potato, but the blisters on the back of his neck are worse than ever. The Grief Eater isn’t just controlling Jack, it’s infecting him, and, like Pennywise, it appears to him as his worst fear: in this case a short, mean old lady.

It’s a nasty trick, but not as bad as, say, appearing before a grieving father in the form of his deceased son. When Holly suggests that a dream Ralph had about his son may have actually been a visit from The Grief Eater, for a moment Ralph looks like he might be considering how many people might miss her if she disappeared. But something inside him, maybe that little thing from childhood that makes us believe in both miracles and the Boogeyman, forces him to consider that she might be right. Watching Ralph struggle with this possibility, holding back tears and insisting “It wasn’t him,” is one of the most heart-wrenching moments of the season so far. This could end up being The Grief Eater’s most successful assault (in terms of how many lives it impacts) yet.

Jack picks Holly up the next morning so she can investigate the barn where Terry’s clothes were found, and she still remains one step ahead of him, immediately noticing the cheap makeup he’s used to cover his facial bruises (“You shoulda seen the other guy,” he attempts to quip). Just as Holly noticed the blisters on Jack’s neck (the same ones Tracey Powell had), Jack finally gets the upper hand in the situation, and “The One About the Yiddish Vampire” ends on a cliffhanger, as they drive off, just the two of them, towards the barn. He’s finally doing something right. 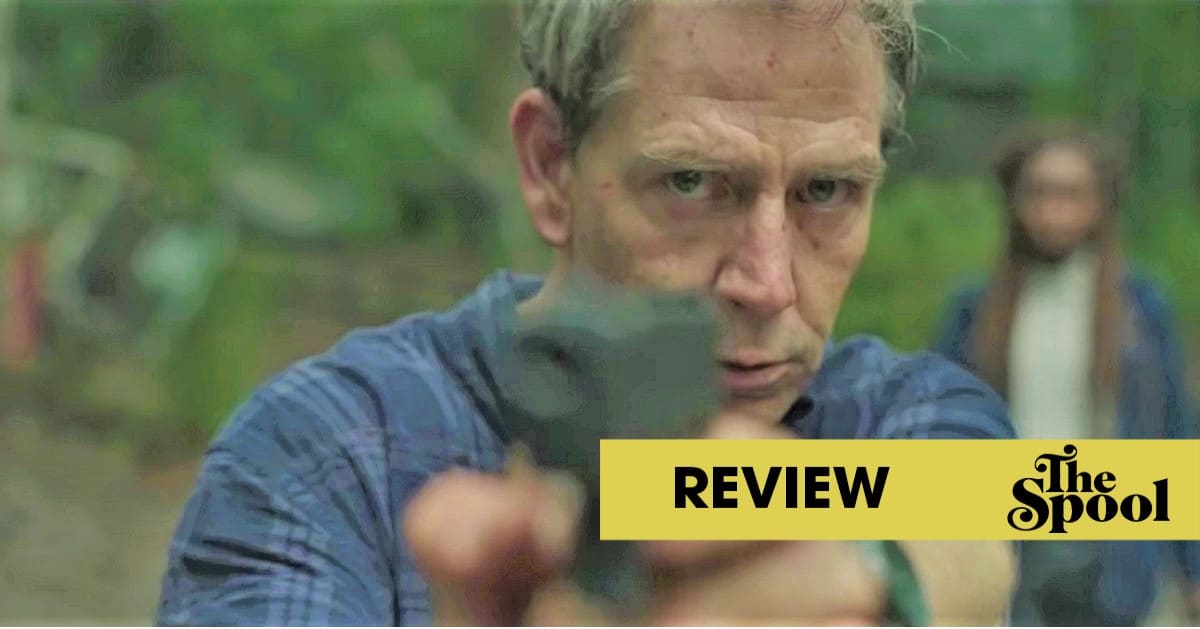 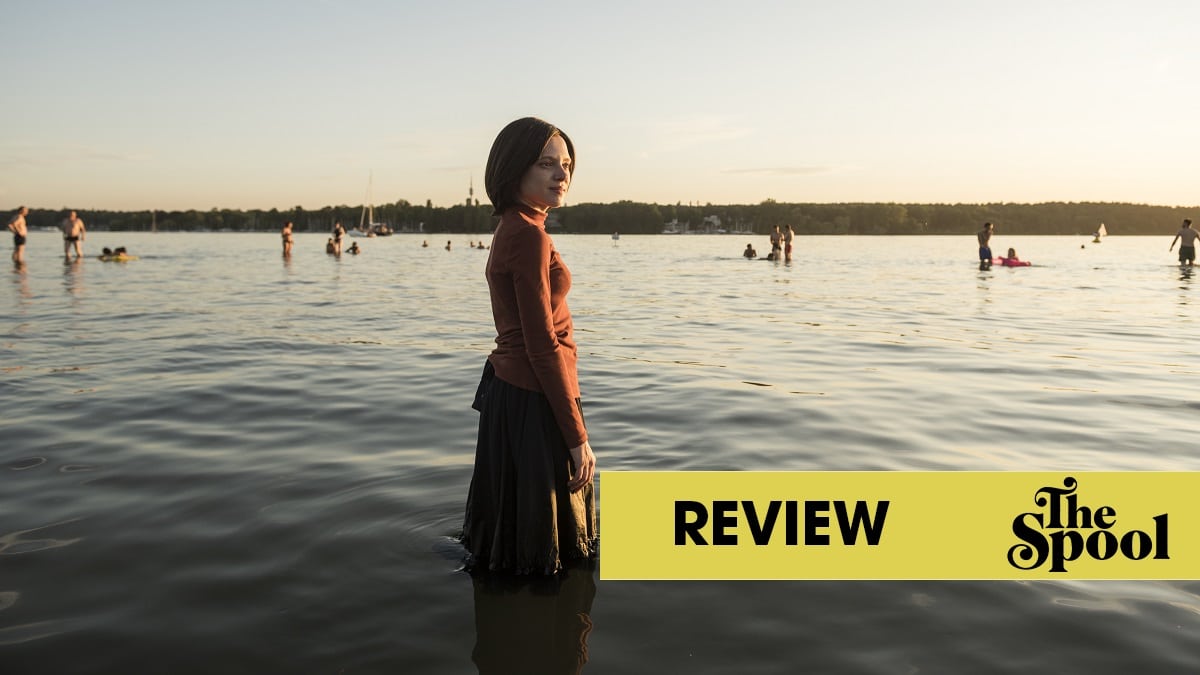 Netflix’s adaptation of Deborah Feldman’s memoir is cinematic and inspiring.