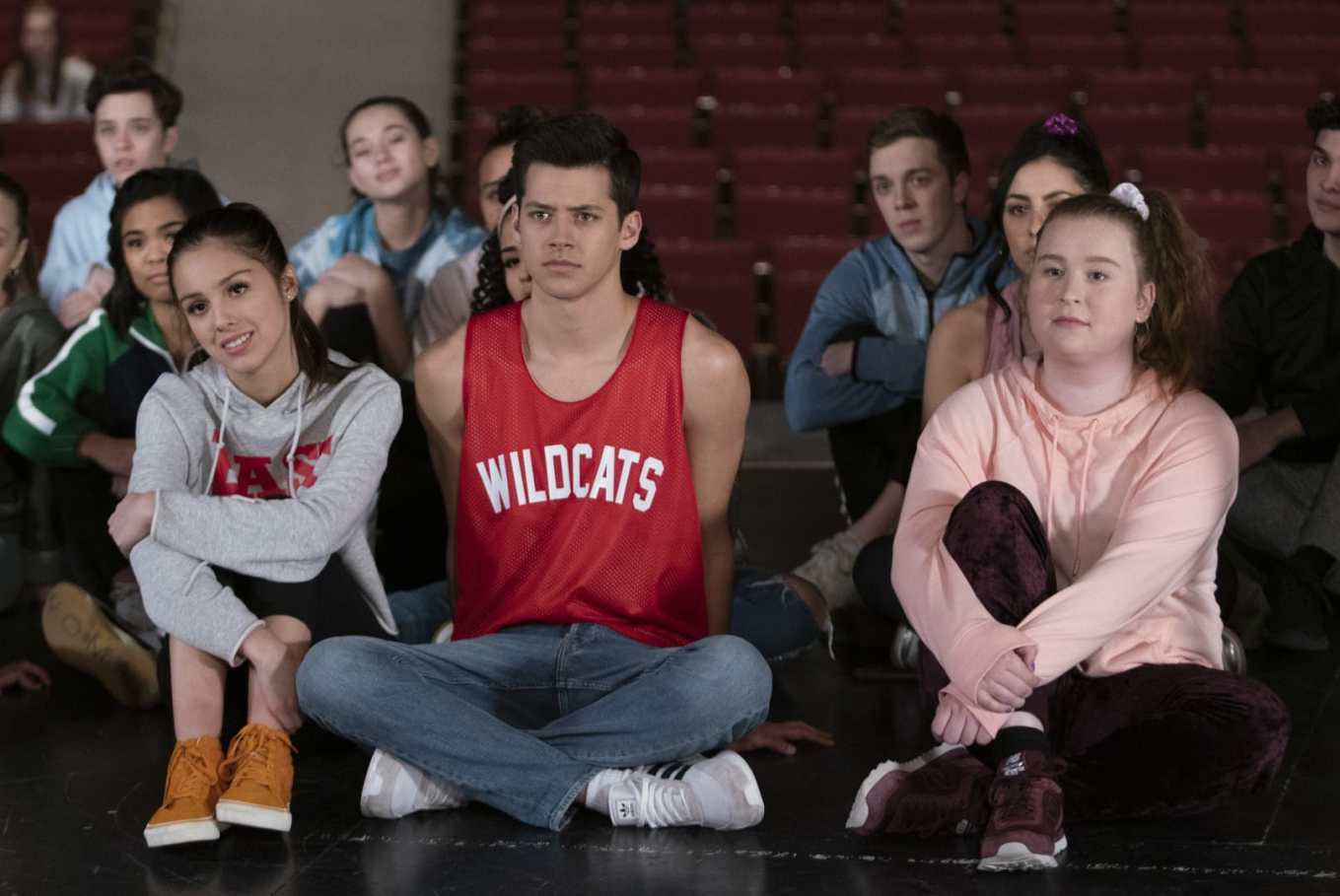 It’s been thirteen years since the Wildcats danced their way into the zeitgeist with the original High School Musical, a ridiculously earnest and hopelessly catchy bit of bubble gum theater that would become a pop-culture behemoth. It was the last days of the Bush administration, a time when innocence and enthusiasm were in short supply, and these movies passed through the cultural consciousness like a cotton-candy scented breath of fresh air. The latter films were not as successful (thanks, Obama), but by 2008 Zac Efron and Vanessa Hudgens had had enough, and so had we.

Never one to sleep on a money-making machine, Disney has revitalized the franchise for Gen Z as a baffling mockumentary-style television series, dizzyingly titled High School Musical: The Musical: The Series. Handsome Riverdale extra Ricky (Joshua Basset) is looking forward to reconnecting with girlfriend Nini (Olivia Rodgrio) after taking a “pause” during summer break. “Today’s the day we start over!” he chirps to his best friend Jughead Big Red (Larry Saperstein), only to discover that Nini has replaced him with EJ (Matt Cornett).

EJ is that rarest of unicorns: a jock who goes to drama camp. Ricky decides to Mr. Darcy his way back into to Nini’s good graces by auditioning for the theater department’s big production…High School Musical: The Musical. To the surprise of no one, Ricky and Nini are cast as leads Troy and Gabriela, while EJ begins to conspire with ambitious transfer student Gina (Sofia Wylie) to sabotage Ricky’s budding career in theater.

A lot has happened since the curtain closed on the original franchise. Five Twilight movies, the end of Harry Potter, Instagram became a household name, Vine came and went, leaving a hole in our hearts that TikTok hasn’t quite managed to fill (yet). You can see these shifts in the pop culture & social media landscape reflected in High School Musical: The Musical: The Series. Even the title has a bit of the sharp and irreverent self-awareness that the original lacked. It never takes itself too seriously, even when it probably should.

When new drama teacher and certified lunatic Miss Jenn (Kate Reinders) opines about the importance of theater with “Give us your tired, your poor…your chosen last for dodgeball,” it feels like misplaced humor at best, considering there are still hundreds of minors still being held in US Border Patrol custody. This comes after Miss Jenn describes a character named Carlos (Frankie A. Rodriguez) as “unpaid labor.”

The cast has some halfhearted attempts at diversity, but having Official Female Best Friend Kourtney (Dara Renee) limited to neck rolls and lines like “POP OFF, GURL!” renders her tirade on intersectional feminism a trifle hollow. This show can’t be intersectional if the writer’s room isn’t. I sincerely hope that Kourtney gets at least one episode focused on her because, in 2019, there is no excuse for sidelining one of the very few black characters into such a one-note punchline.

This show can’t be intersectional if the writer’s room isn’t.

By the second episode, the show has started to smooth out its edges just a bit, the wobbly documentary camerawork has calmed down and the secondary characters begin to acquire names and personalities. Some of these are still cliche (the son of a dairy farming family who just wants to sing) but others fare better, such as EJ’s cousin Ashlyn (Julia Lester), who receives screen time, the beginnings of a personality, AND the show’s best song. The teen drama, however, has just begun.

During the show’s first read-through (where a perplexed Big Red is voluntold to act as stage manager and asks us “Did I just join a cult?” – yes, Red, you did. It’s called Disney+) Miss Jenn realizes that Ricky and Nini are avoiding each other. To reignite the “spark” between her show’s two leads, she unsurprisingly and entirely inappropriately writes in a kiss between Troy and Gabriela.

Forcing a teenage girl to kiss a boy that clearly makes her uncomfortable? Progressive! This and a disastrous dance rehearsal cause Ricky to consider dropping out of the production. EJ, worried that Nini is texting with Ricky, enlists his cousin Ashlyn to steal Nini’s phone. Ashlyn doesn’t, but the episode ends with Gina stealing the phone in order to win EJ’s help with her schemes.

The seriousness of each of these plot points is another puzzling element when it comes to the “Who is this for?” question. EJ not only wants his cousin to commit full-on theft for him, but he asks so that he can entirely invade his girlfriend’s privacy. Miss Jenn wants to encourage her high school students to kiss because she doesn’t believe their chemistry (she also uses the phrase “sportsball” because why not). And Gina, while her first bit of maneuvering is encouraging Ricky to return to the show, she ends with committing the aforementioned theft and aiding EJ in his spying on Nini. That’s…a lot. A LOT.

Music-wise, however, Nini and Ashlyn sing the “power ballad” that Miss Jenn asked Ashlyn to write for her character, and it’s good. It’s very good. It’s a great song and they sing it beautifully, and while the lyrics are, naturally, extremely on the nose for Nini, it’s a wonderful sequence.

Hopefully, the show will continue letting Ashlyn write all of the songs. But better songs don’t mean a better show, and there is something cynical and lackluster in this revival. The earnest goofiness of the original movies can’t be imitated, but damn if Disney+ isn’t going to try. In the meantime, we’ll probably just stick to the playlist. 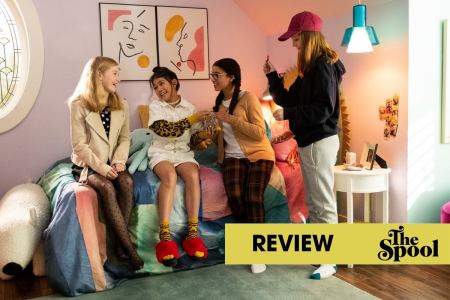 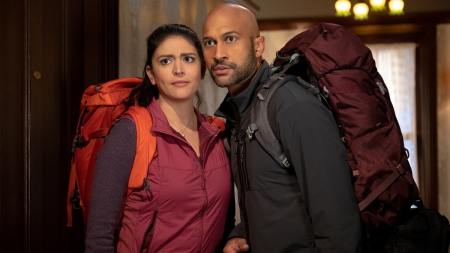 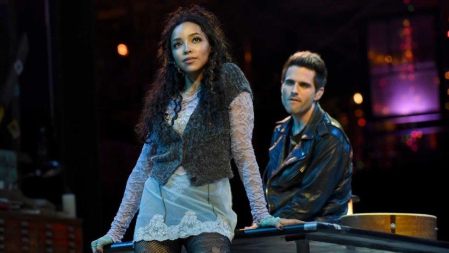 Rent Live Review: How Many Seconds Measure a Live Performance?

FOX's live production of Rent was marred by well-intentioned miscasting and the last-minute injury of an actor, making most of the night decidedly un-live.