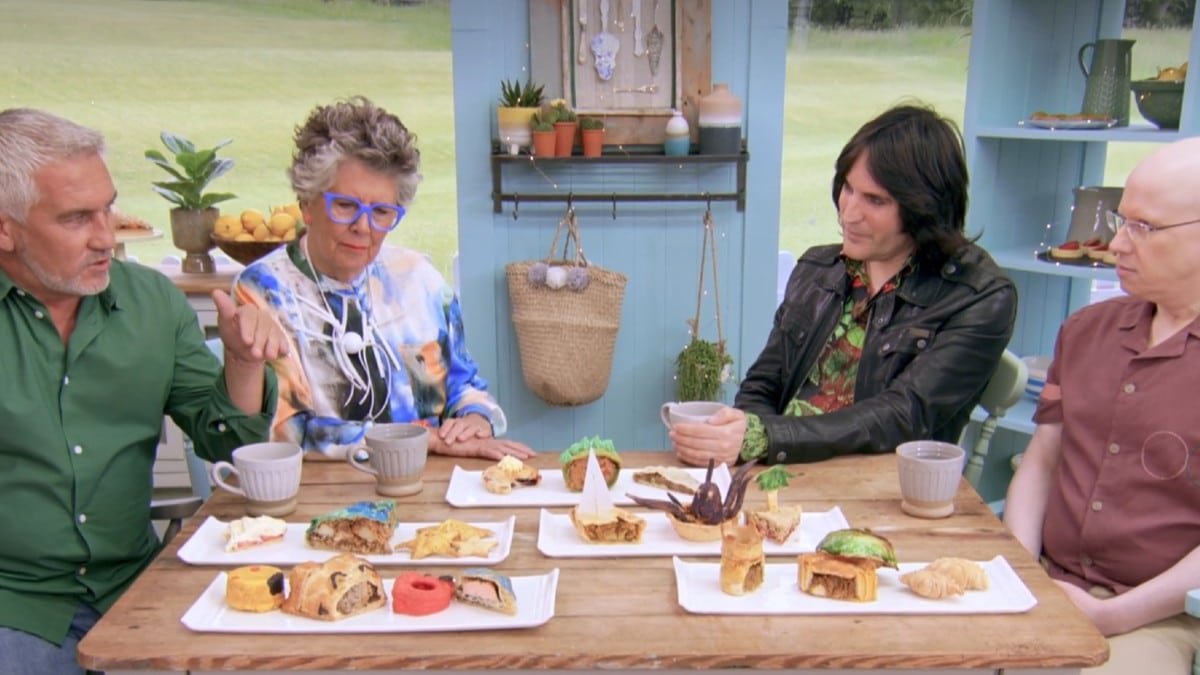 It’s quarterfinals this week on The Great British Baking Show. Only 5 bakers remain – Syabira, Abdul, Janusz, Maxy, and Sandro. At this point in the game, it’s a cutthroat competition, and judges Paul and Prue are looking for nothing short of perfection. One bad challenge could be the ticket home for any of the bakers. Nothing like classic pastry treats to up the ante in the tent!

For this week’s signature, Paul and Prue task the bakers to create 12 sweet vol-au-vents. Vol-au-vents are party snacks, a type of finger food to dine on whilst entertaining. However, the GBBO twist is that the bakers will be crafting sweet vol-au-vents rather than the traditional savory variety. The judges are looking for a puff pastry with excellent lamination that features layers of butter in their puffed-up baked dough.

To achieve the desired lamination, the butter must be kept as cold as possible when folding in-between layers of dough. This method will ideally prevent the butter from seeping out of the dough as it bakes. Seeping butter means a flat, dry pastry. Most of the bakers grate frozen butter as they fold. Maxy opts to use room temperature butter. Paul and Prue are skeptical of this method, but Maxy’s confident she’s used enough ice water to prevent butter seeping.

Overall, most of the bakers have issues with their pastries. Abdul’s seeped butter, even though he had used frozen. Sandro’s oven wasn’t on, so he has to play catch-up as his pastries bake. Janusz and Syabira seem to fair a bit better than the rest of the group, but Janusz’s creme pat doesn’t mix, and he opts to fill his vol-au-vents with whipped cream. Alas, poor Maxy finds her room temperature butter didn’t work, as she watches the butter run out of her pastries in the oven. Syabira seems the only one to come out with tolerable vol-au-vents – her dough may be slightly undercooked, but she achieves a nice height with her pastry, plus her citrus and cream filling is beautiful.

Up next is the technical, set by Prue. She warns the bakers that this technical features 29 ingredients. She tasks them to create 8 spring rolls in 1 hour and 20 minutes. The bakers have to create a thin outer layer of dough, fill it with a savory filling, and then fry the finished rolls. They also have to create a dipping sauce, and Prue’s left off any measurements for the sauce ingredients. It’s a tricky challenge, as the pastry will be fried, and if the bakers use too much water in their dough, they’ll end up with bubbles on their rolls—and Prue wants smooth rolls with minimal air bubbles! Abdul mentions his mother used to make spring rolls, so perhaps he’ll have the advantage in this challenge—an advantage that could lead him to a Star Baker win.

The bakers carry on and get their rolls out in time for judging. Syabira’s dough has too much water comes out undercooked. Maxy’s rolls are too small, as she underfilled the dough. Abdul’s rolls are crispy and feature minimal air holes. Sandro’s rolls also had some bubbles, but counterbalanced that with a nice amount of filling. Janusz mysteriously only plated 7 rolls (but swore he fried 8), but his pastry was the desired amount of crisp.

The technical rankings are as follows: Maxy (5), Syabira (4), Abdul (3), Janusz (2), and Sandro (1). Maxy seems to be having an off week, ending up in the last spot. Syabira’s also in a dangerous position, as her spring rolls could mean an exit at the end of the day. Abdul may not have done enough to get Star Baker with his middling position in the technical. Janusz and Sandro also hit some strong marks in this challenge, but their good luck could take a turn with a bad result in the Showstopper.

The final challenge of the quarterfinal is a 3D pie scene inspired by a favorite childhood story or nursery rhyme. The bakers have 4 hours to create an instantly-recognizable Showstopper scene using a pie crust of any variety. Paul’s looking to achieve “baking nirvana” with this challenge. Taking Paul Hollywood to another state of existence through pies?! The bakers have their work cut out for them!

Most of the bakers go for the classic shortcrust variety of pie dough. Maxy sets herself apart by using filo dough to construct her Twinkling Star scene. Paul seems skeptical, as making filo and then sculpting a 3D scene is a lot to accomplish in 4 hours. Sandro, always opting for the most, constructs a Very Hungry Caterpillar using a 12-page recipe to build 16 pies. Janusz also opts for a Very Hungry Caterpillar, but with a twist – his dog Nigel will play the pie part of the caterpillar. Abdul goes for a Treasure Island scene, creating boats and islands of shortcrust pastries. Syabira takes on Jack and the Beanstalk, filling her pies with Malaysian-inspired curries.

At the judging table, Syabira and Abdul fare best out of the bakers. Abdul’s pie scene was impressive, and the judges found his savory curry pies and sweet crumble tart spectacular. Syabira’s pastry was perfection – “unctuous” in a good way – as she used oil in her crust. Janusz was in the middle ground, as his pastry was just ok, and his decoration could have used a bit more flare. Sandro and Maxy had the most issues—Maxy’s filo planets lost definition in the bake, and Sandro’s pastries were dry and in Paul’s words, tasted like “old boots.”

At the end of the episode, it’s Syabira who is crowned Star Baker. With her third Star Baker win, she’s emerged a leader in the tent. Sadly, the baker eliminated this week is Maxy. She rises up from her chair, saying to her fellow bakers “I told you so.” She knows she had a bad week, but is happy she made it to the quarterfinals. Syabira is a rollercoaster of emotions, unsure if she’s crying sad tears at the departure of her baking friend Maxy, or happy tears at her Star Baker win. 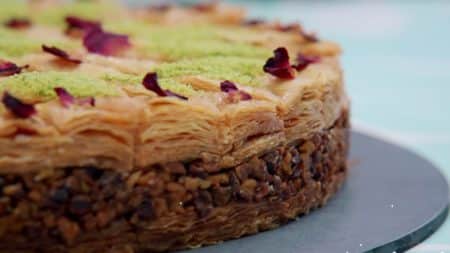 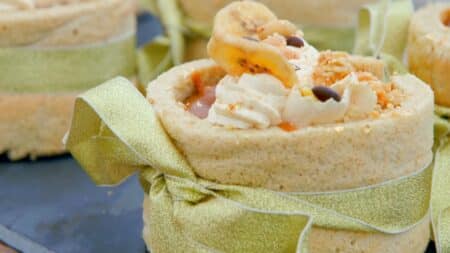