The eagerly-awaited third season of Netflix’s award-winning drama amps up the paranoia and deceit.

The trailer for the eagerly-awaited third season of Netflix’s Ozark hinted at more bad decisions, deceptions, double-crosses, and downward spirals in and around the lives of the Byrde family. What stood out the most though is how unraveled Wendy and Marty Byrde seem to be. Granted, it was apparent from the very first episode that the married protagonists of the award-winning Netflix drama are far from satisfied or content. But there seemed to be a greater chasm filled with paranoia, suspicion, and resentment, separating the Chicago couple. It’s a reminder that no matter what happens to or around them, what transpires between Jason Bateman and Laura Linney is the main draw of the show.

The six episodes released for press (before all ten drop on March 27th) definitely confirm that the problematic couple has their hands full yet again. This season picks up six months after the launch of their riverboat casino, Missouri Belle, which is designed as another way to launder money and provide an additional source of income for Omar Navarro (Felix Solis), head of the Mexican cartel they work for. That means that the cartel isn’t finished with them, which is bad for them and good for viewers.

Besides the management of their new casino in Osage Beach, Missouri, they still have to keep both the cartel and the Kansas City mob at bay, not to mention deal with the remnants of the Langmore and Snell families. Most intriguing is where Marty (Bateman) and Wendy (Linney) are at personally, and what they’re doing behind each other’s backs. This independent activity began towards the end of Season 2, when the unintentional demise of a local pastor saw Wendy taking a more active hand in the leadership of their enterprise — not to mention its dealings with Helen Pierce (Janet McTeer), the cold attorney representing the cartel.

As the last season came to a close, Marty was ready to relocate his family for their own protection and hand the dealings of the casino over to his trusted assistant, Ruth Langmore (Julia Garner), but Wendy had other ideas. She wanted to stay put, saying it would be too suspicious if they up and left – or is that the real reason? It was obvious that didn’t sit well with Marty and Ozark season 3 finds him using surveillance spyware on all of Wendy’s phone calls, suspicious of any dealings she’s making without him. He’s also paying off the couples counseling shrink they’re seeing in an effort to maintain an illusion of trust and compliance.

It makes sense that as a savvy financial planner, Marty would be more conservative and adverse to any risks. But Wendy, with her public relations background, is a bit more forward-thinking, determined to implement her ideas for the business. This leads her to form a more amicable working relationship with Helen (despite understandable concern), who moves herself and her teenage daughter Erin (Maggie Thompson) from Chicago down to the Ozarks for the summer, in an effort to closely monitor how the Byrdes are doing for her client. This gives us a chance to find out more about Helen (something we probably didn’t think we needed, but it certainly makes for some interesting character development), especially the fact that she is as anxious about pleasing Navarro as the Byrdes are.

Considering Helen’s stern disposition in the past, it’s concerning to see Wendy working so closely with her, but it also piques our curiosity. No doubt, she’s not to be trusted, but then again neither is Wendy, which is where Linney’s performance (which has always been great) typically shines. She’s always been quite effective between the lines, when the camera is observing her response, when you can see Wendy calculate what to say next and determine her next move. There’s a sense that she’s in over her head, but it’s quite impressive to see how Linney plays this manipulator and keeps her cool with this dangerous employer (so far, at least).

It’s quite impressive to see how Linney plays this manipulator and keeps her cool with this dangerous employer.

It’s hard to watch characters we know shouldn’t be trusted to work together, but it’s often one of Ozark season 3’s most entertaining draws. Still, some associations are more concerning than others. We expect Marty and Wendy’s separate dealings to be tinged with misgivings and dubious trust, but seeing where young Wyatt Langmore (Charlie Tahan) is heading is very concerning. He distanced himself from his cousin Ruth after the revelations at the end of last season and now winds up working for Darlene Snell (played by the great Lisa Emery) of all people. Little does he know, she is the most unstable and unpredictable person in the area and where the show’s writers take Wyatt’s involvement with Darlene is uncomfortably creepy.

Ozark is filled with characters making one bad decision after another, but there’s a few you actually feel for. There’s the Byrde children, Charlotte (Sofia Hublitz) and Jonah (Skylar Gaertner), because they’re teens prone to making impulsive decisions; you can tend to let things slide. Although Wyatt is someone who has been generally disregarded by seemingly everyone and has gone through the recent loss of his father and uncles, seeing him get into a situation that is obviously bad for him is especially hard. Then again, this is another draw of the show – it’s like driving past a vehicle pile-up on the highway, you feel bad, yet you can’t look away.

Probably the only character that could be trusted on the show was Harris Yulin’s Buddy Dyker, the Byrde family’s basement tenant, who came with their house purchase. He may be gone now (except for necessary cemetery visits), but the writers have brought in an interesting replacement for him: Wendy’s estranged brother Ben (Tom Pelphrey).

Looking like a disheveled southern-fried John Wick, the charming Pelphrey (mostly remembered for Netflix’s Iron Fist) brings an interesting family dynamic to the Byrde residence. He’s yet another character we can’t trust, since it’s clear how volatile he can be, but there’s something about him that’s worth rooting for. Maybe it’s his incorrigible moves toward Ruth and maybe it’s that, in a tough situation, a dangerous good guy will be beneficial. It makes him a welcome addition either way.

Another new character for Ozark season 3 is FBI Agent Maya Miller (Jessica Frances Dukes), who heads a team of operatives who are closely monitoring the daily activities aboard the Missouri Belle. Such a presence is a tight squeeze on Marty’s operation, causing him to become more mindful and creative than ever, yet it becomes clear that Maya Miller may be the first Fed on the show who is uncompromised. She could be a way out for Mary, but at what cost?

Other welcome additions to the show this season have more to do with new locations and unexpected character developments. The season opens with a violent escalation in Mexico as the cartel war has intensified. It’s a good reminder of the potential dangers outside the Ozark community and a necessary big picture step. More time is spent south of the border when Marty is kidnapped, flown to Navarro’s secluded compound and held there for days.

It’s hard to watch characters we know shouldn’t be trusted to work together, but it’s often one of Ozark’s most entertaining draws.

During Marty’s captivity, his thoughts drift back to his youth, when his sick father was hospitalized and we get a glimpse at how his astute observance began at an early age. The use of flashback is understandable in this setting and is something entirely new for the show, providing viewers with some history to Marty and it’ll be interesting to see if and how it is used again. These moments serve to remind us what a fitting role this is for Bateman, one in which has offered viewers a wide breadth of his impressive range.

The tagline for Ozark season 3 is “They Are All In” — meaning everyone in the Byrde family is on board with their criminal enterprise. (Yes, even the children.) It’ll be fascinating to see how the writers, executive producers Bateman, Chris Mundy, and John Shiban, finish off this season, along with show creators Bill Dubuque and Mark Williams. However it happens, we’re all in to see the results.

Ozark comes back to Netflix with a vengeance on March 27th. 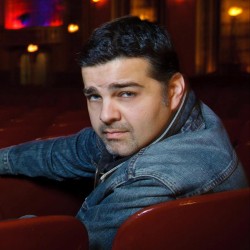 Latest posts by David J. Fowlie (see all)
Liked it? Take a second to support The Spool on Patreon!