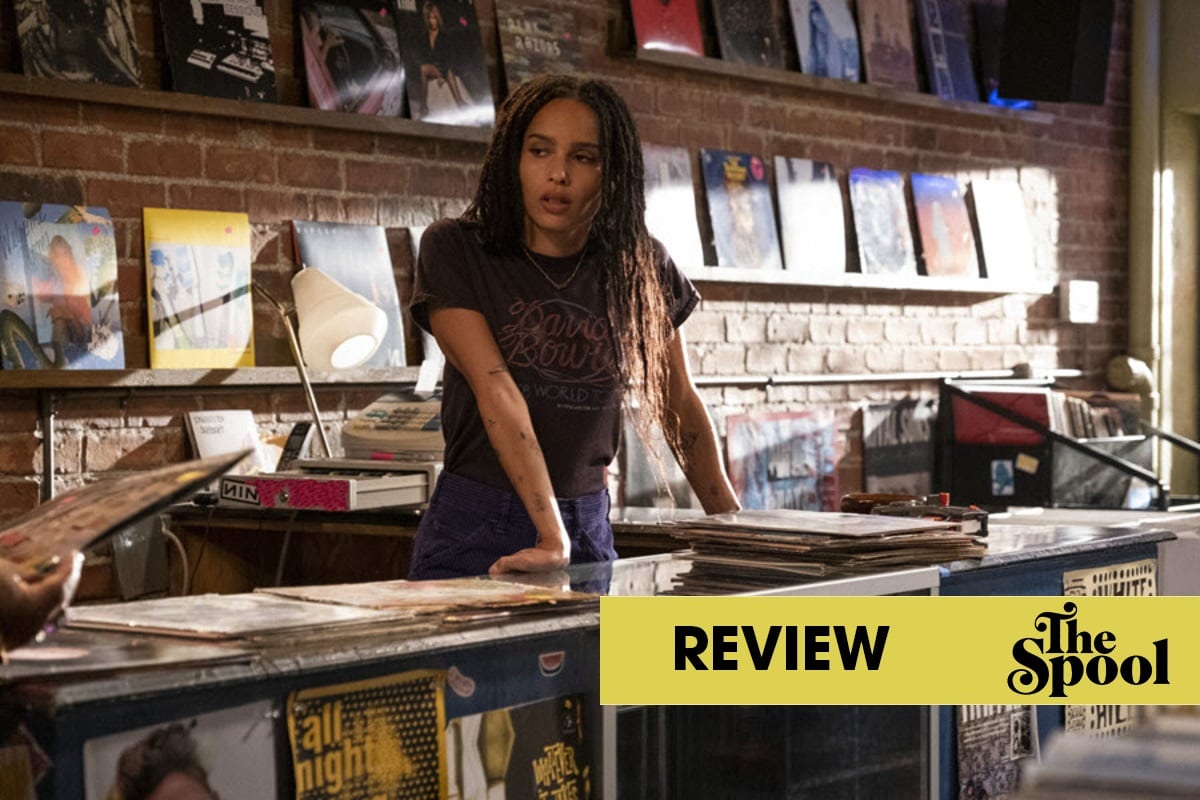 Nick Hornby has made a career out of the unlikeable protagonist, from the philandering Doctor Katie in How to Be Good to the selfish, womanizer Will in About A Boy. By far his most popular–and most adapted–role, however, is record store owner and emotional masochist Rob in High Fidelity. Rob is a self-professed asshole who is fun to watch because we’ve all known that guy. Some of us have been that guy. In Stephen Frears’ 2000 adaptation of Hornby’s novel, Rob is portrayed by John Cusack with a kind of self-deprecating air of vagrancy that some find irresistible.

Twenty years later, though, the world looks a little different. There has been a culture shift with the #MeToo and #TimesUp movements. It isn’t quite as appealing to watch a character like Rob Gordon continuing to fail upwards as it was 20 years ago. Audiences don’t have as much patience for the sort of nostalgia-driven entitlement that Rob and other male characters like him seem to thrive on. Labeling a woman as awful for talking a lot, forcing an ex to admit that she was “not quite” assaulted, or even thinking for a second that any of these women owe Rob an explanation is no longer quite so cute.

With that in mind, why make a newer, updated version of High Fidelity? There is a grimy sort of magic to people who really, really love music and who fall in and out of love because of (or maybe in spite of) music. Hulu’s ten-episode series asks, “Why the hell not?”  While Veronica West and Sarah Kucserka’s take on High Fidelity is new and fresh—at times a painful delight—it isn’t exactly reinventing the wheel. With its expert pacing, fourth wall monologuing and a protagonist covering real emotional pain with sharp observational humor and self-depreciation, it’s hard not to compare it to Phoebe Waller-Bridge’s breakout hit Fleabag.

But where Fleabag was laser-focused on one cishet white woman’s struggles with love and friendship, High Fidelity has a refreshingly broader scope in portraying the pitfalls of black and queer love as well. The music is what binds them all together. It’s a powerful, if subtle thing to see on a major streaming service, people of color and queer people living and breathing music through love and heartbreak in roles that have almost always been predominantly white men.

Starring and executive produced by Zoe Kravitz, High Fidelity moves the action to Brooklyn, still serving as ground zero for hipster culture. Zoe is playing Rob (Robin) Brooks with an air of discontented cool that doesn’t quite manage to cover her penchant for obsessive self-reflection and self-blame. Where did I go wrong? Why am I always getting left behind? Rob is still a bit of an asshole, especially when it comes to genuine nice-guy rebound Clyde (Jake Lacy) and ex-fiancé Mac (Kingsley Ben-Adair).

Kravitz, along with writers West and Kucserka, has managed to retain Rob’s idiosyncrasies (the encyclopedic music knowledge, the all-time, desert island top 5 lists, the questionable sweaters) while diluting many of the more distasteful aspects of the character. In one episode, Clyde calls Rob messy and it fits; Rob is messy. Her whole reason for delving into her past relationships is because the present (one year after her devastating breakup with Mac) is too painful and the future unthinkable. When you swim against the stream of emotional growth like that, it’s bound to churn up a lot of unpleasantness.

Audiences don’t have as much patience for the sort of nostalgia-driven entitlement that Rob and other male characters like him seem to thrive on.

Thankfully, there’s a rich cast of supporting characters who serve either as foils or emotional bulwarks for Rob’s journey into her past. Her brother Jackson (Rainbow Francks) is nearly an exact replica of Rob, but his more destructive tendencies are tempered by wife Nikki (Nadine Malouf). There’s employees/best friends Simon (David H. Holmes) and Cherise (Da’Vine Joy Randolph) who are easily the two most lovable and scene-stealing characters in the series. While Simon still holds a place on Rob’s top five most painful breakups (they dated until Simon came out) his own stand-alone episode serves as a bottle version of the series as a whole.

If Simon is the most level-headed and logical person in Rob’s life, Cherise is the most unapologetically joyful and determined. Her confidence and pride in her own Black Excellence get undercut with moments of a yearning vulnerability that’s so real, you forget all about Rob and her chaotic love life. The show works best when it focuses on Rob, Simon and Cherise as a whole. There is a real love and affection between the three that did not exist in either the movie or the book. It would be too easy to make these characters the roughly-sketched comic relief, but they truly care about Rob and call her out when she needs it, like when Rob catches the interest of rising pop star Liam (Thomas Doherty) who happens to be ten years her junior.

At the end of the day, Rob is still a bit of an asshole, but is self-aware in a way that previous versions of the character haven’t been. She wants to change, and knows it will be a long, hard road to realizing that change. Kravitz has a strange kind of charm that makes you want to see her succeed, even when she’s doing something off putting (which happens frequently). It’s that growth that will keep viewers hooked. That, and one killer soundtrack.