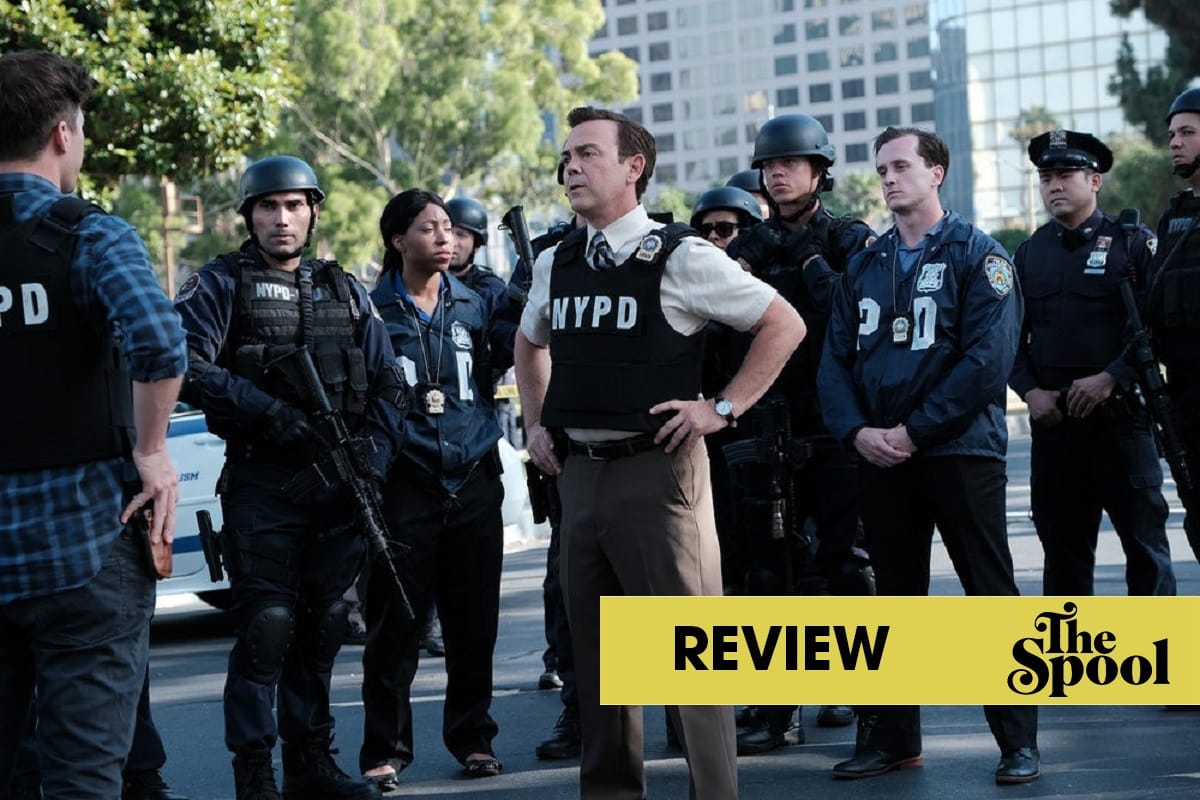 NBC’s cop comedy returns with a two-parter premiere that proves their salvation of the show is no fluke.

Welcome back to the 99th Precinct and a new season of Brooklyn 99! It’s the second season since the move from Fox to NBC, and while the last season was a tad uneven, Michael Schur and Dan Goor’s zippy ensemble comedy is back for more in a two-part premiere, “Manhunter” directed by Cortney Carrillo (who gave us season six’s insanely delightful time warp episode “Hitchcock & Scully”) and “Captain Kim” directed by Luke Del Tredici.

“Manhunter” opens with a fast-paced rush to capture an assassin, with only 5 hours to find and capture an assassin before the mayor lifts the lockdown. Jake (Andy Samberg) is annoyed to see civilians loitering around inside the crime scene and wants to see the officer who screwed this up. Enter uniformed officer Debbie Fogle (Vanessa Bayer) and…officer Raymond Holt (Andre Braugher), now in uniform after Commissioner Wunch (Kyra Sedgwick) demoted him to beat cop for one year.

We’ve watched the love and rapport develop between the detectives at the 99th precinct and their leader, so it’s going to be an interesting shift to see them now in positions of greater authority than his. One of the joys of the show is watching Holt support his team, whether it was a few kind words to Rosa (Stephanie Beatriz) when she came out as Bi, his encouragement of Amy (Melissa Fumero) taking the Sergeant’s exam, or fostering Jake to be the best detective he can be (and while he does have his failings, Jake has always been a good detective.) But now that the tables have turned, we see a more surly and sullen Holt than ever before. Holt feels that he’s lost the respect of everyone, even his dog, telling Jake “he only poops for Kevin now.”

Now Jake has to learn how to give orders to “dad” and both he and Holt have to learn how to work around this new dynamic. Old habits die hard, and despite Holt’s insistence that he be treated according to his rank, he can’t help but take over and steal Jake’s thunder (and his quips).

A hot dog vendor tells the team he saw the shooter, a man in a green hoodie, fleeing the scene. Jake and Charles (Joe Lo Truglio) catch the perp relatively quickly and easily, but Holt thinks it was too easy, and that it would be foolish to lift the manhunt. He thinks the Hot Dog vendor was the actual assassin, so two “Weiner Warriors” are brought in in the form of Hitchcock (Dirk Blocker) & Scully (Joel McKinnon Miller), who thankfully have remained the only two characters in Brooklyn 99 that haven’t grown as people. I honestly hope they never do, a self-aware Hitchcock might be legitimately terrifying.

After Jake sends Holt and Debbie to pick up cones, Holt pulls a Jake Peralta and goes rogue, dragging a reluctant Debbie along, who is only swayed by the promise logging more steps into her pedometer app. Meanwhile, Jake is second-guessing himself. He knows that Holt rose to the rank of captain (despite every possible obstacle being in his way) by being a damn good cop with a wealth of expertise and a killer instinct. He tries to call him back to the command post, but too late, Holt and Debbie have found the assassin…who is now holding them hostage. Luckily foot-obsessed Debbie’s pedometer app (which retails at eighty dollars!) has lots of social features and allows the team to track their location.

We’ve watched the love and rapport develop between the detectives at the 99th precinct and their leader, so it’s going to be an interesting shift to see them now in positions of greater authority than [Holt].

While Jake and Holt have been adjusting to their new roles, there’s a B-plot of Amy telling Rosa she might be pregnant. She’s in full Amy panic mode which is to be expected when things don’t go according to Amy’s carefully-drawn plans. This is why Amy and Jake make such a great partnership, they’re chaos and order personified. But for now, those mood swings are a killer, and Amy has it out for Officer Fuzzypaws, the Nine-Nine’s adorable K9 officer.

After an amusing bit with pregnancy tests purchased from the bodega and Amy’s shy bladder (and both of them having to assure a paranoid Terry (Terry Crews) that they aren’t talking about him) Amy tells Jake she isn’t pregnant. Jake’s attentive concern is touching, and it’s so refreshing to have a television couple who don’t have a lot of manufactured drama or angst. Both admit that the thought of a baby is exciting to them, and they decide to start trying, a year ahead of schedule. Looking forward to a lot of “Title of your sex tape” gags to come out of this.

But before we get more of that, it’s time to meet the new boss. In episode two, “Captain Kim,” the team worries about Holt’s despondency over the new captain coming in to take over the Nine-Nine. Everyone agrees they should be able to drive away the new captain by the end of the week, as they’ve already driven away both the Vulture (Dean Winters) and Stenley (Ken Marino). Naturally Jake and Holt are convinced that whoever the new captain is, they’re sure to be a toady and spy for Madeline Wunch. Jake goes so far as to say they’re sure to be “pure evil” when in walks Captain Julie Kim (Nicole Bilderback, who will always be Whitney from Bring It On to me).

Captain Kim glides in like a wish-granting fairy, calling Boyle (now confidently sporting Rosa’s old leather jacket) the “office badass,” complimenting Amy’s file organization (“When it comes to Margins there’s no Margin of error!”) and demanding Terry show off pictures of his daughters. Jake and Holt remain unconvinced of Kim’s greatness, and decide to snoop around the party she’s throwing at her house to find evidence linking her to Wunch.

Captain Kim continues bending over backwards (effortlessly, I might add) to make the team happy, introducing Terry to the administrator of an elite grade school, showing Hitchcock and Scully to the most comfortable chairs in the world, and introducing Amy to someone who developed a new kind of binder, and we all know how Amy Santiago feels about binders. Is it disloyal to Holt to recognize how awesome Captain Kim is? She’s the first Asian-American captain in the NYPD with a passion for charity work that and using a caterer that hires ex-cons, because everyone deserves a second chance.

Jake is convinced she’s too good to be true, and feels vindicated when he sees her locking a room upstairs. Holt offers to create a distraction by going on a drunken tirade so that Jake can pick the key from Kim’s pocket, but that goes about as well as you’d expect. Holt is…not a tirade kind of person (unless he’s…pent up and someone suggests he “needs to bone”). He ultimately throws himself down the stairs to give Jake the chance to discover what’s behind that locked door. It’s a laptop! With an email from Wunch! But it’s also a very cute pit bull, who runs downstairs and attacks the pockets of Terry’s jacket, full of food served to him by an ex-con he put away for ten years.

Kim confronts the team and comes clean about the email. Wunch tried to dissuade Kim from taking over the 99th, but she was determined to take the post because Raymond Holt was a hero of hers, someone who had to fight tooth and nail to get where he is within the historically racist and homophobic NYPD. But there’s too much history between the team and Holt, and Kim transfers out effective immediately. I sure hope we see her again!

In the end things get relatively back to normal, with Boyle passing on the power of Rosa’s magic jacket and becoming regular old Charles Boyle again, and everyone blaming Jake for the loss of a great captain. Even Holt jumps in, and when Jake points out that Holt encouraged him, Holt tells him that Jake should have realized he was in a vulnerable place and been the bigger man. So…lesson learned? It’s good to see that Jake still has things to learn, and Holt still has some lessons to give.

Hopefully this streak of more cohesive episodes continues, as this felt closer to the older dynamic than most of the season six offerings. What did everyone else think? 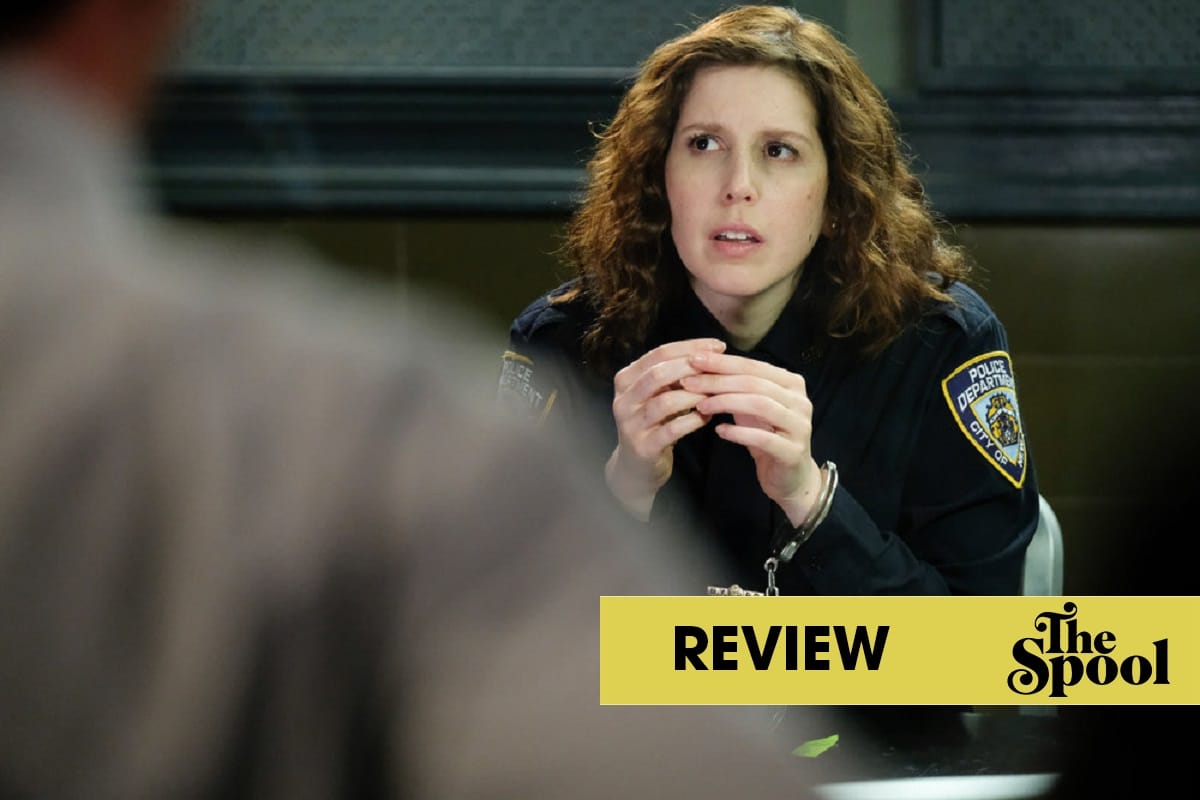 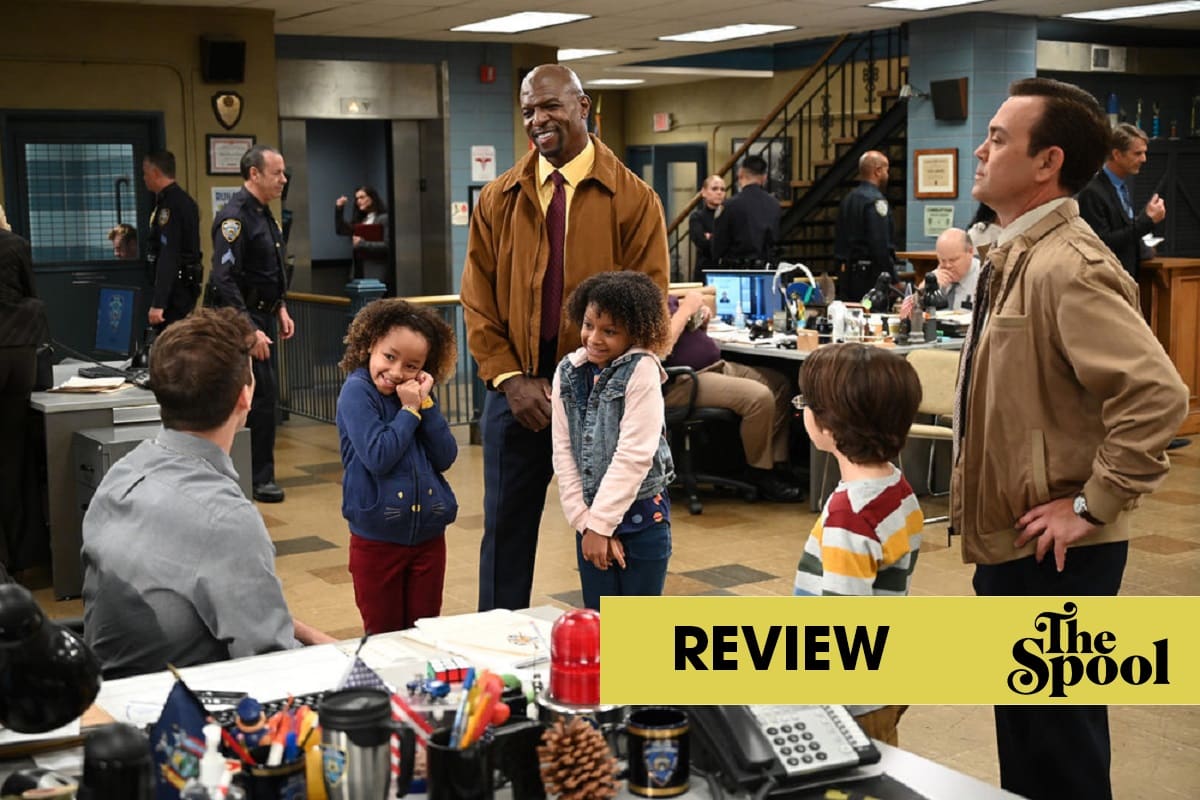