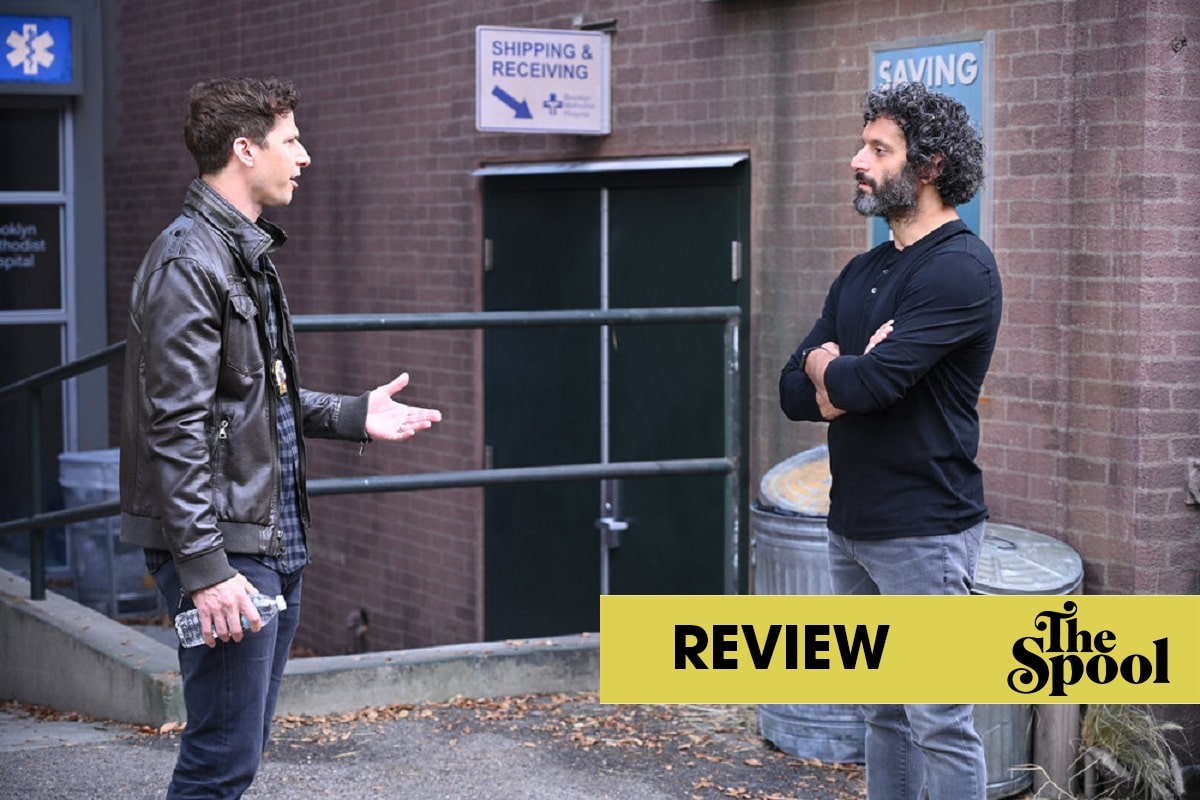 Jason Mantzoukas loses his memory and steals the show.

Well, this was a lot of fun. This week’s episode of Brooklyn Nine-Nine is all about how necessary it can be to clear the air with the people you spend most of your time around, how heavy a secret can weigh, and of course, why Christopher Nolan’s Memento is a good watch…or at least, an okay watch.

Jake (Andy Samberg) has been avoiding Boyle (Joe Lo Truglio) in an effort to respect Amy’s (Melissa Fumero) need for privacy and boundaries while they’re trying to have a baby, which is fair as neither privacy nor boundaries have ever been Boyle’s strong suit. Boyle is feeling the sting of Jake’s avoidance, but Jake is spared making another excuse by everyone’s favorite chaos goblin, Adrian Pimento (Jason Mantzoukas). Pimento is suffering from short term memory loss or “Finding Dory disease” as his doctor (Jim Rash!) explains.

Pimento is always the loudest and most unpredictable element of Brooklyn Nine-Nine, and while he hasn’t had any kind of character arc since his time as Rosa’s intended, he always brings his own brand of squirrely energy to the cast. This time, with his paranoia and memory loss, the antics are more overblown than usual. It doesn’t take Jake long to figure out he can unburden himself of the secrets he’s been keeping (not just his baby plans with Amy but his love of Melissa Etheridge, among other things) to Pimento because he’ll just forget it anyway. Too bad Jake forgot that there are no guarantees when it comes to Pimento, and Boyle finds out pretty much right away that Jake and Amy are trying to have a baby.

Meanwhile back at the Nine-Nine, Terry (Terry Crews) tries to break it to the team that the time for HR’s annual seminar on workplace conflict, and worse…they’re sending “the funny guy.” It’s not difficult to see where this is heading, but Amy’s got a plan to game the system nonetheless, surprising everyone by saying the HR seminar is too boring “even for me. And I love seminars!” She managed to get her hands on a copy of the seminar materials and thinks that, if they can just memorize the whole thing, they can get the seminar over with in record time.

Holt, of course, loves this idea, and while they’re ultimately successful in “winning” the seminar, the funny guy (Paul Welsh, who doesn’t manage to get a single joke in) insists that they’re required to spend a full six hours on conflict resolution. This leads to a lot of yelling and sniping all around, and I can’t help but think two things: one, this would have been a prime Gina Linetti episode and two, if Jake and Boyle were there they’d be getting the brunt of it.

Unfortunately for Jake and Boyle, they’re still Pimento-sitting, this time at the hospital. It turns out his usual paranoia isn’t totally baseless, someone actually is trying to kill him. Jake thinks they can find the attacker by following the tattoo “clues” on Pimento’s back (like in Memento! No? Anybody?) that turn out to be no help at all unless you order a lot of salads from Panera Bread. After a visit to Pimento’s tattoo parlor, they realize the “D” in Pimento’s “Don’t trust your D” tattoo doesn’t stand for “Dong” but “Doctor.” By SVU Rules, the most famous person who guest stars in an episode is always going to turn out to be the villain, and that applies here. Doctor Jim’s wife hired Pimento to find out if her husband was cheating on her, and Doctor Jim has been feeding him pills that make him lose his short term memory since (this has been going on for a few months according to the premiere date of The Masked Singer’s second season, last thing Pimento remembers.)

Jake and Boyle clear the air while literally frozen on a window ledge, while back at the Nine-Nine everyone feels better about having aired their gripes with one another. They’re a team and love each other enough to make Rosa (Stephanie Beatriz) agree to do homework. It’ll be fun to see if they can keep these warm fuzzies going when their next new captain shows up, but for now, I’m just going to bask. 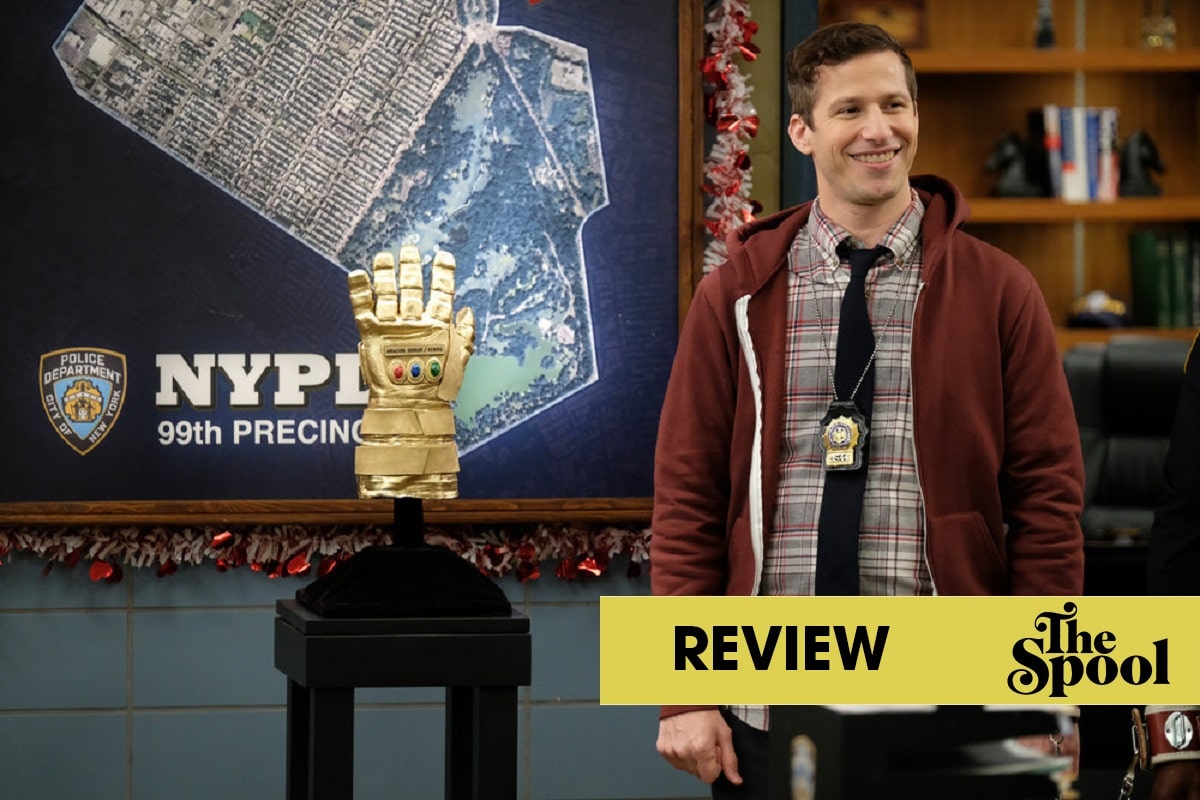 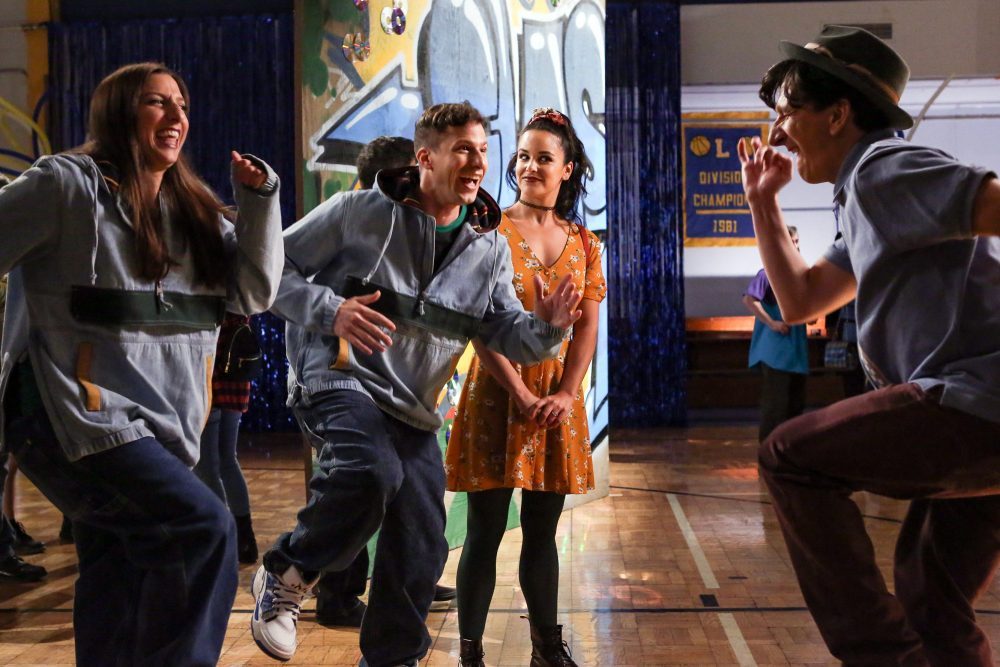 Brooklyn Nine-Nine says goodbye to Gina Linetti in a thoroughly solid sendoff for Chelsea Peretti, even if the B-plots suffer a bit.