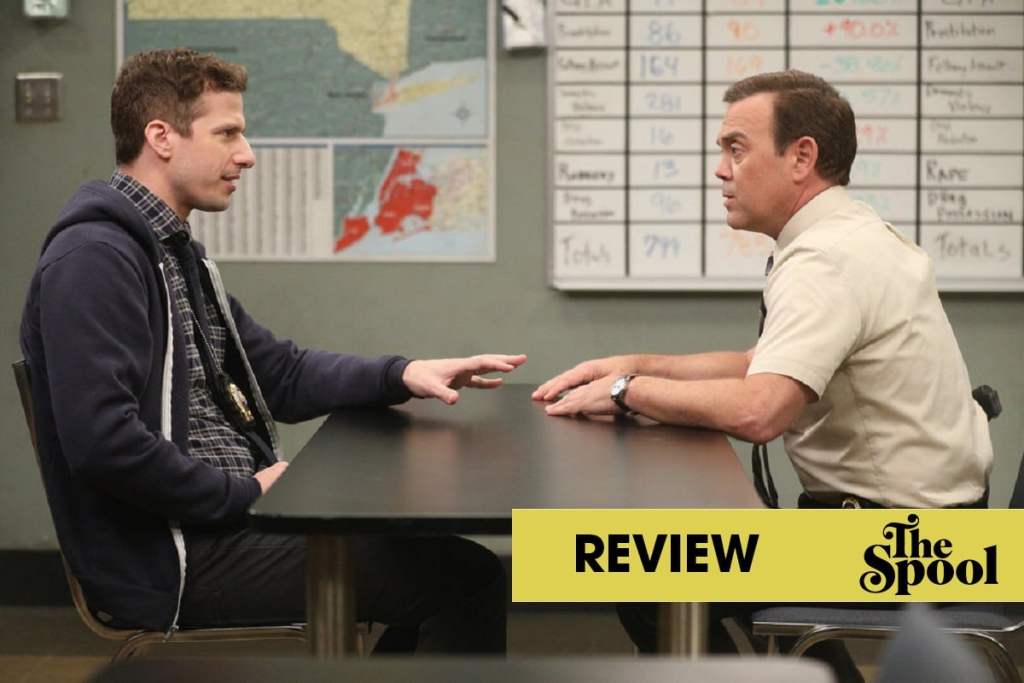 Brooklyn Nine-Nine seems to be making an effort lately, particularly in “Dillman,” to give the friendship between Jake Peralta (Andy Samberg) and Charles Boyle (Joe Lo Truglio) a more equal footing, as opposed to the fanboy worship Boyle has had for Jake going back to episode one. While episodes like season two’s “Stakeout” remind us that there have been moments of friction between them, their dynamic has rarely been more complicated than Boyle being content to stand in Jake’s shadow.

Boyle has proven himself to be brave and tough when he needs to be, however, and in the case of “Dillman,” (directed by our dearly departed Wuntch herself, Kyra Sedgwick) we get to see him as a damn good detective. When a glitter bomb explodes on Jake’s desk and compromises hard evidence, Jake sees it as an opportunity to impress Captain Holt (Andre Braugher) and earn his place on a new Emergency Operations task force. There’s a lot of grandstanding with a bullhorn and “Belgian” accent on Jake’s part, but the squad overwhelmingly believes that only one of them could have planted the glitter bomb. Holt brings in outside help in the form of S.F.P.D. Detective Dillman (a very stylish J.K. Simmons), whose cool observations serve as both love letter and gentle send-up of the genius detective trope. It’s delightful to see Holt and Dillman as the funhouse mirror version of Boyle and Peralta, with Holt consistently affirming everything Dillman says in a very Boyle-esque way.

Boyle has proven himself to be brave and tough when he needs to be, however, and in the case of “Dillman,” we get to see him as a damn good detective.

Jake decides that if he can solve the case before Dillman—whom Holt has deemed the finest officer he’s ever worked with—he will surely earn his spot on the task force. Suspects are eliminated quickly: Scully (Joel McKinnon Miller) by virtue of his love of cookies, followed by Terry (Terry Crews) and Rosa (Stephanie Beatriz), who was on a different floor watching her favorite soap opera at the time. Once Rosa is eliminated, Jake’s suspicions turn to Holt, who drops an entirely different type of bomb: he couldn’t have planted the glitter bomb because he was having lunch with Boyle, Holt’s choice for the Emergency Operations task force. Jake storms off and pouts about this development until Boyle assures him he’d already decided to turn the opportunity down in order to spend more time with Nikolaj, who is making too many friends at school.

When Dillman points to Jake as the suspect, Jake’s detective instincts kick in, leading him to out Dillman as the part-time Yarn Barn employee that he is. In the end, it’s Boyle who discovers the actual culprit—the Assistant District Attorney, with the help of his brother-in-law, who works at the 99th Precinct. Jake is able to admit that he was more upset for himself when he should have been excited for his friend being chosen for the task force. Boyle, despite his pathological need to concede everything to Jake, agrees to accept Holt’s offer. Finally, while Holt may have lost a lot of respect for Dillman, he still isn’t willing to give Jake top spot just yet unless Jake somehow manages to discredit Sergeant Leslie Hunt-Minkoff in a future episode. We can only hope. 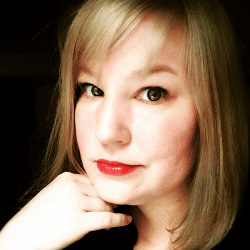 Beau North
Staff Writer at The Spool
BEAU NORTH is the author of four books and contributor to multiple anthologies. Beau lives in Portland, Oregon with her husband. In her spare time, she is the co-host of the podcasts Excessively Diverted: Modern Classics On-Screen and Let’s Get Weirding: A Dune Podcast.

Latest posts by Beau North (see all)
Liked it? Take a second to support The Spool on Patreon!