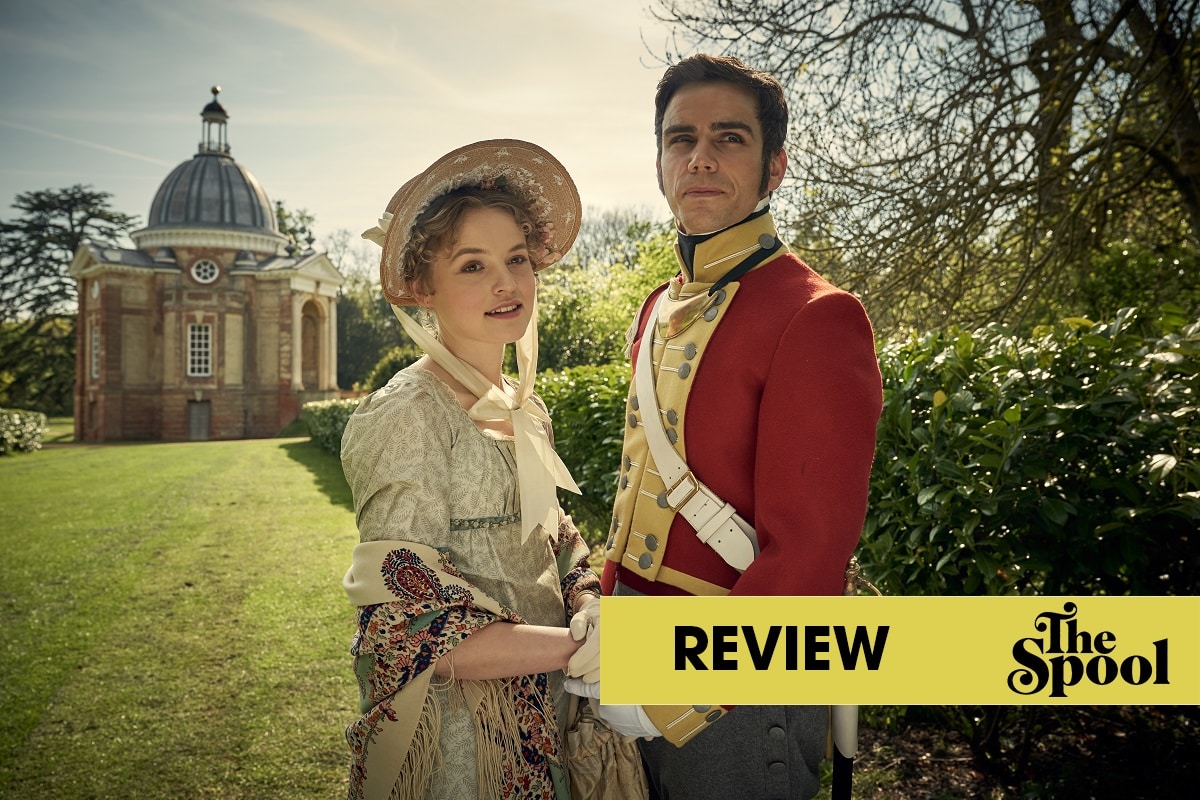 Throughout the six episodes of Epix’s historical drama Belgravia, being “at home” is a recurring theme. Is the lady of the house at home? Do come to my small supper party, at home. Given that right now we are all mainly at home, what better time is there to pour some tea, wrap ourselves in a shawl, and enjoy the dramatic problems of people in petticoats?

Co-produced with ITV in the United Kingdom (where the show has already been airing, so be watchful for spoilers when you’re searching for actors’ filmographies or to understand a bit of etiquette), Belgravia was adapted by Downton Abbey creator and writer Julian Fellowes from his 2016 novel of the same name. With this pedigree, it should surprise no one that Belgravia is a tale of secrets and betrayals amongst the upper classes, with plenty of below-stairs doings as well.

Belgravia begins in medias res: we are introduced to the characters as they attend the Duchess of Richmond’s ball, a historical gathering that took place in Brussels two days before the Battle of Waterloo. James and Anne Trenchard (Philip Glenister and Tamsin Greig) are invited by the Duchess as a favor to her nephew Lord Edmund Bellasis (Jeremy Neumark Jones), and the Duchess is none too pleased when she realizes that she has invited a tradesman and his wife to her ball. James doesn’t even know how to address the Duchess at her own party!

Edmund has invited the Trenchards because he has been secretly wooing their daughter Sophia (Emily Reid) much to her mother’s dismay. The ball is broken up by the Battle of Quatre Bras and many tearful goodbyes are exchanged; when James returns from the battlefield, he comes with the sad news that Edmund has been killed at Waterloo. And that’s just the start of their troubles.

The story jumps to twenty-five years later, when the Trenchards have continued to rise in society though they’re still just a pair of dusty social climbers to the titled folks around them, much to the dismay of the Trenchards’ son Oliver (Richard Goulding) and his wife Susan (Alice Eve). Anne Trenchard attends a tea where she meets the Countess of Brockenhurst (Harriet Walter), Edmund’s mother, and the events of decades earlier come back to haunt everyone involved.

There is so much more to say, every bit of it a spoiler, but the secrets from that pre-battle time are here to affect everyone, from Edmund’s father (Tom Wilkinson), his debt-ridden brother (James Fleet) and nephew and heir John (Adam James) to Lady Maria Grey (Ella Purnell), John’s fiancee, and Charles Pope (Jack Bardoe) a young up and coming businessman in whom everyone takes an interest.

Given that right now we are all mainly at home, what better time is there to pour some tea, wrap ourselves in a shawl, and enjoy the dramatic problems of people in petticoats?

The plots also involve the “downstairs” characters: Anne’s lady’s maid Ellis (Saskia Reeves), butler Turton (Paul Ritter), and Susan’s maid Speer (Bronagh Gallagher). It’s a period piece, there are a lot of characters. Luckily, Fellowes is used to writing for many characters, and director John Alexander (Sense and Sensibility) is used to showcasing them, and the plot, while well-populated, is refreshingly straightforward.

As with many period pieces, the amount of enjoyment you get from watching will have a lot to do with your tolerance for the genre. There are many, many little nuances of society of the time (What do you call a Duchess at home? Who can you greet in the park? Why is it a grave sin to have earned your own money?) and these notes can sometimes get in the way of what’s actually happening.

After the third or fourth “small” house party serves as a backdrop, the audience rather starts to wish that someone would just raise their voice already. Granted, when this does happen, several episodes in, it is legitimately jarring and the viewer realizes how acclimated they’ve become to quiet voices and measured tones. The raised voice is from Oliver Trenchard, in a social environment where we’ve already been informed that such things are not tolerated, and in these situations of class differences Belgravia falters.

“East London?” a character asks at one high society party, entirely befuddled not just that someone would do business there, but that it exists at all. Other characters, upon entering lower income areas or encountering a working-class person, are almost comically put upon by the very idea.

The storyline involving the servants plays around with some larger issues (what other choices are offered to them, how loyal they are expected to be to the family who employs them, etc) but these are ultimately just minor conflicts in the overall storylines of the rich characters. The protagonists, every one, are either rich or were raised to be; the “poor” are just set dressing.

Belgravia is unlikely to transcend any inherent dislike one might have for historical drama, and if you’re a fan then you’ll already know many of the beats. Belgravia isn’t here to shatter any perceptions of the genre, but it’s a comfortable pleasure all the same. It’s a very bingable slice of high-class cheese.

Belgravia will premiere on Epix April 12th at 9pm. 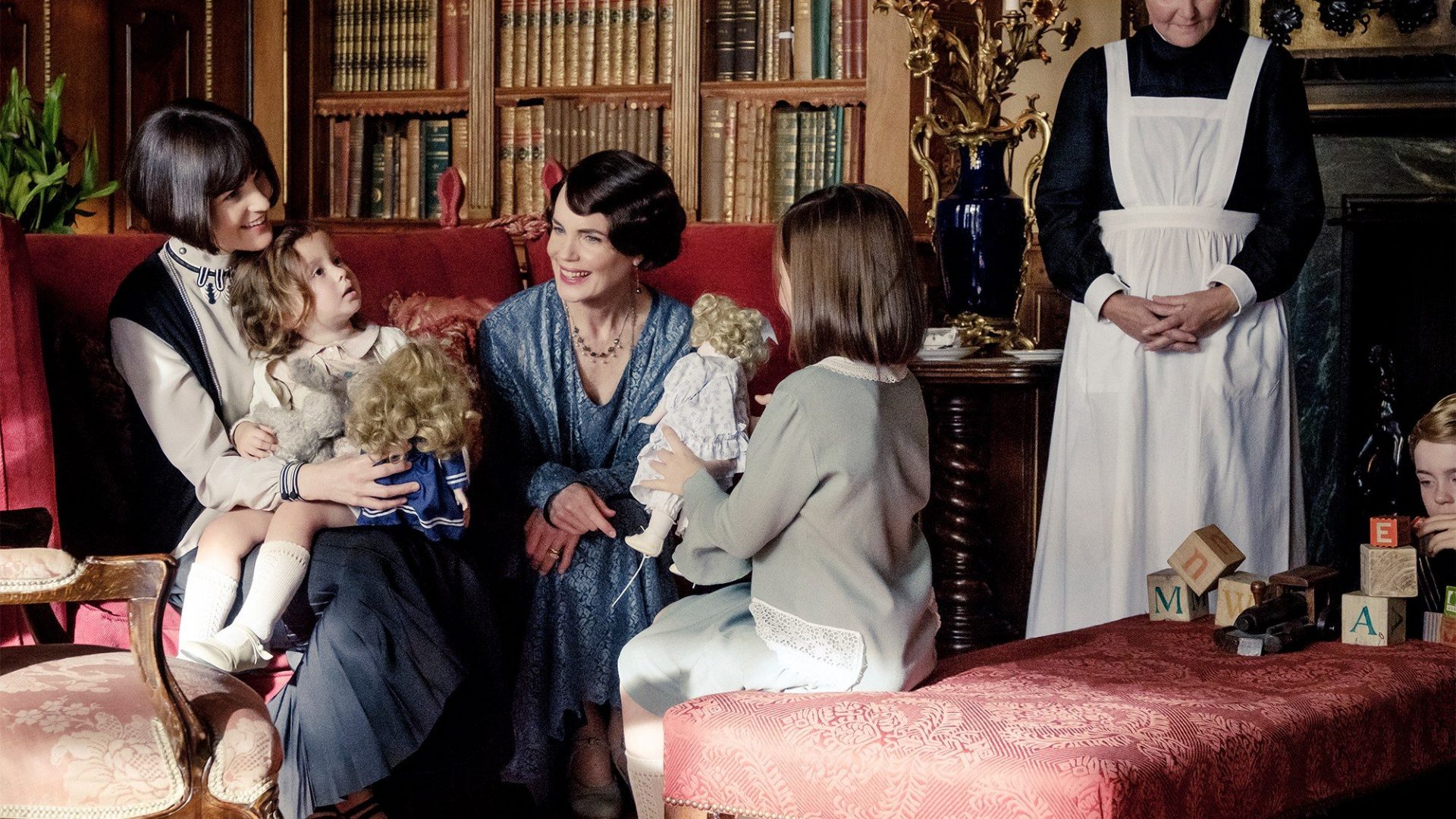 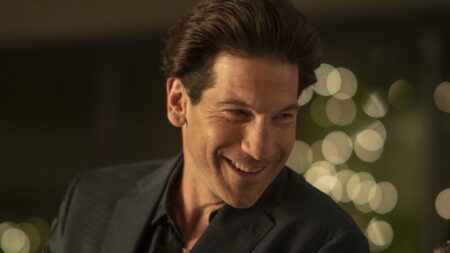 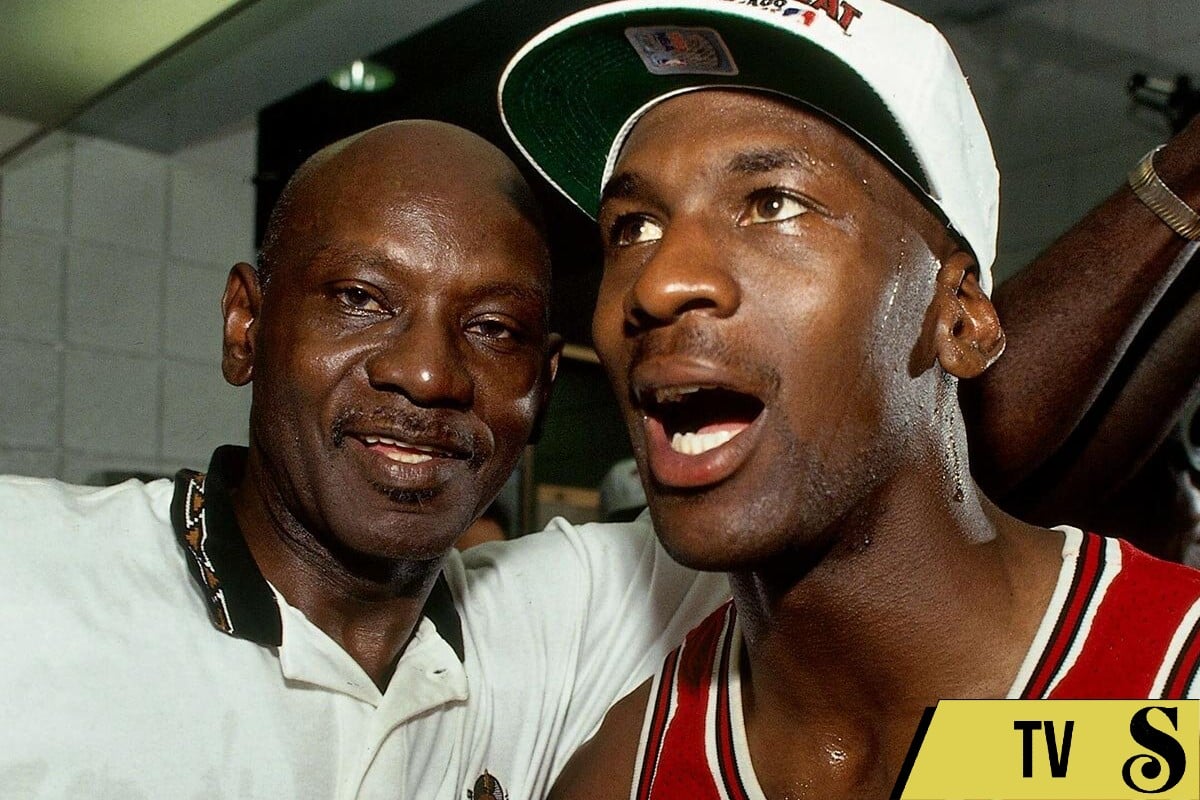 “Moment of Truth” sets up another question of justice

Matthew Perniciaro's docuseries recounts the murder of Michael Jordan's father James, and asks whether or not the wrong man is in jail for it.