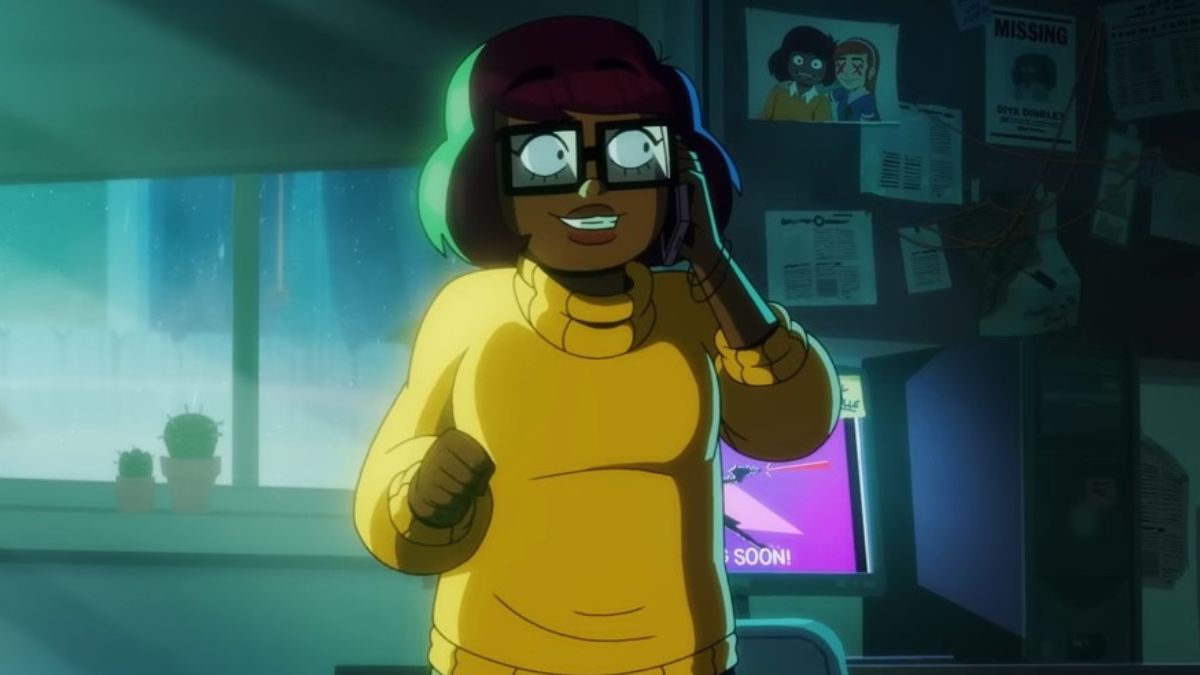 The character of Velma Dinkley inhabits a strange place in the Scooby-Doo franchise. In the context of the shows, she is arguably the most integral member of Mystery Inc, as her intelligence and skepticism make her most likely to solve the mystery first. However, as a supporting character in a franchise that focuses on Scooby and Shaggy’s antics, she is pushed to the sidelines and most viewers remember her catchphrase of “Jinkies” more than they remember her.

However, Mindy Kaling and her frequent collaborator Charlie Grandy are hoping to change that with HBO Max’s new animated series, Velma. This time, the brainy girl isn’t just solving the mystery, she’s also the star of the show.

Taking place before the creation of Mystery Inc, Velma shows the meddling kids as high schoolers in the fictional Crystal Cove. Velma Dinkley (Kaling) is a troubled outcast who has a strained relationship with her father Aman (Russell Peters) after the disappearance of her mother Diya (Sarayu Blue). Her friendships aren’t fairing much better either. She’s had a falling out with her ex-best friend Daphne Blake (Constance Wu), who’s dating the boorish Fred Jones (Glenn Howerton), and her only other friend, Norville “Shaggy” Rogers (Sam Richardson) is hopelessly (and unrequitedly) in love with her.

Velma’s teen-drama angst is interrupted when she opens her locker to discover the body of a classmate with her brain removed. This leads Velma to be arrested under suspicion of murder, and it’s up to her to discover who’s really killing her classmates. Unfortunately, Velma experiences horrifying hallucinations every time she attempts to solve a mystery. Somehow, she’ll have to overcome her fear of solving mysteries if she hopes to clear her name.

Despite taking place before the group coalescing, Velma is more an alternative universe reimagining of the characters as opposed to a reboot of the franchise, and it’s missing a lot of the key elements of a Scooby Doo series. The crimes are more serious, and there aren’t any men in monster masks running around. There’s also, by studio mandate, a lack of a certain talking dog.

The most noticeable change from the classic Saturday morning cartoon is the reimagining of its characters. I’m sure there’ll be a lot of digital ink spilled over the race-swapping of three out of four of the main cast (Velma is South Asian, Shaggy is biracial, and Daphne is East Asian), but these are the least interesting change that Velma makes. Far more interesting is how the series plays with the meddling kids’ established personalities.

Wu’s Daphne is a more multi-faceted character than we’ve seen in the cartoons. At first, she seems like the typical “pretty girl who abandons her nerdy friends.” However, as we follow her search for identity (she is adopted by two moms played with comedic excellence by Jane Lynch and Wanda Sykes), we see a complicated young woman navigating her place in the world. The new portrayal of Shaggy (who goes by Norville) downplays his cowardice and appetite and instead makes him a nice guy “simp” who is desperate for Velma’s attention, and Richardson plays the part perfectly. Fred is one of the larger departures from his original characterization. Instead of a natural leader, Howerton plays him as a chauvinistic man-child who is trying to escape the grasp of his gruff father (Frank Welker, who played the original Fred).

Despite taking place before the group coalescing, Velma is more an alternative universe reimagining of the characters as opposed to a reboot of the franchise.

Velma’s character change is similarly dramatic. In most renditions, she is played as nerdy, but nice and normal. Here, Kaling plays her as a chaotic gremlin: angry, self-centered, and judgemental. It would be easy to dislike her if it wasn’t for some great jokes and Kaling’s natural charm. Fortunately, Velma does show growth, and watching her learn to become a better person is just as satisfying as watching the mystery unfold.

Said mystery is a doozy. The type of intricate yarn that is intimately tied to the past of every character, and also the history of the town of Crystal Cove. Unlike the Scooby Doo series, there aren’t a lot of obvious clues that would help the viewer discover the villain before the actors. Instead, we are offered vital information at the same time as the characters, and the story relies more on melodramatic plot twists than detective work.

This is because Velma is less of a mystery, and more of a character study. Grandy uses the character of Velma Dinkely to explore intricacies of race and gender in real life media in a comedic manner. Velma’s hilarious exploration of gender and racial norms (as well as a penchant for cursting) is reminiscent of HBO Max’s other female-led spin off, Harley Quinn.

Like Harley Quinn, much of Velma’s humor comes from its penchant for pop culture and metatextual references. There are, of course, references to Scooby Doo and other Hanna-Barbera cartoons (I love to see a joke about Captain Caveman), but the show is more a parody of “serious and sexy” teen dramas like Riverdale than Saturday morning cartoons. The opening scene of the series is a self-referential joke about how the first episode of a series often has increased sexual content to draw in viewers. This conversation is between a group of teen girls in a shower, wearing only strategically placed bubbles. Immediately after this, Velma and Daphne discuss the nuances of formerly white characters being played by actors of color. From the start, you can see what type of show that Velma wants to be.

And I appreciate Velma for being what it wants to be: a comedy that is campy and fun with a take on pop culture that is somehow both simultaneously cynical yet affectionate. While its departure from its source material may be a turn off for die-hard Scooby fans, it still has a lot of love for the franchise in all its iterations, especially for Mystery Inc’s beloved brain. I guess you really can teach an old dog new tricks, even without the dog. 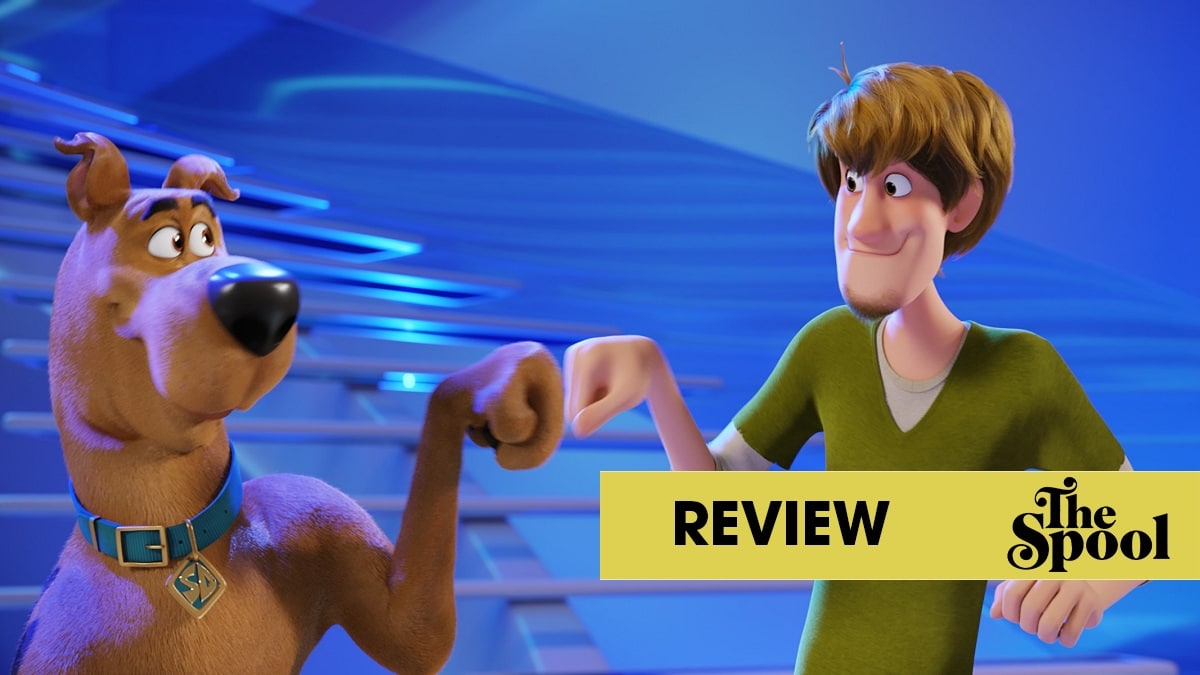 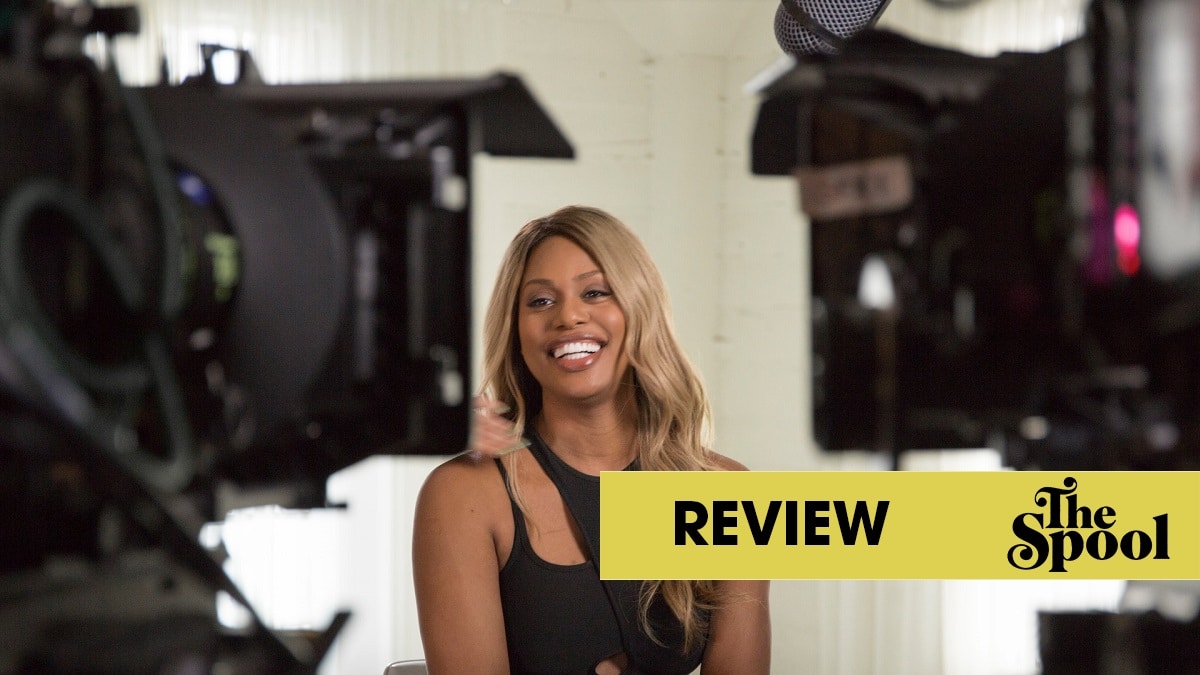 Season 2 of “His Dark Materials” puts lore over character

HBO Max's adaptation of the Philip Pullman novels seems disinterested in examining its characters upon its return.